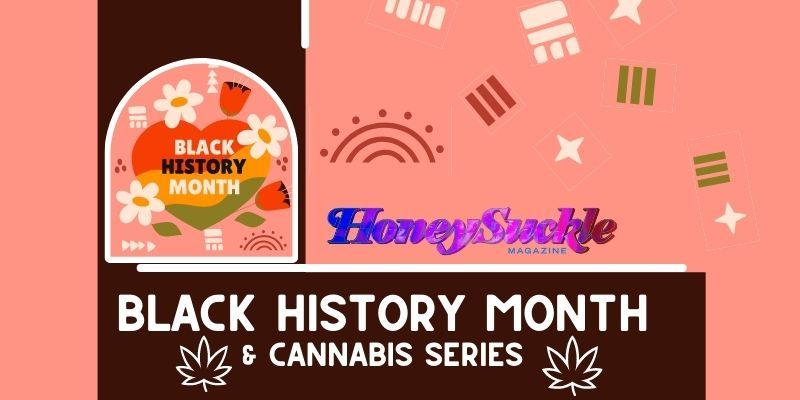 Cannabis and Black History Month? While we are taking time to celebrate the accomplishments of African-American people, we must also address the historical tumultuous relationship between Black people and cannabis prohibition.

Black History Month occurs every February in the United States and is a time for honoring the legacy of Black people. All month long, you will hear of the accomplishments of Black people, both past and present. It is a concerted effort to shine a light on what history might have forgotten. It is also a time for many to reflect on the hardships Black people have endured in the past.

So, why do we wait for the shortest month of the year to acknowledge the hardships and successes of Black Americans? The predecessor of Black History Month was Negro History Week, the second week of February. The week was created by historian Carter G Wilson and the Association for the Study of Negro Life and History in 1926. They chose this week because both Frederick Douglas and Abraham Lincoln's birthdays fell during that time. The extension to a month-long observance was first suggested in 1969 by Black students at Kent University.

Is Black History Month celebrated outside of the US?

What do cannabis and Black History Month have to do with each other?

Why cannabis and Black History Month? The rocky relationship between cannabis prohibition and the Black community is well-documented. While there are current conversations about the growing interest in cannabis legalization and the need for diversity and equity in the industry, the historical context is important. Black History Month is a perfect time to reflect on how the Black community has been historically intertwined with the timeline of cannabis prohibition. Cannabis made its way through the United States through Black and brown people, who were used as stereotypes to fuel cannabis prohibition efforts.

The History of Cannabis in Africa

According to research published by University of Kansas professor Barney Warf, cannabis was first found in central Asia. From there, it spread to the Middle East, India, and Southeast Asia.

Cannabis reached Africa by the 13th century through merchants in Egypt and Ethiopia. Ethiopians have historically cultivated cannabis along with other herbs. Research suggests that Indian indentured servants used cannabis in South Africa for hundreds of years, and it later got into West Africa during World War II.

How did Cannabis Get to America?

At the beginning of the 1800s, British merchants took over a million indentured servants from India to the Caribbean islands. These servants brought cannabis with them. Over time, imported enslaved Africans were introduced to the plant. Once slavery was abolished in Jamaica and Barbados in 1834, Indian workers moved to Jamaica, and the cannabis they brought with them burst in popularity.

Thanks to its healing property and status in popular culture, the plant's popularity would be spread globally over a hundred years later. Many would superficially attribute this popularity to the music of  Bob Marley and other Jamaican musicians. However, Jamaicans had spent years cultivating the plant and still have issues with mainstream acceptance. Damian Marley, youngest son of Bob Marley, has previously discussed the problems related to the prohibition of cannabis on the island.

Cannabis was physically brought to the United States by two different groups of people: Mexican citizens fleeing the Mexican Revolution and newly freed immigrants traveling from the Caribbean to New Orleans.

New Orleans is the birthplace of jazz, and cannabis has been linked to creativity. Some jazz musicians such as famous trumpeter Louis Armstrong loved Mary Jane.

In the same way that jazz music traveled around the country to places like Chicago, Detroit, St. Louis, and New York through touring New Orleans jazz musicians, so did cannabis.

The Reefer Madness Era's Effect on People of Color

Harry Anslinger and the Criminalization of Cannabis

Due to its popularity in jazz clubs and amongst Mexican migrant communities, cannabis prohibition tactics took a racist turn. In 1930 Harry Anslinger took over the Federal Bureau of Narcotics and began using racist propaganda to make cannabis illegal.

Anslinger publicly tied cannabis to jazz, declaring that smoking weed inspired Black people to create “Satanic music,” which they then used to seduce white women. At the time encouraging interracial relationships was considered outrageous. He called the effects of smoking "reefer madness". He also vilified Mexican immigrant communities in his campaign to prohibit cannabis.

Anslinger’s efforts were ultimately successful and cannabis was outlawed in 1937. The targeted attack against Black and Brown cannabis users would only worsen here.

The War on Drugs and Mass Incarceration

President Nixon began what is known as the War on Drugs in the early 1970s. A year after he started that campaign, there was a massive spike in cannabis-related arrests. These arrests primarily impacted communities of color, and it was designed to be that way.

In a 1994 interview with Harper’s Magazine, Nixon’s Chief Domestic Advisor John Ehrlichman admitted that the Nixon Administration purposefully criminalized cannabis and heroin to attack the antiwar left and black communities, both of whom they viewed as political adversaries. Ehrlichman infamously said, "Did we know we were lying about the drugs? Of course, we did."

Following this admission, in 2017, several cannabis patients and the nonprofit Cannabis Cultural Association brought a lawsuit, Washington v Sessions (later Washington v Barr), against the Department of Justice to get the Controlled Substances Act overturned due to its role in the racist impacts of the War on Drugs.

How is this playing out today?

Current arrest and incarceration statistics show that Black people are about 3-4 times more likely to be arrested for a cannabis-related crime than their white counterparts, despite cannabis usage being equal across racial lines.

Corporate interests are invested in taking advantage of cheap prison labor, While the private prison industry profits from having more people imprisoned. After people make it through the prison industry, they are often released with a record that stands in their way of making a living wage. Some are even subject to losing their right to vote. These consequences are felt mainly by the Black and brown communities they continue to target.

Overall, being arrested and convicted of a cannabis-related crime can push you to the margins of society. A place overwhelmingly filled with Black and brown bodies.

The Fight for Equity and Inclusion Is Not Over Yet

Cannabis use and cultivation have maintained a place in popular culture, despite the intentions of the War on Drugs. Its popularity continues to be connected to the work of Black musicians from musical genres such as jazz, reggae, and later, hip-hop. California rappers such as Snoop Dogg and Dr. Dre are known for spreading that influence in the '80s and '90s. Contemporary artists like Wiz Khalifa continue to carry that torch. The popularity of their music has made cannabis slightly more mainstream. That mainstream popularity has aided efforts towards cannabis legalization.

This year, cannabis is legal in 37 U.S. states; there’s hope that federal cannabis prohibition could end soon. States like New York and New Jersey are following the blueprints laid by legal markets in California and Colorado, but with a greater focus on social equity than those seen in any markets before.

There are plenty of cannabis legislative proposals being considered on the state and federal levels. Between 2017-2019, Senator Cory Booker attempted to get the Marijuana Justice Act passed. It would have legalized cannabis on the national level and enacted initiatives to help repair the damage done to communities disproportionately impacted by the War on Drugs.

Stay tuned for Part 2 of the Black History Month Series

Stay tuned for our Black History Month series, where we delve into some of the Black leaders changing the cannabis community past, present, and future. 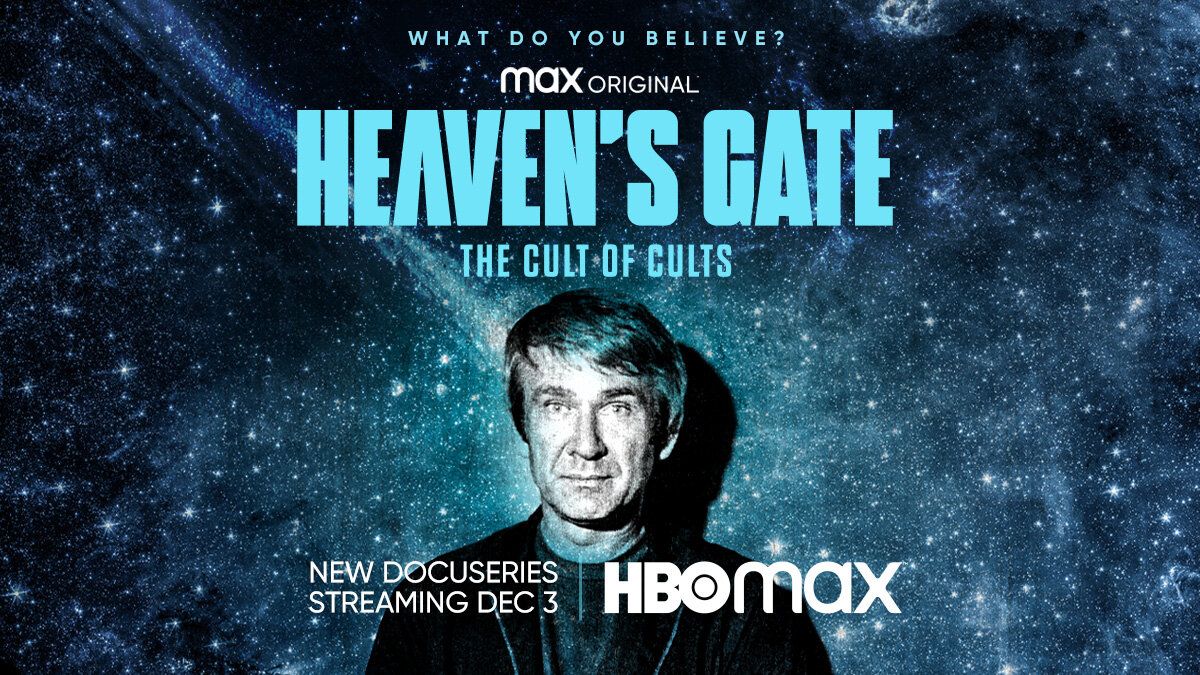 Heaven's Gate: The Inside Story of the Most Bizarre Cult in History 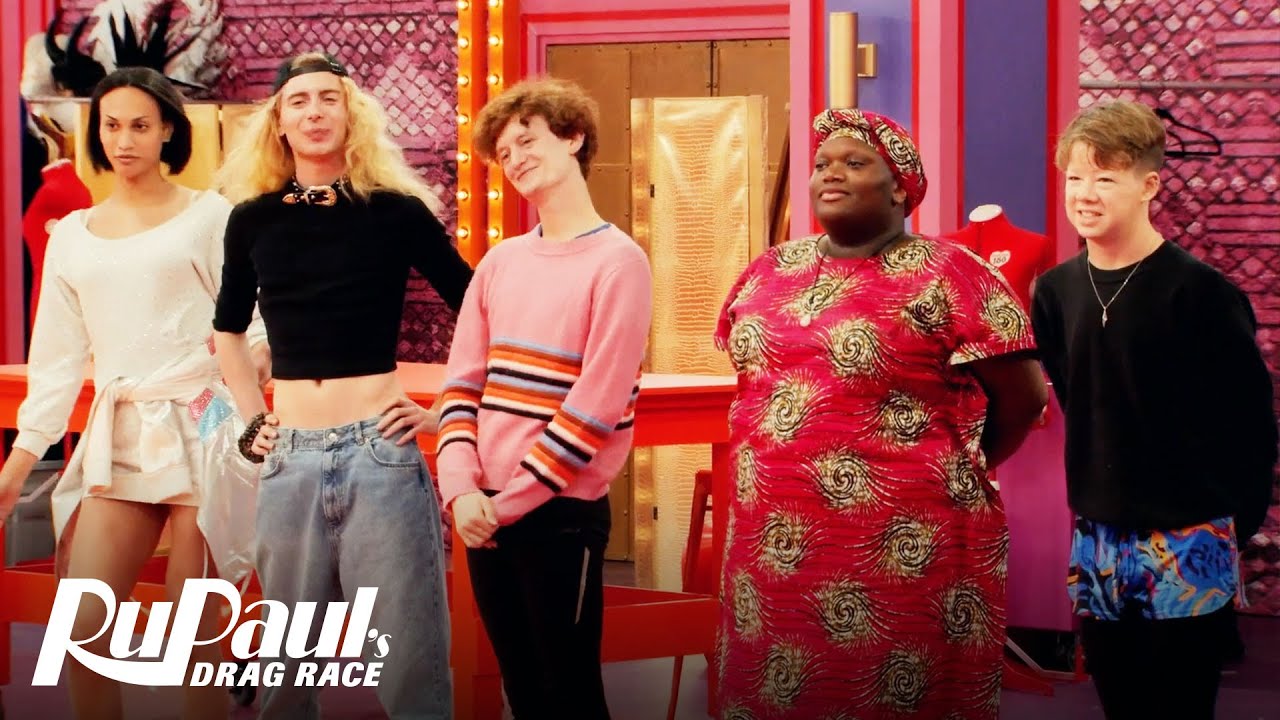