In our CANNABIS print issue, RETRO columnist M.J. Moore explores the winding history of the plant in 20th century American culture, as well as its relationship with jazz. Here are the stories, compiled in a special “director’s cut”.

. . . dragging themselves through the negro streets at dawn . . . angelheaded hipsters burning for the ancient heavenly connection . . . who poverty and tatters and hollow-eyed and high sat up smoking in the supernatural darkness . . . contemplating jazz . . .

Decades prior to Rock ‘n’ Roll’s official emergence in 1955 (when “Rock Around the Clock” topped the charts, conclusively ending the Big Band Era), marijuana enveloped American culture and its rebellious, mostly urban subcultures. Authoritarian laws and policies tried to do away with all that jazz.And it literally revolved, at first, around Jazz.For the longest time, Jazz music, which became mainstream in the 1920s, was perceived by some parents and many preachers, politicians and the police, as the red-hot soundtrack for a subterranean “underground” youth culture where all the races mixed. Marijuana, most of all, inspired the music and then the inevitable interracial sex – compounded, surely, by the myriad temptations of gay and bisexual explorations.In Bop Apocalypse: Jazz, Race, the Beats, & Drugs, independent historian and cultural commentator Martin Torgoff wrote a sweeping account of how a great deal of America’s marijuana debate was scripted eons ago.

America’s current Attorney General, Jeff Sessions, is hardly the first ever to make bold anti-marijuana pronouncements. A quick trip in Ye Olde Time Machine reminds us of the career and the agendas of Harry Anslinger, who back in the Jazz Age loomed large while heading the Federal Bureau of Narcotics.Dubbed “The Paranoid Spokesman,” Harry Anslinger spearheaded an official, structured, mass-media-driven, anti-cannabis campaign as the 1930s unfolded. That multifaceted campaign had everything to do with not just making outlaws of anyone who smoked weed. There was more than that at stake. To forbid by law any and all freedoms regarding marijuana, premarital sex (interracial sex in particular), and the devil-may-care hedonism associated with the Roaring Twenties and its failed Prohibition laws – that was the ultimate goal.Torgoff sums it up like this:

Anslinger became convinced that the only way to ensure against any possibility of a recurrence of what had happened with Prohibition—the phenomenon of a significant percentage of the American population wantonly and brazenly breaking an unpopular law they found obnoxious, living as virtual criminals until the law had to be repealed—would be through a national campaign against the weed.

Harry Anslinger and his Federal Bureau of Narcotics used the mass media of the day (major magazines, movies, plus newspaper articles). Torgoff explains: “Before 1935, the Reader’s Guide to Periodical Literature lists not a single article about marijuana in any major national magazine. From July 1935 to June 1937, four appeared; between 1937 and 1939, there were seventeen.”More and more, those stories highlighted terrible crimes and murder sprees committed by individuals who were allegedly high on marijuana. Demonizing weed at the precise cultural moment when alcohol was again legalized became a crusade that’s still in effect.And suddenly, as the Swing Era uplifted millions of Americans’ hearts and had their dancing feet flyin’ high toward the end of the 1930s, it was clear that for one brief shining interlude, Swing music would invite Jazz right into America’s living rooms and kitchens and bedrooms (or wherever else radios blared). Thus danger lurked. No matter how white the Swing Era appeared, with Benny Goodman crowned “the King of Swing” and Glenn Miller or Tommy and Jimmy Dorsey finding the perfect middle ground between Jazz and orchestrated dance music – their music was still rooted in the Blues, and black culture at large. The Swing Era was integrating America, long before baseball did.Benny Goodman was warned by managers and promoters about hiring masterly black musicians a’ la Teddy Wilson, Lionel Hampton, and guitar genius Charlie Christian. Goodman broke “the color line” and Tommy Dorsey followed when he hired arranger-composer Sy Oliver to write classics like ”Swing Time Up in Harlem” and “Opus One.”It’s no accident that one of drummer Gene Krupa’s biggest hit records was “Let Me Off Uptown,” with “Uptown” being a code word for Harlem. Just as it was no accident that Krupa was eventually framed and busted for marijuana charges, or that “Let Me Off Uptown” incited controversy because white vocalist Anita O’Day and black trumpet-man Roy Eldridge sang the lyrics as a flirty, jive-like duet.

In Bop Apocalypse, Martin Torgoff connects the dots: “Anslinger was prepared to put forth a number of signature images to isolate what he saw as the greatest threats being posed to American civilization. If the first image was that of an ax murderer and the second that of a degenerate schoolyard pusher, the third was equally threatening and pernicious: a Negro jazz musician.”Chronologically, as the early Jazz of F. Scott Fitzgerald’s Roaring Twenties gave way to the Swing Era that tipped out of the Thirties and into the Forties, the all-American craze for alcohol and tobacco was fast supplemented by the rise of marijuana. At the same time, a new generation of young writers-in-the-making consolidated around Columbia University: Jack Kerouac and Allen Ginsberg and others bonded there and had endless encounters and escapades long before the media puffed them up as Fifties Beat Generation archetypes.Kerouac’s writings, from the get-go, were in many ways his prose attempts to capture and replicate his unconditional love for Jazz music. It was Lester Young, in particular, who enraptured young Kerouac with his ethereal, long-line, tenor-sax flights of musical bliss amidst the Count Basie Orchestra in the 1930s and 1940s.Torgoff reminds us that:

[When] Kerouac sat down in April 1951 and spewed forth the 125,000 words that would become On the Road in a cathartic twenty-day marathon, the manuscript contained a dithyrambic evocation of the history of jazz in America, later published as “Jazz of the Beat Generation”—a long jazz-enrhythmed passage that used Lester Young as its central driving force and inspiration and that epitomized the essence of Kerouac’s developing spontaneous prose style.

At the end of the 1960s (by which time cannabis had become for Woodstock Nation what martinis were for the Mad Men generation), poet and artist Diane Di Prima recounted in Memoirs of a Beatnik her own coming of age in the 1950s. Marijuana, sex, music, wine and more all commingled for her as every convention was flouted. Although often stereotyped as the ultimate Age of Conformity, the words of Diane Di Prima remind us that the 1950s (particularly New York in the Fifties) were anything but a Doris Day/Rock Hudson movie.

Here’s one of her earliest Village recollections:

I had been sitting in the Swing Rendezvous, a Mafia-run gay bar on MacDougal Street, with a high school friend of mine. We had both run away from our respective colleges a few weeks before . . . This bar felt “safe” to us . . . The Swing was a haven because it was off-bounds, a meeting place for outlaws. We talked, we drank, occasionally we got up and danced with each other or with one of the “regulars,” straight or gay, whom we had come to know . . .The dance was the Fish, forerunner of the Twist, and much freer. You could dance it in couples, like the old folks danced the fox-trot. In that case you slipped one of your legs over one of your partner’s legs, he slipped a knee into your groin, and you ground your cunt on his thigh, feeling his hard-on with your stomach or the side of your pelvis, while your hands hung casually at your sides, or were shoved into the back pockets of your jeans, the better to thrust your pelvis forward. All the while, your air was casual, and your face betrayed no emotion at all. The dance was the Fish, and the game was Cool.

At the same time, young Norman Mailer (whose best-selling debut novel The Naked and the Dead was published in 1948) fell in love with cannabis. Writing in his trademark third-person mode later in the 1970s, Mailer looked back with fervor:

It started in the winter he was first smoking marijuana. He smoked it with all the seriousness of what was then his profoundly serious heart. It was 1954, and the drug was more important than any love affair he had ever had. It taught him more. Making love to different women, he would attempt to find that place where marijuana had last left him. It was the arena of the particular sensation he chased, as though he had been given a lovely if ineluctable emotion while watching . . .

Well, you get the picture.More than a traditional medicinal healing agent, cannabis has always been a path to an inner realm that leads toward the outer reaches of risk, discovery, and bliss. No wonder the powers that be persist in their pathological efforts to demonize it.

–(M. J. Moore is Honeysuckle Magazine’s RETRO columnist. His novel, For Paris ~ with Love & Squalor, was recently published by Heliotrope Books. He’s completing a biography of Mario Puzo.)See more content like this in our CANNABIS print issue, available now! 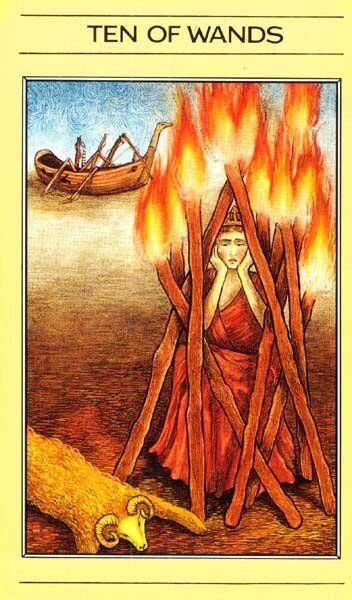 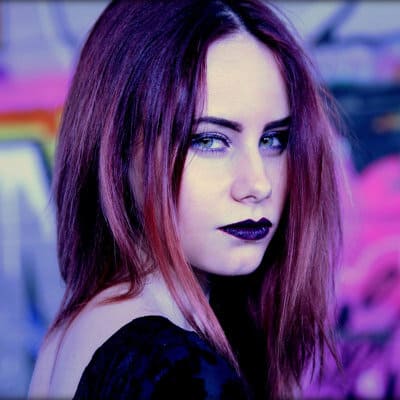