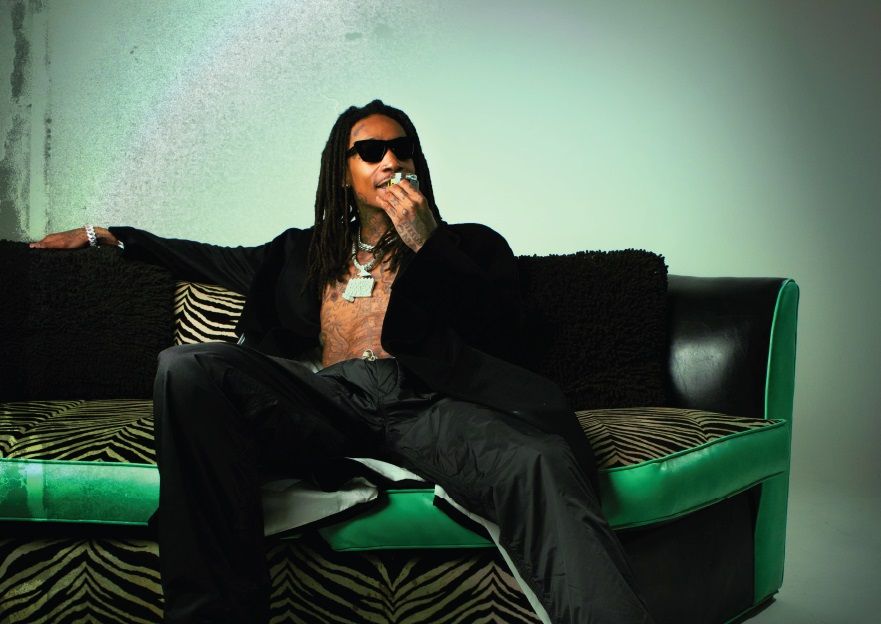 If you’ve ever wanted to experience Wiz Khalifa’s perfect high, now’s the time. The iconic, multi-platinum-selling Grammy and Golden Globe Award-nominated artist has been a champion for cannabis since he first exploded into public attention in 2010, his mixtape Kush and Orange Juice a testament to the plant-based life. This year, his signature strain Khalifa Kush (KK) is celebrating its tenth anniversary, and the team behind the cannabis brand of the same name can’t wait to make it more accessible than ever.

"Smoke Like Wiz": What Is the Khalifa Kush Cannabis Strain?

“Our vision for the company is creating a world where everyone can smoke like Wiz,” says DJ Saul, Khalifa Kush’s CEO. “We’re bringing that to life in every possible way, and having people feel connected with Wiz any time they smoke the product.”

“It really is what Wiz smokes,” Tim Hunkele, KK’s co-founder and COO, affirms. “We wouldn’t put a product out that isn’t of that quality. That’s the guiding light for running our operation.”

The Khalifa Kush strain was developed exclusively for Wiz in 2012. It remained part of his private stash until 2015, when the rapper, alongside Will Dzombak (Wiz’s longtime manager) and Hunkele, high school friends from Pittsburgh, formed the brand to bring the distinctive flower public. (Saul, who’s been close with the team for years, officially came aboard KK in 2019 and runs its Los Angeles team.)

Hunkele observes that even though the company’s origin story is shrouded in myth and legend – “and we like to keep it that way” – he’s amazed by how the brand has evolved.

Today, the company is expanding into several new markets and will have products available in more states than ever before. At the beginning of the year, KK announced its exclusive partnership with Cresco Labs, one of the largest vertically-integrated multi-state operators (MSOs) in the United States, to launch in California for the very first time. Through the cultivation and product collaboration, Cresco’s FloraCal Farms and Continuum is the sole producer and distributor, respectively, of premium branded products featuring the KK strain in the Golden State. Cresco is also responsible for pioneering the cannabis industry’s largest Social Equity and Economic Development (SEED) initiative, which provides numerous new opportunities for KK to empower the local community, a deep passion for Wiz and the company as a whole. The plan has been a home run for all parties involved in many ways.

“FloraCal Farms and Continuum, with their best-in-class cultivation capabilities and significant scale and penetration, have proven to be the premier cultivator and distribution platform in the largest and most competitive market in the country, and we’re honored to partner with their teams to expand Khalifa Kush’s footprint in California,” Saul comments.

“In California, [we launched] with flower and pre-rolls right out of the gate, and we’ll be adding additional SKUs soon,” Hunkele explains. “Predominantly we’re a flower-and-pre-rolls company. Wiz is a testament to that; he smokes flower all day long. But we do have a full lineup of pre-rolls, vapes, and edibles in select markets, as well as various concentrates, budders, shatters, etc.”

The expanded lineups will arrive in California later this year.

Most exciting for music-loving cannabis fans, KK products in the state were first offered exclusively at Cookies stores, beginning with the Cookies Maywood launch on January 28. The globally-renowned Cookies brand was founded by Wiz’s good friend and fellow rapper Berner.

Honeysuckle was live on the scene to capture Wiz Khalifa fans' initial reactions to the launch of KK in California.

Watch the video from the Khalifa Kush California drop at Cookies Maywood:

In February 2022, the KK team announced a partnership with Trulieve for its next state expansion. This brings the storied Khalifa Kush products together with Florida’s largest and oldest medical cannabis company, a national industry leader that currently operates dispensary locations throughout eight states. Through the new agreement, Trulieve becomes the exclusive producer, processor and retailer of Khalifa Kush branded products in Florida and other northeast markets, beginning this summer. Sunshine State consumers, rejoice!

KK, aka Wiz Khalifa Kush, and Creativity: "It's About Experiences"

The interplay of cannabis and creativity, the team agrees, is right at the heart of what drives the KK mission. “For us, it’s about experiences,” Saul notes. “We haven’t been able to create many in the Covid era. But as music, touring, and festivals come back, and with cannabis consumption lounges opening up in major markets, we couldn’t be more excited to bring the brand to life through unique experiences.”

Wiz will be headlining at this year’s National Cannabis Festival, held in Washington, D.C. over the 420 weekend. (Stop by RFK Stadium on Saturday April 23rd to see him live!) This is one of many activations that will occur to highlight KK’s expansion and connection to the cannabis community. And for Hunkele and Saul, that community is everything.

“Unlocking new markets gets us up and moving every morning,” Saul enthuses. “We’re getting ready [for Michigan and Florida launches], with other states later this Spring/Summer that haven’t been publicly announced yet… So our day to day right now is building up the team to prepare for those launches, expanding our genetics and product portfolio, as well as building up our digital ecosystem.”

Typical of the Khalifa Kush ethos, the biggest questions remain a mystery. Not much is known about the Michigan launch yet outside of industry notes released in 2021 that KK would be working with Gage Growth Corp. in that state’s market. Nothing formal has come to light about which other states will be receiving KK launches at the moment (in addition to California, the brand remains available in its original markets of Nevada, Arizona and Utah). As to new product lines, Hunkele confirms that the team is actively testing new strain crosses, and Saul has expressed an interest in exploring additional categories such as beverages.

Where to Buy Khalifa Kush

If you live In Arizona, Nevada, Utah, or California, you can buy Khalifa Kush products in person at select locations or online. Information on Florida and Michigan availability coming soon.

Why Choose Khalifa Kush Weed? Because the KK Team Loves What They Do

KK’s leaders are clearly having the time of their lives amid all the fun. Hunkele loves working so closely with his old friends, and as a computer engineer by training, he says some of his fondest memories are tied to co-creating the Wiz Khalifa’s Weed Farm video game, which has garnered over 10 million downloads since 2017. The game’s success helped support a large donation to the food bank nonprofit Feeding America in 2020; Hunkele and Saul highlight how partnerships with organizations like Feeding America has allowed the company to support the community outside of cannabis as well as within the industry.

And of course, both Saul and Hunkele acknowledge Wiz’s personal commitment to every step of KK’s evolution. The star is involved at each level of product development, and has even occasionally guest-budtended at partner dispensaries and events.

Ultimately that opportunity to bond over a love of cannabis is the reason Wiz, Dzombak, Saul, Hunkele and the entire KK team on both East and West Coast are doing what they do. If the title of Wiz’s most recent album, Wiz Got Wings, is any indication, then Khalifa Kush is following its destiny to go higher and higher – and humanity is ready to be uplifted. 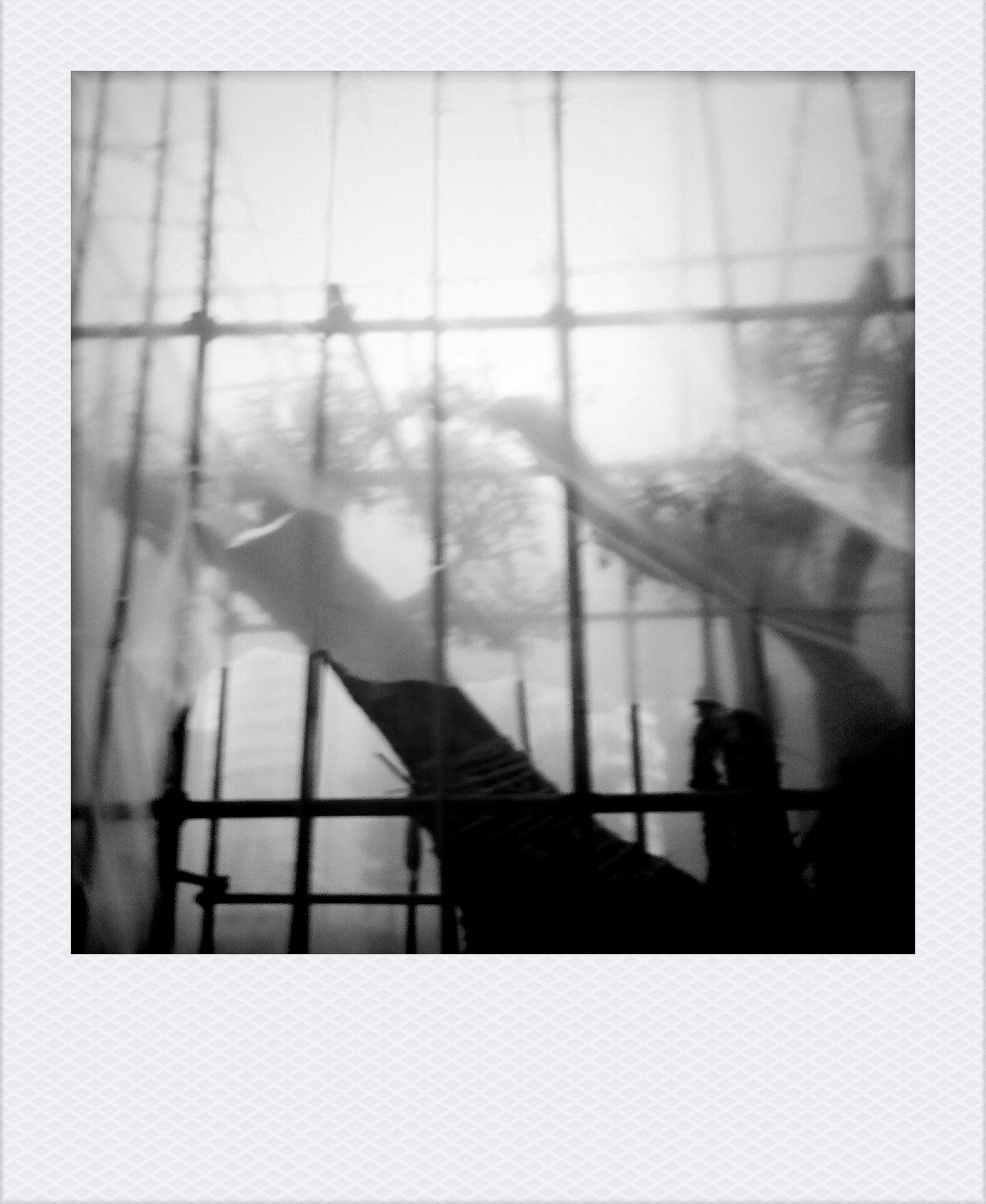 Last Prisoner Project: What 420 Means to Me

The Environmental Effects of Growing Cannabis 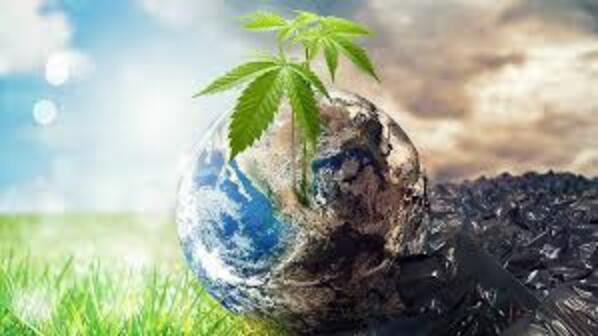