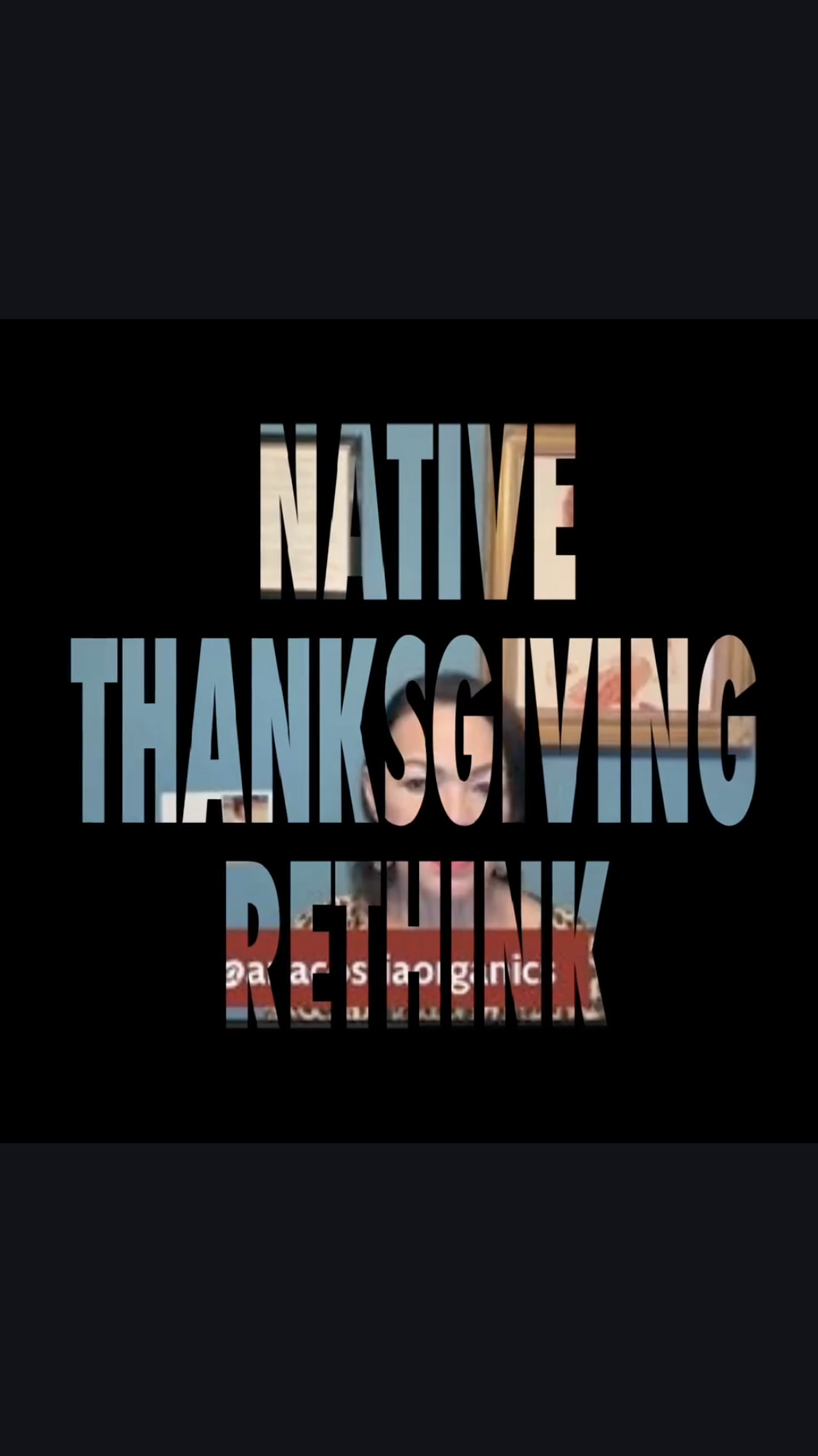 a year ago by Jaime Lubin • 6 min read

In honor of Native American Heritage Month, Women Grow celebrated how Indigenous women in cannabis are creating new economic opportunities for their communities, while reexamining Thanksgiving in the context of historic trauma.

“While some are celebrating this weekend, there are whole communities who are mourning,” said Women Grow President Gia Morón, as she opened the organization’s virtual panel spotlighting Native American Heritage Month. “Black Friday” is officially Native American Heritage Day, and Indigenous people across the country often regard Thanksgiving as a National Day of Mourning for the centuries of trauma inflicted upon them. But Women Grow, the premier national network for professional women in cannabis, aimed to shift the narrative by honoring Indigenous cannabis leaders in a powerful discussion on addressing ongoing communal trauma.

“Our people have always had a special relationship with this plant,” said Oatman. “There’s a need, a very big need, for Indigenous voices and tribal policy [in] the cannabis industry.”

Plant medicine has been part of Indigenous culture, according to Oatman, “since time immemorial,” and cannabis is regarded as a sacred herb to be used in conjunction with other natural remedies for physical and spiritual healing. She founded ICANN and THC Magazine to reconnect Indigenous people with these roots, and to be able to see themselves represented within the pages of a publication.

“I look for the stories to be written by the community members themselves,” Oatman noted. As the panelists agreed, cannabis often gets stigmatized in modern-day Indigenous communities because they fear repercussions from the federal government. Through a history of colonialism, they have been divorced not only from their traditions but also from opportunities to prosper in emerging industries.

“The gulf will get [wider] the longer federal legalization doesn’t occur,” Oatman predicted. “We see tribes where cannabis is not legal, still suffering from the War on Drugs. A lot of our people are not giving themselves permission to heal with this medicine because of the police.”

Indigenous Peoples in the Climate Crisis

“The levels of survival that we have to fight on, it’s not just on cannabis, it’s on other areas,” Bullock explained. She talked about the Shinnecock Nation’s land at the eastern end of Long Island, and the challenges that the climate crisis poses to the tribe’s economic future. Because water borders two-thirds of the land, rising sea levels mean that usable tribal area is quickly shrinking.

To counter this, the Shinnecock Nation partnered with established cannabis company TILT Holdings to bring Little Beach Harvest to life. Through a joint venture with the tribe’s cannabis project development firm Conor Green, TILT is financing and managing Little Beach Harvest’s vertical integration of services. Its consumption lounge and dispensary will open in early 2022.

“When we talk about the cultivation facility,” Bullock elaborated, “it will take an MSO to understand that, [to deal with] climate change… We’re not really generating a large amount of revenue to build something at that capacity, to be able to scale and produce to the demand that New York has.”

Linda Mercado Green understands the struggle all too well. She relayed her years-long effort to get Anacostia Organics going. Green spent the better part of a decade working toward building the business and acquiring a license, hoping to be the first Black female cultivator in the country. However, she reflected, “D.C. has not awarded licenses to people of color in any [significant] way,” and by the time she had the funding and necessary materials to apply, there were no more licenses available.

Anacostia Organics, named for the tribe native to the land on which the dispensary resides (and for whom there is no existing oral or written history), officially opened its doors in 2019. Part of Green’s mission is to provide education and job training for her local community, so that more people from areas disproportionately affected by the War on Drugs can have a voice.

“I was intent on hiring people of color, people from the community, so that we could learn together,” Green said. She teaches her team members everything she knows about cannabis, and frequently hosts educational sessions with outside consultants as well.

Educating and engaging on a local level comprises a large part of Lisa Sundberg’s work also. Originally from a gaming background, she admits being wary of cannabis at first due to the War on Drugs, but was intrigued by hemp’s multiple industrial applications. Recently she started the Indigenous Habitat Institute in Humboldt County, California, to promote awareness of hempcrete, a hemp-based compound used in construction. Sundberg’s current initiative, in partnership with ThinkHemp, aims to build 1500 tiny homes from hempcrete for the region’s homeless population.

“I’m enrolling the entire community in our area to make all this stuff happen,” Sundberg declared. There’s 111 tribes in [California], but only a handful of licenses… We have the largest population of Native Americans in the country.”

Sundberg believes that there needs to be a national emergence of farming education, particularly for Indigenous people to reacquaint them with their heritage of caring for the planet. Farmers grow hemp plants for clothing, bioplastics, fuels, automotive parts, and myriad other uses in addition to the thriving consumable goods and supplements industry. (And, Sundberg notes, they’ve just begun to scratch the surface of the potential for natural psychedelics like mushrooms.) When more Indigenous people have access to this kind of cultivation, especially on reservations, it will revitalize whole communities across generations.

To that end, Oatman is organizing a day of cannabis education for tribal members who are attending the Reservation Economic Summit in Las Vegas May 23-26. She intends for this educational forum to be free to enter, as impoverished tribes usually can’t afford the high price tags of attending multiple conferences per season. It will also be a place for social gathering with more cannabis consumption and less alcohol, which Oatman stated is significant in creating a safer space for these discussions.

Diversity and Visibility in Indigenous Communities

Finally, Morón closed out the panel with a discussion on the diversity and how the wide range of Indigenous phenotypic presentations often challenges the stereotype of what Native Americans “should” look like. “There’s a richness and beauty in all, and we don’t all look the same,” she said.

Bullock and Green took up the mantle, delving into the shared history of their tribes (Shinnecock/Montauk and Meherrin respectively). Exploring the backstory of the Pequot War, they explained that intermarriage between Indigenous slaves and early African slaves was common in colonial America, and that many members of East Coast tribes today have mutual ancestors.

“We are every hue, in every hue possible,” said Green.

There is also an aspect of identity privacy at play, as Bullock described: “Sometimes we’re used to being hidden… But now there is a demand for our visibility.”

The panel concluded with the hope that the work of these leaders and others to spotlight Indigenous culture will bring that visibility back to its rightful place. Oatman urged everyone observing Thanksgiving to remember that “underneath them is the blood of all the Native Americans who occupy – not just occupied, but who still and currently occupy – the land.”

Want to learn more about the location and preservation of Native lands in the Americas? Visit native-land.ca or text your ZIP code to 907-312-5085. Dr. Dabber's E-Rig Vaporizers Light Up Cannabis Enthusiasts at MJBizCon and Beyond 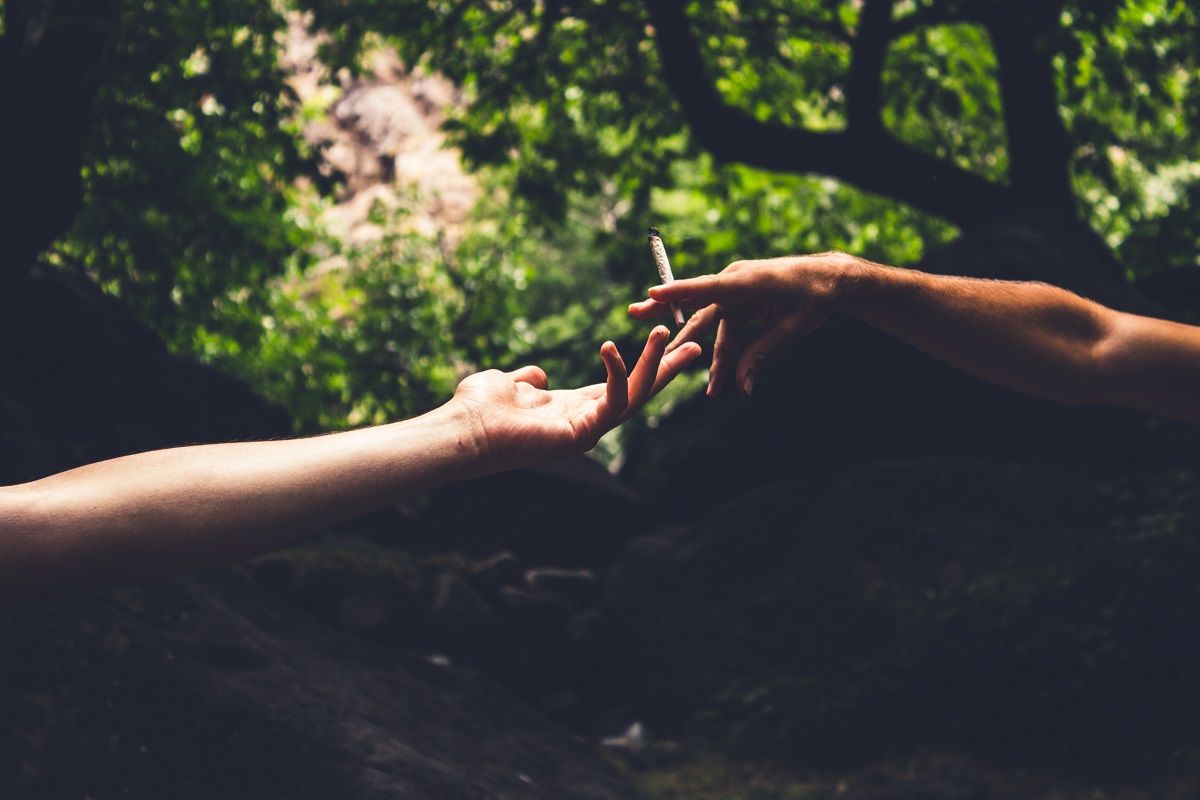