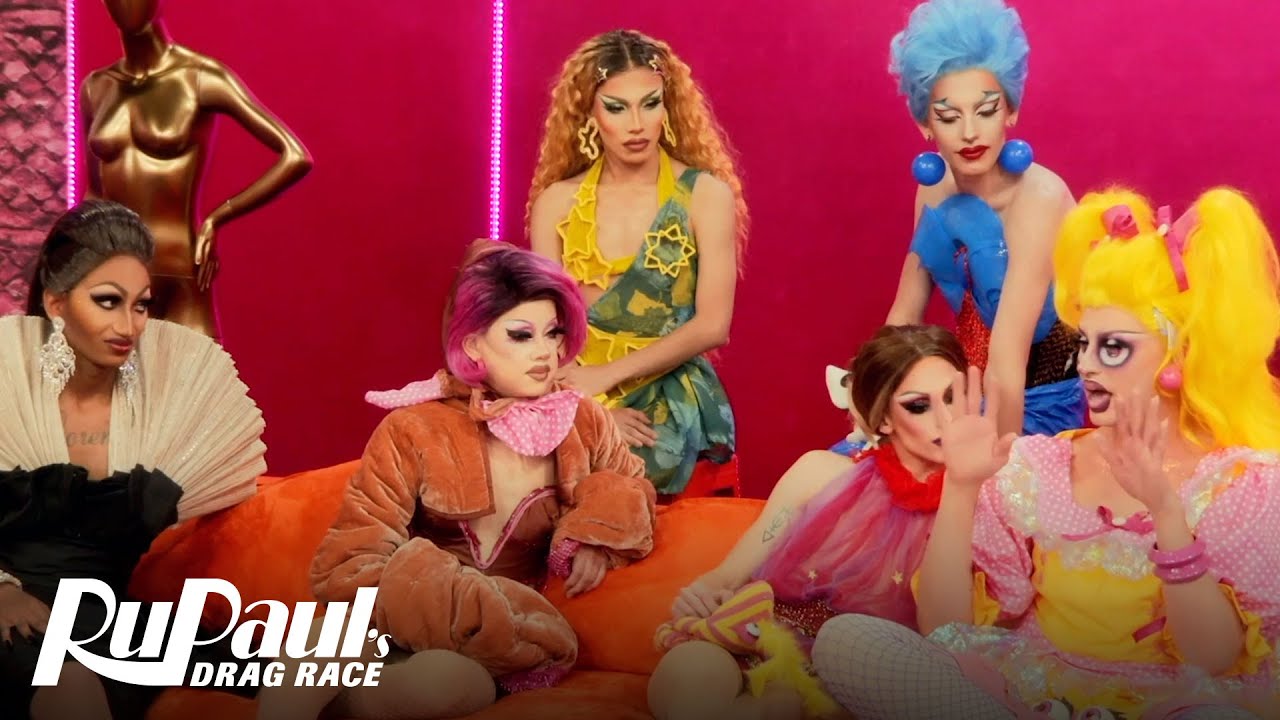 It's back to the future for the RuPaul's Drag Race Season 14 queens as they don shoulder pads for a 1980s soap opera. LGBTQ+ activist Ts Madison guest judges.

Tensions have been high throughout the competition, but this week on RuPaul's Drag Race it's time for the Season 14 queens to channel that energy into a 1980s soap opera. Get ready for your favorite show-within-a-show, The Daytona Wind!

As the contestants enter the Werk Room to process last episode's elimination, they see a goodbye message from Maddy Morphosis: "Don't be afraid to be yourself. Be kind, and be STUPID." One queen definitely not broken up about the results is Jasmine Kennedie, who battled Maddy in the bottom two to stay alive.

"I said I was going to send you home, girl," she declares. "I sent you home."

Willow Pill notes that being in the bottom two and surviving has made Jasmine "invigorated," and that she's obviously satisfied with having the last word on Maddy after the queens had a heated exchange before their fateful lip sync.

"We all know Jasmine needs to have the last word," says Willow.

Meanwhile, Lady Camden expresses her need to get ahead in the competition, and all the queens congratulate Jorgeous on her ranking at the top... except for Daya Betty, who shares her resentment at being just "safe" rather than leading the pack. She feels she did a lot more work on her outfit than the queens who "just glued stuff to a bodysuit," and bluntly tells Jorgeous that "I created a garment from literally nothing... [yours was] just fabric."

Jorgeous snaps back in the confessionals, noting that Daya Betty could very well have been criticized for doing the same makeup look twice in a row (and wasn't), and that her outfit had way too many wrinkles.

This exchange does seem to put a damper on Jorgeous's spirit, prompting Jasmine Kennedie and Lady Camden to encourage her by reminding her that every queen's drag is unique and she should feel proud to have won the maxi challenge. Jasmine particularly observes that Daya Betty is not only jealous, but should stop serving up looks that are too reminiscent of her drag sister Crystal Methyd.

The next day in the Werk Room, Daya Betty apologizes to Jorgeous, affirming she loves her and is proud of her. Though Jorgeous accepts, Daya's delivery leaves many queens thinking she's faking the sentiment.

But before the behind-the-scenes drama can go further, a missive from RuPaul explains that this week the queens will focus on 1980s-inspired theatrics, nodding to top shows like Dynasty, Dallas, The Bold and the Beautiful, and of course Days (Gays) of Our Lives. The girls will film scenes for a new soap opera called The Daytona Wind, directed by none other than RuPaul herself!

We're almost at mid-season, which Mama Ru points out is the time for each contestant to do what it takes to get herself into the winners' circle. And Jorgeous's win last episode has given her a distinct advantage: She gets to assign each queen's role in The Daytona Wind, making her fellow competitors rather anxious.

This week, Ts Madison returns as a guest judge. The actress, media personality and LGBTQ+ activist is widely known for being the first Black trans woman to star in and executive produce her own reality series, The Ts Madison Experience, which debuted last year on WeTV. Madison initially came to public prominence in 2013 through a viral Vine where she bared her body, and became a vocal advocate speaking out about sex work and the LGBTQ+ community. You might also recognize her from her role in the film Zola, and diehard RPDR fans will know Madison from her frequent appearances in Season 13 as one of the series' favorite guest judges.

It seems Madison's popularity will be carrying her further into Season 14 as rumor has it she will be a rotating judge, coming back for a few more episodes in the latter half of the competition.

On the Runway: Shoulder Pad Wars

80s looks duke it out on this week's runway. With many awesome ensembles, it's hard to choose. But ultimately the queen who snatches this week's runway challenge is Bosco, who has recently been emerging as a possible frontrunner. This is her second major challenge win and a sign to viewers that she's someone to keep a close eye on.

Nobody could have expected this week's bottom two. Friends are turned rivals as Jasmine Kennedie and Jorgeous are forced to battle it out for the right to stay in the competition. The two lip sync assassins face off with their takes on Etta James's "Something's Got a Hold on Me."

But it just wouldn't be RuPaul's Drag Race without a surprise twist, would it? To the queens' relief - and that of the audience - neither is voted off! Both Jasmine Kennedie and Jorgeous are saved to slay another day. At least until the next dynamic episode.

And in the continuing saga of the chocolate bars, we had a lull. No golden tickets or any bars for that matter were unwrapped this time. So stay tuned for what sweets may come on the next Gays of Our Lives... sorry, we mean RuPaul's Drag Race.

Catch next week’s episode on February 25 at 8PM ET on VH1. See what you missed on RPDR with our episode recaps here. Stay up to date on RuPaul’s Drag Race through VH1’s website. 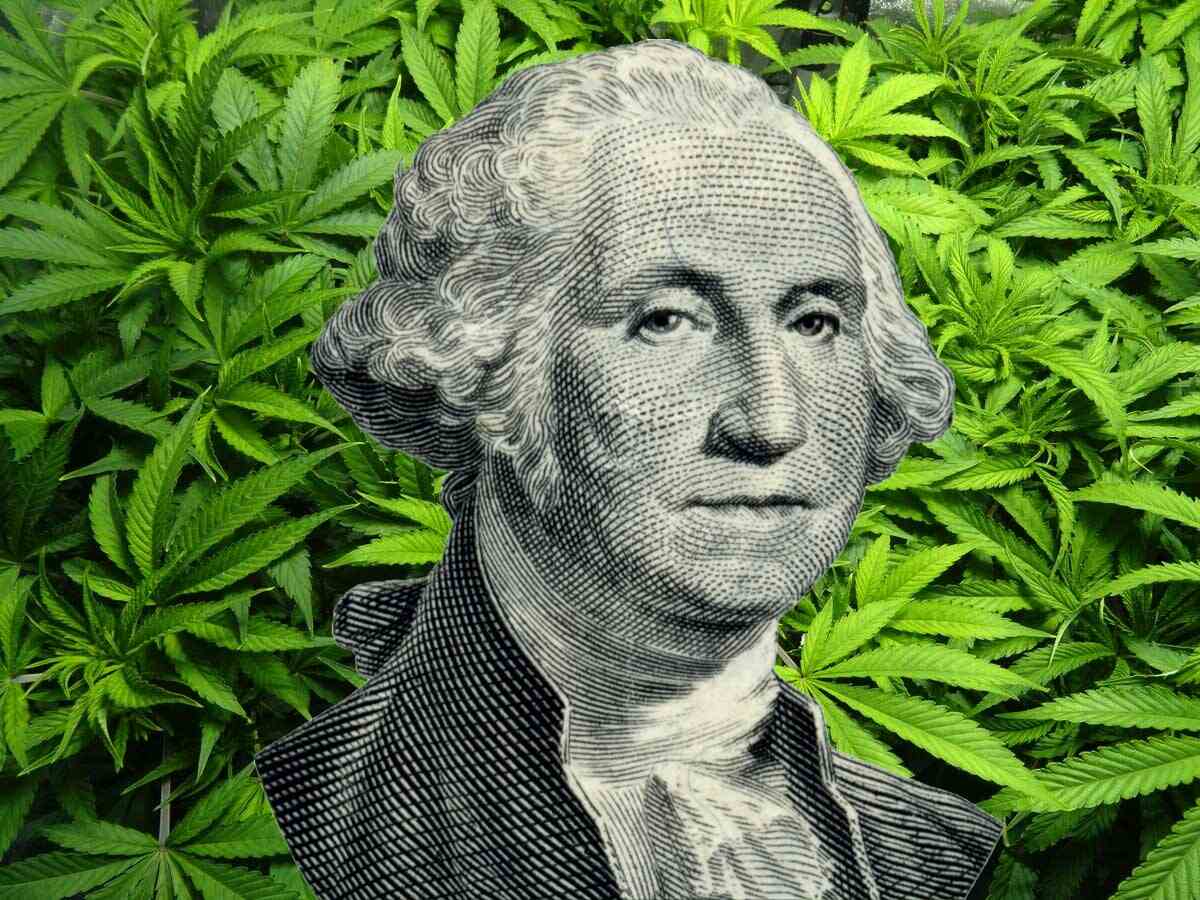 Biggie Smalls: Honoring the Notorious One on the 25th Anniversary of His Death