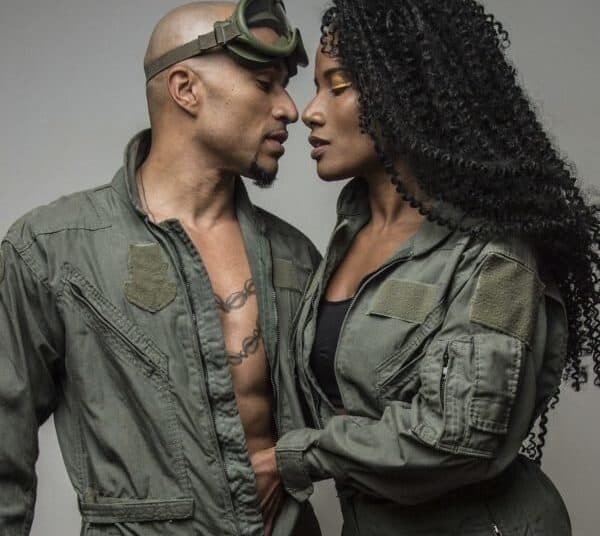 Heralded as the so-called “new” sexual revolution, the practice of polyamory is seemingly on everyone’s radar as a hot topic of conversation. Indeed, given how normalized monogamy is within contemporary mainstream Western culture, it is unsurprising that polyamory, or the practice of loving multiple partners openly, simultaneously, and with the full knowledge and consent of everyone involved, seems strange.  Although polyamory is neither new nor revolutionary, the increased buzz around it brings forth a slew of questions around how polyamorous people and communities appear within mainstream media.

As others have rightfully highlighted, coverage largely focuses on polyamory’s white middle class practitioners, creating the impression that polyamory simply isn’t for people of color. But even when larger media outlets specifically highlight this issue, their analyses always stop short of simply acknowledging that yes, people of color, and black people particularly, practice polyamory.  Such coverage is useful insofar as it provides a platform for the conferences, online communities, and books that have emerged specifically by and for black polyamorous people.  However, it still begs the simple question: how does it work? In fact, within such communities, the most popular conversations involve sharing information about how one concretely practices polyamory.  How do you manage your time between multiple partners? How does family life figure into your practice of polyamory? How does one “come out” as polyamorous to potentially conservative friends and family?

Jet Setting Jasmine and King Noire, the powerhouse couple behind the award-winning adult entertainment company Royal Fetish Films, address some of these questions in this first installment of “Porn and Politics,” Honeysuckle’s new monthly column on all things sex and politics.  Jasmine and King offer their unique perspective on simultaneously managing a thriving business, raising a growing family, and maintaining a healthy polyamorous relationship. Indeed, in Honeysuckle’s previous profile on King, the question of polyamory was central to his own approach to healthy romantic partnerships. He and Jasmine continue that conversation here, in an abridged version of their video interview.

If anyone deserves the accolade of #RelationshipGoals, it is Jasmine and King. As both business and life partners, Jasmine and King have manifested a vision that exemplifies and celebrates the beauty, depth, and richness of black sexuality.   From producing innovative video content that challenges the flattened and stereotypical depictions of black people in porn to hosting educational workshops around safe kink practices for individuals and couples alike, they have always invited their fans to explore the extent of their respective sexual practices.  But more importantly, they practice what they preach, offering their own relationship as an exemplary space for healthy communication, trust, and experimentation.

Honeysuckle: Since Jasmine does not identify as polyamorous per se, how did your initial conversations around polyamory go?  How did you come to agree on polyamory as the structure for your relationship?

King Noire: In our initial conversations, I let Jasmine know that I didn’t ever want to be in a relationship that limited my sexual exploration, my possible intimacy with other people or love with other people.  I didn’t even want to feel limited in a poly box. I just want to know what freedom is like and to explore it with somebody that I love and I’ve grown with: Jasmine. So I see nothing but benefits from being free with somebody.  What about you, Jasmine?

Jet Setting Jasmine: Well I think that was the conversation and I was like ‘ok that sounds cool…just don’t tell me to settle down.’  And that is kind of where we found some initial common ground because, at the time, I really wanted to explore…I didn’t want to be limited in any way, or in ways that I didn’t even know.  At the time, I was getting a lot of “this is a trend, or eventually you’ll want to slow down. You’ll make a good wife if…” and I was getting so turned off by those kinds of comments. Our discussions around both wanting to have the freedom not to be limited and to be able to explore with someone — meaning have these experiences and share them in some capacity — I guess that kind of sums up what [those initial conversations] were like.

So the second part of the question is about structure.  I think one of the best parts of the structure of our relationship is flexibility.  When we talk about boundaries, people see boundaries as very rigid. [King and I] have permeable boundaries…during our pregnancy, we had to talk about different kinds of boundaries when the baby was first born.  We had greater needs from one another, and our boundaries were a little different. When couples don’t allow themselves to grow and change, then you start to resent your relationship.

Honeysuckle: How do you balance family life and polyamory?

JSJ:  I think about it this way, and I think this is really important for people that have children: children are a huge part of your life; they suck up a lot of time and a lot of resources…but they are not everything. And the way that you should have friends and hobbies and you should do things without your children is the exact same way that we would give attention to anyone else.  Our kids knew…they know when King has gone on dates and when I’ve gone on dates. We’re honest with our family and honest with the people we engage with: [they know that] that [they] cannot have all of my time.  My time is divided between my partner, my children, my extended family, my work, and me!

KN: It’s funny — for some reason, whenever someone says ‘balancing family and polyamory,’ I picture someone walking a tightrope with one of those sticks, and that’s not how I view my life.  That’s stressful as hell and just not realistic. Polyamory is a part of who I am. That’s like saying how do I balance breathing [with polyamory]? They all weave themselves together because that’s part of who you are…Loving my children and my family is completely part of who I am.  I’m not gonna be like “oh I’m going on this date, so I’m not gonna change this diaper!” That’s just not gonna happen!

Honeysuckle: Do you think there is a particular stigma around polyamory within the Black American community?  If so, why?

KN: Absolutely.  First and foremost…we have this false perception that there are no black fathers at all.  If you look at the divorce percentages in America, they are pretty even across racial lines. It’s not like black divorce is at 90% and everyone else is somewhere else. So we have that idea put in our heads that the black family doesn’t exist…so [within the] community, people will look at people who are poly and say that you’re fucking up the community.

It’s the same thing with a lot of women. Correct me if I’m wrong, but especially for black women and Latinas as well, [society] is like “oh, you’re wild, etc.” So you may actually like sex, but you don’t want people to know that you like it because then…

JSJ:  …they feed into the stereotype. I completely agree with you, and I think that lends itself to the idea that poly and any type of alternative relationship is only about sex; that there is no deeper connection between human beings other than sex.  It even goes so far as black women and men [prohibiting their partners from] having friends of the opposite sex within regular monogamous relationships. There’s this idea that you must cut off all engagement with someone of the opposite sex if you’re in a relationship, and I think that’s so incredibly limiting.  [Perhaps it’s] because of the hypersexualization of black men or even the [narrative of the] shortage of black men or cheating black men. [Even though] cheating has nothing to do with polyamory or any of these alternative style relationships!

KN: There’s a sense of ownership.  If you’re in a relationship with someone, you own them.  You can’t own another human being. But, [apparently], if you’re with somebody, you gotta cut off all these other people.

This sense of ownership is related to hypermasculinity within the black community, which has a painful history.  This is something not really talked about, but black men were also raped on the plantation. There was also lynching, which had many horrific elements besides just hanging. They would cut off your penis and your testicles and put them shits in jars. There has always been an attack on black masculinity and black men, just as there were attacks on black women, and there are effects of that.  How black men act and how black women act….people wanna act like the shit was thousands of years ago. It wasn’t. It’s only been removed by four or five generations. And when a society makes men feel like they are less than men, those men lash out at the people that are close to them, including black women and black children. We also see attacks on the black LGBTQ community from black men who are now acting like the oppressors within our own community.  And it’s kind of like that learned behavior from who you’ve deemed to be powerful and successful. You start to try and emulate them, and, unfortunately, it’s been to our own detriment on so many levels.

Interested in continuing the conversation?  Check out the full length video interview of King and Jasmine on jetsettingjasmine.com, where they delve even further into the relationship between polyamory, Christianity, and professionalism.  Be sure to follow them across all social media platforms for more provocative content! You can also find them on KingNoireXXX.com and RoyalFetishXXX.com 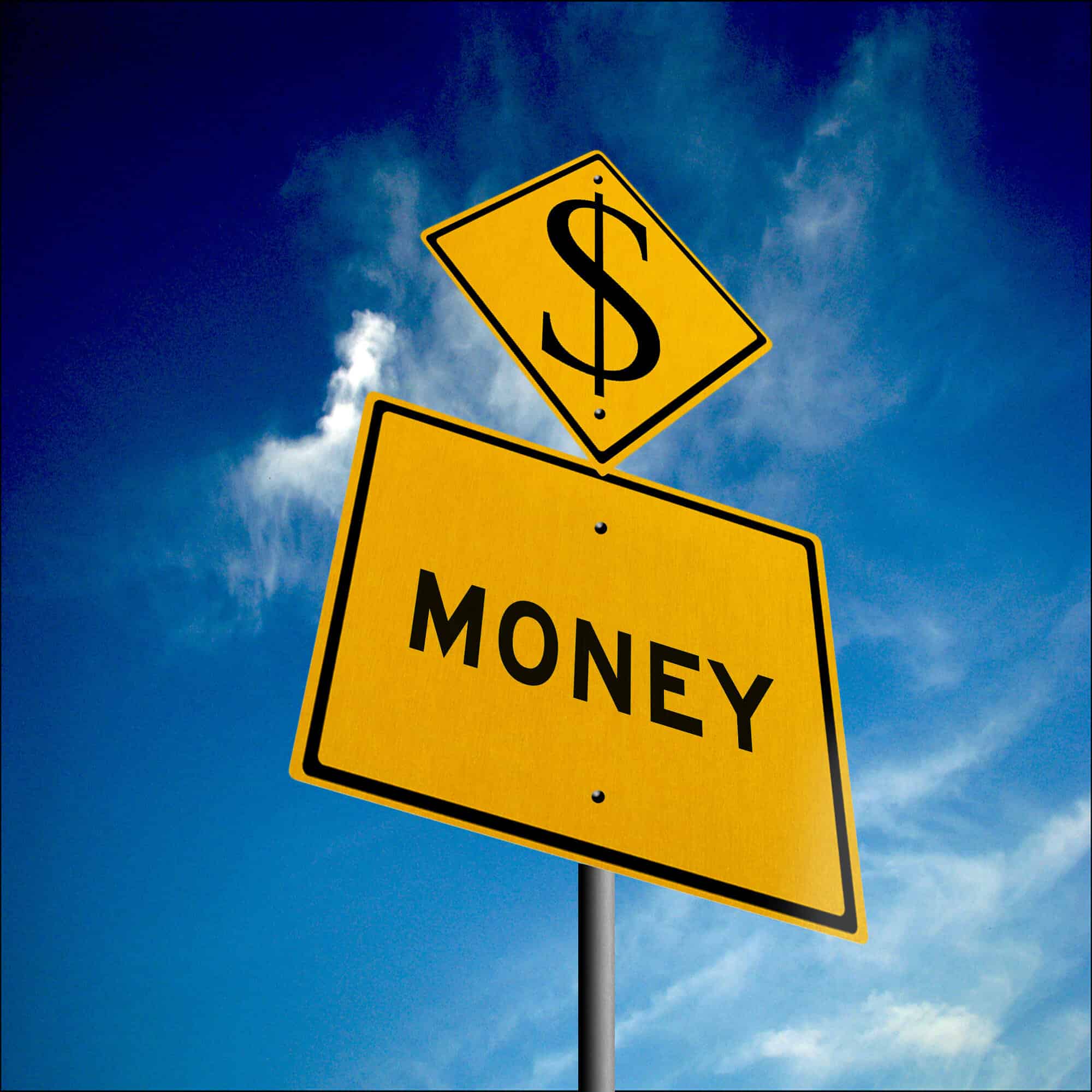 Stash Stock: The Cutting Edge of Technology in Cannabis 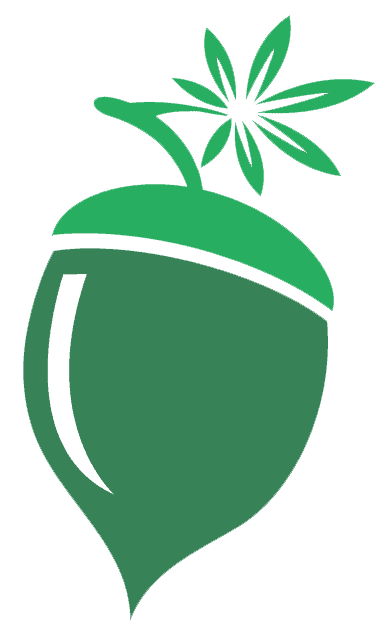