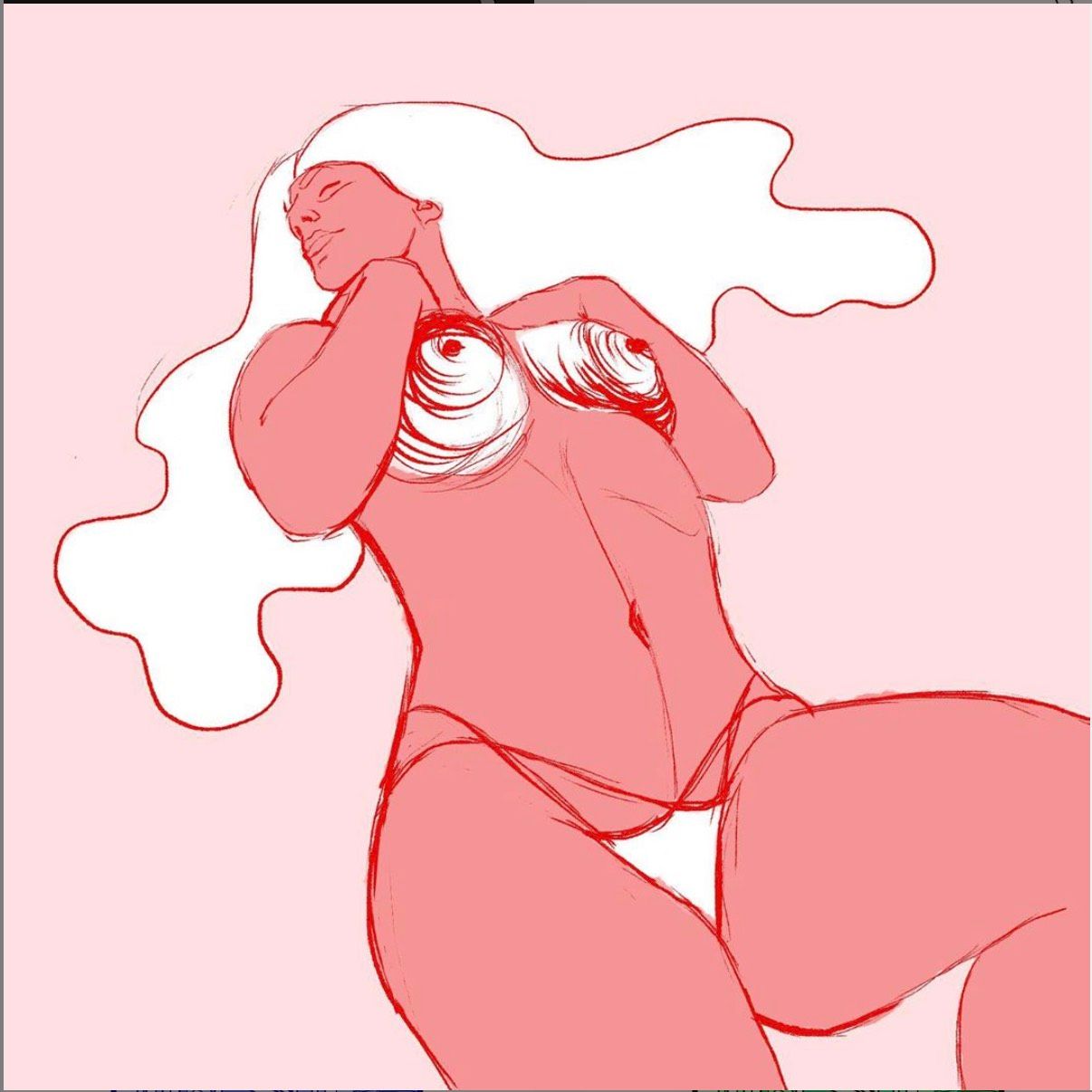 Social media exists as a touchstone in today’s society.

The breakneck speed at which the definition of art is expanding is thrilling to artists, art appreciators, and academics alike. It’s even more attractive to one subset of art aficionados: art thieves.

This prospect sounds terrifying, but in the age of Instagram and Pinterest, those who co-opt art are nearly impossible to distinguish from followers of pure intention. While it’s true that scoundrels have never walked around in public with dripping maws and sinister claws, on the internet, they are nearly undetectable. More jarring is that these thieves most likely don’t consider themselves such. In fact, “they” are probably most people reading this article.

As the definition of art morphs to be more inclusive, so must the rules–societal and institutional– that protect artists. Those who need protection are no longer exclusively wealthy creatives who have the leisure to spend time on artwork, but rather those whose art is simultaneously ubiquitous and undervalued. Honeysuckle sat down with two artists of this new generation to discuss social media, art, and theft.

One Honeysuckle friend, Ashley Stone, is an art student who has always studied fine art and grew up with the internet. “I wanted to resist [the internet] and lean towards a traditionalist mindset,” she says. “Stubbornly, I neglected digital art forms; however in the last year, I took the leap. As much as there’s a role of technology in art, there’s also a role of art in technology.” She now works with digital mediums, creating graphics and physical art alike.

Natasha Chomko, a lifelong collage artist, shares a similar story of coming into viral art dissemination; however, her medium has remained the same throughout the creative process. After taking a hiatus from the collaging that was her creative outlet throughout adolescence, she returned to the collage in a digital form: “I felt so dry [that] I opened up Photoshop, not really knowing what I was doing, and I made something. It largely lacked narrative, like most of my pieces, but it made me feel good. So, I kept going.”

The Power and Downfall of Social Media

When it comes to posting artwork on social media platforms such as Instagram, both women have mixed feelings about the potential benefits and harm of this exposure. While appreciative of the audience it allows her to reach, Ashley is aware of how online dissemination can hurt an artist’s work. “You find yourself altering what you do to better fit social media and get more likes.” She says. “I was making square format drawings for a while so that it would fit in an IG post and be the biggest on screen, but I realized in real life a square piece is difficult to sell.”

Natasha likes to think of social media primarily as a marketing platform, as she worked in that field prior to her career in art, and applied that knowledge to her jobs in art. Since her start, she has learned to become more of an individual artist, looking at other’s art for admiration instead of adaptation. “Only authenticity truly shines through and bring[s] something to the table in the long term,” she says. “Social media can really convolute who is in it for the clout and who’s in it for the passion and general desire to share art.”

Theft or entitlement is one major con of posting art to social media. Someone can easily claim an artist’s work as their own, especially if the artist has a small following. While Ashley has had no personal experience with art theft, she has witnessed it happen to her other artist friends. Natasha, on the other hand, has a lot of experience with “fan art,” which is where people use her art in edits to create something else. “I feel like ‘edits’ are not only disrespectful,” she explains, “but completely unnecessary. It’s entirely possible to make backgrounds and I don’t see why taking someone else’s art ever looks like a good idea.” When this does happen to Natasha, Instagram is quick to take down the art due to their copyright rules. In some cases, a legal team was needed to help take down letters for art from her Instagram. “I think this is going to persist as an issue, and I’m grateful for the features that are already in place,” she says “but for the love of god please stop using artist’s work as backgrounds. Make your own.”

However, social media allows artists to monetize their work. Many artists have established websites to sell their art as they grow a following and have people reach out hoping to own a piece from the artist. “I think having a platform that’s readily available for collectors to purchase art has been really helpful.” Natasha tells us. “I’ve learned [that] people would much rather click a link for a website, input their own info, and pay a third party source than DM the artist and do it that way.”

In addition to selling their own pieces, many artists on social media get commissioned to make specific pieces for various people and companies. However, due to the easy accessibility of an artist’s work, many do not take these artists and their work seriously, asking for their work without pay. Ashley has run into this situation before, she tells us, and has found it to be one of the biggest challenges in sharing her work via social media. “Many view art as a hobby and for people that just want to make art, even if they aren’t making money,” she says. “The internet plays a role in this because there will always be someone out there who will do it for free, which gives consumers false expectations of other artists. So when someone agrees to create a piece without pay it affects everyone else in the field.”

Social media exists as a touchstone in today’s society, with anything posted on the platforms instantaneously spreading around the world, gaining more popularity and influence with every click. Consequently, many things that once seemed individualistic have become ubiquitous, including art. Instead of artists having to make connections and build a presence in the art community, they can now post their work and build their own communities. While this facilitates a greater exchange of artwork between artists and customers alike, , there is a downfall to this easy accessibility. “Something that is very accessible isn’t as special,” Ashley says. “If the internet existed how it does now at the time when the Mona Lisa was created, we would’ve raved about it for a while but definitely forgotten about it by now. With the internet changing society and consumer behavior, it is hard to create something with lasting impact because tomorrow there will be something new.”

With this surge in online artistry, many people enjoy simply looking at and appreciating art on social media, They follow artists in order to see more of their work. Natasha has noticed how some gain more popularity than others depending on the type of art they post. “Some art just looks better in person and some looks better on screen,” she explains. “It’s easy to look at, it’s right in your face — double-tap and scroll.”  Natasha notes that painters and sculptures have a harder time online because it is hard for the viewers to capture the full idea of the piece. “I think the internet is an awesome place to promote art, but I also don’t think it’s the only way, and I hope people don’t see themselves as less talented if they’re less popping. There’s more to talent than some likes and follows, I promise.”

Another factor of this accessibility to art via social media is the vulnerability it places on the artist and their work. Artists may find the praise attached to their work attributed to another artist, and larger companies can also use their work for commercial use without proper compensation or recognition. Ashley has questioned whether or not the risk of repetition is worth sharing her art with such a large community. “The tools for replication make it seem like a trap when putting original pieces out there,” she says, “but without exposing your art online, it’s hard to be successful in how the world works today.” Like many other artists, Natasha also fears the chance of repetition, she tells us. However, she sees a difference between an artist copying a style and a brand copying a concept. “Someone could have really amazing concepts that they see get copied by someone who knows the game better,” she explains, “and the copied work gets thrown in a gallery or on a shirt and the original doesn’t.” She repeatedly has experienced other artists copying her styles and has learned to deal with it. “I just consider those artist my creative children at this point,” she says. A lot of them have found their own styles and have moved on, or at least [are] starting to, but it feels really weird seeing people praise an artist with very few original ideas.”

While Instagram has rules that prevent people from taking an artist’s original work, there is not much protection outside of that. Within this nascent community, there’s not a lot of information about copyright laws, allowing many brands to get away with stealing styles. “If anything,” Natasha says “more artists need to get signed contracts, learn how to write a contract, and brush up on licensing standards because that’s where I see the most issues among artists.  I think artists should have their own backs here.”

Ashley believes it is the viewer’s responsibility to protect the work of the artists they encounter online. “It is that person who has the power to respect or disrespect the authenticity of another’s work,” she says. “It seems like there is so much more wrong that happens through the internet that many people don’t suffer the consequences of their actions, making it easier to break the rules.”

Finally, we asked the artists what they believe should be done to reshape consumers respect for digital art and the artists behind it. Natasha believes that artists have to stand up for themselves, using legal means rather than bickering via DMs and Insta-stories. “I really wish there was some sort of gate for downloading and taking screenshots of [art],” she says, “but I run into more issues with clients taking art for purposes not outlined in their licensing agreement than I do with a 15-year-old-Kendall-Jenner-superfan because Instagram takes care of them pretty well.”

Ashley, however, thinks that education is a key factor in fixing these problems. “There’s a grey area about things online being free to the public and things online that are owned and posted for someone to view,” she explains. “Some are obvious to certain people but not others. I think finding a way to teach people about this problem would be effective, but truthfully I don’t know how that could be accomplished.”

This has to begin somewhere, and a great starting point would be to patronize the instagram accounts of Ashley and Natasha. They can be found at @relativestone  and @postwook, respectively. Be an art appreciator, not an art thief. 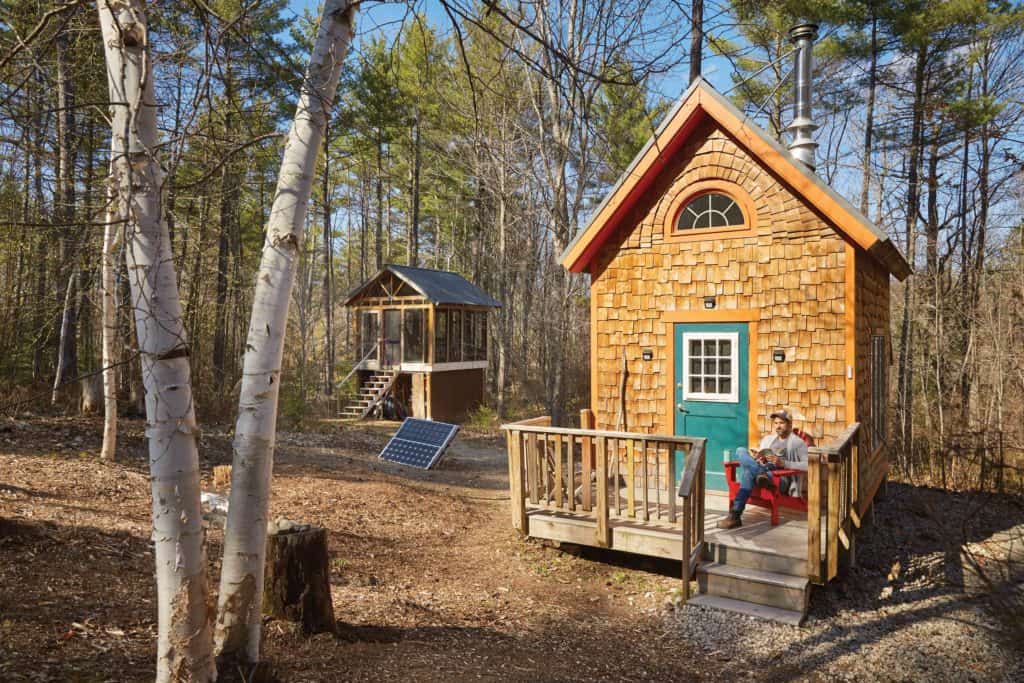 Finding Sustainability in a Tiny House 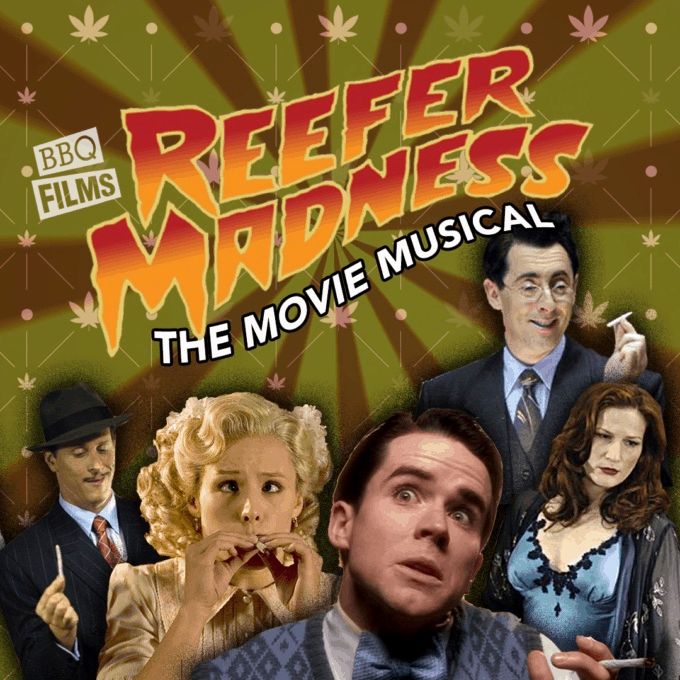