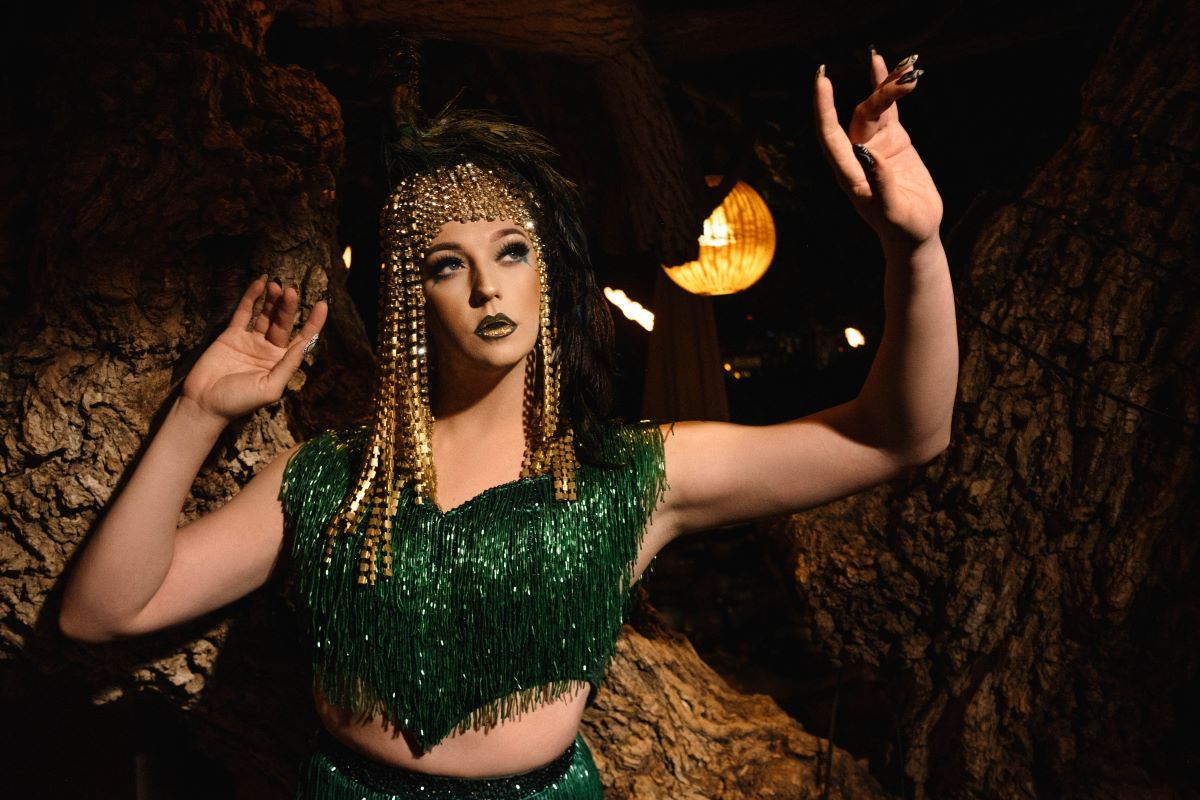 World-renowned drag artist and LGBTQIA+ icon Laganja Estranja pays tribute to her gender journey through the lens of the Hawaiian Māhūs, in an exclusive photo shoot by Chris Balidio.

Jay Jackson, also known as Laganja Estranja, is a world-renowned drag artist, TV personality, choreographer, musical artist, cannabis advocate and LGBTQIA+ icon. A U.S. Presidential Scholar in the Arts, who has also been named one of America’s most powerful drag queens by New York Magazine, she has performed in fourteen countries across five continents and her original music and content on social media, YouTube, and the drag-centric platform World of Wonder have garnered hundreds of millions of views.

Honeysuckle first had the pleasure of working with Laganja (Jay to her friends) in 2020, when for the cover story of our UNDER THE FEMALE INFLUENCE issue, she opened up about her journey exploring gender roles, cannabis advocacy, and life before and after being launched to stardom on RuPaul’s Drag Race Season 6. Since then, Jackson has emerged not only as a successful artist, entrepreneur and cannabis industry icon, but she also came out publicly as trans in the summer of 2021. We’re grateful that this amazing creative force continues to share her evolution with us in all ways, from her genre-defying collaborations with photographer Robert Hayman to her uniquely-themed merchandise, to exclusive photo shoots like this one with Chris Balidio in Hawaii, which chronicle the next steps of her own personal adventure.

Laganja Estranja: At Home With The Hawaiian Māhūs

Describing her project with photographer Balidio and makeup artist Tamiko Hobin, Jackson says, “While on my latest trip to Oahu, made possible by Scarlet (the LGBTQIA+ club that has been bringing me to the island since my debut on RuPaul’s Drag Race Season 6), I wanted to pay homage to the Hawaiian Māhūs who have inspired my gender transition. The Māhūs, which translates to 'in the middle,' are known as a third gender with traditional spiritual and social roles within Hawaiian culture. Originally, Māhūs were assigned male at birth, but in modern usage can refer to various genders and sexual orientations."

She continues, "I was fortunate to learn more about the Māhūs in a special exhibit located at the Bishop Museum in Honolulu. The Healer Stones of Kapaemahu explained the long-hidden history of four mysterious stones on Waikīkī Beach, as well as the legendary dual male and female healing spirits within them. To capture their essence, Chris Balidio, Tamiko Hobin, and I decided to tell a photographic story of my journey from drag queen to trans woman. However, because of natural lighting and makeup transitions, we actually shot our story in reverse."

Check out exclusive behind-the-scenes videos from the photoshoot and Laganja's journey to the Bishop Museum:

Part One: Laganja Estranja In The Studio

"The story begins with me in FULL DRAG at Chris’s studio. For this shot, we wanted to showcase 'Laganja,' the drag character that ultimately helped me find my truth. I am wearing an original outfit (designer Arm Couture from Thailand) adorned with a heavy, giant blue faux fur and tons of crystals. For the hair, we went with one of my favorite wig designers, Webster Wigs, who has been sponsoring me from day one. We wanted this image to capture the work I have invested in the drag industry for the last ten years. Tamiko, my friend and makeup artist, chose a paint splatter for my makeup to represent the often chaotic energy that comes with performing as a queen."

"Our second shot was taken underneath the legendary Hau Tree at the iconic Kaimana Beach Hotel. This tree has been there for over 150 years and is truly the centerpiece of this gorgeous hotel. What intrigued me most was the way the tree twisted and turned, almost like a sculptured masterpiece. To me, it represented the tangles I have faced internally while coming to terms with the knowledge that I am a trans woman. The tree also represents how Hawaiian culture inspired me to search for my truth. Here I am wearing another Arm Couture original featuring an ornate peacock on my headpiece. Ancient Hawaiians revered these native birds as aumakua, or ancestral spirits, and used their feathers to create magnificent capes, cloaks, and helmets for the ruling ali‘i class. We saw many of these items on display at the Bishop Museum, so I felt like the look was the perfect way to link my feelings, experiences, and Hawaiian culture."

Part Three: Healing In The Ocean

"Our third look was taken in the ocean, very close to the Kaimana Beach Hotel. Here we wanted to capture the island waters’ healing powers as well as represent the Healer Stones (today often passed on Waikīkī without a second glance or any understanding of their meaning). As an illustration of how I began accepting my true self, we utilized much simpler makeup and my natural hair. Here I am wearing another Arm Couture original, and I am featuring nail art by Patrick Church, a New York based artist whose work covers my home, closet, and bar in Los Angeles."

"For our last photo, we wanted something to showcase me as I am today, a beautiful trans woman in charge of my destiny. I am wearing a simple, tropical romper I found at the local Ross (one of my favorite stores), paired with some pink Balenciaga glasses. Mixing high and low priced items is my specialty and to me really represents who I am, a combination of duality. I also decided to curl my hair for this look. At the beginning of my transition, I really struggled with being able to style my hair. In fact, I remember my first Christmas as myself in 2021, and how frustrated I was because I could not curl my hair for our family photo. My mom and dad were so kind and tried to help me, but I really wanted to do it myself. Something as simple as being able to style my own hair really has meant so much to me in my transition. It represents how even though I have struggled, I have pushed through and continue to persevere in my journey."

What Do Photographer Chris Balidio And Makeup Artist Tamiko Hobin Say About Working With Laganja Estranja?

“As a photographer, it is a collaborative process, and I can only produce as much as the model is willing to give. Shooting with Laganja is so freeing as she is open and trusting with concepts. The mood board was practically nonexistent during this shoot, and it was more about capturing a feeling. After every look, I would watch her react to the photos, and it was a joy seeing the excitement because it would be exactly what she envisioned and even more.”

“Jay has always said how Hawaii holds a special place in her heart. Of course the beautiful beaches and shaved ice are a plus, but I know the real reason is because of our community and the relationship we have as a culture to mahu. I believe that this is a key element in shaping her into the woman that she is today. You can see the essence of that in this series.

I love that when I collaborate with Jay, she trusts my vision. She pushes me as an artist to try new things and to go above and beyond with it. The power that she brings to each look always amazes me. For each makeup look, we usually draw inspiration from the outfits and the surroundings of each location. Somehow, every look becomes better than the last and it is truly so magical!”

What Does The Hawaiian Photo Shoot Mean To Laganja Estranja?

Jackson reflects, "This photographic story is truly so special to me. I love how many sides of me that Chris was able to capture. I love the beautiful makeup by Tamiko, a long-time friend of mine from my very first visits to Hawaii."

The performer also reveals that she and makeup artist Hobin parachuted out of a plane together on one of her previous visits to Hawaii.

In gratitude, Laganja affirms, "Special thanks to both Tamiko and Chris as well as the beautiful, warm, and welcoming Kaimana Beach Hotel who were so gracious to us.” 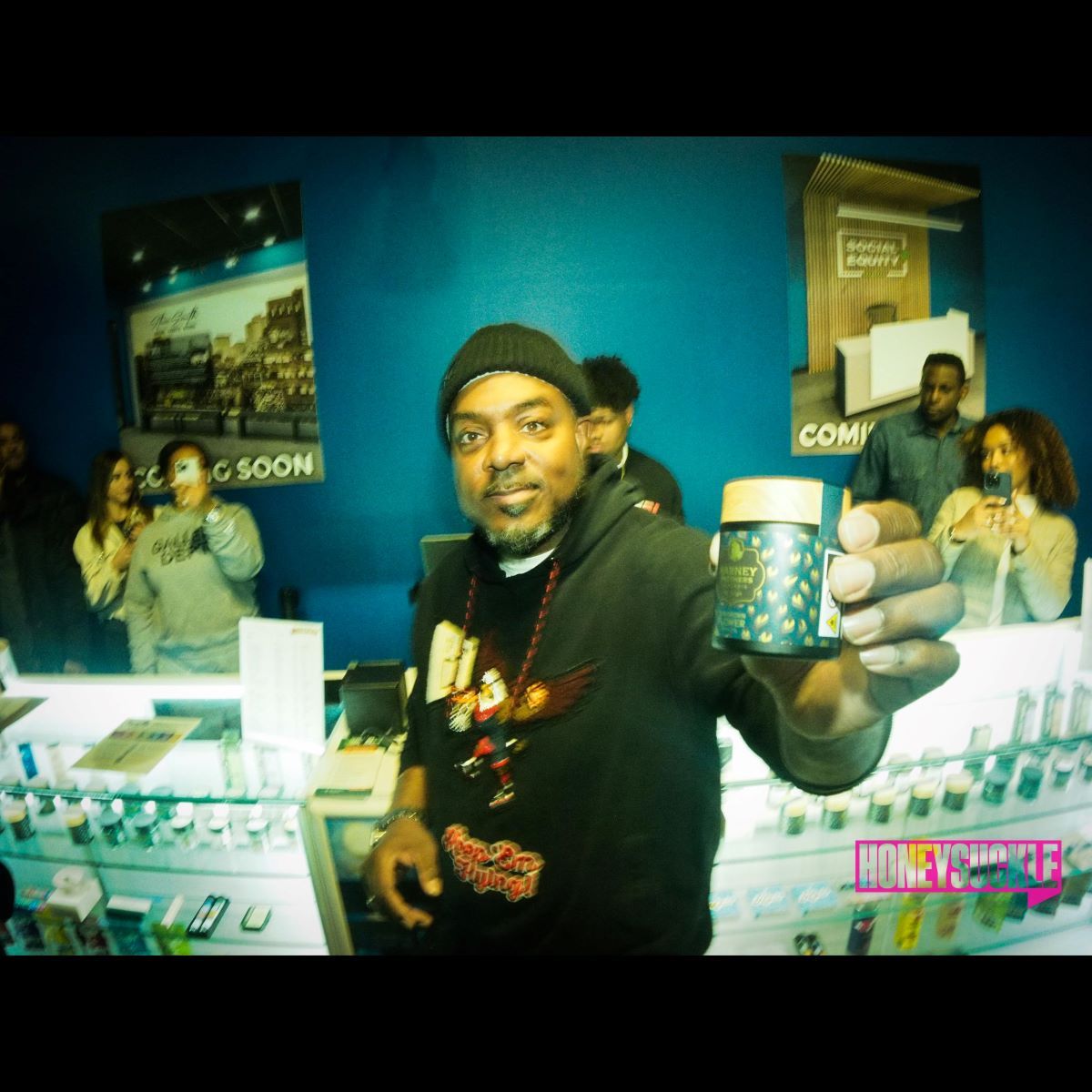 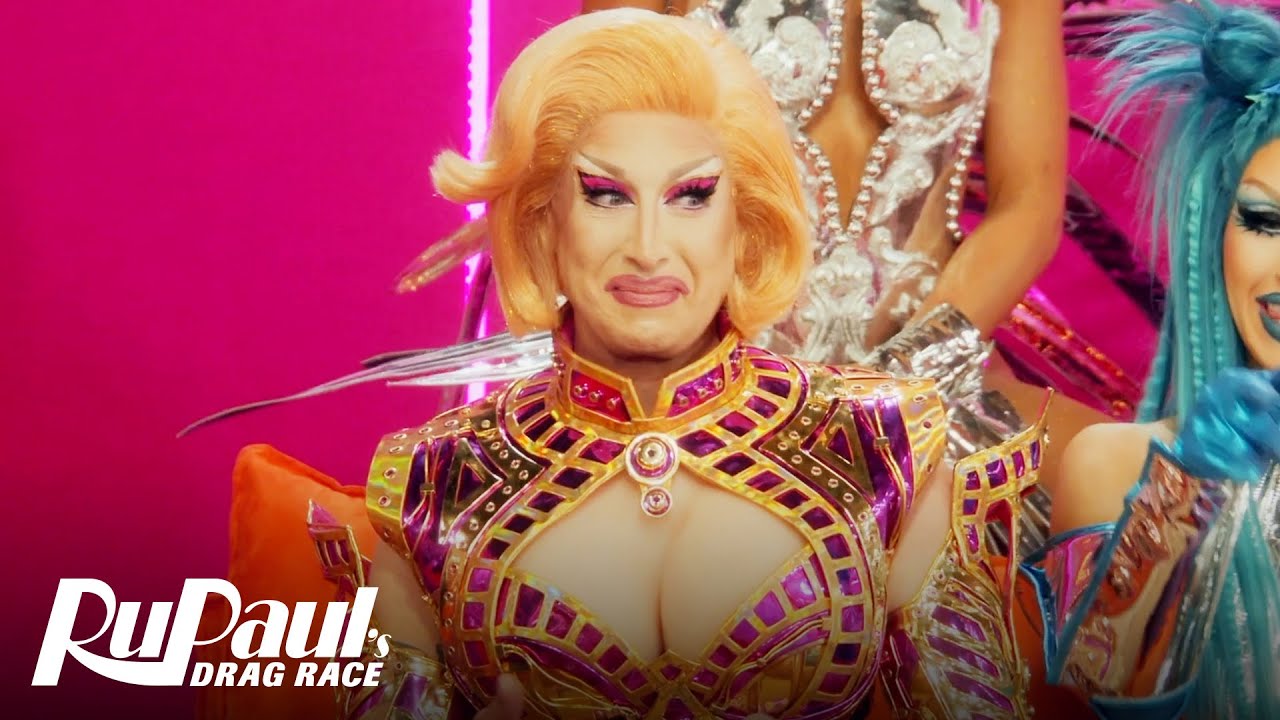