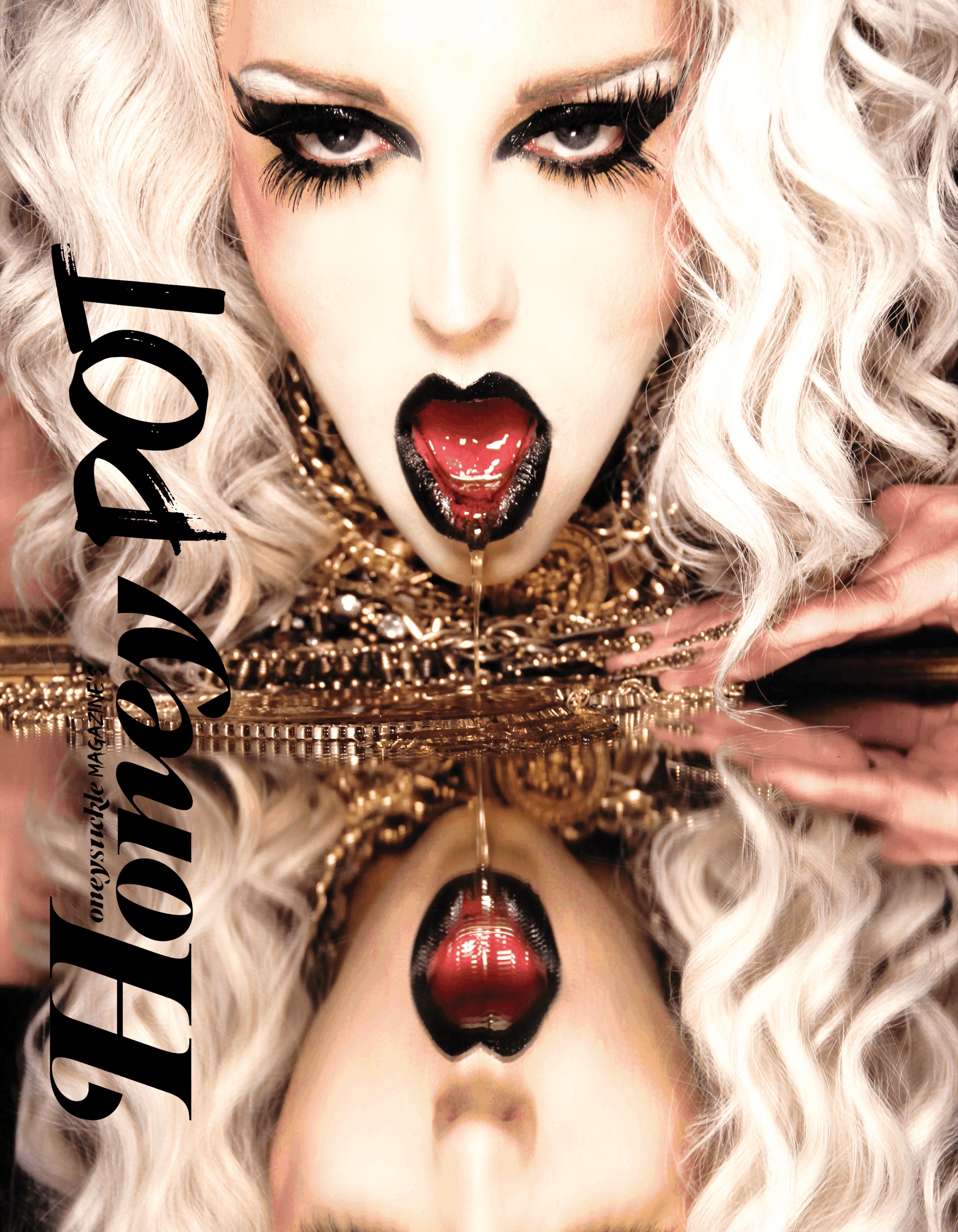 Under the Female Influence: Laganja Estranja on Gender, Cannabis, and Art

a year ago by Keyanah Nurse • 7 min read

Like the mesmerizing Laganja herself, the emblem is a symbolic representation of being under the female influence, of accepting an invitation of sorts to consider how femininity, and the myriad of ways it shows up in the world, influences our collective experience with the plant.

If you look closely at the emblem of artist Laganja Estranja —which depicts a perfectly manicured hand with acrylic nails pinching an imaginary blunt— you can see the confluence of two important forces in society: femininity and cannabis. Like the mesmerizing Laganja herself, the emblem is a symbolic representation of being under the female influence, of accepting an invitation of sorts to consider how femininity, and the myriad of ways it shows up in the world, influences our collective experience with the plant.

As an artist, cannabis activist, and recently heralded as one of the “most powerful drag queens in America” by New York Magazine, Laganja Estranja unapologetically exists at the intersection of femininity and cannabis. Take a look at any of her visually stunning photographs.  The sultry intensity of her gaze, paired with the silky smoke tendrils of a fat blunt are sure to entice any onlooker.  She does not shy away from her innate charisma, sex appeal, and power.  But Laganja’s ubiquitous presence and hypersexuality serve a political purpose.  Precisely because of the hypervisibility of drag —after all, it is quite literally the art of the exaggerated and spectacular performance of gender —Laganja has used her platform to educate her audiences on the medicinal importance of cannabis. Through public education events such as legalization talks from Ireland to San Francisco, to producing “socially conscious club anthems” that highlight discriminatory drug laws and racial profiling, she never misses an opportunity to open a discussion, and perhaps pass around a blunt or two while doing so.

Before Laganja rose to notoriety, principally as a contestant on season 6 of the hit TV series RuPaul’s Drag Race, she existed as Jay Jackson.  Born and raised in Dallas, Texas, Jackson later moved to California in order to pursue a degree in dance and choreography from the California Institute of the Arts. A testament to her artistic and academic excellence, Jackson became a U.S. Presidential Scholar during her tenure at Booker T. Washington HSPVA. When she attended CalArts, however, cannabis became critical to Jackson’s health.  After sustaining a back injury, Jackson used cannabis to medicate, an experience that would eventually inspire the namesake of her drag queen persona, Laganja Estranja.

According to Laganja, cannabis completely transformed and enhanced her quality of life.  After having been “lied to about [cannabis] for so long,” —no doubt a result of American society’s fear mongering and punitive approach to drug use — her medicinal introduction to the plant led to a more holistic life, one that has ultimately made her happier and healthier.  A cannabis acolyte of sorts for cannabis, Laganja buoyantly explained that it “enhances...my creativity when I’m doing my makeup, my stamina when I’m dancing...for me, this really is my medicine.  That is why I chose to be Laganja Estranja.  This medicine changed my life.”

Although some would pin her as the literal embodiment of the plant, it is but one part of her overall identity. She identifies “first and foremost as an artist” and given the sheer volume of her projects, content, and collaborations, it’s impossible to believe otherwise. This year alone, she has an impressive range of upcoming projects, including a new album titled Highconic (set to release on July 10th for Dab Day) and a new episodic YouTube series entitled Muse Me, which offers a behind-the-scenes look at the creation of her photographs by visual artist Robert Hayman. Additionally, she will also continue growing her WeedTube channel, broadening the content around cannabis consumption that YouTube, as a result of its strict policies, does not currently allow.

Cannabis is a vehicle for Laganja: through it, she initiates and disseminates transformative and provocative art throughout the world.  “I want to create art that is amazing and that people love on its own,” she wistfully highlighted, “but that will also have this message of cannabis and acceptance.” Art, therefore, always serves a simple purpose for Laganja: to make the world and the people in it better.

In some senses, Jackson and Laganja exist as two distinct sides of the same coin -- separate, yet also bound together.  As a nonbinary individual that sometimes presents as masculine and inhabits a range of pronouns (including she/her/hers), Jackson nevertheless makes clear the limits of her experience of femininity: “When I speak about women, or about my experience as a woman,” she told Honey Pot, “it’s just that, it’s an experience.  It’s not a fully realized living life.” Such limits are undoubtedly an important caveat to keep in mind.  Jackson herself noted that Laganja, as a hypervisible expression of femininity, is not the primary way that Jackson navigates the world.  After all, the wigs, contour, lashes, and bustiers can all be taken off at the end of the day.

However, just as femininity is a “fully realized living life,” it can also be an expression, an experience, a performance.  Indeed, all gender expressions are precisely that — stylized and socially recognized performances that may or may not align with some facet of the story we tell ourselves about who we are. Although someone’s choice to wear stilettos or fake lashes may only encompass a fraction of their sense of self, our society has coded, or defined, such stylistic choices as “feminine.” Stepping out into the world styled as such, even if temporarily, thus gives one particular insight into how gender, and in this case femininity, organizes our society.

In that vein, Jackson’s performance as Laganja highlights how gender operates within the rapidly developing cannabis industry in the United States. While discussions of social equity and gender parity are common enough throughout the industry, we have yet to realize that simply inviting more people of color or more women to the table is not enough. We cannot ask women of color or queer folk to leave their race or their sexuality outside of the boardroom, just because it may disrupt white heteronormative values.  For example, when Jackson dresses as Laganja and attends cannabis events, her experience has been drastically different from attending events within the broader entertainment industry.  Why?  As she explained “when a woman is hot, it makes people uncomfortable...maybe my character hasn’t done so well in the cannabis industry because maybe if I was more clown-like, or a caricature of a stoner girl with long, floppy hair…[but] no, I’m a hot, sexy, and powerful woman running a cannabis business.”

Given the historical trends of big tobacco and alcohol, the over-sexualization of femininity in the cannabis industry is nothing new.  But what Laganja identifies here is a pervasive double standard not only in cannabis but in society generally: when someone inhabits their femininity as a point of sexual agency, it is threatening, even alienating.  But when they do so as a point of sexual objectification? Well, that’s just good marketing.  “Sometimes being in drag for me feels like being a superwoman…[but] in the cannabis industry, it’s the complete opposite,” she explained, “I’m being looked at negatively and people are like ‘Why is that there?’ And notice I say ‘that’ because...in the cannabis industry, it’s very rare that someone is going to ask me my pronouns.”

This double standard of sexual agency versus sexual objectification also contextualizes some of the homophobia that Laganja has experienced and denounced within the cannabis industry.  So too are homophobia and sexism forever joined: separate in who may experience them, yet also bound together by a patriarchal society that only lets white heterosexual men express their sexuality without consequence.  By all measures, we have quite some time before this state of affairs changes. Although Laganja has successfully partnered with some cannabis brands, she questions why her major partnerships have been largely with women.  In 2019, Laganja partnered with Roxanne Dennant, founder of FRUIT SLABS, a company making cannabis infused, vegan, real-fruit squares, in order to create a one-of-a-kind flavor for the brand’s 2019 PRIDE collection.  Laganja has also partnered with Alexandra (Allie) Butler, the founder of The Hepburns to create a prerolled joint called “LAHepburns.”

Although Laganja described these collaborations as “empowering” and a true testament to women’s commitment to supporting each other, she nevertheless asked “Where are all the men at?”  Men in the cannabis industry rarely engage her with serious business opportunities. Even among cannabis media outlets, including two appearances in High Times and her historic cover of Dope Magazine as the first LGBTQ+ advocate to appear on a cannabis publication’s cover, all of the coverage of Laganja has been done by women.

Despite her challenges within the cannabis industry, Laganja is confident that her visibility, and more importantly her art, will necessarily propel the conversation around authentic inclusivity in cannabis forward. Her own artistic inspiration comes from the likes of Missy Elliott, a woman who married a daring aesthetic with the celebration of the black female body.  Elliott has something to say with her art, and Laganja approaches her craft no differently.  “When you have people’s attention -- do you have something to say?” she challenged us to consider, “What do you have to offer? I always knew [that message] would be cannabis based for me.”

There is, of course, no replacement for the activism and advocacy of changing cannabis legislation and policy.  Laganja herself noted that she admired those who have the skillset, time, and dedication for grassroots political organizing and advocacy.  But using a significant platform -- such as the one Laganja has cultivated for nearly a decade -- is also an equally important endeavor in the continued struggle for full federal legalization of cannabis in the United States.  Art has the power to change mindsets and attitudes, which in turn can change policy.

As she poignantly remarked “Cannabis. . . .has allowed me to meet a lot of open minded people who are willing to grow and change and learn. . . .If you can accept a loud, crazy pot smoking drag queen, then you should be able to accept women, nonbinary people, [and] people of color.” 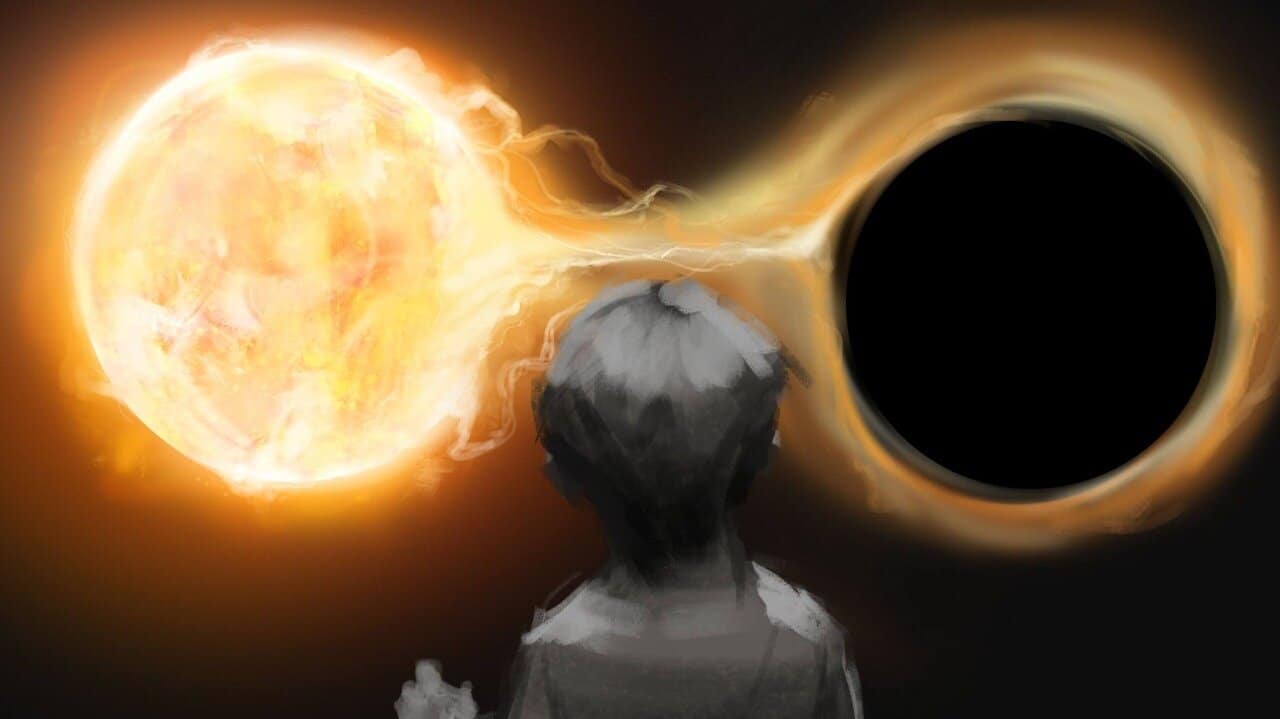 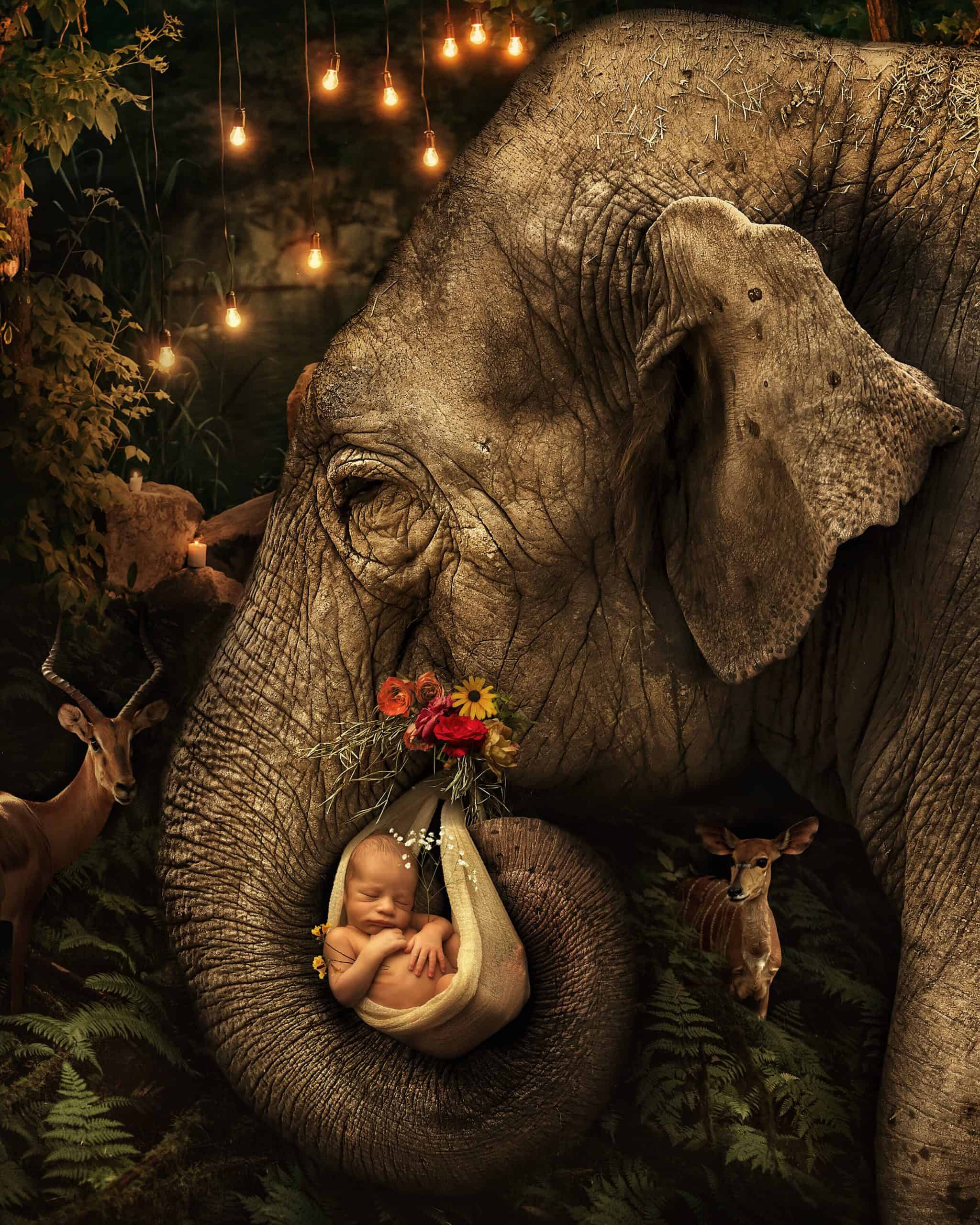