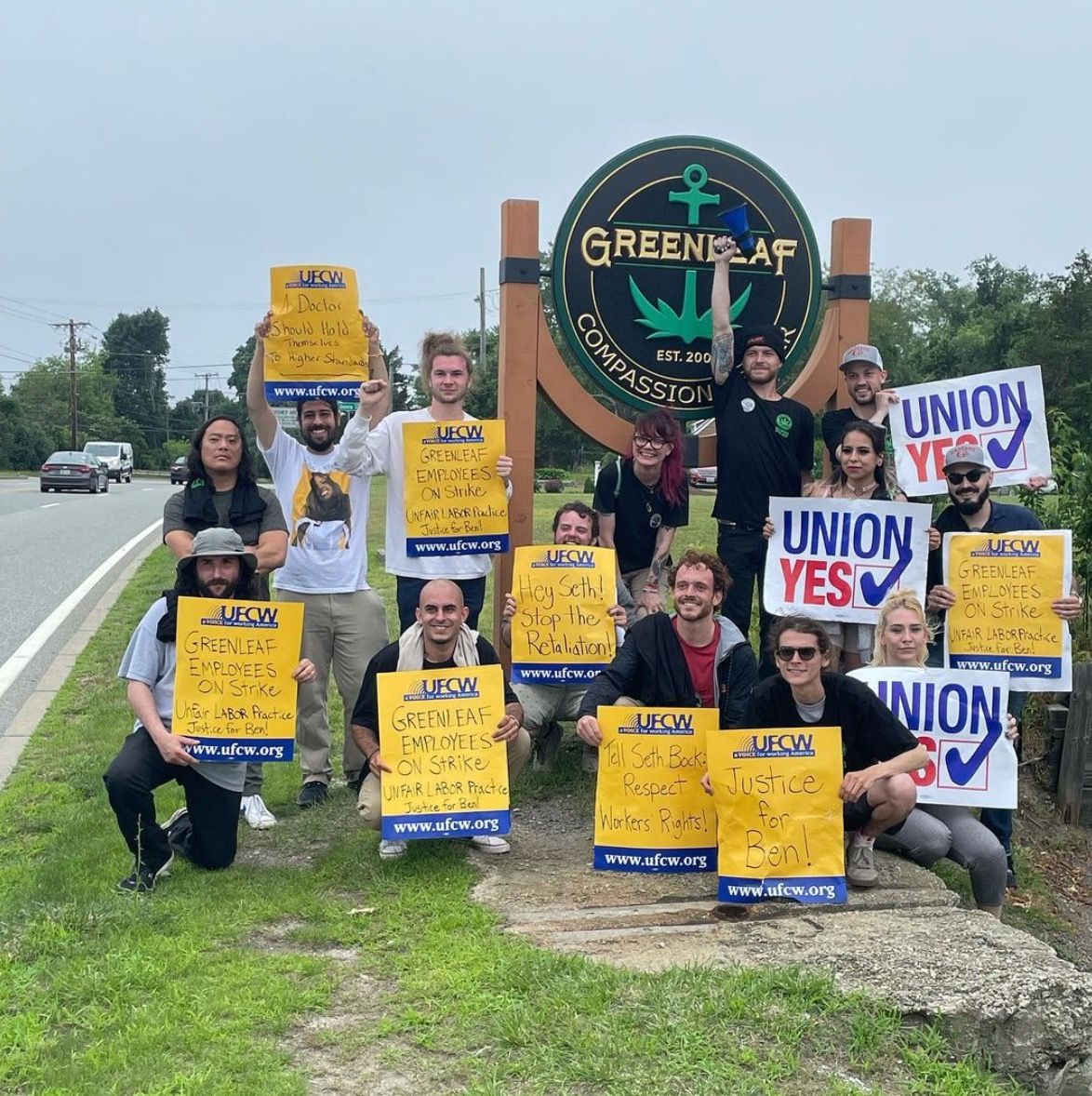 Building the Rainbow Coalition for Cannabis: A Social Equity Movement for the 21st Century

a month ago by Guest Writer • 8 min read

As cannabis legalization grows nationwide, many wonder how to heal prohibition's harms. Marvin Bing of impact agency Black Flower and other advocates are pushing the movement for a social equity-focused Rainbow Coalition for workforce rights, expungement, and more.

The national movement to legalize cannabis is growing, as Rhode Island, Connecticut, New York, Virginia, New Mexico, Maryland and Missouri became the most recent states to legalize recreational adult use. Twenty-one states, two territories, and the District of Columbia have legalized small amounts of cannabis (marijuana) for adult recreational use. If we include states that have passed medical marijuana legislation, cannabis is now legal, in some form, in 46 of the 50 states.

But is legalization repairing the harm that was done by decades of prohibition? That’s the question that many are now trying to answer, as the cannabis market expands and the possibility of federal decriminalization looms near.

A Rainbow Coalition in Cannabis: Social Equity, Legalization, Expungement and the Workplace

“As the conversation around social equity grows, it’s critical we follow the lead of a ‘Rainbow Coalition’ of unlikely allies: advocates, activists, workers and businesses,” says Marvin Bing, Founder and Creative Director of Black Flower, a culture and social impact agency. “Progressive politics often happens in silos, meaning one interest group isn’t necessarily aware of the needs of another group.”

“In the space of cannabis policy, this means criminal justice groups fighting for expungement–which is necessary–but not stronger workplace rights for the future labor force of a brand new industry. If cannabis legalization is really going to be the social justice panacea that many of us hope it will be, we have to come together to make sure that everyone benefits: formerly or currently incarcerated people, workers, business owners who are women, BIPOC and queer folks, communities that were damaged by the War on Drugs, people with disabilities and more. We need a truly united front.”

Bing says the baseline for equity is expungement of prior cannabis convictions. This removes current barriers presented by an old conviction–and there are thousands of restrictions on employment, housing, parental rights and more. It’s essential, but expungement can never go back in time and repair the harm.

Some states, like New York and California, are trying to figure out licensing procedures that create space for people with previous cannabis convictions. This is also crucial, but in Los Angeles, these “legacy operators” have been mired in bureaucratic red tape that big money cannabis companies simply do not face. In New York, a sort-of gatekeeper is being created, the Cannabis Control Board, an appointed body that will make the rules and decide who gets legacy licenses.

“Expungement and operator licenses are both necessary, but not enough to achieve social equity alone,” says Bing, pointing out that “the majority of people who get involved in the industry are going to be workers, not owners.”

In New York, at least, legislators, cannabis businesses and unions are working together to make sure the jobs created are good jobs that give workers financial stability, healthcare access and paid time off.

“The cannabis industry in New York will not be a minimum wage industry,” says Nikki Kateman, an organizer with Local 338 of the United Food and Commercial Workers (UFCW) union. UFCW represents cannabis workers across the U.S. and Canada. “We recognize the value of the work they’re doing and the unique skill set they have.”

“It’s very rare that you get to be in a state that’s creating a brand new industry,” Kateman adds. “We have to make sure the jobs created are good jobs, not ‘Amazon jobs’ and low-road employment. It should be treated as a career and compensated well.”

Thanks to UFCW’s efforts, union workers in the cannabis industry will have access to guaranteed wage increases, full family medical coverage, and paid time off. While retirement plans are restricted by federal prohibition, the union negotiated other long-term benefits, such as job skills training programs, college education and scholarships. But perhaps most importantly, they’ll also have a ‘voice on the job’ and workplace protections when interacting with management.

Not every cannabis workplace in New York will automatically be unionized, but UFCW also negotiated a “labor peace agreement”, which means to get an operator license from the state, cannabis businesses have to agree to remain neutral and not to actively oppose efforts by workers to unionize. In return, the union agrees not to organize strikes and work stoppages.

“The great thing about high rates of unionization is that even in non-union workplaces, workers fare better,” Kateman says. “The bar has been set for the industry and the rising tide lifts all boats.”

The majority of cannabis businesses have benefitted from a lack of competition, especially those in states that began with medical marijuana. States like Virginia and Florida have also highly restricted the number of recreational operator licenses available, artificially creating a bigger share of the market for businesses with the connections needed to obtain one of those limited number of licenses.

“In Florida, it’s basically a corrupt scheme to benefit the wealthy,” says Justin Strekal, a political organizer and founder of the BOWL PAC, who has worked on cannabis legalization at the national level. “There are a dozen and a half companies operating in the entire state and no social equity program.” Juxtapose that with Oakland, CA, where there are seven times as many cannabis businesses in one city–and almost half of the operator licenses granted have been social equity licenses.

“This is an entire new economy with an established consumer base. It’s imperative that we don’t prevent people from the industry,” Strekal says. “Big companies are lobbying to keep their fiefdoms.”

Another red state, Oklahoma, has taken an opposite approach, issuing about 13,000 business licenses since 2018. While this has helped close the gap between new businesses and established medical operators expanding into the new recreational markets, it’s also saturated the industry, creating what some are calling a “Wild West of weed.” Still, very low licensing fees have reduced the barriers to business for people who have been impacted by the detrimental intersections of race, class, and cannabis prohibition.

How is Political Support for Social Equity in Cannabis Growing?

“More can be done to encourage the success of cannabis businesses owned by Black and brown people, women and LGBTQ folks in the marketplace, across the nation,” says Marvin Bing. “And fortunately, political support for cannabis decriminalization is growing at the federal level, at the same time this social equity conversation is at the forefront of new state policies.”

Justin Strekal agrees. “Just a few years ago, in 2016, only a few members of Congress would sign on” to legislation decriminalizing cannabis, he says. “Fast forward to today and the House has twice passed a bill that would not only decriminalize cannabis, but it would use tax money to reinvest in communities and regions most impacted by the War on Drugs–giving them a real shot at building better opportunities in the future.”

Naturally, marijuana legalization is popular nationwide. Almost every swath of America has seen the effects of cannabis prohibition, either personally or through somebody they know. It’s not only arrests for cannabis–people have lost custody of their children, lost their housing, jobs, and their ability to participate in society.

“There is enough public support for parents drinking wine to relax that we print it on t-shirts and sell it,” points out Strekal, “but get caught smoking a joint in your house, and your custody of your children may be at risk.”

What's Next for the Rainbow Coalition in Cannabis?

President Biden recently made good on his campaign promise to pardon marijuana possession convictions and recommend that chief law enforcement agencies review the scheduling of marijuana, potentially leading to reclassification or even full decriminalization. This is a major step forward, but we have to be realistic about the extent to which this will affect the landscape.

“A pardon and record expungement are not the same,” says Bing. “We need automatic expungement for people who have been saddled with thousands of legal restrictions coming from an old conviction.”

Bing also points out that rescheduling cannabis–moving it from a serious to minor infraction–would be “an incremental step in the right direction,” but would not remove federal criminal penalties, which put obstacles in the path of researchers and make some states and localities nervous about legalizing cannabis.

“We’ve already missed our chance for cannabis legalization to actually repair harm and create equity in too many places,” says Bing. “Now is a crucial moment that will determine the future.”

“Do we want to see a world where cannabis is legal, but sold by a handful of powerful, multimillion dollar corporations?” Bing asks. “Where workers are paid low wages and cycle in and out of employment that leads them nowhere? Where people who were sent to prison for growing or selling weed remain in prison, or unable to get a job or housing due to the restrictions of an old conviction?”

“Or do we want to see cannabis legalization create a flourishing, diverse market, full of small businesses run by people once criminalized for growing and selling weed, with plenty of women, BIPOC and queer people in leadership? Bud-tenders and grow laborers who are working towards their college degree and supporting a family while working in the cannabis industry? Communities that were once over-policed and under-resourced, full of new investment in infrastructure, commerce and housing?”

“We need more than just zero-sum legalization,” Bing continues. “We need legalization that creates social equity for all.” And he wants to see people marching and using collective action strategies to make it happen.

However you look at it, the choice is up to us.

Cassady Fendlay is a writer and strategist who has been behind the scenes of several major mobilizations for social justice and human liberation from systemic oppression. You can find more about her work on Medium. Connect with her on LinkedIn and at @cfendlay on Instagram.

A version of this article was published in Honeysuckle's milestone 15th print edition. Click here to get your copy now! 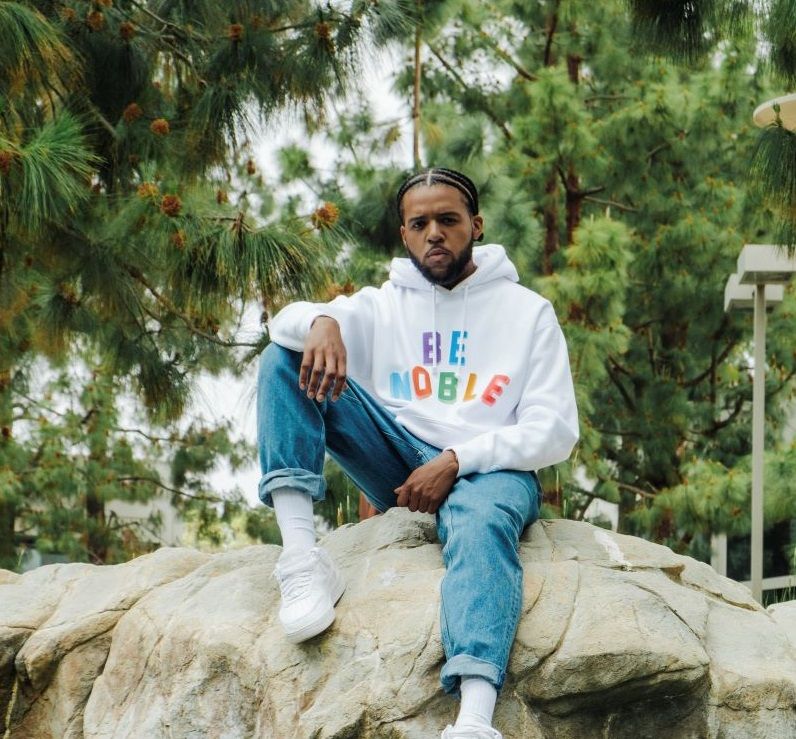 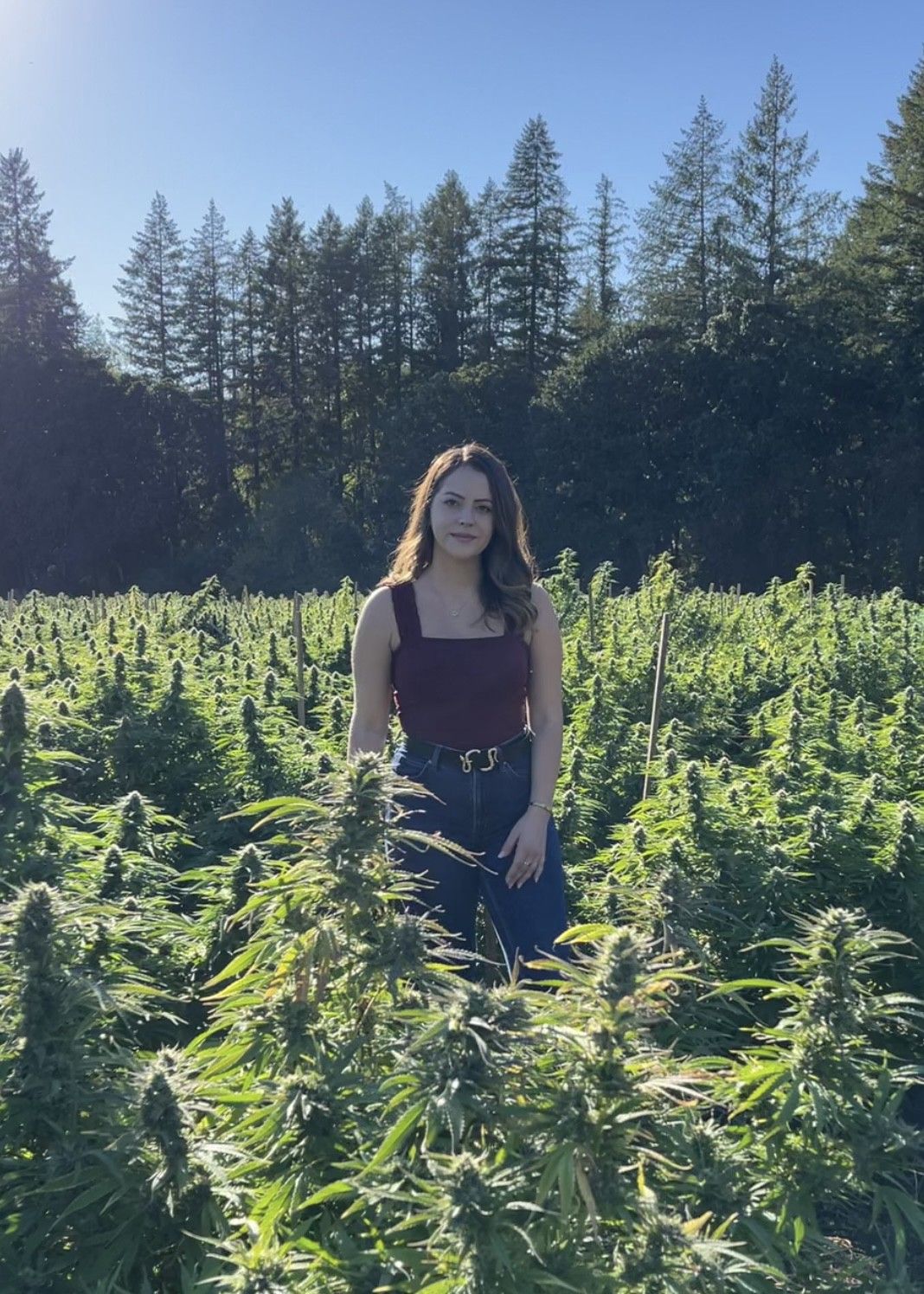