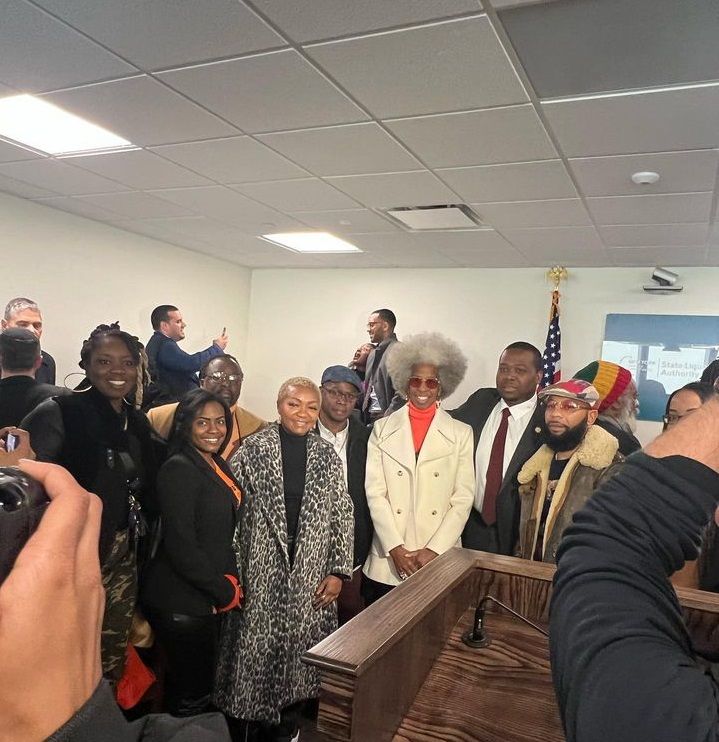 New York's Office of Cannabis Management announced the state's first adult-use cannabis retail licenses. 28 were awarded to justice-involved entrepreneurs and 8 to nonprofit organizations in the initial round of the CAURD program.

In a landmark step, New York’s Office of Cannabis Management (OCM) announced the state’s first adult-use cannabis retail licenses on Monday, November 21st. The department’s Cannabis Control Board (CCB) held its first in-person public meeting to address the awarding of the first 36 Conditional Adult-Use Retail Dispensary licenses, also known as CAURD licenses. In addition to the CAURD announcement, the OCM and CCB proceeded through a significant agenda of action items for the cannabis industry: Confirming new Conditional Cultivator and Processor licenses, revisions on advertising and marketing regulations, the unveiling of dispensary renderings, and more. All in attendance agreed this was a momentous day for the Empire State’s cannabis market.

Tremaine Wright, CCB’s Chairwoman, stated that the CAURD licenses marked “the last leg in the Seeding Opportunity Initiative,” a program announced in March 2022 to position equity entrepreneurs to be the first to make adult-use sales in New York, with products grown by local farmers.

“Not long ago, the idea of New York legalizing cannabis seemed unbelievable,” she said. “Now, not only have we legalized, but we’re also building a legal adult-use market with an equity-driven approach that embodies the ambitious goals of our MRTA [the state’s cannabis law, Marijuana Regulation and Tax Act].”

“These retail licenses are the final step in a supply chain we’ve been building since March,” noted Chris Alexander, the OCM’s Executive Director. “Already, family farmers have grown and harvested the first adult-use cannabis in New York. And our processors are hard at work already transforming that harvest into a wide variety of products.”

Who Received the First CAURD Licenses?

Both Wright and Alexander mentioned that the department had over 900 CAURD applications to review, and they expect to grant 150-175 licenses from that pool. The initial round of CAURD licenses on Monday saw them given to 28 entrepreneurs and 8 nonprofit organizations. Housing Works, a renowned New York City nonprofit that serves homeless populations and people living with HIV and AIDS, released a statement that their team was honored to receive a license, which they believe will help support their mission. Erica Ford, founder of the nonprofit LIFE Camp, was in attendance at the meeting; she is the first Black female leader of a nonprofit to be awarded such a license. Established in 2002, LIFE Camp works to reduce violence and provide education, mentorship and a variety of intensive therapies to communities in Southeast Queens.

Those entrepreneurs selected for CAURD licenses are defined as “justice-involved,” meaning they have previous cannabis-related convictions or are the direct family members of people with qualifying charges. As put forth by New York’s social equity provisions, the state is making an effort to prioritize citizens from communities that were adversely affected by overcriminalization during the War on Drugs, by allowing them new opportunities in the legal cannabis industry. Of the 28 entrepreneurs winning licenses in this premiere round, 19 identify as racial and ethnic minorities, and 20 are from some of the nation’s lowest-median income regions.

Damian Fagon, the OCM’s Chief Equity Officer, observed, “Nowhere in this country was the enforcement of cannabis prohibition weaponized more methodically against under-resourced communities than right here in New York… Between 1980 and 2020, there were over 1.2 million marijuana arrests across the state of New York, with approximately one million of those arrests occurring within the five boroughs. Of the over 400,000 statewide marijuana convictions across that same period, 54% of those convicted were Black, 23% Hispanic and 21% were white.”

During the meeting, board member Reuben McDaniel III revealed the OCM’s first renderings of what social equity retail dispensaries might look like. As President and CEO of the Dormitory Authority of the State of New York, an organization which has partnered with the OCM to provide resources to CAURD and other social equity cannabis entrepreneurs, McDaniel has been intimately involved in the process of preparing regions to accommodate cannabis retail. The renderings he presented showed interior and exterior design plans for a Harlem dispensary, where signage would prominently feature the words “Social Equity.”

By the numbers, the state’s conditional license programs - which place social equity at the forefront - have been a monumental success. “We have issued 277 Cultivation licenses, we’ve issued 34 Processor licenses, and we have just now issued our first Retail licenses in one year of operation,” Alexander recapped after the board approved the motion. “The New York State Office of Cannabis Management and Cannabis Control Board have established a supply chain for adult-use cannabis in the state of New York in a single year’s timeframe.”

Axel Bernabe, the OCM’s Chief of Policy, explained that the department’s focus on social equity would help keep New York’s cannabis market authentic. He and board member Jen Metzger concurred that the next logical step would be to expand sustainability practices. Bernabe recommended that every license applicant in all categories be exploring a thorough energy efficiency plan, and stated that the OCM would be concentrating on supporting applicants with factors like outdoor growing, smaller cultivation operations, or sustainable packaging for products.

“Sustainability and social equity are mutually supporting goals,” Metzger contributed. “They provide a model for wider economic development that supports the values that we share.”

Throughout the session, the board voted on 16 additional Conditional Cultivator licenses and 9 Processor licenses. They also reviewed revisions to the regulations for marketing, advertising and laboratory testing; extended the “emergency” laboratory testing guidelines; considered changes of ownership in two major New York cannabis businesses; and allowed live public comments for the first time.

Assembly Majority Leader Crystal Peoples-Stokes, listening in from Albany, led the charge. She acknowledged her pride in the OCM and CCB, congratulating all the team members on creating an agency “that’s focused on equity and social justice… That’s never happened in the state of New York around this issue, and in fact it’s never happened anywhere in America.” Stokes alluded to the lawsuit that recently caused an injunction against the OCM, causing five regions to stop preparations for retail operations. The Assembly Majority Leader asserted that while the first round of CAURD licenses doesn’t include anyone from her home of Buffalo - one of the affected regions - she believes they will win out in court.

“It’s a little sad that we’re in 2022 and equity has to be on trial,” Stokes continued. “I know a tremendous amount of people who have put in applications who I did not see on this list. So I know there’s an opportunity for them and I will look forward to that when it happens.”

Other comments from the gathered crowd included notable cannabis attorneys Joseph Bondy, David Feldman, and Scheril Murray Powell, who respectively raised points about the injunction’s effect on first-mover status; industry representation on the Cannabis Advisory Board and the importance of empowering progressive investors; and the opportunities for small business owners. Harlem resident Ronald Schuller declared that the CAURD application was overwhelming for emerging entrepreneurs, saying he believed it was unfairly excluding him and his community.

Cannabis industry trailblazer Dasheeda Dawson, recently appointed the Founding Director of Cannabis NYC, recounted her history as a medical patient and advocate for the plant. Citing the trauma she suffered from her community being overcriminalized in the War on Drugs, she enthused that she was proud and grateful for all those working toward an equitable legal industry.

“We need all hands on deck,” Dawson heralded, “and New York City is here to see it through in a big way. From day one, Mayor Adams made equity a primary focus of his administration, and at the center of our blueprint for economic equity and the heart of Cannabis NYC’s approach to this emerging cannabis industry is equity. Brilliantly located within the Department of Small Business Services, where we specialize in helping New Yorkers start and grow businesses, Cannabis NYC has already been working hard to support New Yorkers eager to enter the industry and participate. But we can’t stop and won’t stop, so in the coming weeks and months, we will roll out a curated Cannabis NYC programming specifically to support what the State has presented here, which is a healthy rollout of an ecosystem of both licenses and ancillary businesses.”

She concluded, “I encourage everyone to build coalitions with one another. Be actively engaged in this process, recognizing that working together, we can overcome obstacles meant to derail the mission… As a public servant, I’m here to be a bridge, and under Cannabis NYC, we will provide the resources and infrastructure to ensure we can be successful in our state’s division of an inclusive, equitable, and sustainable legal cannabis industry. The work continues.”

You Can Help the Work Continue! What's Next for New York's Cannabis Industry?

Check out these pending regulations and share your public comments with the OCM. Your voice matters. Email your comments to regulations@ocm.ny.gov.

The OCM issued comprehensive regulations for the Adult-Use Program that are now available for a 60-day public comment period. Read them here. Comment through January 22, 2023.

The revised regulations are now available for a 45-day public comment period. Read them here. Comment through January 9, 2023. 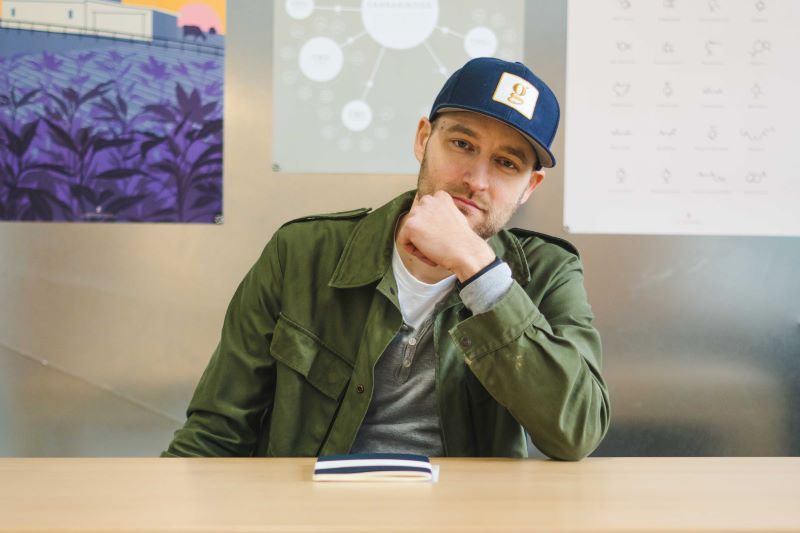 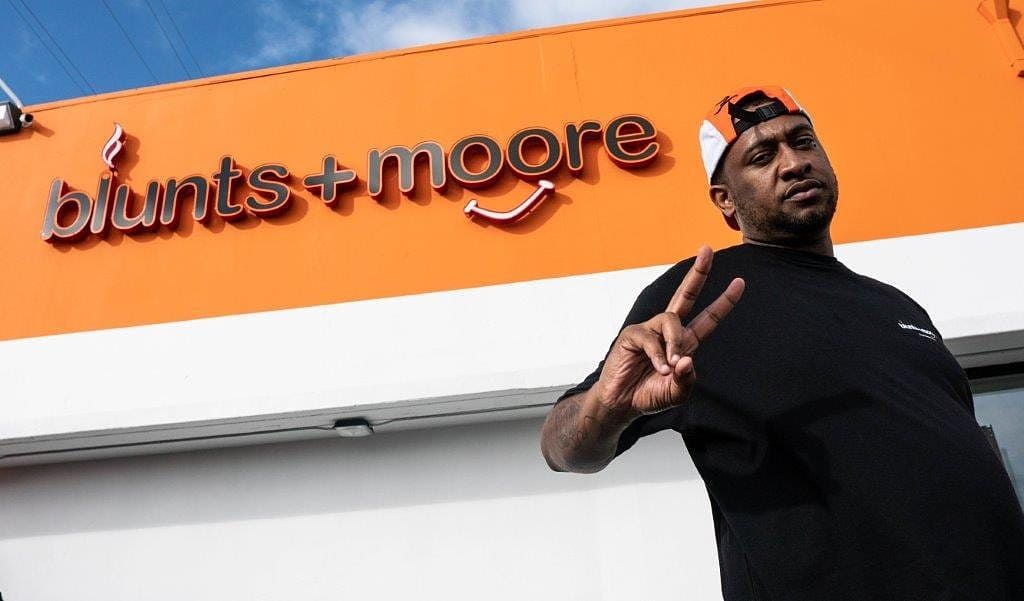