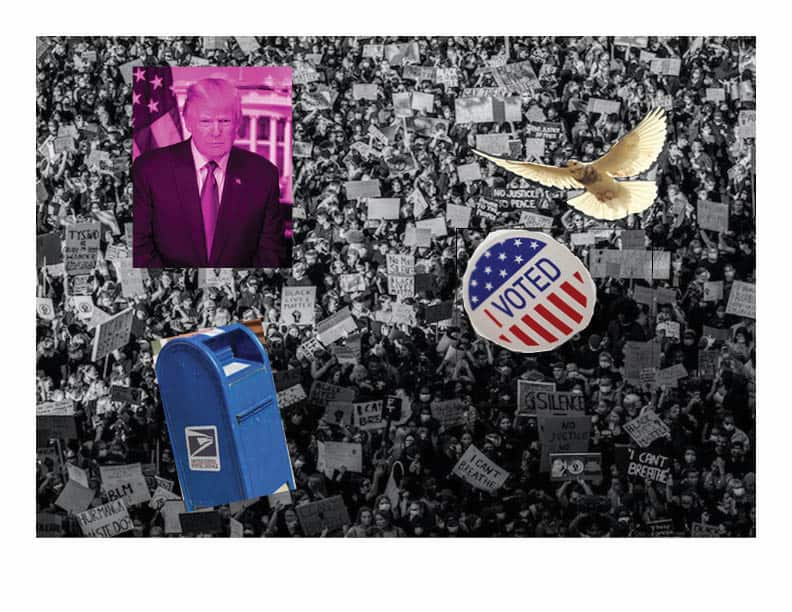 Opinion: This Election, Democracy Itself is at Stake

During my senior year of high school, my AP Comparative Government/Economics became a space where I began to understand how the world works. Up until that point, I rarely thought about how the US economy functions, a fact which, in itself, was reflective not only of my privilege but of the relative stability of those times.

Oftentimes my teacher would use extreme examples to explain how a system worked. “Imagine that all small businesses had to close for a period of time,” he would say, or, “Imagine you had a president who was using his position for personal gain.” Our response to questions like this was always incredulity. At the time, we found it difficult to conceive of these hypotheticals as realities.

In the same hypothetical vein, we would then follow these examples to their logical conclusions, and then we would see how the revenue of small businesses and their employee’s paychecks affect a larger system, or we would learn about checks and balances and the concept of democracy.

As I sit here now, in the summer of 2020 as a college senior, those scenarios we discussed have now become realities. This year, we are seeing first hand what happens when businesses have to close their doors. We can see what happens when supply doesn’t meet demand. With the travel industry, with restaurants, with retail, and so many other daily operations that rely on consumer spending, we can see what happens to city life when we remove ourselves from the equation; companies are closing stores and declaring bankruptcy.

We are mixing statistics and anecdotes about human experiences with loss, showing the dangerous faults in our healthcare system. We are seeing the obvious problems of our overpopulated prisons as well as the lack of proper attention and care to nursing homes. We are seeing the results of the underfunding of public schools, who don’t have soap in their bathrooms amongst other extensive issues and are now being seen as hazards they have been for years. These truths show that health is not prioritized in this country. We are witnessing a sitting president use his position for personal gain and causing harm as leverage to get what he wants.

This moment in time is allowing everyone to rethink what we take at face value. Social media is being used as a tool to gain widespread support behind various movements. People are analyzing their past and doing the work to understand how they have caused harm. This period of isolation has forced people to take a step back and think about their position in the world and their impact. It has also allowed people the time and attention to see the injustices around us and demand the needed changes.

I don’t know what high school or college for that matter will look like in twenty or even ten years. However, this moment will pass and be taught to future generations as a time when all systems were tested. We are questioning the authority of the government. We are demanding change because of the violence inflicted on communities across the country. This country went into this pandemic with a compromised immune system and is now facing the reality that it has been vulnerable for a long time.

Trump has done everything in his power to undermine the integrity of this election and of democracy itself, purely out of personal insecurities. Earlier this month Trump announced that in an effort to restrict citizen’s ability to vote by mail, he opposes an emergency bailout for the USPS as well as election aid for states. Trump is making these decisions off of the baseless claims that mail-in voting is less secure or more prone to voter fraud.

Trump has explicitly stated that he is afraid mail-in voting will give the democrats an advantage and hurt his chances in the election. Besides the obvious undermining of our democracy, this logic fails when you take into account that Republicans vote absentee as well. Even keeping the election aside for a moment, the USPS is a vital resource for many rural areas and small businesses. Cutting funding and weakening the service will affect not only the election but daily life for many Americans.

By instating Louis Dejoy, a major Republican donor, as the new postmaster general to disrupt and slow down the USPS right before it is needed for mail-in ballots, Trump is acting out of direct personal interest. Trump has used every opportunity during this pandemic to manipulate systems to his advantage. Voting during a pandemic was always going to be unusual, but with Trump’s efforts, he is ensuring that voters feel that a mail system that was, in fact, operating properly is faulty.  In response earlier this week, Senate Minority Leader Chuck Schumer announced a subcommittee of the US Postal Service’s Board of Governors which is responsible for investigating changes to the USPS and preparing it for the upcoming November election.

Some states are taking the issue of mail-in voting into their own hands. On August 20th, New York Governor Andrew Cuomo signed into law new election reforms that allow residents to vote absentee due to fear of contracting Covid-19. This new package ensures all ballots that are postmarked on or before election day are counted, and voters can vote safely and effectively during this crisis.

When we read history textbooks, they don’t talk about the uneventful periods. We are in the middle of the chapter about a global crisis. “Pandemic” will be highlighted in yellow and will hold a place in the glossary, along with “unprecedented” “essential workers” “immunocompromised” “quarantine” “remote learning,” etc., all adding to a Covid-19 vocabulary, attempting to narrate the experience of this year. The US will be compared with other countries that have done a better job of containing the virus and are having a resemblance of summer as we sit and watch the numbers grow.

This year, I have learned more about economics and political systems this year than in all my education thus far. The pandemic has catapulted us into a situation that many of us had not previously conceived of. A nation on the brink of a crisis creates an environment of urgency, where we are forced to re-evaluate leadership, systems, and our own place in them. While being apolitical has always been a myth, currently, being apolitical is not just disingenuous but also a threat to the survival of this nation and the communities within it and to democracy itself.

This is why this coming November election is so important. This election is not simply for a new President, but it is for a solution to the everyday disruptions and tragedies we have experienced under Trump. From ignoring the experts advising on the seriousness of Covid-19 back in January to undermining the November election, he has continually shown his inability to lead. By acting out of self-interest Trump has put every American in danger. This election, democracy itself is at stake.

This election is an opportunity to pivot this moment in the textbook chapter on the Covid-19 pandemic. As voters, we have the responsibility to move this moment forward for the better and begin the long process of healing. Existing in the middle of this extreme example in history, we have the opportunity to look around and see what needs fixing. Fix by voting, fix by listening, fix by learning. So when our children ask us about the insanity that was 2020, we can say we were a part of the solution.

Visit the American Bar Association’s website for more on what you can do to fight voter suppression. 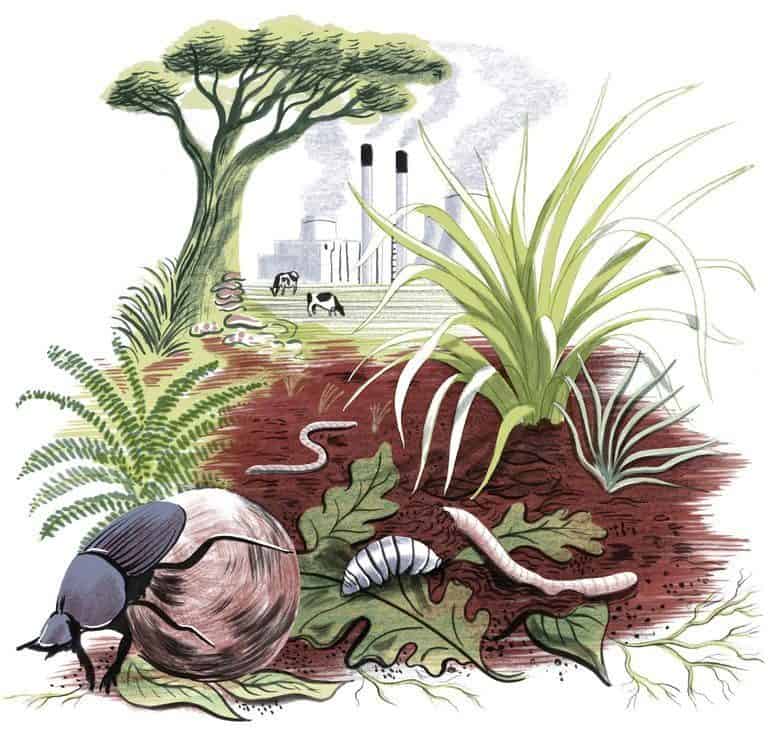 Will Californians Understand the Smoke Signals?

"Kiss the Ground": A Film for the Love of Soil 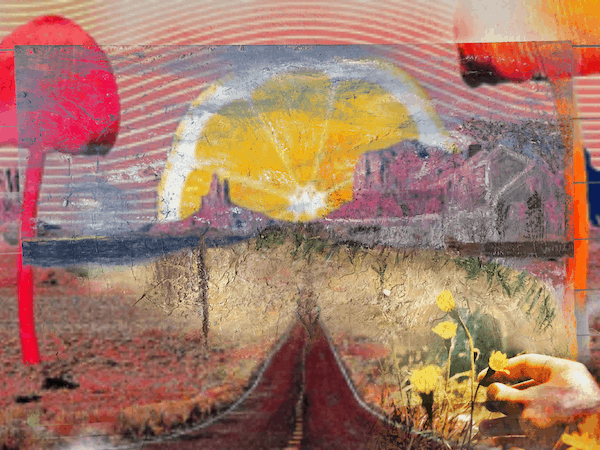