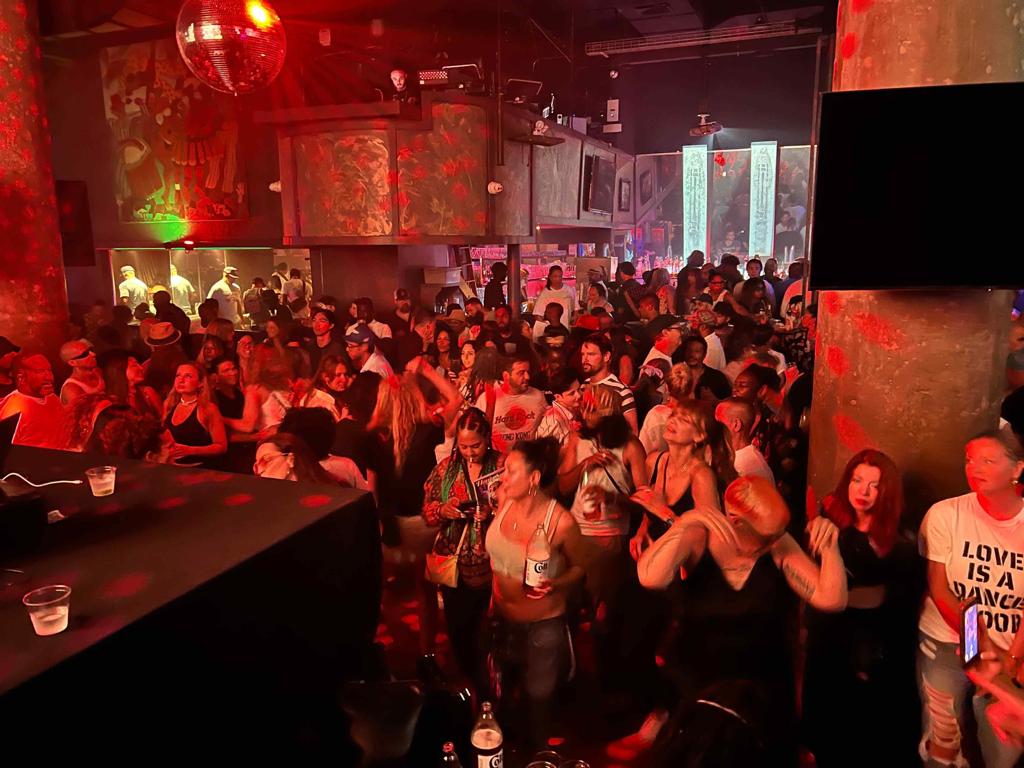 Buddy's Bodega and High Mart celebrated Soul Kitchen's 30th Anniversary at iconic venue Sounds Of Brazil. This is one event redefining what it means to be a cannabis party post-prohibition.

Cannabis prohibition is over in New York. You can respectfully (responsibly) smoke on the street, you can purchase cannabis from the seemingly endless amount of unlicensed weed trucks, unlicensed smoke shops, and even your local bodega. If you’re really into it you probably even know a social consumption lounge or two (cafe if you’re European).

This is all happening before any licensed cannabis businesses have opened. So my eloquent question to the city and its residents is why are all the cannabis events in the city so wack?

What Are Cannabis Parties? The Legacy To Legal Transition

I am fortunate enough to work in the industry, through the cannabis hospitality brand HiFive Edible Wonders, so I am constantly bombarded by ads and flyers for cannabis events. Many of these events are business and community focused and are aimed at legacy market individuals seeking licensure. These are not the events I will be discussing today. Instead, I am focusing on parties and social events that include cannabis. I found myself going to a lot of these events in the beginning.  Most were the same thing - you pull up to a smoky room with a bunch of people (mostly dudes) smoking weed, talking about weed. It was fun until the novelty of smoking somewhere that wasn’t your place or your homie’s place wore off. These were cannabis events celebrating cannabis, and the only things to do involved cannabis. If there was a DJ, you best believe they were going to be playing all the weed tracks and the entire venue would be decked out in corny weed stuff.

This is the downfall of these parties - they were cannabis parties, not parties with cannabis. The cannabis community’s duty now is not to celebrate the end of prohibition, but rather to normalize cannabis at parties and social events. We are at a crucial time, now is when both cannabis organizations and the public (their customers) are going to figure out the best form factor for both products and events. Products are a bit more predictable as we can look at more mature legal markets; however the event and party form factor will be an entirely different beast. How do we get cannabis and alcohol to co-exist at the same event? How do we avoid a smoky room with people just sitting? How do you create brand awareness? What does the sponsorship structure look like? What is the most effective way to integrate cannabis into an event?

As someone who works in cannabis hospitality, I need to know the answers to these questions ASAP.

On July 24th the HiFive team went to Sounds of Brazil (SOBs) at the edge of SoHo. We were going to the 30th anniversary of Frankie Jackson's Soul Kitchen, a series founded by event producer Jack Luber to allow for new cultural moments in New York nightlife. Luber came up with the concept in 1989, creating a space where elements of music, social connection, and fun could commingle, and where cannabis was a component to enhance the evening without being the main attraction. Searching for the perfect artistic partner who could embody the Soul Kitchen spirit, Luber interviewed numerous musicians and DJs to find the vibe he envisioned. Eventually he was introduced to Frankie Inglese, then an up-and-coming DJ known for his ability to mix old-school soul and funk with jazz and reggae for an elevated sound. The match was an instant success, and by 1991 Frankie Jackson's Soul Kitchen (based on a mashup of Frankie Inglese and Jack Luber's names) was taking New York's "in the know" audience by storm.

For the 30th anniversary, it was clear that Luber and Inglese's legacy of honoring new cultural moments - uplifted by cannabis - would maintain the same energy as that first season. The party at Sounds of Brazil (SOBs) promised 40’s (malt liquor), chicken wings, $5 cover (the same as it was when the party was first started all those years ago), and of course great tracks. At the corners of the ad for the event we saw both Buddy’s Bodega and High Mart were sponsoring - now my interest was extra piqued.

SOBs is a legendary venue; if you do not know about it, check it out! Lots of amazing acts have played there and they will continue to throw some of the best music events in the city. The only drawback is that it’s pretty hard to get in after a certain time, so I made sure to be punctual. I arrived at 9:50PM and I was the third person on the line. By the time the doors opened at 10PM, the line was 50 people deep. I paid my $5 cover and I was immediately greeted with some deep cut Motown tracks. Promised cover, check. I went to the bar, got myself a $12 40oz and made myself acquainted with the space. Affordable beverages, check.

The venue had two bars, a seating area, TVs and projectors displaying old album covers, and of course a huge dance floor. In the back near the second bar was a table full of chicken wings. Promised chicken wings, check. The VIP area was converted into Buddy’s Bodega station. They had a variety of goods including flower, pre-rolls, and vapes. There were no signs anywhere, but I caught on pretty quickly that you could smoke in the venue. The seating area turned into the pseudo smoking lounge area where folks could be found smoking or rolling up. Cannabis friendly, check. Everywhere else was simply the dance floor. The only “decorations” were the album covers rotating on the screens. Cannabis was not mentioned at all during this event, only provided and consumed - just like alcohol. Was this a vibe I could get down with? Hell yeah.

This was one of the first events I’ve attended  (in general, not just cannabis events) where there was a very diverse crowd. In the beginning we saw a lot of older club heads, but as the night progressed we saw both younger and older folks come in. There was a great mix of both men and women and everyone danced. I think it’s kind of crazy that I occasionally find myself in some random warehouse parties at some ungodly hour with a wild DJ playing some insane tracks and the dance floor is just full of people standing around. However, that was not the case at this party and I loved it.

Before I got too swept away on the dance floor, I chatted with some of the event’s organizers. I caught Byron of Buddy’s Bodega right under a giant speaker in the seating (“smoking lounge”) area. I could barely hear him, but I got to discuss the party with him for a bit. He said he wanted to do cannabis events in a different way. As he passed me a fat joint, he said, “I hate events where people are sitting down, smoking weed, talking about weed. We want to do different events, events where weed can be consumed with alcohol. Events that celebrate life, not smoking weed.”

I could not agree with you more, Mr. Byron.

I asked what he was proud of with this event and he mentioned the accessibility at only $5 entry; I also observed that the drink prices were decent by NYC club standards. It was an event for the community, by the community.  And to my knowledge, no one was turned away at the door.

The guys working the table in the Buddy’s Bodega area were super happy to see NYC back in action. They were happy to be in the environment facilitating the event, not the main point of the event.

After I collected my notes, I got myself a beer, rolled up a spliff and proceeded to dance until 2:30AM on a Sunday night (Monday morning). This DJ simply did not miss. Great tracks, check.

As mentioned above, most of these cannabis-centric events and parties we go to are very predictable and it doesn’t make for a good night out. For a city that has embraced cannabis for so long (way before the MRTA has passed) and for residents that have already started capitalizing on this industry before licenses are released, why is the party scene lagging? My answer to that is almost paradoxical. I feel like event organizers are putting too much focus on the cannabis part of these events. After all that writing about the party, it can simply be distilled to a dance party with a great DJ, fun people, and an excellent vibe in a venue that allowed cannabis consumption. Event organizers in the cannabis space have the cannabis part covered, now they need to focus on the people and the vibe. This is not to say these parties don’t exist - they most certainly do - we just need to make it mainstream.

Chef Jacquie (@highlypersonalchef) threw an infused BBQ at the most Irish bar ever in the Bronx and it was a great success. The ticket included the infused barbeque foods, an open dab bar, and an open bar with alcoholic drinks. Additionally, this event was marketed toward bar regulars and members of their community, not just cannabis enthusiasts. Chef Jacquie sponsors a softball team in the neighborhood’s local bar league and was able to spread the news of the party toward her tight-knit community that way.  Yes, it was a cannabis-focused event, but the people and vibe set it apart from other events. It wasn’t just a bunch of people sitting around, it was a lively summer BBQ with activities and fun people to meet and talk to. Many people that attended never had been to an event like this before. It was the first event of its kind in the area and it most certainly won’t be the last. Chef Jacquie is actively and positively bringing bar culture and cannabis culture together with her events.

Chef Kim (@enjoycannabisdesserts) threw an incredible 420 party at a pizza spot in Brooklyn. You can call this the very definition of a cannabis party, but it was how the cannabis was presented that set it apart from other events. You can just roll up and smoke with your friends, or you get a dab from the royalty herself the Dab Queen (@dabqueennyc), or you can eat your weed with an infused pizza and/or some of the passed desserts. If you were feeling competitive, you could join the joint rolling competition. If you were all weeded out and you didn’t want to participate in any of those activities, you could always head to the dance floor and dance your little heart out to the sweet sounds of their vinyl DJ. The planning around the cannabis at this 420 event is what set it apart from other 420 events I have been to in the past. The consideration for guests was awesome, there was rarely a moment where a guest was just sitting around with a joint in hand.

So before you think I’m a Debbie Downer - there are good parties out there and I implore you to find them. Find them, tell your friends and let's push these event organizers to create fun and meaningful events that successfully integrate cannabis just like these events.

Have you been to an awesome event that includes cannabis? Let us know! We’d love to hear about it! Tell us at @honeysucklemagazine on Instagram and @HoneysuckleMag on Twitter. 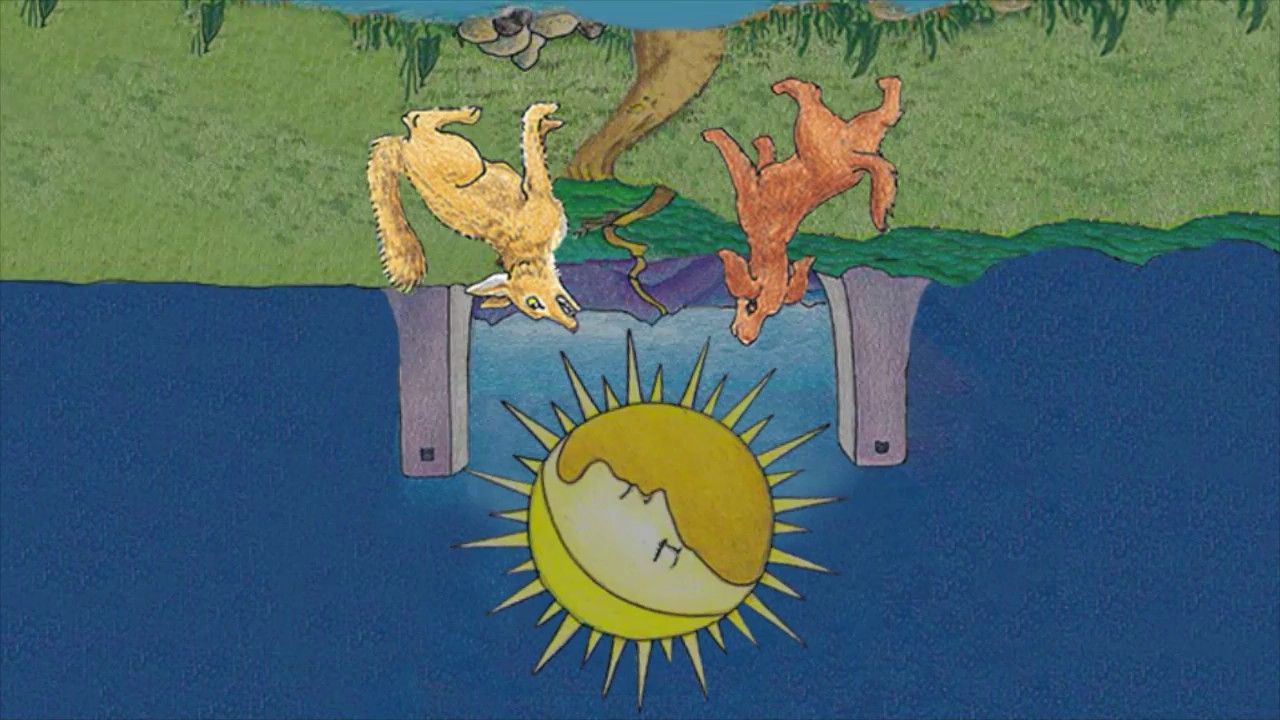 5 Celebrities Who Use CBD To Stay Calm And Relaxed 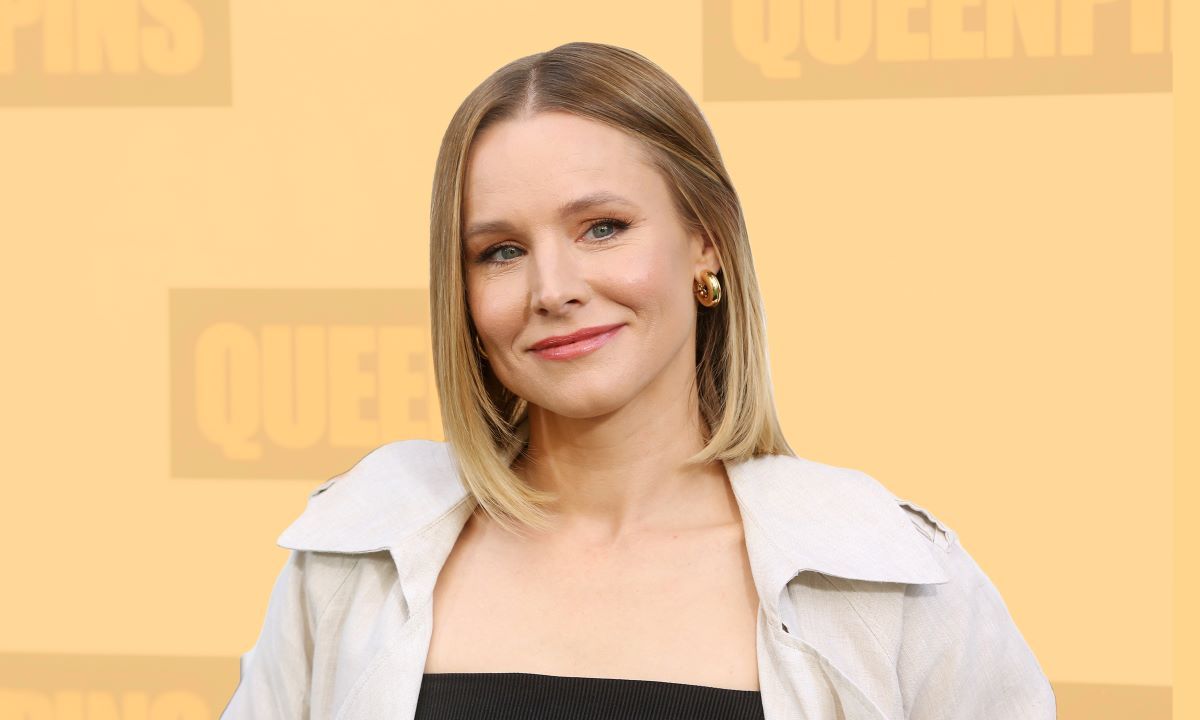