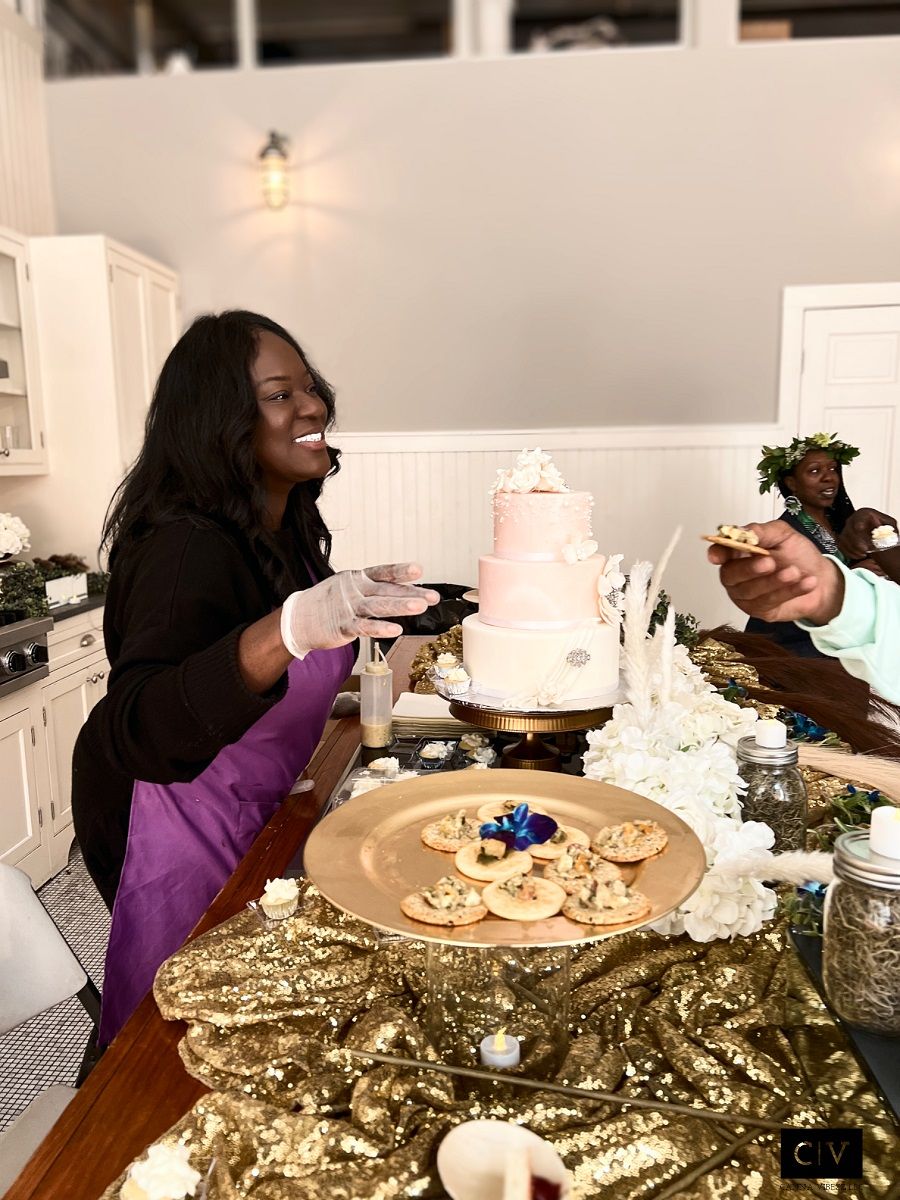 a month ago by Jaime Lubin • 6 min read

Where do you get to be both a bride and a flower girl? At the Cannabis Wedding Expo – and the flower in question is from the magical plant.

What Is The Cannabis Wedding Expo?

New York hosted its inaugural Cannabis Wedding Expo, a boutique showcase of local cannabis brands and wedding service providers, over the Juneteenth weekend at Home Studios in Manhattan’s Flatiron District. Mere blocks from the iconic Kleinfeld Bridal, home to the hit show Say Yes to the Dress, an eager throng sought a new kind of reality in their wedding planning. From culinary cannabis to photography services to jewelry and everything in between, exhibitors introduced guests to a whole other dimension of hospitality.

The expo’s founder and CEO Vanessa Oliver (also owner of its parent company Infin8ly Elevated Events) was proud to finally debut the event in New York. She’s hosted seven seasons of the Cannabis Wedding Expo in eight major markets throughout the U.S. and Canada since 2016. However, Oliver mentioned that holding the show in New York was particularly special due to the city being the cannabis consumption capital of the world, and the Empire State having the most sweeping focus on social equity in its legislation.

Which Brands Were Featured At The Cannabis Wedding Expo?

“Cannabis is female. See her bloom… She is the conjunctive between ‘I try, therefore I do.’” So read Oliver’s quote in the signature gift box which was awarded to attendees by Two Chicks and Flowers, containing the brand’s new Hemp Essential Oils and assorted goodies. Women’s power was on full-spectrum display at the event, reflected in the exhibitors Oliver curated. A vast array of the sponsors and vendors at the expo were women and BIPOC-owned brands, including HiFive Edible Wonders, Two Chicks and Flowers, Ham’s Kitchen, Yuniku Events, High Garden, Calm Better Days, Kind Fine Jewelry, Lobelia Rose, Puff Puff Pastries, Dead Treats, and more.

Chef Ali, owner of HiFive Edible Wonders, held court in one of the expo’s kitchen spaces as she produced non-infused samples of various treats (the chicken-and-waffles, channa salad and dough balls with syrup were divine). She noted that the Cannabis Wedding Expo is a marker of how the mainstream is coming to accept cannabis culture.

“It’s been incredible,” Chef Ali said. “It’s really nice to see people come and be excited about something they never thought they could, or thought they could have integrated in this way into their wedding, or bachelor/bachelorette party… The way that we’re expanding cannabis hospitality, we [have something to offer] everybody. You could have dab stations at your wedding, you have food… You can customize gift bags… You have things that you can work into different events. We’re not only here for weddings.”

Jackie Conroy, co-founder of the elevated experiences brand High Garden, observed that helping people incorporate cannabis into family-and-friend events would normalize it into the culture. “We’re breaking the stoner stereotype,” she commented. “We’re trying to build a community around education and advocacy.”

Which Cannabis Products Could You Find At The Cannabis Wedding Expo?

Even the fact that many of the brands focused on the same consumer categories – food and drinks, event planning – didn’t faze the vendors. Rhiana Hernandez, Sous Chef for Puff Puff Pastries (who also cooks under their own label of Baked By Kokujin), explained that the communal nature of the event was really welcoming. They thought it differed from most other expos that would normally encourage rivalries among similarly-oriented brands.

“The collaboration is wonderful,” Hernandez stated. “It’s great to see so many brands that do what I do. We’re not in competition; we’re here to learn from each other.” They had a popular table on their hands, featuring chewy citrusy treats covered in a gold-dust drizzle. “I mix gold dust into the edibles,” they continued with a smile. “We’ve been eating shitty edibles for so long that we deserve some opulence.”

Additional opulence was nearby, where gemologist Shella Eckhouse displayed her Kind Fine Jewelry collection. The cannabis-inspired designs, crafted in New York’s Diamond District, elevate the plant to another level of sophistication. From elegant studs to diamond flower pendants or edgier 420 statement accessories, there’s a piece to fit everyone’s taste.

“It’s perfect for anything that might fit your cannabis theme,” Eckhouse declared. “You can have matching necklaces or bracelets for your bridesmaids, cufflinks for the groom or ushers, or just a subtle nod to your love for the plant. It’s great to be part of a community that’s helping to redefine what hospitality is.”

Truth, Aesthetics, And Breaking The Stigma At The Cannabis Wedding Expo

And within those definitions was the beautiful encouragement to live one’s truth. While the Cannabis Wedding Expo saw plenty of the expected floral-and-pastel aesthetics, each vendor also brought an energy that was uniquely theirs. There were also some notable departures from the “American Standard.” Chef Shawn Hamilton of Ham’s Kitchen, rated by High Times as one of the top five cannabis chefs in New York, shared some new twists on traditional Caribbean cuisine with his plantain chips and mango salsa. Devlin Lynch of Dead Treats injected exquisite spookiness into wedding chic, decorating her table with glittering skulls among the cannabis-shaped goodies. Not only was her gleeful take on the macabre a perfect choice for alternative weddings, but her food is also made with coconut oil and created for universal accessibility.

“I want to open a medical bakery,” Lynch said. “It’s all-vegan, gluten-free, and allergy-free, so no one gets left out.”

Throughout the fun of networking, tasting, and sampling the brands’ wares, the sense of camaraderie reigned. It wasn’t so much the revelation of pairing cannabis and weddings that was extraordinary, Chef Ali admitted, but simply the fact that such a wide-ranging group of people could come together in the open to educate the public that this was an option.

“We come from catering,” she asserted, “so for us it’s just very natural to incorporate [cannabis] into events. Because it’s just an ingredient. We’re adding it like alcohol, like anything else.” However, she added that what excited her most about participating in the Cannabis Wedding Expo was “the shattering of stigma. Hundred percent, the shattering of stigma. As a canna mom in this space, a person in this industry, watching this evolution is phenomenal. Now watching this step onto the main stage, it’s going to shatter all of those stigmas. We get to help make that happen. This is priceless.”

But if the entirety of our country wants to be part of that movement, and experience their own cannabis weddings, we all have to make an everlasting commitment to further federal legalization. Do we take this plant to be our lawful medicine and social partner, till death do we part? If your answer is “I do,” you’d better stop holding your peace. 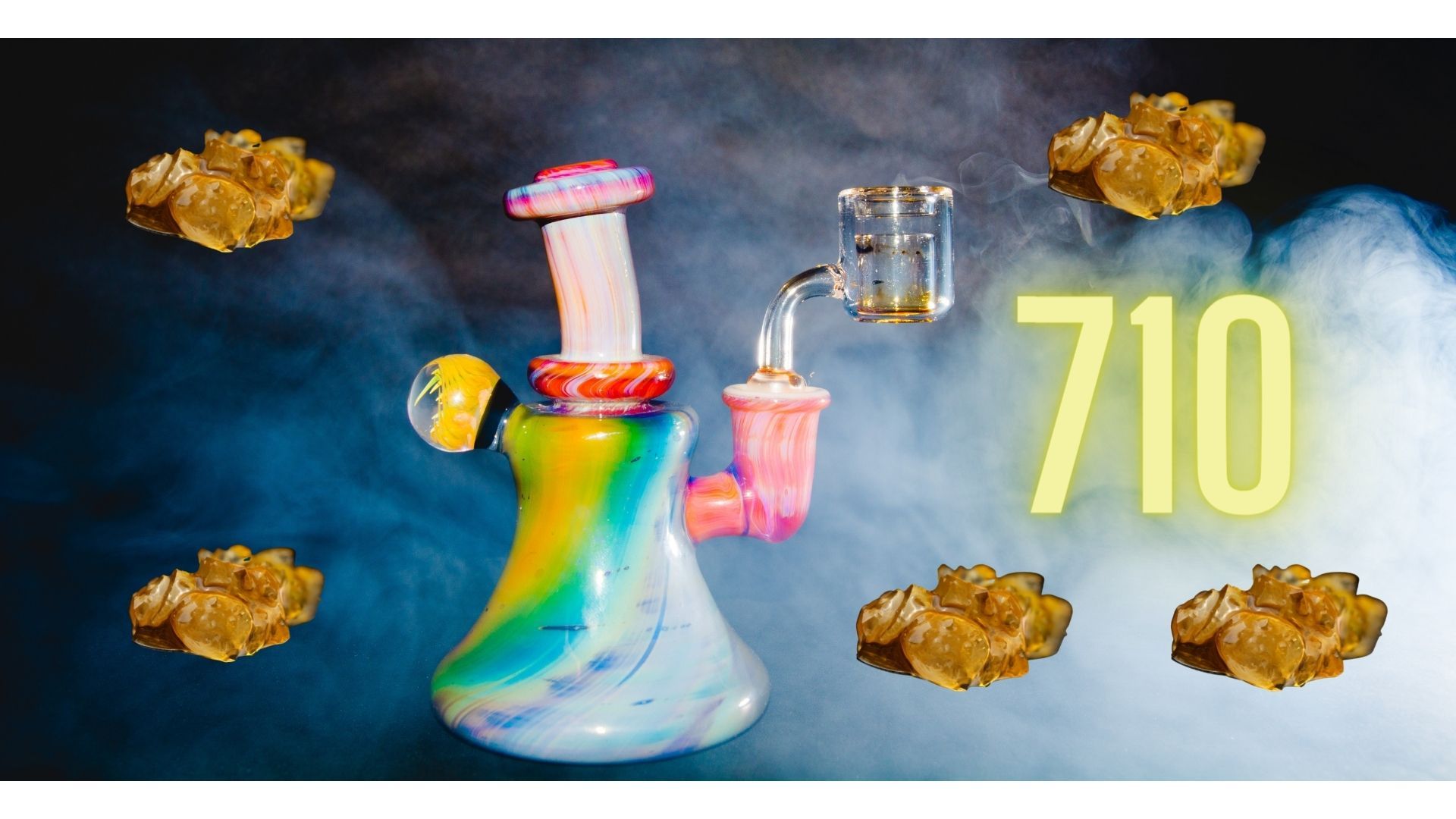 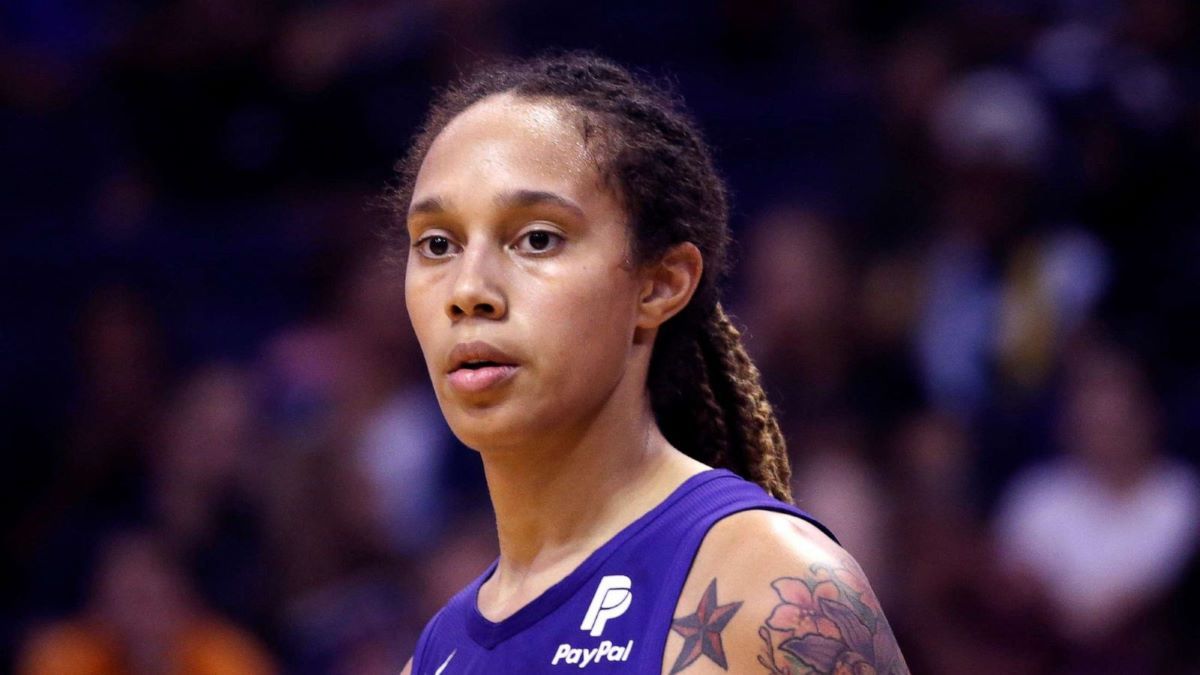