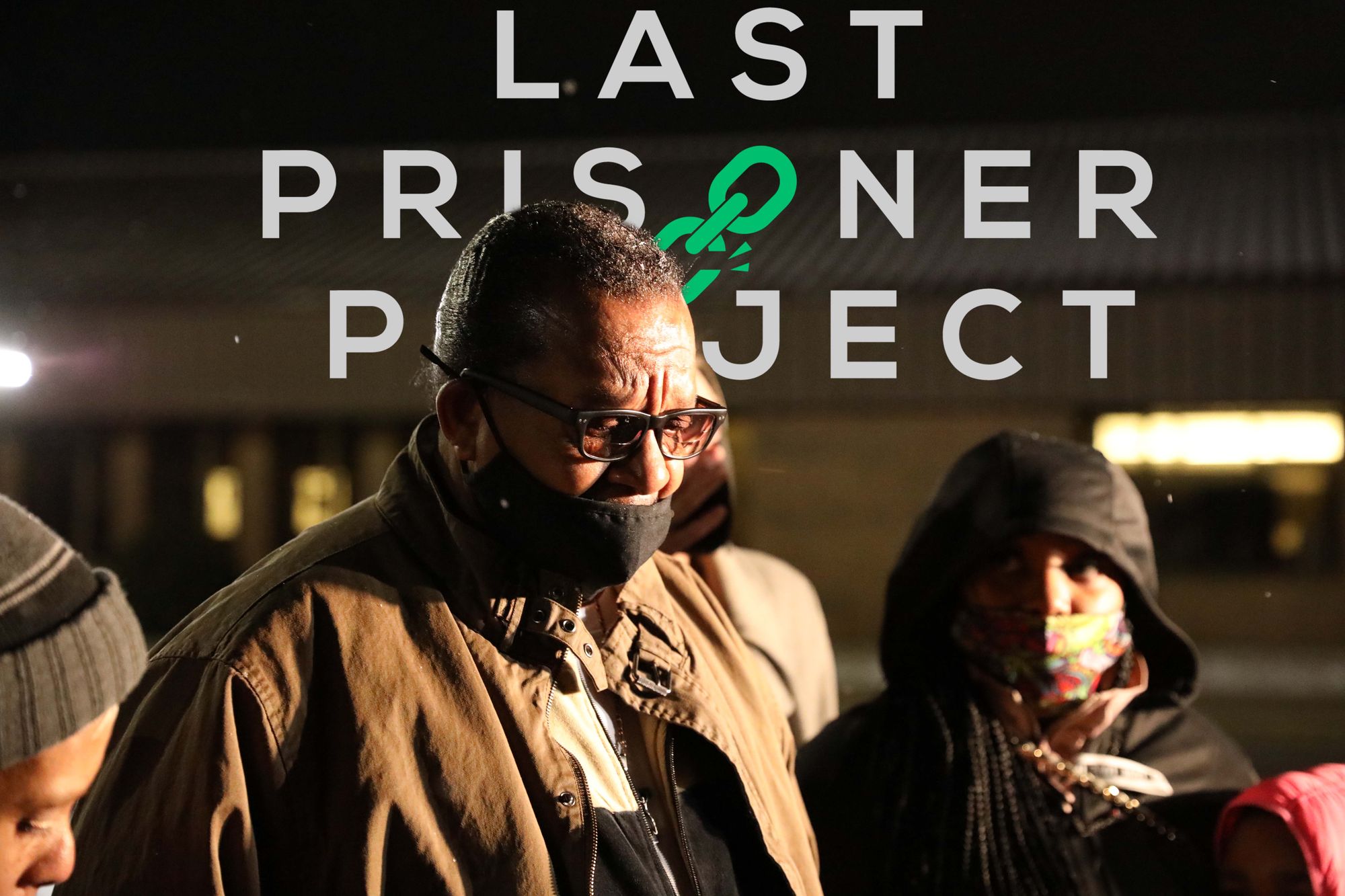 What is Last Prisoner Project?

When Stephanie Shepard was given a decade-long sentence for conspiracy to distribute cannabis, her 91-year-old father told her he didn’t have a decade. When Evelyn LaChapelle was offered a plea bargain for eight years instead of 24, she added the number to her daughter’s age— 12 or 28—and chose the security of time.

Funerals, birthdays, dinners and the things time touches are what Shepard and LaChapelle lost to the War on Drugs. Shepard was allowed to attend her father’s funeral but not his deathbed. LaChapelle missed her daughter passing through the tiny miracles of elementary school. Neither Shepard nor LaChapelle are asking for something that cannot be returned; they are asking for respect in all its forms.

As Community Engagement Manager and Development Associate for the Last Prisoner Project respectively, LaChapelle and Shepard are ensuring that a little more dignity is offered to those leaving prison. LPP with its expungement and clemency support, post-incarceration grants, internships and employment opportunities is helping those incarcerated for a plant that now fuels a billion-dollar legal industry get out, stay out and re-educate the public in the process.

“You feel out of place when you first get out of prison but I go to work with people that respect me and I respect them back,” Shepard said. “The chipping away at the industry and policy—that’s just something we’re going to have to keep doing.”

Who Founded the Last Prisoner Project?

The Last Prisoner Project (LPP), was born out of what its founder, “Father of the Legal Cannabis Industry,” Steve DeAngelo calls the outrage of the current state of cannabis. Since the organization’s creation in 2019, the industry has expanded as those convicted decades ago remain in prison. While cannabis convictions have begun to wane as legalization waxes, LPP estimates 40,000 prisoners are still waiting on clemency or release.

“People who have been convicted on cannabis charges aren’t criminals, they’re victims of the War on Drugs,” DeAngelo said. “All the messaging they’ve received for years as they’ve gone through the criminal justice system has been that they’re bad people. They force you to abase yourself.”

Here is the crux of what causes DeAngelo’s outrage towards cannabis in America—race has no reflection on how likely a person is to use drugs, and yet, Black Americans are four times more likely to be arrested on cannabis charges than white Americans, while 90 percent of cannabis CEOs are white.

LPP is directly addressing this blatant marginalization through intervention, advocacy, and awareness. To do so, DeAngelo and his brother Andrew, the organization’s co-founder, have recruited an expert leadership team headed by Managing Director Mary Bailey, Executive Director Sarah Gersten, and Director of Strategic Initiatives Natalie Papillion, whose critical study on the American carceral system is required reading for those seeking to understand restorative justice.

“On the federal level, LPP is working diligently to improve the restorative justice provisions in the Cannabis Administration and Opportunity Act,” said Natalie Papillion. “We have found that the legislation’s retroactive relief efforts needlessly restrict expungement and resentencing to a fraction of people currently burdened by nonviolent federal cannabis convictions.”

Upon release from prison, Shepard and LaChapelle were sent to halfway houses where they were expected to find work within two weeks. Once found, up to a quarter of their income would be paid to the house for living expenses. As LPP’s Community Engagement Manager and Reentry Coordinator, LaChapelle now advocates for a new program to cushion the fall out of prison.

Corvain Cooper, a current ambassador for the cannabis social impact brand 40 Tons, was one of the first to receive an LPP reentry grant. After completing eight years of a life sentence for distributing cannabis, the organization co-sponsored his executive clemency, granted in January 2021. With the $5,000 provided by the grant, he was able to spend two weeks at an Airbnb with the daughters he had only known from within the confines of prison. LaChapelle and Shepard advocated for this time that fundsprovide—time to adjust, time to reassess, time to become acquainted with a new world.

“Coming out of prison for so long and seeing dispensaries and seeing billboards, now it’s glamorous, for us it was ugly,” Shepard said. “But now, ten years later, it’s the sexiest thing going.”

Upon release, LPP facilitates expungement in order to create something closer to a fresh start. Even after LaChapelle found a job, the security didn’t last long when a fellow employee shared an article about her trial and she was let go. She thinks if she would have had a reentry grant, things could have been different. “With the grant, you have the freedom to not be a beggar.”

If you are lucky enough to be informed about LPP’s mission, receive clemency, a reentry grant and an expungement (most are partial), there is still a forest of employment restrictions. While it is categorically illegal for an employer to advertise a blanket ban like “felons need not apply,” that does not ensure employers are willing to muddle through the convoluted state and federal policies regarding cannabis convictions.

The organization works to educate cannabis companies that just because someone may have a felony or misdemeanor cannabisoffense on their record, that doesn’t mean they have to be shut out of the industry.

“There is a lot of policy written that would have felons excluded from the cannabis industry,” LaChapelle said. “When already the door isn’t wide open because you’re Black and brown, then you’re a felon, it’s a narrow space to squeeze into.”

Shepard, who is also on the organization’s advisory board, coordinates LPP’s Roll it Up for Justice program to address this inequality. Through collaboration with over 300 cannabis shops, customers are encouraged to round up their purchases to support grants to former convicts. LPP boasts a total of $600,000 in grants already awarded, with more in the works. While these funds also come from wealthy donors within and without the industry, many customers contribute as well.

“Customers need to understand the privilege they have when they walk into a dispensary and not get arrested,” Shepard said. “They can walk in, get what they want and leave.”

Shepard says most people stepping into a cannabis shop are aware of this privilege, but good intentions are not enough. Both women talk about cannabis executives shaking their hands at high-brow events, apologizing for what they “went through,” asking them to share their story and then closing the door behind them.

“We get invites to these industry things where they say ‘We want to honor you’ and we’re smiling and we’re cheesing, but the truth is when the events are over, I’m not eating off of this industry,” Shepard said. “They’ve given us a piece of notoriety and fame but not a piece of the pie, not a piece of the wealth.”

DeAngelo believes that most people in power within the industry want to help, but when they see the current labyrinth of policy,they throw up their hands. The LPP leadership team has worked to ensure that they do the heavy lifting, providing companies with direct venues for support along with guidance on how to hire those who already have experience in the industry, just before it was legal.

What are the organization's key strategies for making this happen?

“There are many ways that the cannabis industry can support cannabis prisoners who paved the way for cannabis legalization,” said LPP’s Managing Director Mary Bailey. “This is especially important for cannabis companies who offer ancillary services such as HR, tech or marketing since there is much less red tape for employees who are still on supervised release, probation or parole, and therefore not legally eligible to work in plant-touching jobs.”

DeAngelo says that one of the reasons for starting LPP was his unique placement within the industry. He spent the first 25 years of his career in the underground market, shuttling the plant in and out of New York. In his fourth decade, he purchased his first legal right to sell the plant in California. As he gained status within the industry, his voice was no longer falling on deaf ears.

What are the organization's key strategies for making this happen?

In connecting the two eras of cannabis, he uses this voice to “provide a professionally managed opportunity for cannabis companies to do the right thing.”

It wasn’t just in boardrooms where DeAngelo saw this unmet need. When he was welcomed into discussions regarding California legalization and decriminalization, he realized that the first thing to be cut in across the aisle negotiations was resentencing. So LPP pivoted beyond direct services to building out a state and federal policy arm.

For those pushed into the abyss that cannabis policy created, the damage is irreparable. Shepard and LaChapelle agree that not a day goes by when their convictions aren’t at the center of their world. If Shepard isn’t playing catch up with her career, she’s being reminded of her father and the time they lost. If LaChapelle isn’t working as a waitress at night, she’s ruminating over how her daughter was affected by her absence. Both women say they find solace in working with LPP and making room for those convictedto be treated like complex humans, but, LaChapelle adds, they can never forget what was lost.

Join LPP this holiday season in sending well wishes to those currently incarcerated for cannabis. Sending a holiday letter to an incarcerated cannabis prisoner reminds them that you're fighting for them and they have not been forgotten. These letters are even more powerful in the midst of the COVID-19 pandemic, which has restricted access to visitations and internet. As our constituents will say over and over again — a handwritten note can really go a long way. 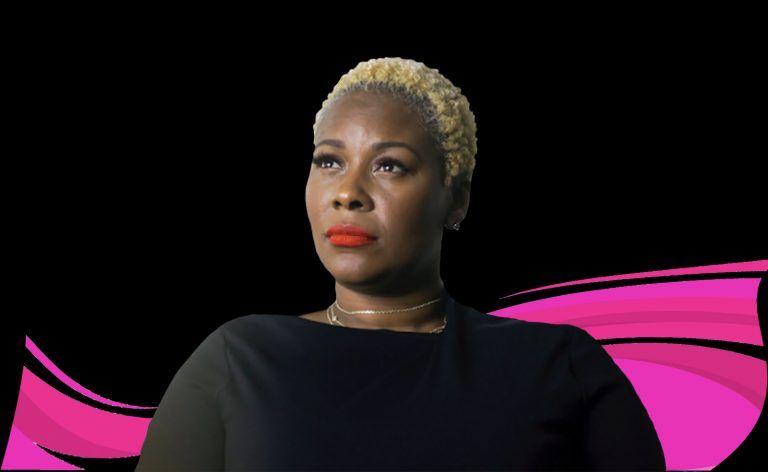 Topeka K. Sam: Healing Incarcerated Women's Trauma in Her Journey from Prison to the Ladies of Hope Ministries

KIKI at the Shangri-La: House of Puff and MAISON BLOOM Honor Cannabis Industry at Hall of Flowers Palm Springs