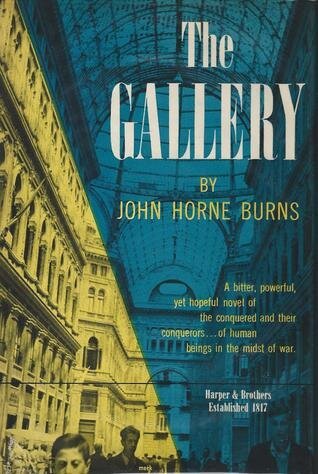 RETRO: The Gallery at 70

In 1947, John Horne Burns (an Andover-born, Harvard-educated, Irish-Catholic ex-G.I.) published The Gallery, a uniquely structured wartime “novel” that’s actually a book of linked short stories and autobiographical ruminations. Unfortunately, after his Pulitzer Prize-nominated debut (he lost to James A. Michener’s Tales of the South Pacific), Burns’ career was derailed by the savage reviews of his subsequent two novels. He died in 1953, at age 36, soaked in alcohol and furiously self-exiled in Italy.

The Gallery was a critical and commercial success in the late 1940s (lauded by Hemingway and John Dos Passos; eventually selling a half-million paperback copies), often cited in subsequent years by fellow “war writers” (Joseph Heller, Norman Mailer, and others) as one of the best novels to emerge from the war.

What is different—to some extent—is that John Horne Burns was gay. In The Gallery, there are certain chapters (or passages within chapters) where Burns managed more than anyone else in American letters (at that time) to write almost openly and without clichéd judgments about gay characters. But his writing was subtle and his craft so savvy that many readers remained clueless about the sexual orientation of some of his dramatis personae.

Quickly: The Gallery is a shimmering, exceedingly relevant chronicle (relevant to long-ago wars, more recent wars, and all the roiling eras of conflict in between) that densely explores an encyclopedic panorama of human beings. It evokes, in a mesmerizing way, the emotional, psychological, sexual, economic, political, and spiritual crises that a wartime atmosphere always exacerbates for men, women, and children of varied backgrounds.

Burns’ unusual format required seventeen alternating chapters. Each chapter is dubbed either a Portrait or a Promenade. Almost every Portrait is named after a single protagonist (except for “Father Donovan and Chaplain Bascom”). Contrarily, in the Promenades, Burns offers first-person memoirs of how his mind, body, and soul were transformed amid evocative, pivotal locales in North Africa and Italy, where he served as a U.S. Army intelligence officer between 1943 and 1945.

The leitmotif giving the book its novel-like cohesion is this: In the Portraits, all the characters are in the vicinity of the Galleria Umberto, an expansive arcade in the heart of Naples. To Burns, the Galleria Umberto was a microcosm of universal human yearning. And grieving. And suffering amid the insanities—and inanities—of a worldwide war.

In the first paragraph of the First Portrait, Burns’ control of his material prevails. The title alone highlights the protagonist’s name and condition, as “The Trenchfoot of Michael Patrick” swiftly pulls the reader into the maelstrom of Naples in August of 1944, ten months after the Allies blasted their way through the city as they pursued the Nazis north. In August 1944, Naples was gruffly occupied by Allied liberators who frequently exuded the swagger of conquerors.  It was a frenzied, hectic milieu:

He limped hurriedly along Via Roma, bumping into the swarms coming the other way. He kept saying scusate because he wanted to make amends for the way the other doughfeet yelled at the Neapolitans and called them paesan.

Furtively AWOL and with both hands shaking due to panic, anxiety, and alcoholic tremors, Michael Patrick is a poster-boy for Post-Traumatic Stress Disorder, eons before such a diagnosis was defined. Like the bulk of Americans who were put in uniform during World War Two, the character of Michael Patrick does not resemble any Hollywood fantasia about forever jaunty, always spiffy, good-time Yanks abroad.

In “The Trenchfoot of Michael Patrick,” Burns captures the agony and the dread in the privacy of the mind of one scared soldier, as he makes a futile, boozy attempt to obliterate consciousness. It doesn’t work. No matter how much he drinks, Michael Patrick remains acutely aware of his imminent return to the war, which in Italy (after Rome’s liberation) had bogged down in the northern realm of Florence.

In the autobiographical Promenades (where many paragraphs begin with “I remember,” a magnetic refrain capturing the reader’s desire to experience all this vicariously), the war at large and even the smallest personal aspects of it are apprehended by Burns as transformative and often soul-wrenching. As one Promenade follows another, Burns’ words speak for voiceless millions:

I remember that my heart finally broke in Naples . . . our orders were that since America was in no position to feed all the Italians, we were not to feed any.  Just dump your waste in the GI cans, men . . . the children of Naples . . . They’d stand about our mess hall quiet or noisy, watching the glutted riches from our mess kits being dumped into the garbage cans. I remember the surprise and terror in their faces. We were forbidden to feed them . . . though I heard that the combat soldiers, gentler and more determined than we, took the law into their own hands and were much kinder to Italian children than we were allowed to be. After a while many of us couldn’t stand it any longer. We’d brush past the guard with our mess kit full of supper and share it with Adalgisa and Sergio and Pasqualino.

Given how Burns smoked and drank, it’s probable that he was destined to die young, no matter what. Even by the toxic standards of America in the 1940s and 1950s, he was extreme. He smoked at least two packs of Lucky Strikes per day, drank heavily every night, and neither exercised nor rested particularly well.

When a biography of Burns appeared (Dreadful: The Short Life and Gay Times of John Horne Burns, by David Margolick, was published by Other Press in 2013), it revealed that in every possible way, Burns lived his life with furious intensity. One example: He demanded of himself a rigorous, manic, frantic daily quota as an author. On the flap copy of his second novel, readers were told that Burns wrote  “3,000 words daily, seven days a week.” That’s 21,000 words per week. On a routine basis.

Such stress, compounded by social isolation, a wounded ego, unfulfilling sexual binges, psychological pressures harking back to a severe Irish-Catholic childhood, economic struggles that never resolved (at his death, Burns’ net worth amounted to $109) and whatever expatriate misadventures he had, set the stage for the cerebral hemorrhage that killed him in 1953. More than a decade later, Gore Vidal admitted: “One tried not to think too much of Burns. He was the best of us all, and he went out in the worst way.”

Indeed, even now, it’s far better to think of John Horne Burns at his best. Like this:

I remember that in Naples of August, 1944, I came again to realities I’d all but forgotten. There are three of them: tears, art, and love . . . between Casablanca and Naples I’d lost all three by watching what was going on around me. So when they came back to me, I felt like one whose heart begins to beat again when he was despaired of.

And I remember that in Naples I relearned that man is more than a physical being. The religions of the world have been saying this for several thousand years. But the world has never settled on a dogma to define the spiritual nature of man. No one ever will, except for himself. That belongs to liberty of choice. It’s at any rate a question that can be settled without murder. All that matters . . . is that millions of people must never again be thrust out of life through no fault of their own.

I remember that Galleria as something in me remembers my mother’s womb. I walked backwards and forwards in it. I must have spent at least nine months of my life there, watching and wondering. For I got lost in the war in Naples in August, 1944. Often from what I saw I lost the power of speech. It seemed to me that everything happening there could be happening to me. A kind of madness, I suppose. But in the twenty-eighth year of my life I learned that I too must die. Until that time the only thing evil that could be done to me would be to hurry me out of the world before my time. Or to thwart my natural capacities. If this truth held for me, it must be valid for everybody else in the world.

This is the reason why I remember the Gallery in Naples, Italy. . . .

(M. J. Moore is HoneySuckle Magazine’s RETRO columnist.  His novel, For Paris ~ with Love & Squalor, will be published by Heliotrope Books on October 17th.) 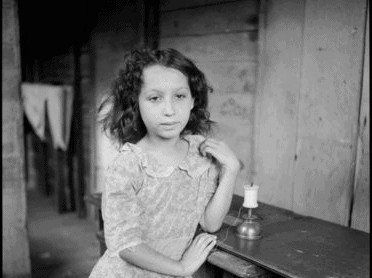 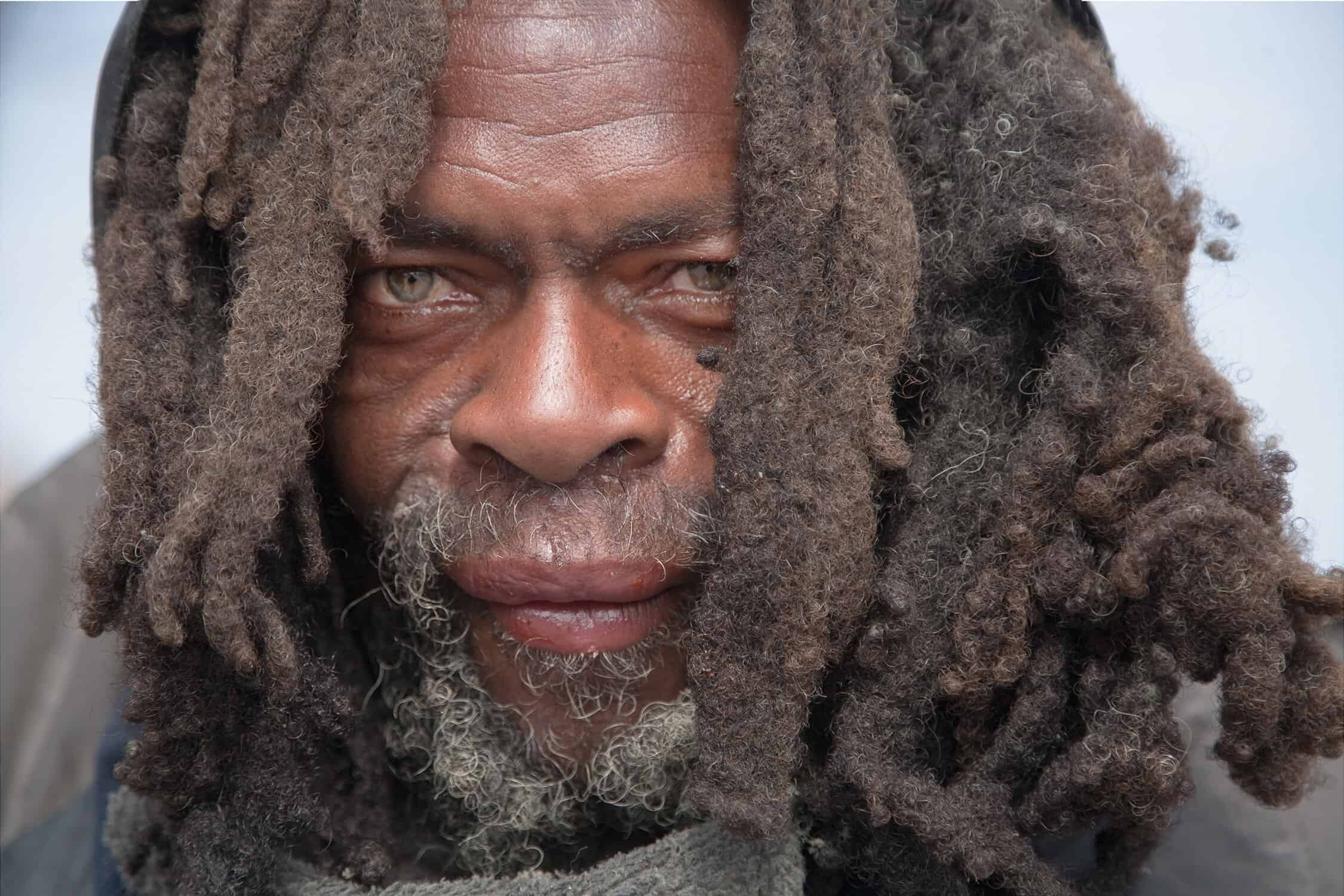