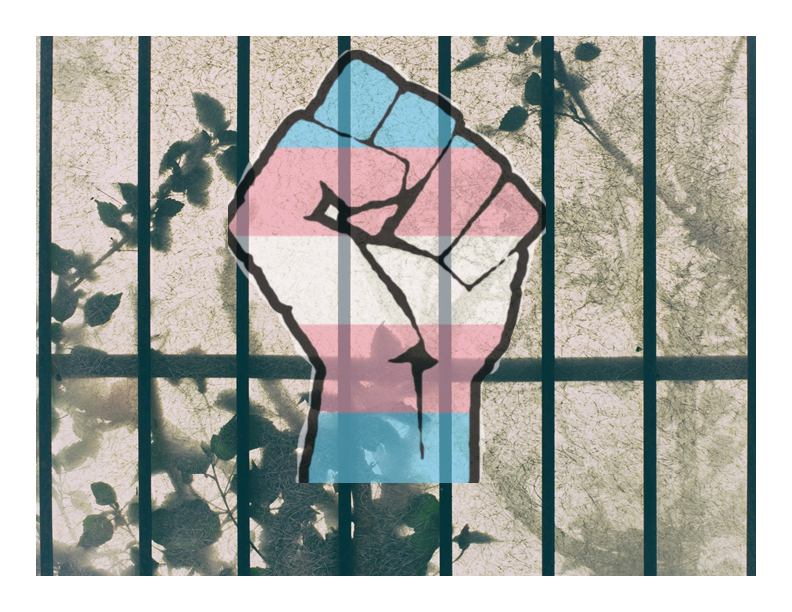 From Incarceration to Activism: Grace Detravarah's Battle Against the System

Self-described “rebel” Grace Detravarah ran away to New York City in 1983 – when she was 19. More than 30 years later, after growing into her trans identity and spending some years behind bars, she’s fighting the good fight and trying to make a difference in people’s lives.

Grace works for the Osborne Association, an organization that provides re-entry services and aims to reduce the amount of trauma inflicted on those who find themselves locked away by our criminal justice system. They do this through persistent advocacy and a host of programs that seek to educate, employ, and otherwise support individuals affected by incarceration. In 2017, Grace helped create the LGBT component of the organization. She says the Osborne Association saved her life. She had a seven-year relationship with them as a participant and eventually started working there as a peer educator. Grace has since spoken at the Trans Visibility March and the National Transgender Health Summit, both in 2019. But this isn’t where Detravarah’s story starts.

She grew up in Detroit, in a Black household that held tightly to their family values. “The LGBT community was not something that was looked upon very favorably. It was a sickness, you needed to be hospitalized, or you needed conversion, or you needed Jesus. I knew that I was not going to do my adult years in Detroit. I just knew this.” Grace tried to run away many times as a kid, but usually when the sun started to set she’d get scared and head to the nearest police station, where her parents would pick her up. By age 19, however, she stopped getting scared.

After saving up money from her job delivering newspapers, Grace eventually bought a Greyhound ticket from Detroit to New York for $17.85. “I was very naive,” Detravarah says. When she arrived, she stood doe-eyed at Port Authority, not knowing it was a “hustler spot”. Despite being so young, naive, and unapologetic about her identity, Grace’s experience in the city wasn’t what you’d expect. She was taken in by trans women – sex workers and drug dealers – and they protected her. She says they liked her because she didn’t have any bad habits. Grace wasn’t a drug user, wasn’t an alcoholic. Detravarah describes her teenage self as “green”, meaning inexperienced.

“The Deuce” became her home. From 34th Street on to 50th. She describes her community as a family. “Nobody took advantage of me, it’s like they saw a green person, and I became a project to everybody. To this day I can tell you certain crevices of that area that you would be shocked to know exist, but that was my family.” Because of the way she was protected, Grace never learned much about drugs or sex work – which hurt her later on in life when she’d have to hustle to survive.

In those early years, Detravarah began her relationship with dancer and Harlem legend Larocque Bey. She moved in with him, becoming his “houseboy and lover”. Larocque took care of her and made sure she had everything she needed. After he died, things got harder for Grace.

It was in 1985, after two years in the city, that Detravarah was first incarcerated. “It’s a very humorous story when you hear it, but when I went to jail it wasn’t.” She’d been hanging out at the Christopher Street Pier when she noticed a handsome man. The two of them hit it off, and because he had a car, he suggested they drive back to his apartment. On the way, he stopped at a corner store but left the keys in the ignition. In a split second, Grace decided to hop in the driver’s seat and steal the car. She drove all the way back toward the Village and picked up a friend. “We gotta sell this car! We gotta sell this car!” Her friend insisted. Then he got behind the wheel and drove them toward the Bronx. As they crossed the bridge from Manhattan, they noticed a toll up ahead. Neither of them had any money, and they were forced to turn around. When they did, the cops were waiting for them.

Because Grace wasn’t in the driver’s seat, she only went to an arraignment and central booking. But it was still scary. “I looked like I was 15, and I remember being in central booking and all these so-called straight men were trying to get handcuffed next to me because I looked so young and vulnerable and dumb as hell.” She was released after her court appearance.

As she got older, Grace began to rely on criminality as a means of survival. She became part of a ring of petty thieves who’d steal credit cards and wallets in Times Square. By the time she was 40, she’d begun experimenting with sex work. As her criminality evolved, so too did her experiences with the criminal justice system. In 1989 she was taken to the Big House – state prison. Grace learned a few things up in Ulster County. She learned about humiliation, rape culture, and how strong you have to be to survive incarceration. “If you spend 10 minutes, 10 months, 10 years or more in the criminal justice system, it will affect you for the rest of your life in some form. How you’re treated, how you’re mobilized like animals, how you’re collected together as animals, how you’re looked at as a number.”

The Prison Rape Elimination Act (PREA) became federal law in 2003. The act calls for serious consequences for a clearly defined list of nonconsensual acts between those incarcerated as well as among prison staff. PREA was a good faith effort, however, Detravarah spoke at length about the evolution of rape culture in prisons post-PREA. “In the past, you didn’t know [your rapist], they didn’t have a conversation with you. If you were an effeminate man, or an attractive man, or a soft-featured man, you were eligible for rape. That was the culture then.” Today, you know your rapist. They’re your friend, a member of your community. The rapes take place within groups – whether that be the gang culture, the religious culture (Muslims, Christians, Five-percenters, etc.), or whatever other groups may exist. They’ll make sure you’re protected from being attacked by those in other groups, but they might still attack you themselves. And that way, you don’t speak up. Because you still need that community to protect you.

Protection is a layered concept when it comes to prison. “When you’re in a prison system, your everything is tested. Everything becomes a judgement, like am I man enough to survive this? You have to develop a persona.” This, too, is a form of protection. Many distance themselves from their reality and invent a tough-as-nails personality just to get through the day. Detravarah also found another kind of protection. “I went and got the biggest, baddest, ugliest…someone that was going to make sure that my shadow was protected. And I didn’t do it because I wanted a relationship. You don’t want to go through a system seeing what happens to others happen to you. That’s how I survived every time I went to prison.” Despite all of these defense mechanisms, sometimes protection simply fails.

Grace only faced one episode of violence in her many years in prison. Auburn Correctional Facility, where she was incarcerated at the time, created a transgender, gender noncomforming, and intersex (TGNCI) housing area in the general population. Prior to that, those identifying as TGNCI were either placed in protective custody or in mental hospitals, because they didn’t always survive in the general population. Auburn Correctional Facility did not follow their own policy, and decided to place a non-TGNCI gang member in that tier while he was waiting to be transferred out of Auburn. Detravarah was in cell 20 and he was in cell 19. When she left her cell to get meals, she would have to pass by him. One morning, as Grace walked back from breakfast, the man was boiling water and baby oil on a hotpot. When she passed by his cell, he threw it at her, scorching her back, shoulder, and chest. Though slightly faded, she still lives with the scar today. She was able to sue New York State, and won $1,500.

In the face of violence and dehumanization, Detravarah refused to resign herself to the status quo. She was known in the New York State system for being one of the first out LGBT people to clerk in a Prison Law Library. Grace also became an inmate liaison while incarcerated, working as a mediator between her incarcerated peers and the prison administration. She was loud and made herself heard. Her path to activism started there. She became an advocate, and joined the Sylvia Rivera Law Project’s Prisoner Advisory Committee while still behind bars, a group that fights for TGNCI rights in jails and prisons. Currently, she is a member of the TGNCI Task Force, a group convened by New York State’s Board of Correction, the independent body that provides oversight over the state’s jail system. The Task Force advocates for specific legislation regarding those identifying as TGNCI in New York State’s system. It was created after Layleen Polanco, a transgender woman, was allowed to die in solitary confinement on Rikers Island in June of 2019. She suffered a seizure, and died alone in her confinement, despite repeatedly telling officials that she suffered from epilepsy.

The voices of trans women are rarely heard, especially in activist circles. As the Black Lives Matter Movement began to capture international attention, it became painfully obvious that not all black lives were being centered. Detravarah is outspoken about the role of Black trans women in the Movement. “So many people who were involved with Black Lives Matter were those who wouldn’t ordinarily be seen sharing an agenda with LGBT communities. Meaning the historically Black colleges, Black fraternities, and the religious sector. They’ve always supported Black Lives Matter in some form from the beginning. So we have become very bitter in the trans community, and when I say trans community I mean just that.” It took grassroots organizing on behalf of people like Ceyenne Doroshow, an activist and founder of Gays and Lesbians Living in a Transgender Society (GLITS) to organize the Black Trans Rally that mobilized more than 15,000 people in Brooklyn this June. “[Black trans women] became nationally relevant because of the numbers. Now, there’s not a Black Lives Matter function that does not have a trans speaker. But let us be clear and very sure of how we got there. We weren’t invited, we weren’t acknowledged. But that’s okay, in my opinion. Because it’s not where you came from, it’s where you’re at.”

It takes knowing where you came from to know where you’re at. It took Grace Detravarah running away to New York and stealing credit cards and cars and getting locked up to become the vocal activist and fighter that she is today. Just as it took centuries of police violence, lying politicians, and bad policy for the Black Lives Matter Movement to become what it is today. “We’re living in a time now that, to save you, you gotta save me. [I remember] the words of my friend and our national hero, Gil Scott-Heron. He said, ‘The revolution will not be televised.’ But oh yes it will. And may he rest in peace knowing that it won’t be marginalized in the hood now. Everyone has [heard] the cry.” 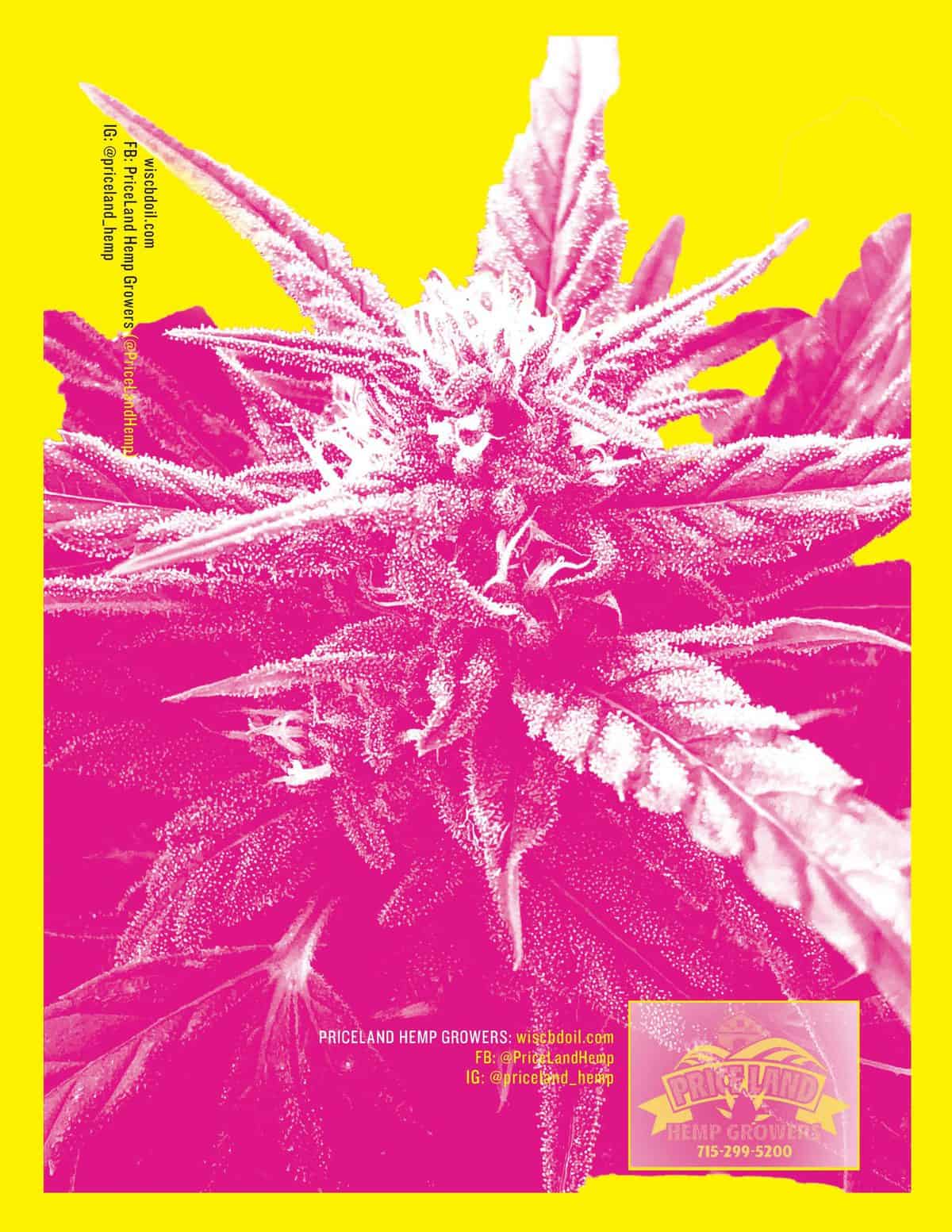 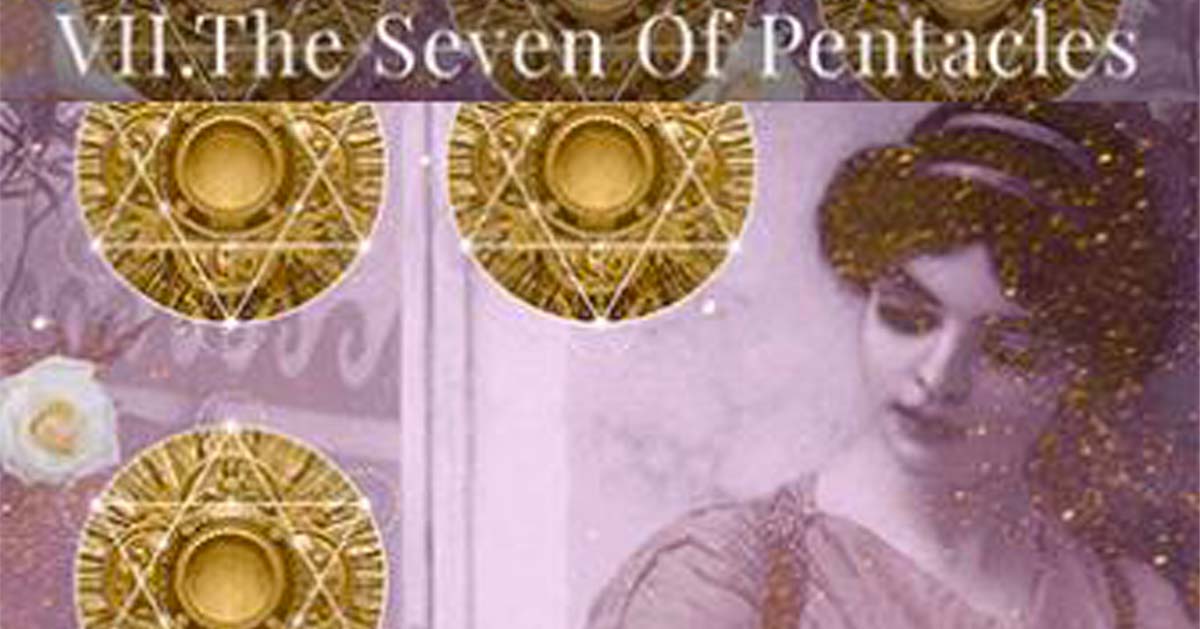