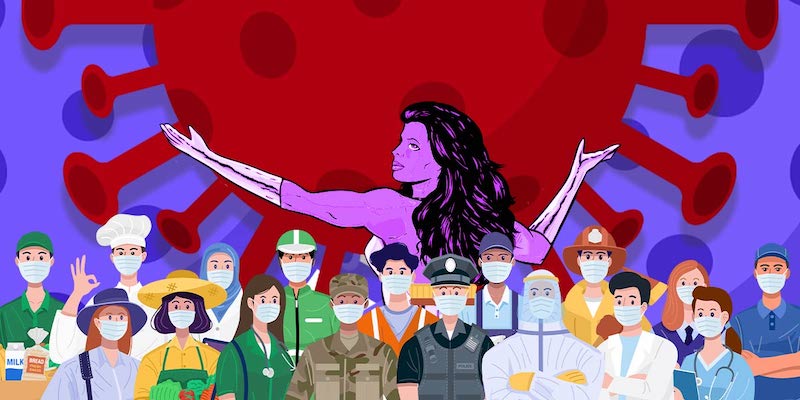 Essential Workers are Bearing the Brunt of the COVID-19 Pandemic

What was life like before Covid-19? I’m starting to forget. When I watch movies shot before the outbreak, I mentally scold characters for entering crowded rooms without masks. It is a reflex: if I leave the house, I wear a mask. It seems simple, really, to always have my mask, to keep a safe distance from strangers, but we are eight months into this global pandemic and it is still unclear when it will be over. We are starting to see positive signs like the U.K’s decision to authorize a vaccine, an important step towards a post-Covid world.

However, this decision is not universal, so up until that point where a vaccine is accessible to the public, we are told to continue taking measures to keep our communities safe like social distancing and to avoid traveling outside of your pod. Some are fortunate and have the ability to work from home.  Others, especially frontlines and essential workers, don’t have the same that luxury.

Essential Workers Most at Risk of Contracting Virus

While the bankers went home in March, it was the grocery store cashiers, the late-shift nurses, the janitors, and the millions of others who were considered essential. It is on the backs of these workers that the United States –and the rest of the world– have been able to soldier on during a virus that has claimed the lives of 1.4 million people (and counting). At every opportunity available, our leaders have proved to be incompetent, opportunistic, and negligent to a degree unseen in modern American history. For all the affluence of this nation and the wealth of wall street, simple measures to curtail the spread of the virus have not been enacted, particularly for essential workers.

Essential workers are consistently proven to be the ones most at risk of contracting the virus yet fail to receive any serious assistance. In the general population, an average of 240 people are going to die out of every 100,000 people. In that same vein, 2700 essential workers are going to die out over every 100,000. Workers of color in particular face higher casualty rates than their white counterparts. Improper PPE, difficulty with enforcing social distancing rules in the workplace, and anti-maskers are among the countless risks that essential workers face on a daily basis.

Lack of Accessible and Free Covid Testing for Essential Workers

In the absence of free, safe, and accessible testing provided by the government, the onus has fallen upon employers and insurance companies to provide these amenities. For essential workers, many employers have not taken the initiative to provide regular tracing and testing, and while some may not have the resources to do so, for others, it is part and parcel of an attitude that treats essential workers as expendable.

For essential workers, finding accessible Covid testing is very  difficult. . Most states in America have faced massive shortages of testing as the country’s medical infrastructure has proven to be incredibly weak. When New York was a breeding ground for the virus, Governor Cuomo and other officials were able to step in, but in other states without this kind of support, many hospitals have only been able to hand out tests based on symptoms.

Donald Trump has played a major role in slowing down the amount of testing available in the country. The result of this poor planning has directly impacted frontline workers as there is so little testing for them to gauge their own safety. This has allowed the virus to spread to the works and anyone else they might have met, slowing down our ability to fight the virus.

Another contributing factor with deadly consequences for frontline workers is the lack of economic security in the face of a global pandemic. Even before the pandemic, workers in these fields were often minimum-wage and disrespected. During the pandemic, little has changed in the way of pay. As rent and other bills continue to pile up, essential workers have seen their minor pay increases dry up with no talk of further pay increases on the horizon. With a virus that is more likely to kill the poor, economic assistance is a lifesaving imperative that cannot be kicked to the wayside.

Economic Insecurity and the Pandemic

In June, the CDC noted that there is a serious link between economic insecurity and a person’s health, a link amplified by the pandemic. In addition to having some of the worst unemployment safety nets in the developed world, America has some of the worst protections for workers out of any of the developed countries, with fewer sick days and lower wages. Unemployment causes a notable increase in the likelihood of committing suicide for workers with effects that can last for years, something of major relevance during the recession we find ourselves stuck in.

Americans are counting on our political leaders to help us during these troubling times, but their response has been inadequate . While the government gave unemployment benefits and a $1200 check at the onset of the pandemic, it has now been months since millions of Americans have been able to receive any serious financial assistance. That is not to say that no one has received assistance, trillions have already been given to the country’s biggest corporations (you’re welcome, Harvard), but the amount of assistance going to normal people dried up in July. Democrats in the House have been trying to pass a bill worth 900 billion dollars, less than half of the 2.2 trillion dollars they were fighting for in September, but this has gone nowhere. Similar to the issue of testing, our political elites will bicker endlessly while the rest of us sink into poverty and death.

When compared to other countries, the American response to the virus has been nothing less than abysmal. Just a little over a month ago when Europe started seeing an upswing in the number of viruses, countries like France went into total lockdown, in stark contrast to the state-based approach seen under the Trump administration. To combat economic woes, nations like Switzerland have introduced a 25-dollar minimum wage compared to the $7.25 still seen in America for over 10 years. South Korea has largely been able to return to work because of their ability to tackle  the virus. Internationally, our approach to worker safety is a joke, and it’s not a funny one.

Our frontline workers are getting sick while the rest of us find our futures slipping away. A lack of testing, improper PPE, and economic insecurity will all contribute to the death toll that continues to rise. There is more we have to do to help the workers who face this virus head on, our nurses working the graveyard shift, the cashier who checked your groceries on crowded Saturday, these are the people who are keeping us alive during this crisis. It is only fair that we do the same for them. 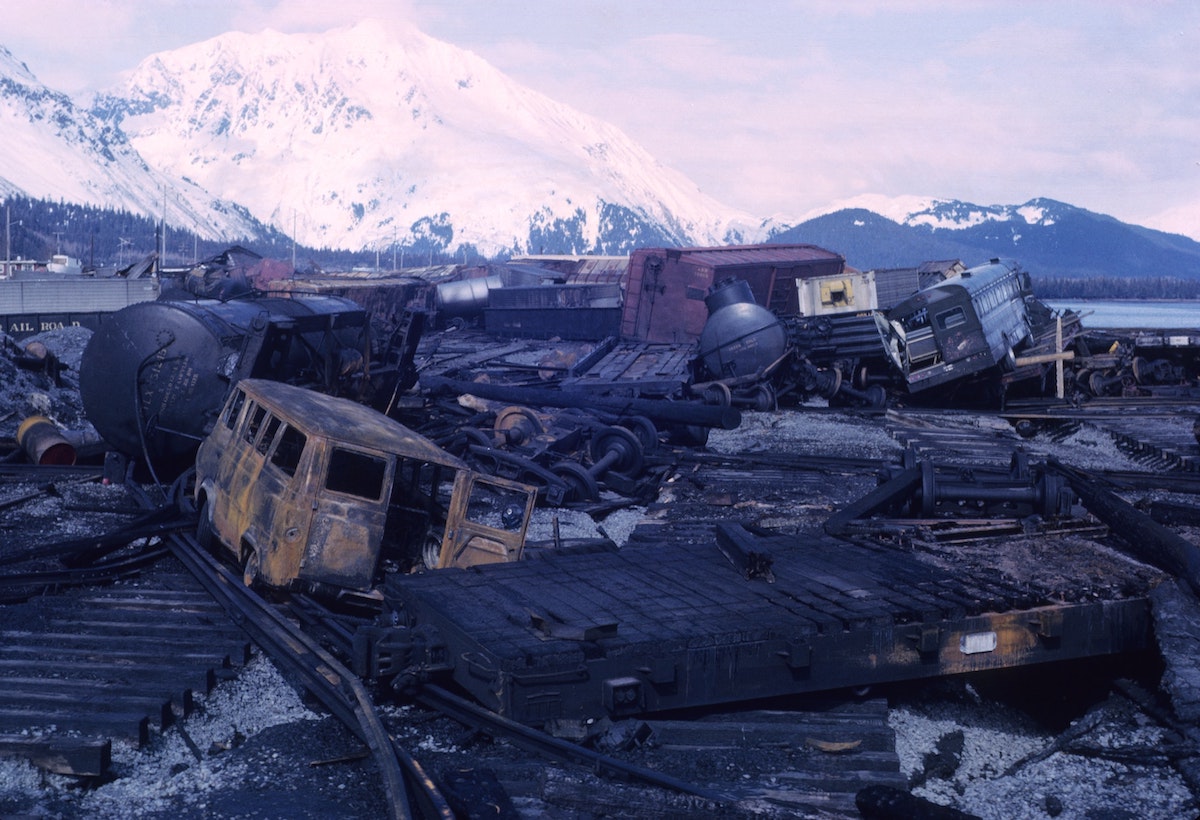 On Trump Administration's Push to Drill in Arctic Refuge

Cannabis, Veganism and Activism: An Interview With Jessica Golich