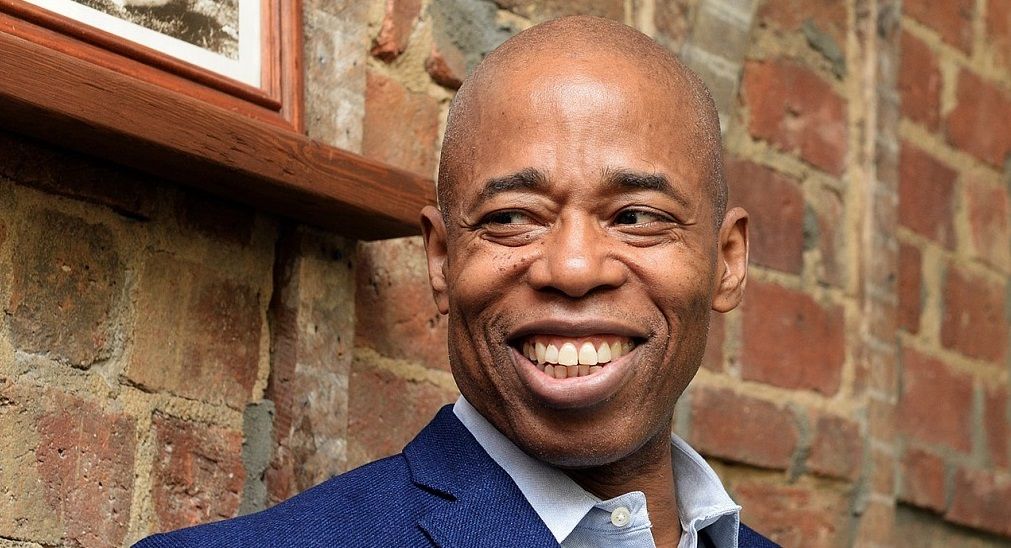 a year ago by Sebastian Diaz • 5 min read

Democratic Mayoral candidate Eric Adams has branded himself "The People's Candidate" and claimed support for sweeping police reforms. But would any of his plans really change the NYPD's racially-biased practices? Welcome, folks, to an idea of the Adams administration.

Both polling and historical patterns of which side of the political aisle New Yorkers tend to vote toward make it clear that Eric Adams, current Brooklyn Borough President, is highly likely to win the election and become New York City’s next mayor.

Throughout the election, Adams has been hailed in the press and media as a political champion for the people of New York City, a title he has embraced as part of his campaign by branding himself as “The People’s Candidate.”

Should Adams win the title, what would an Adams-mayoralty look like for the people of New York? More specifically, an Adams administration looming over New York City may provide more troubles and harsher control over the people than what can be seen currently, especially for Black and Hispanic New Yorkers.

How Does Technology Impact Public Safety?

On September 1, Adams shared his thoughts about the current state of the city’s justice system via a news conference in Brooklyn. During the meeting, Adams expressed his belief that crime in the city, coming from various sources, is at a heightened state due to inefficiencies in the city’s courts and general public safety infrastructure.

According to Adams, New York City courts are not being technologically prepped for a future maintaining steady high crime rates. One of the ideas he expressed at the meeting was to expand the courts beyond physical buildings and through digital networks.

“Why aren’t we having a greater number of men and women who are allowed to have teleconferences? Everyone is using Zoom; why haven’t the courts caught up with this?” Adams questioned what he interpreted to be antiquated techniques for clearing criminal charges.

“There is no reason for people to have to wait inside the courtroom… The days of being in a building, those days are over,” remarked Adams. His positions of expanding the criminal justice system beyond their current physical parameters extend beyond just the courts.

Adams based his plans for boosting public safety on the idea of boosting the budget, resources and general presence of the New York City Police Department. This is far from the cries to "Defund" and "Abolish" the NYPD that have been echoing through the city streets since as early as the summer of 2020.

According to the outline of Adams' “Safety” vision, his approach to police reform is formulated around the concept of intensive integration between police precincts and New York City communities, leading to heavier policing within communities that are considered the most at-risk.

This version of “reform” leads to various obvious questions. What does Adams plan to do about the problems of police brutality that disproportionately affect minorities? Will the NYPD be restructured to no longer feed into systematic white supremacy?

Adams’ answer to these questions is simple: hire more diverse police officers. He believes that the root of the NYPD’s problems with racial bias and brutality stem from lack of diversity within the police force. He intends to address this by recruiting increased numbers of Black and Brown police officers and appointing New York City’s first female police commissioner.

“The fastest way to true reform is to add as much diversity to the NYPD as fast as we can while building trust through transparency,” he states on his campaign webpage.

According to the Civilian Complaint Review Board of New York City, the current ethnic makeup of the NYPD just barely favors white police. The current percentage of white officers totals to 51% of all NYPD officers, with Hispanic officers at 27%, Black officers at 15% and Asian officers at 7%. Would diluting the white population of the NYPD make the city safer for New York City’s citizens of color?

Adams’ plans to diversify the NYPD would empirically do very little in helping reduce incidences of police aggression towards the city’s residents. Diversifying the NYPD would do nothing to reorganize its inherently oppressive relationship with the communities it claims to serve. While the process may tone down the mechanics of white supremacy, it still only adds a fresh coat of paint over classist oppression.

Another piece of Adams’ ideas to increase NYPD transparency through diversity is to physically expand police presence inside diverse communities by boosting police infrastructure.

“To make precinct houses more accessible to the communities they serve, we will revamp them to be more welcoming; improve them with public high-speed internet and wi-fi access,” reads Adams’ statement on his campaign website.

If crime in the city is a disease, Adams’ plans to strengthen police presence in crime-ridden communities is less effective than medication and a band-aid. Why invest in police settlements when the same money could be used to tackle the real causes and roots of crime within that community? The oppression will only become stronger, disenfranchising citizens from their own neighborhoods.

Again, Adams’ website claims that his experience in the NYPD will help him best restructure the force to meet standards of equality across the city. While Adams does have extensive experience within the NYPD, it is doubtful if his ideas of reform will produce the meaningful change that many social justice-oriented New Yorkers are looking for.

“I called out racism in the NYPD as an officer and helped push through reforms, including the successful effort to stop the unlawful use of Stop-and-Frisk,” reads the webpage.

The website’s mention of Stop-and-Frisk is notable because, as it turns out, Stop-and-Frisk techniques - the NYPD's practices of temporarily detaining, questioning and searching civilians on the street - are still in usage today. These techniques continue to disproportionately target Black and Hispanic New Yorkers. According to the Crime and Enforcement Activity in New York City report from 2020, 50.6% of people stopped and searched were Black and 30.4% were Hispanic. Only 9.1% of those stopped and searched were white. Almost half of all New Yorkers, according to the city’s racial demographics, are white (42.7%), yet contribute less than a tenth of all Stop-and-Frisk victims. Black New Yorkers, little less than a quarter of the city’s whole population (24.3%), are nearly half of reported Stop-and-Frisk incidents.

While Adams promotes the claim that he singlehandedly put an end to Stop-and-Frisk, the technique is still widely employed by the NYPD today and continues to show strong racial biases and profiling from within the police department.

Eric Adams has no interest in restructuring or organizing the hierarchical structure of the New York City Police Department. The entirety of his public safety platform relies on “reforming” the police department by adding new measures, repainting the demographics of the police force, and creating a stronger connection between the police department and smaller communities within the city. However, with no plans to remove the oppressive structures of the NYPD, building an intensive police presence throughout the entire city will only turn communities against themselves and strengthen the iron grip of the police. In essence, Adams’ pro-police platform does nothing but expand on already existing police policies. 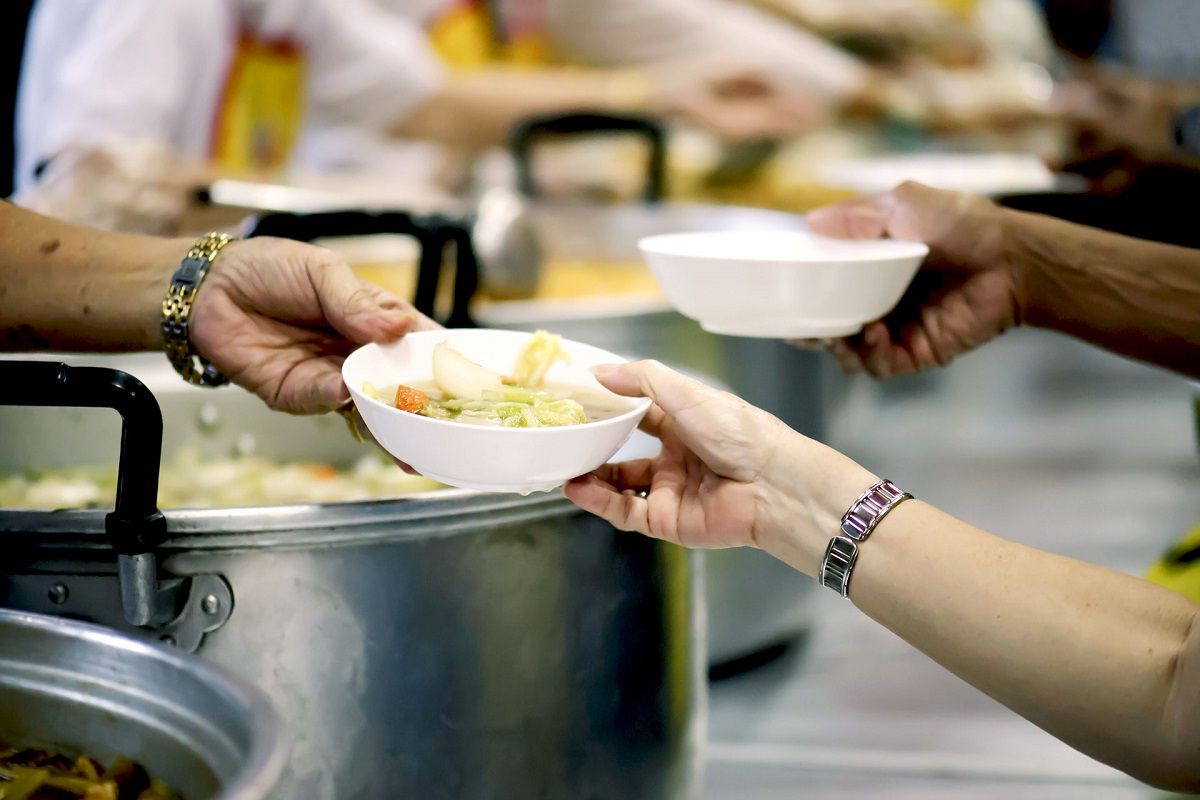 Celebrity and Visionary Photographer and Artist: Robert Hayman is a Multi-Hyphenate!