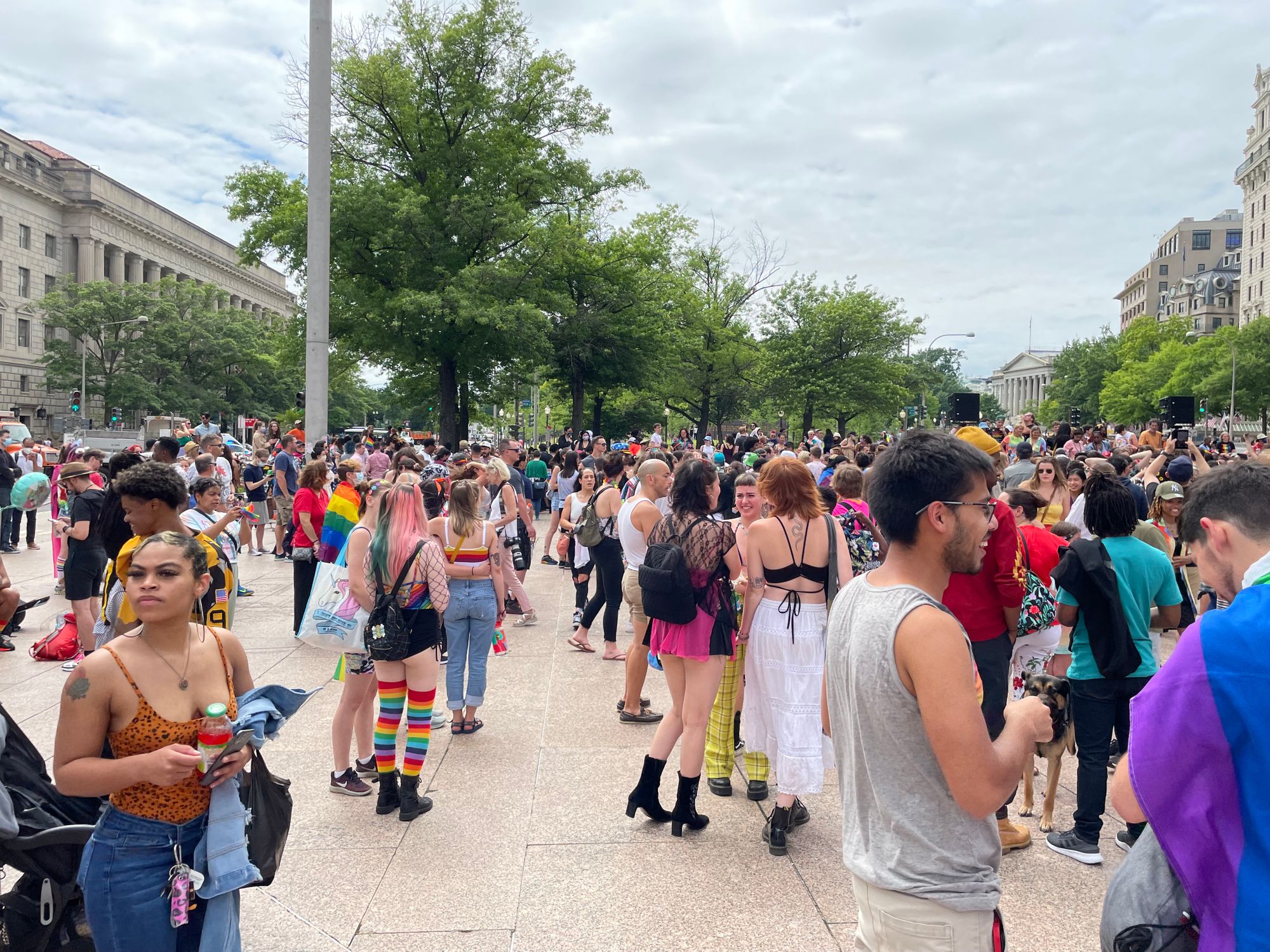 a year ago by Max Tiefer • 3 min read

Washington, DC's annual Pride Month festival returned in a quiet but powerful state this year, hearkening back to its long legacy within the city's LGBTQ community.

Capital Pride, Washington, DC's annual Pride Month festival, is a long-running American tradition with a lot of history behind it. First celebrated nearly half a century ago in 1975, it began as “Gay Pride Day,” a 24-hour block party organized by Deacon Maccubbin, owner of the local LGBT bookstore Lambda Rising. Though at first the event only attracted a few thousand attendees, several DC City Council members also made appearances at the festival, attesting to the growing power of the LGBT community. Within a decade Gay Pride Day was drawing over 10,000 people each year.

In the 1980s, Gay Pride Day began to metamorphose into the event it is today. A new group of organizers from the nonprofit P Street Festival Committee took over, changed the venue, renamed the gathering to Gay and Lesbian Pride Day, and added the parade component as one of their traditions. Though the attendance and prestige of the event fluctuated over the subsequent two decades, by the late 1990s Gay Pride Day had emerged as a national phenomenon.

After 1996, it began attracting over 100,000 attendees each year, and in 1997 the event was renamed to Capital Pride. Responsibility for the festival shifted to the DC arts organization One in Ten and eventually to Whitman-Walker Clinic. It was during this time that Capital Pride also began to receive increasing amounts of corporate sponsorships, demonstrating that the gay community had crossed the final threshold of mainstream acceptance and received the blessings of capitalism.

In the 2000s, despite financial difficulties, the prominence of Capital Pride continued to grow, with the venue changing to a location with a view of the Capitol building. By 2006, more than 200,000 people were attending each year, a number which climbed to over 250,000 people in 2010. The planners also began making more of an effort to include the Latino and transgender communities, while also taking advantage of the increasing normalization of LGBT relationships in society to incorporate traditional elements from other DC festivals: the 2013 parade contained a delegation from the Washington National Cathedral, while in 2014 the event featured its first-ever US military color guard.

Due to the pandemic, Capital Pride did not convene at all in 2020, and in 2021 organizers were still cautious. As such, this year’s event, stewarded by the Capital Pride Alliance, was much more tranquil than in the past, with only a few thousand people in attendance. The proceedings began with a march from Dupont Circle to Freedom Plaza, a popular spot for protests which was built in the 1980s and quickly renamed in honor of Martin Luther King Jr. At the plaza, a series of speakers addressed the attendees, including DC Mayor Muriel Bowser, who gave a speech calling for unity. The rally then turned into an impromptu dance party: organizers blasted Shakira through the speaker system as participants danced zestfully.

Meanwhile, a fleet of vibrantly decorated vehicles embarked from the plaza on a journey through DC. This was the Colorful Pridemobile Parade, a relatively recent innovation to Capital Pride that could proceed despite the pandemic since it did not include pedestrians. The multicolor armada of allies made its way along a three-hour-long route as the in-person rally began to subside. Though other events took place over the weekend, including a virtual meetup, this was undoubtedly the peak of the festival, proving that Capital Pride is still alive and well during quarantine.

For more about Capital Pride and year-round LGBTQ+ events in Washington, DC, visit capitalpridealliance.org or follow on Instagram at @capitalpridedc. 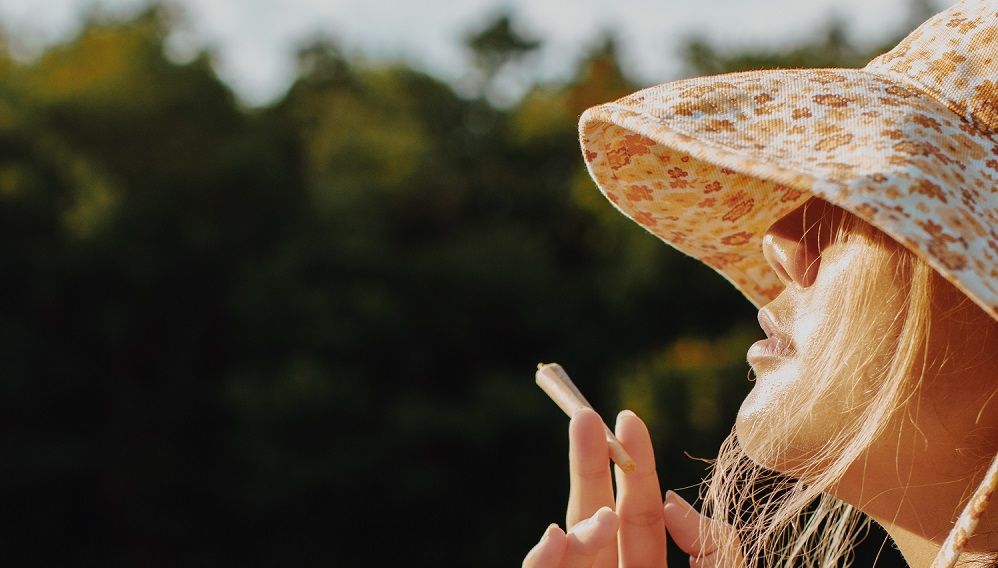 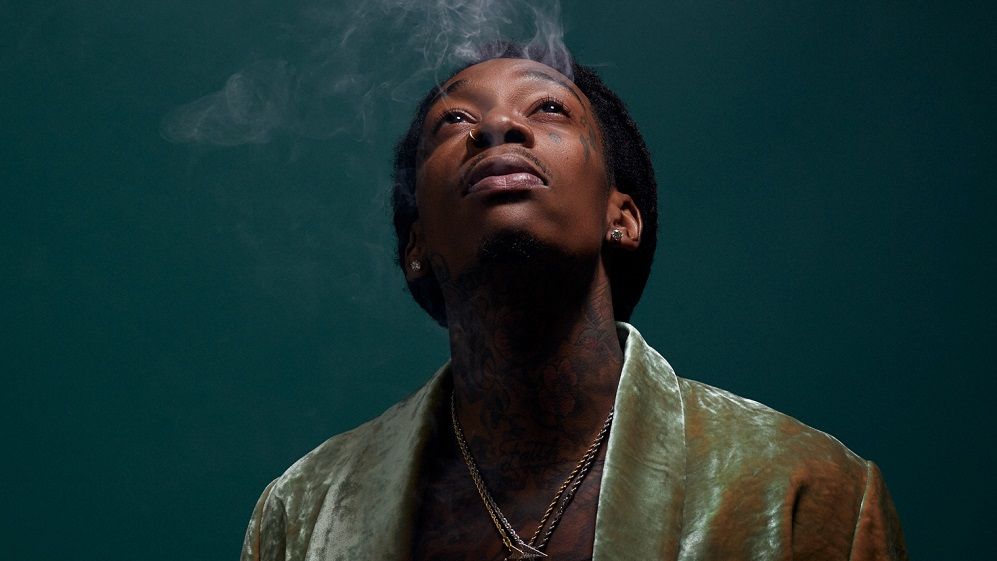