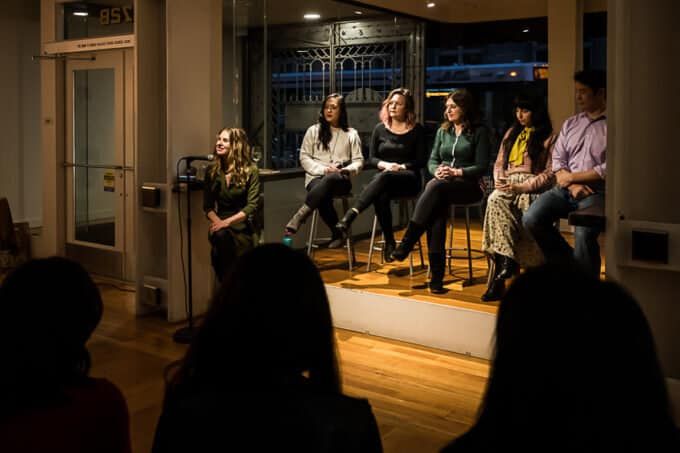 Crop-to-Kitchen sees cannabis as the new frontier in contemporary cuisine.

By: Ellijah Pickering, Ministry of Hemp

Started in 2018, Crop to Kitchen is a movement based solely on the normalization of cannabis cuisine. Holding various social events like informationals, panels, food and wine mixers, and more, they are spreading the love for cannabis-focused cuisine in the culinary experience industry.

The Founders Of The Crop-To-Kitchen Movement

Created just last year, Crop to Kitchen was founded by Kimberly Belle and Terrance Alan. Belle, who’s been working in the culinary business for over a decade, has worked as a food-writer, co-founder, and executive chef of her own bespoke catering company, and director of food and beverage before finally ending at Salt & Roe, a hospitality consulting firm. Truly passionate in providing the best experience for her customers, Kimberly believes that cannabis is the new frontier in contemporary cuisine and wants to help procure that exploration. With her loads of experience in the hospitality and culinary businesses, she forms just one-half of C2K’s kick-ass management team.

That other-half is Terrance Alan, who is a sort of living legend in cannabis advocacy in the Golden State. With more than two decades worth of experience in California, Alan holds many leadership positions in advocacy groups for safe cannabis usage in medical and recreational capacities. In the 90s, Alan headed the San Francisco Marijuana-Legalization task force and helped fight against the arbitrary enforcement of rules regarding cannabis use. A real hero in the bay area, he was, and still is, at the forefront of cannabis advocacy. Alan also owns Flore, a cannabis-focused restaurant that has always been all about canna-cuisine. Before the recreational legalization of cannabis in California, Flore was serving various CBD-infused cocktails, mocktails and even CBD beer.

What Cannabis Cuisine Is All About

So, we’ve talked about their awesome founders, but what is Crop to Kitchen all about?

In our interview with Ms. Belle, she explained their core focus is “essentially a non-profit working towards legalizing cannabis cuisine in California.”

To reach this goal, C2K approaches it in two ways. They do this by holding social events, such as mixers, panel discussions, and other pop-up style experiences, that combine the deliciousness of canna-cuisine while advocating for its use in the common dining experience. This is quite the fun side of their mission, as they get to connect people with all the different characters and heroes of the fast-growing cannabis cuisine culture in the bay area.

The other way, which is much harder, is the legislative side of cannabis cuisine. The entire reason Crop to Kitchen exists is due to the foggy regulations (or lack of) that surround the use of cannabis in cuisine.

Currently in California, cannabis cuisine is not permitted to be served in any capacity at restaurants due to its “unregulated and uncontrolled” nature. This simply means that there are no existing policies or guidelines that regulate cannabis use in cuisine; essentially, having no tangible legal limits that can be included in canna-cuisine harms the prevention of overdosing and leads to quality control issues.

Think of it like the 0.08% legal alcohol limit that exists in California and many other states; with this rule set, local governments can have a baseline to build other regulations that make dining services safe and enjoyable. To help combat the lack of regulations and to (hopefully) speed up the process to get them enacted, C2K has a policy drafting committee that writes out possible regulatory code that could be used in future legislation. They want policymakers to view cannabis as a hazardous food, such as shellfish or alcohol being served in a restaurant, and then build regulations where the business can handle and implement the food in a safe and delicious way. C2K hopes to achieve these goals within the next ten years, with a vision to perhaps move up to federal legislation.

A perfect example of what Crop to Kitchen’s movement is trying to solve can be found on FoodableTV.com, where they outline the overwhelming demand and popularity for cannabis cuisine; however, the same chefs & restaurants who want to produce these foods have to continuously jump through many legal hoops.

With a lot of community leaders in the Bay Area and Los Angeles hopping on to support the Crop to Kitchen community, they are a rapidly growing community.

One recent social event, an education-focused panel in Oakland, California, featured some of canna-cuisine’s modern-day heroes, like Stephanie Hua, Stephany Gocobachi, Maya Elisabeth, Peichen Chang and Coreen Carroll, who are all responsible for purveying cannabis cuisine in California in different kinds of capacities.

This panel not only exposed everyone to the people behind making cannabis delicious but helped them understand how safe and delicious implementing cannabis into food can be. Their future events are a Tea-Party style mixer, a sit-down wine country dinner with later plans for a Wine + Weed symposium.

You can stay up to date with all of C2K’s events on their Facebook page.

The Ministry of Hemp is America’s leading hemp advocate. We review the latest products, share the newest scientific findings about hemp & CBD, and keep you updated on the efforts to fully legalize hemp & cannabis. Ellijah Pickering is a freelance writer based out of Michigan. He loves to write about music, sports, the cannabis industry, movies & television. 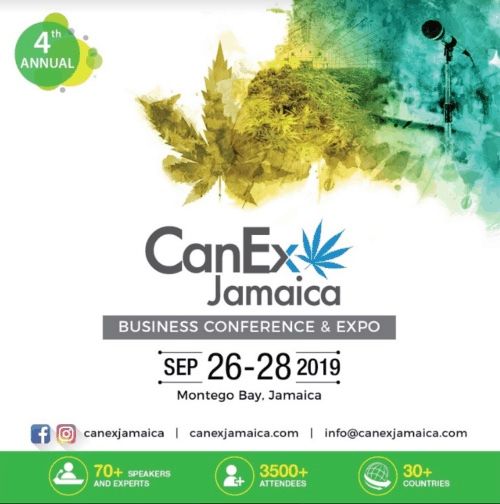