On this day, Vaughn Jefferson, AKA The Cure Rater, unveils an original mural honoring the late Dr. Frank Mickens, a Bedford-Stuyvesant community icon, to a large crowd outside the Ideal Food Basket grocery store at the corner of Lafayette Avenue and Marcus Garvey Boulevard in Brooklyn. Dr. Mickens, or “Mick”, as the community lovingly refers to him, was the principal of the local Boys and Girls High School from the late 80s to well into the early 2000s. Many members in the ever-growing crowd, as well as many locals throughout Bedford-Stuyvesant, went to, or still attend, Boys and Girls. This day marks the tenth year anniversary since the passing of Dr. Mickens.

The Dr. Mickens mural, as well as four other murals located throughout the neighborhood, are part of Vaugn’s I AM initiative, which initially began in March of 2017 as a community workshop for “transformation and progress”, and has since evolved into an ever-expanding desire to “curate” within his home community.

Regarding Dr. Mickens’ impact on this community, Jefferson expresses, “Mick influenced our minds, talents, entrepreneurial spirit, and philosophies on life, unwaveringly… We made him a focal point because he not only deserves it, [but] when I look at my peers, and in the mirror, he earned it”.

As Jefferson explains to the audience, the word “curator”, derives from the Latin “cura”, which roughly translates as “to take care of”, and “rata”, which is “to appraise”, hence the self-proclaimed moniker, The Cure Rater. Thus, the job of a curator is to preserve and interpret cultural artifacts. Vaughn has taken it upon himself, as a native son of Bedford-Stuyvesant, to ensure the heritage and culture of the neighborhood remains alive and thriving.

The goal of I Am, Jefferson indicates, is to preserve “Bed-Stuy culture” through expressing “the trauma the people of my culture and community have been going through [and] strive to rise above”, and as well, to “[beautify] the neighborhood, while educating and influencing all who now populate these Brooklyn streets”.

The five murals that exist today were developed and largely financed by Jefferson and Lawton. Monica Seymour, known as “The Bed-Stuy neighborhood’s Girl Next Door, who is always there for us,” is at the event supporting her community. She makes it very clear to everyone how such projects successfully come to life, “Support them with money.” According to Vaughn, they hope to eventually conduct fundraising to develop future mural projects.

Adjacent to Ideal Food Basket is a band performing on the stoop of one of the many historic, cherished brownstones of Bedford-Stuyvesant. They are the Cool Cat Collective, and are currently covering James Brown’s “Get On Up.” As neighbors and passersby continue to gather around the block, the fervor grows for the unveiling. Vaughn’s mother has prepared iced ginger pineapple tea for the crowd.

The mural honoring Dr. Mickens is located on the northside wall of Ideal Food Basket. According to Vaughn, “Along with being a part of Bed-Stuy’s past and present, [Ideal Food Basket] is now sharing its space for the future of the neighborhood”. The supermarket and its manager, Denis, offered their walls and even went through the trouble of securing the proper permits.

As Jefferson recalls, many of the neighborhood youth get their first jobs working at Ideal Food Basket, including himself, once upon a time. The lead artist behind the I Am murals, and Jefferson’s childhood friend, Kenya “Art-1” Lawton, also worked at the market, back when it was called The Big R.

Lawton, a prodigious Brooklyn airbrush talent, is largely responsible for bringing the initiative to illustrative life, in the form of grand mural artworks situated throughout Bedford-Stuyvesant. Softspoken, Lawton tells me about his airbrushing origins, and in particular, how he was able to buy his first airbrush with his first paycheck from working at the neighborhood market. He also speaks about the vision of hope he and Jefferson aspire to instill within their community. (You can find Lawton’s artwork exhibited on his instagram, @art1airbrush.)

When Lawton mentions that he had some help producing the mural, he points towards three high schoolers, proudly posing for a picture with their white airbrushed t-shirts, which has their names and personal designs on it. Kelli, Jada, and Bastin are all rising seniors attending nearby Bedford Academy High School.

Kelli hopes to go to Spelman College, and would like to study physics. Jada wants to study criminal justice at either George Mason University or West Virginia State University. They tell me they are into poetry, and recently performed spoken word at The Bowery Poetry Club.

Bastin wants to study psychology at either Kentucky or Duke University, but ideally a small school that offers intimate interactions between students and faculty. He tells me about his recent near-death experience, and how it has influenced his decision to study psychology. He believes it will equip him with the necessary tools to give back, and offer counsel to his community. He also wants to travel and seemingly understands the power of diverse perspectives.

To attempt to describe the mural is an injustice, you will just have to see it for yourself. For starters, it is quite colorful, and embedded with multiple meanings. One part of it spells out BED-STUY, with each letter pertaining to elements of the I AM initiative. B is for beauty, E is for economics and education, D is for divinity, S is for symbols, the T and U signify TU, which in Spanish means “You”, and Y is for Youth. There is also a quote by Dr. Mickens himself:“You cannot change the culture of a school without taking into account the culture of the neighborhood”.

It is a beautiful day, but also one of nostalgia and reflection. I can’t help but imagine who exactly Dr. Mickens was, the sound of his voice, and even his quirks; that is, the type of person who warrants such affection from multiple individuals and unites a community ten years after his last walk on Earth. I must admit, I feel some sadness knowing I will never meet the man who Bedford-Stuyvesant celebrates here today. Although it is impossible to try and recreate the Dr. Mickens of present memory, I also realize that it is unnecessary, because as I look all around me, at all the smiling faces, of all different shapes, sizes, and colors, and as “Billie Jean” plays in the background, I see clearly the man Bed-Stuy honors. Dr. Mickens, through those lives he has touched, and now through this mural, still lives on within the hearts and minds of this community.

My own community where I grew up riding my bike throughout the countless streets that were the bounds of my imagination, does not exist anymore. It was bulldozed a few years ago to make way for new apartment buildings and a shopping center. Thanks to the collective effort of Vaughn Jefferson, Kenya “Art-1” Lawton, the late Dr. Frank Mickens, Ideal Food Basket, Denis, Monica, Jefferson’s mother, Kelli, Jada, Bastin, everyone here today, the entire community, and of course, The Cool Cat Collective, Bedford-Stuyvesant is here to stay.

Vaughn puts it best: “If you from Bed-Stuy, rep it, because it holds weight”. 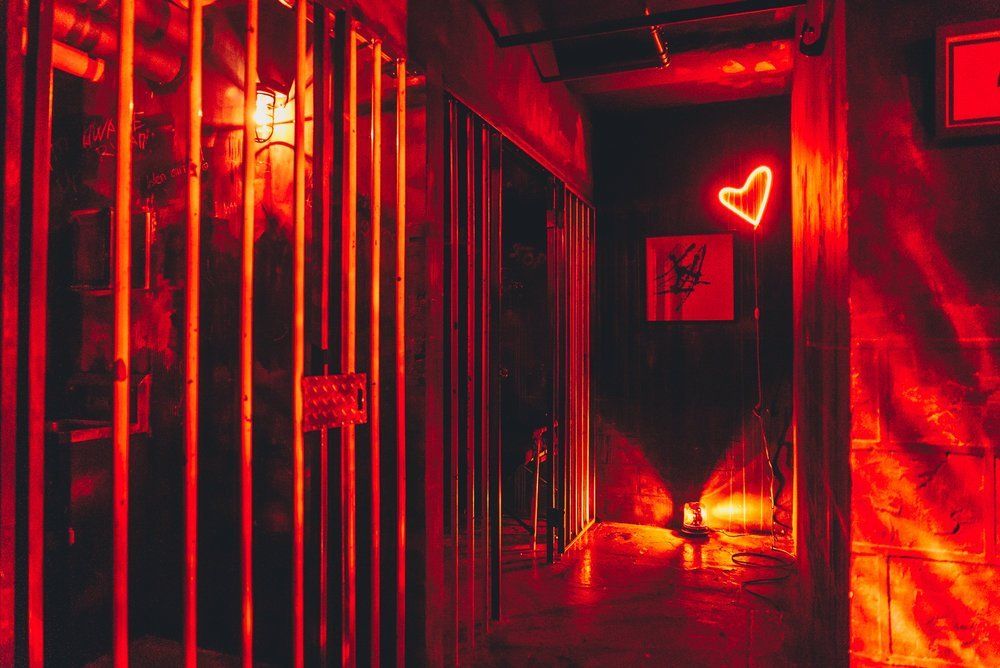