On Angela Davis, Challenging the Gender Binary and Processes of Negotiation

As people across the country rise to actively confront oppressive structures, the concerns of trans and nonbinary communities are finally at the forefront of the national conversation. We are seeing increased representation in the media —  more trans and non-binary activists are being given a platform. People on social media are contributing to the GoFundMe accounts of trans and nonbinary people. Companies are being held accountable for trans-exclusionary  insurance policies and hiring practices. We are finally applying pressure to our violent gender binary system, and not a moment too soon.

While the signs are encouraging, trans and nonbinary people all over the world are still being attacked, violated, and murdered for simply existing. This year alone, 16 Trans and NB people have been murdered. We learned recently that these communities are disproportionately affected by COVID19,  poverty  and unemployment.

We owe much of what we can imagine to the creativity of nonbinary and trans people. This goes beyond the cultural movement that the majority often appropriates and capitalizes upon. People who challenge the gender binary conceive a world that we simply could not perceive otherwise. Their revolutionary existence allows us to re-conceptualize the parameters of possibility.

Angela Davis, in a recent Zoom interview, said it best:

“Many of us already know that Black trans women constitute the target of racist violence more consistently than any other community. We are talking about the state violence, individual violence, stranger violence, and intimate violence. And so, if we want to develop an intersectional perspective, the trans community is showing us the way. We need to point to cases like Tony McDade. But we need to go beyond that and recognize that we support the trans community specifically because their community has taught us to challenge that which is totally accepted as normal.

I don’t think we’d be where we are today, encouraging even larger numbers of people to think within an evolutionist training, had the trans community [not] taught us that it is possible to effectively challenge that which is considered the very foundation of our sense of normalcy. So, if it is possible to challenge the gender binary, that we can certainly effectively resist prisons, and jails, and police.”

I sat down with academic Dr. Rhiannon Catherwood to hear her thoughts on Angela Davis, challenging the binary, “double consciousness” and processes of negotiation with the system.

I believe Angela Davis is right to hold trans people up as an example of this kind of imagination and ability to see and think outside of an oppressive system because specifically in relation to gender, we can’t help but think outside the system instinctively and from a very young age. Many (though not all) trans people have a startling degree of awareness of their own gender identity in very early childhood – myself included; I knew I was supposed to be a girl as concretely as I knew anything before the age of five. And with that came the ability to notice all of the many ways that adults interacted with boys and girls differently, the ways the media represented us differently, the ways that we were actually pushed to behave precisely in the ways that would affirm adults’ preconceived notions of what boys and girls were supposed to be like automatically.

In introductory gender studies classes, there’s always a percentage of the class that is really surprised and enlightened by learning the basic idea of the social construction of gender (though a much smaller percentage now than 15 years ago) – whereas I, and I imagine many trans people, found it a little surprising that anyone needed this explained to them, that anyone didn’t already realize this.

But of course many don’t, just as I, as a white person, an able-bodied person, a non-immigrant, etc., grew up unaware of many aspects of the systems that have privileged me. There are definitely parallels between this kind of vision and that of other marginalized groups growing up and living in a world built to cater to other privileged groups. Trans perspective in this sense is similar to what Patricia Hill Collins described as the “outsider within” perspective; she explained that being part of a privileged, centralized social group can obscure someone’s sense of their own social reality.

There are overlaps with Marxist theory about the ability of the economically oppressed to see the problems of a system that are invisible to the economically privileged. There are similarities to W.E.B. Du Bois’ idea of double consciousness, that by necessity a marginalized person learns how a privileged person thinks in order to function in the world, while simultaneously maintaining the critical perspective of an outsider.

At the same time, the problem isn’t just a lack of understanding – I think more people recognize that the gender binary is flawed and socially constructed than would admit it. When I see a cisgender parent furiously insisting that their son not play with dolls, or when I hear a misogynist argue that women don’t belong in a certain career field and need to be kept out, or a homophobic person not wanting their children to even be aware that gay couples exist, what I sense is that these people know just how constructed and therefore fragile this gender system really is, and that’s why they feel such a need to defend it. If it were really so fundamental and unchangeable, then why would it matter if your son painted his nails one day? Why not give a woman a chance to be a scientist?

If biology determined gender and gender determined personality and patriarchy were truly natural and inevitable, then deviance from it would be rare and short-lived, and everything would fall back into place, wouldn’t it? I think the massive resistance to women’s rights and queer rights speaks to a recognition that these are indeed socially constructed and changeable systems.

And that’s why perspective and vision are only part of the equation. Seeing the bars of the prison isn’t the same as breaking out of them, including for trans people, which is why though many of us gain understanding from a very early age that transition may not come until adulthood or not at all. Many of us internalize the oppression, which can take the form of depression and self-loathing, or can be as simple as not believing that things can be different, not believing that living free of that system is possible.

What got me past that stage was when I stopped fooling myself into thinking that I could negotiate with the system or really exist within it. By definition, the system required that I pretend to be something I wasn’t. My real self didn’t exist within that system – there was no such thing as me inside of it. The people who would only love me if I were pretending to be someone else didn’t love me. So what was I holding on to? Once I hit that realization, I was able to make the leap, and I was extremely fortunate to find no shortage of people who loved and respected me as I really am.

I’m also fortunate that my particular trans identity is slightly closer in alignment with the system than many others. Nonbinary trans people have an even more difficult journey. Trans people, not just individually but as a group historically, have negotiated with the binary gender system for a long time, particularly through interaction with medical and psychiatric doctors who served as gatekeepers and for decades demanded we perform a very specific and extremely normative version of our gender identities in order to qualify for medical and legal transition. Except for the fact that I’m a lesbian, a trans woman like me would have had an easier time negotiating with those gatekeepers than a nonbinary person. And yet, nonbinary people find the courage to exist out loud, and that kind of courage should inspire everyone who was brought up in a system that doesn’t recognize, respect, or value their existence.

Why I suspect Angela Davis wants to highlight this kind of experience is that progress sometimes depends on realizing how little there is to lose. If you already don’t exist in the system in place, if you realize you don’t and can’t have a happy life within it, you stop negotiating with it, you stop trying to repair the mess, and you jump ship. This is the place where radical change becomes possible. It’s the same mindset that Trevor Noah described a few weeks ago when addressing the controversy over property damage during the protests. He spoke about the basic social contract that we follow when we remain peaceful, and he posed the question that if you realize that the social contract has already been broken by systemic violence, then why would you remain peaceful?

I believe there are definite parallels between trans experience and that of a variety of others struggling for the freedom to live. For a long time, we’ve been mired in that stage of fruitless negotiation (an endless cycle of reform), and as we start theorizing beyond that, the rhetoric of the system starts to sound like an abusive partner or parent, trying to convince us that we have to accept the abuse or it will leave, and we won’t be able to survive without it, telling us there is no life outside of the system, so we have to negotiate it. But trans experience teaches us that the reality is the opposite – there is no life inside that system.

There’s a reason that Dr. Davis brought up trans experience specifically in the context of a discussion about abolition as opposed to reform. If a system fails to include or support us, or worse if it fundamentally exists to marginalize and oppress us – then the answer isn’t negotiating with it or reforming it, the answer is rejecting it outright because our existence depends on rejecting it.

So to bring this back to the original question, a better more inclusive world both for trans people and for everyone whose experience might parallel ours would be a world where we recognize that our social and cultural institutions are not set in stone, that we don’t have to keep doing things the way we are just because it’s the way it’s been done for some time, where we recognize that everything is open to question and critique, that celebrates the people who can envision and create radical change.

Dr. Rhiannon Catherwood is a professor of English at Onondaga Community College. 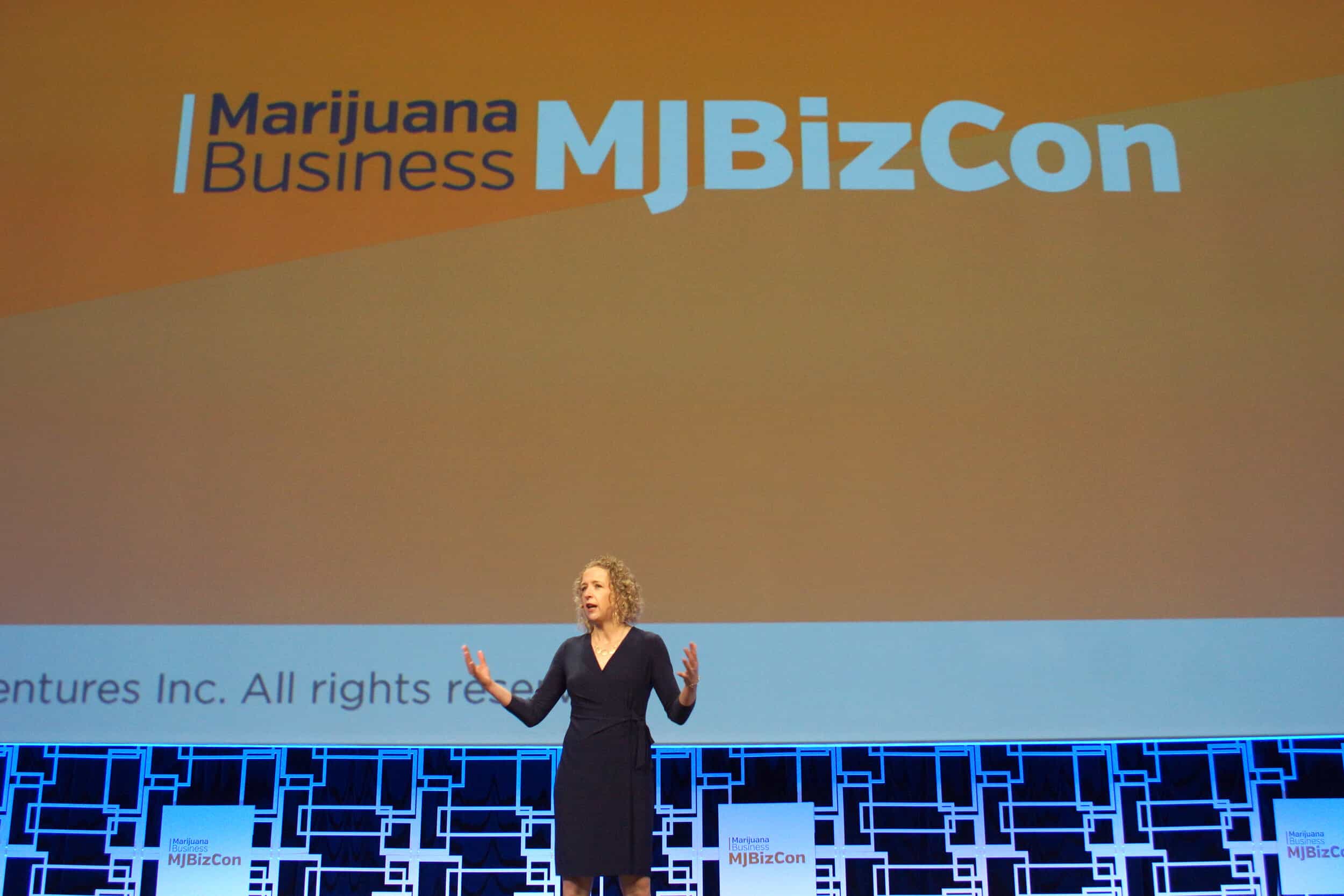