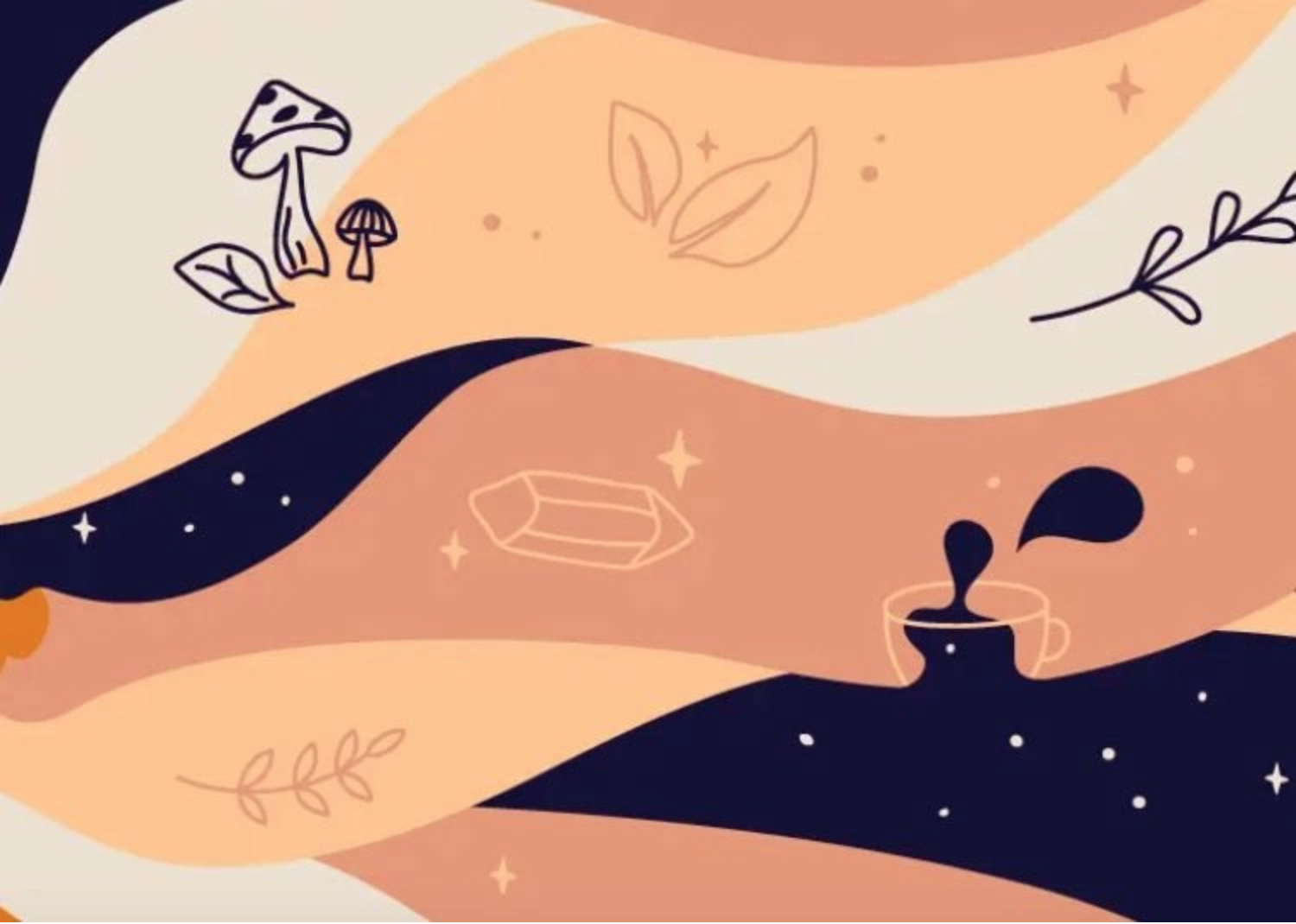 How witches from ancient Greece to Gaeilge used plant medicine for sorcery, prophecy, and divine connection.

“The females shamans and prophets, the ‘flying women’… did know the most about entheogenic plants” –Felicitas Goodman

There has always been something about being a witch that felt a little bit psychedelic. We all know the stereotypical imagery: witches flying on a broom, making potions, gathering in covens with like-minded folks, and making magic. But once you get past that and really think about the muck and boil, the crackle and pop of witchcraft, that’s where the gristle of the thing is. Being a witch means embracing the shadow, what is dark, and varied, and liminal. The psychedelic is the same way.

What has often been on the fringe of society, both the psychedelic and the occult are seeing a new ascent to the mainstream. The history of hallucinogenic and poisonous plants is rich, winding, and divergent, much like mythology and witchcraft itself.

Looking for the crossroads between the psychedelic and the occult? Look no further than the legends and myths surrounding goddess Hecate, traditional medicine called Witches Salve, and poisonous plants like Henbane, Belladona, Mandrake, and Yew.

Hecate is a Greek goddess and is considered by some to be the first witch. She is known as presiding over magic, spells, herbal knowledge, and the Crossroads (the symbolic representation of decision making and fate).

She is often visually depicted as the deity archetype of the triple goddess, in the domain of the moon, earth, and childbirth. Sometimes in these depictions she is shown  holding a torch in search of Persephone, who in Greek mythology disappears into the underworld. She can also be found in imagery of her garden with the serpents.

The priestesses of Hecate were called the Thessalian Witches, famous for sorcery and astrology. Legend has it that the Thessalian witches knew how to “draw down the moon,” or in other words control it. The poetic language of drawing down the moon has been tied by some scholars to psychedelic sentiments,  attributing this magic of moon pulling to working with  psychedelic mushrooms. In the words of the Roman poet Ovid, quoted in Witchcraft Medicine, “When someone says that the evil green stuff on the Thessalia soil and the arts of magic might be able to help, then he should try it. That is the ancient way of witchcraft.” Some speculate that this quote itself references psychedelic shrooms or plant medicine that the Thessalian witches worked with.

The Gaelic festival of Samhain is an especially important day to those who practice witchcraft. Described as the Witches Halloween, a day to honor the dead, when the veil between this world and the next is the thinnest, Samhain was celebrated with huge bonfires burn to frighten spirits, while warming the souls of those departed.

Witches Salve was made during Samhain, and other Sabbat days (witches gathering days) with psychedelic (and poisonous) plants like Poison Hemlock, Monkshood, and Henbane. Traditionally, witches would simmer these herbs in goose fat to make the salve.

Legend has it, the salve then would have to be taken through the membranes of the skin—where the skin is the thinnest, either vaginally, or under the arms.

Some think this is where the imagery of witches on broomsticks comes from, as the witches would apply their salve to the broomstick before taking it on a ride.

“As a tool, the broom is seen to balance both ‘masculine energies (the phallic handle) and female energies (the bristles)’—which explains why it was often used, symbolically, in marriage ceremonies,” according to an article entitled “Why Do Witches Ride Brooms?” “But the more likely connection has to do with the fact that users of ‘witch’s brew’ were, in a very practical sense, using their ointment-laden broomsticks to get high. They were using their brooms, basically, to ‘fly.’”

These salves were made for journeying and psychedelic experiences. In their minds, then they would disappear across the night to go explore the mysteries that exist in the beyond. Sometimes these women are depicted riding on the back of an animal familiar (an animal bonded to a witch through her practice)  like a duck, goat, pig, wolf, or cat.

Indeed,the images of both witches on brooms and animals are intertwined throughout history. “Both of these elements—animal transformation and soul travel—are well known to cultural anthropologists. They belong to the repertoire of shamanic techniques of ecstasy,” as written in the book Witchcraft Medicine. “Poisonous herbs…can sever the soul from the body; thus it is able to fly into the astral world behind the world of exterior appearances…while the body remains in a deathlike posture, the soul can slip into animals and move through the forest….the shamanic art is, at best, the ability of the soul to find its way back to the body.”

As a note, much of what we know about poisonous plants, and witchcraft has been handed down over centuries  and much wisdom has been lost in the violence enacted against the keepers of this knowledge. The ethnobotanist Herman de Vries is cited in Witchcraft Medicine, “there are no recipes passed down by women that can be verified.”

The Yew Tree (native to parts of Europe, Africa, Asia, and Iran) is a tree that is considered sacred to the gods of the underworld and has been intertwined with the legend of Persephone, Proserpina, and Hecate, as these narratives take place in the underworld or in liminal spaces between.

“The Celts considered the yew to be the ‘oldest of trees,’ and it was a sacred plant of the druids, they planted it on sacred sites,” according to Witchcraft Medicine, noting that the Irish druids used yew wood staves for prophetic arts.”

“These plants enable witches to perform feats of occult wonder and prophecy, to hex through hallucinogenic communication with the supernatural, and transport themselves to far-off places,” as described in the book Plants of the Gods.

Ergot is a fungus that grows on rye grain that led to Albert Hofmann’s development of LSD. It was used in earlier times by witches and midwives to help ease the pain of labor. Ergot was also used to make methergin, a modern day medication that is used during labor and miscarriage, as well as for delayed regeneration of the uterus during birth.

Many plants that witches, wise women, and healers worked with exist in our pharmaceuticals today. For example, foxglove is found in Digoxin, a heart medication. As the wise often say, the difference between a medicine and a poison with any plant or substance is the dose.

The variety of these initiations, medicines, and their uses covers a vast range of time periods and cultures, full of rich stories, histories, mythologies, and wise witches.

For further poison plant education, witchcraft work, and the psychedelic see the work of Kathryn Solie, read Witchcraft Medicine, Healing Arts, Plants of The Gods: Their Sacred Healing, and Hallucinogenic Powers, Sacred Herbs of Samhain, and The Witches’ Ointment: The Secret History of Psychedelic Magic.

Though much of this knowledge has been lost and silenced over the years, education around poison plants, witchcraft, psychedelics, and plant medicine are there for those who want to dive deeper, connect to their witch, and discover what happens when the roots of this magic are traced back.

Word to the Wise:

**Do not work with or ingest plants you’re not familiar with. Without ingesting, essences can be a good way to connect with these plants, made by experts. Please seek out the aforementioned experts for further information. 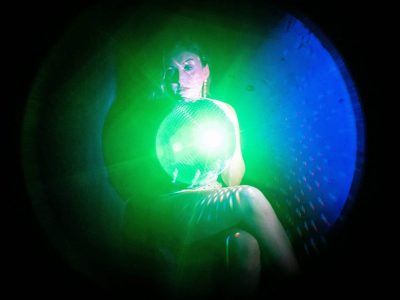 Honeysuckle's Guide to Sex in Public: The MoMA

Proud to Give Back: Denali Foxx’s Cannabis Box Set Celebrates BIPOC and LGBTQ+ Communities with the Ultimate in Self-Care 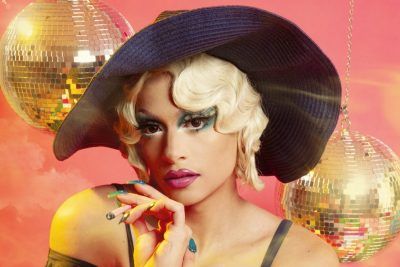