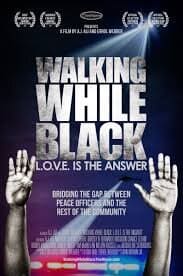 For the sake of future generations, Ali remains an optimist and will continue to lead only with love.

In our country, the resistance is brewing. In honor of all of the African Americans we have lost to gun violence, and the victims of mass incarceration, there is a movement of reconciliation that will be the voice for the voiceless and provide help for the helpless, powered on love. L.O.V.E. is the acronym for Learn, Open your heart, Volunteer to be part of the solution, and Empower others to do the same. Filmmaker, activist, and U.S. Air Force veteran AJ Ali has created this movement; through his remarkably raw and powerful documentary, Walking While Black: L.O.V.E. Is the Answer, he is using love to improve relations between law enforcement and people of color.

Ali’s award-winning film Walking While Black: L.O.V.E. Is the Answer, which came out in February 2017, gives the audience an inside look at the invariably damaged relations between the black community and the police department and what can be done about it. According to Ali, the things we most need to move forward are compassion and learning how to forgive each other. This way of thinking is not particularly popular, but he believes it is the only way to build unity inside and outside the black community. As a black woman in America who finds it hard to forgive atrocities stemming from decades-old racism, I was intrigued by this talented filmmaker’s viewpoint.

AJ Ali was born in Washington D.C. in 1963, a month after the timeless “I Have a Dream” speech by Dr. Martin Luther King. Beaming with pride he told me,  “My whole life I felt like part of the legacy of that time. Regarding race, when I was a kid, up until age five, we lived in Washington D.C. which was predominantly black. Then we moved into the suburbs near D.C. into a black community which was part of a larger, mostly white community.”

Ali’s father is African American and East Indian, and his grandfather came from Calcutta. His mother’s family is African American and Native American. “We had  a multicultural family but we were brought up to believe that we were as good as anyone else. We were taught to respect and be involved with other cultures, to know that we were also special and not to let anyone ever try to tell us otherwise.”

When I spoke to the Los Angeles-based director about his personal interactions with the police, I was surprised to learn that he had many unfortunate experiences, and for him being able to forgive did not initially come easily. His first encounter with the police happened when he was racially profiled at just sixteen years old, being stopped while driving his car, starting a pattern that’s continued for decades. Recalling that incident, there was no anger in his tone. “I was able to have a civil conversation with a police officer on the side of a road because I knew the law. I knew the amendments to the constitution that pertained to that stop. I knew how to keep a level head.”

“I’ve seen my father, brother, and uncles experience it too. I was given the talk at an early age,” he said. “My brother Abby passed away in 1998 and his legacy to me was ‘Love is the Answer.’ He didn’t say retaliation or hatred was the answer, he said ‘Love’ and so in order to honor him I really had to try to live that out.”

The veteran also credits his powers of compassion to faith in God “Focusing on [God] kept me looking for ways to seek reconciliation while also seeking truth. We do have to hold people accountable for their wrongdoings, but I think we also need to find every way possible to be reconcilers.” For many, even those who seek God, forgiving someone can be difficult. The beginning of Walking While Black opens with powerful, and disturbing clips of such victims of police brutality as Alton Sterling, Sandra Bland, and Eric Garner. I was curious to know Ali’s initial reactions to these events and his own process of grief to forgiveness. He explained that like everyone else, he felt pain, frustration, and anger.

“To be honest, there was just a lot more of the same because having personally experienced racial profiling along with family and friends for fifty-five years now, seeing it on television, while dramatic, was no different than what I’ve experienced my whole life.” He explained that the part that stung most was the vitriol and outspoken racism from people he’d considered his allies. “There were people in my circle that ‘it wasn’t part of their daily life, so they just didn’t care’ and that’s part of what drove me to tell this story, walking while black.” Ali makes this point very clear in the documentary by including a recorded conversation between a black young woman who has just been arrested and a police officer.

In the film, the officer asks the girl why she thinks so many people are afraid of African-Americans. He then goes on to say, “Ninety-nine percent of the time it is the black community that is being violent.” As an African American woman, the thought I could have been that young girl handcuffed in the back of that vehicle left me outraged.

Another powerful moment in the film, is when prominent African-American defense attorney Warren A. Brown called the criminal justice system “a form of slavery.” In the next clip, Dr. Chance M. Glenn Sr., a noted professor of engineering and Grammy-nominated songwriter, explained the limitations of one social group characterizing another. Glenn is the son of a police officer who nevertheless has experienced the same severe racial profiling as other black men of his generation. He described the main reasons why profiling has increased: “If officers want to be promoted they need to make their arrests. If prosecutors want to move up in their ranks, they need to get their convictions. The best place to make their arrests is in poor communities, where people don’t know their rights, where people do not have access to good attorneys and protection and where crime is rampant.”

I respected AJ’s position of seeking tolerance and empathy. However, I questioned his feelings on Trayvon Martin’s or Eric Garner’s families. Ali took a deep breath, and chose his words very carefully. “First of all I want to say seek God and just know that God loves them. Find a way to forgive, if possible. That’s easier said than done but it’s so important. Try to build bridges, to find common ground with those in law enforcement who are not the bad guys, the ones who truly love the community they serve and want to work with people and see things change. We need to seek them out and give them the support to change things from within.”

Ali and his wife are going through a twelve-week course organized by the Santa Monica Police Department. “Twenty people get together for three hours every Wednesday. We learn about the inner workings of the police department. In the process, we’ve been able to establish relationships with all of the people who come in and the last session we went through, they had police cadets and young people, high schoolers and college students,  come in and give presentations.

“I would say to parents,  after you’ve done your roleplaying and had the talk and learned all you can, and read up on the law, see if there are opportunities for your teenagers or college students to [participate] in programs that involve the police. Some people absolutely hate that idea but I really believe that it’s part of the solution because then that person wearing the uniform is no longer  ‘that cop’ and that kid goes from being ‘that kid wearing the hoodie’ to ‘oh hey, that’s Jamal, I know him; he wants to become an engineer.”

In the documentary, Ali also dove into the stigma of mental health within the police department; how there is not enough being done for those who suffer from PTSD, most likely directly linked to how the officers deal with those they arrest. “I’ve learned that [police work]  is one of the more highly stressful [jobs] and they don’t get the support that they require which means they’re in need of greater mental and emotional help and wellness. I’m doing my part to get them access to help so they can be at their best, so that they can perform in a way that’s safer for me,” Ali stressed.

“I’m seeing cops from various police departments who are more willing now, than even two or three years ago, to say something against someone in their department who is doing wrong. If good cops know that we’ve got their back, they’re going to be more willing to step up. And so when something bad happens you don’t have one person who did it and ninety-nine people being completely silent.  You may have one or two people say, ‘Hey that was wrong and this person needs to go.’ ”

For the sake of future generations, Ali remains an optimist and will continue to lead only with love. “Even if it’s uncomfortable, especially if it’s uncomfortable, we got to break down those walls and reach out and form those relationships because our lives are at stake. We’ve got to be proactive and part of that change. We’re going to lose more people, there’s going to be more of these unfortunate horrible incidents, and we’ve just got to keep our eyes on the prize and keep pressing forward.” 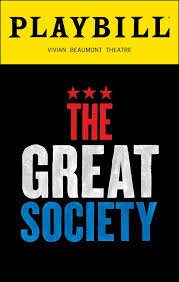