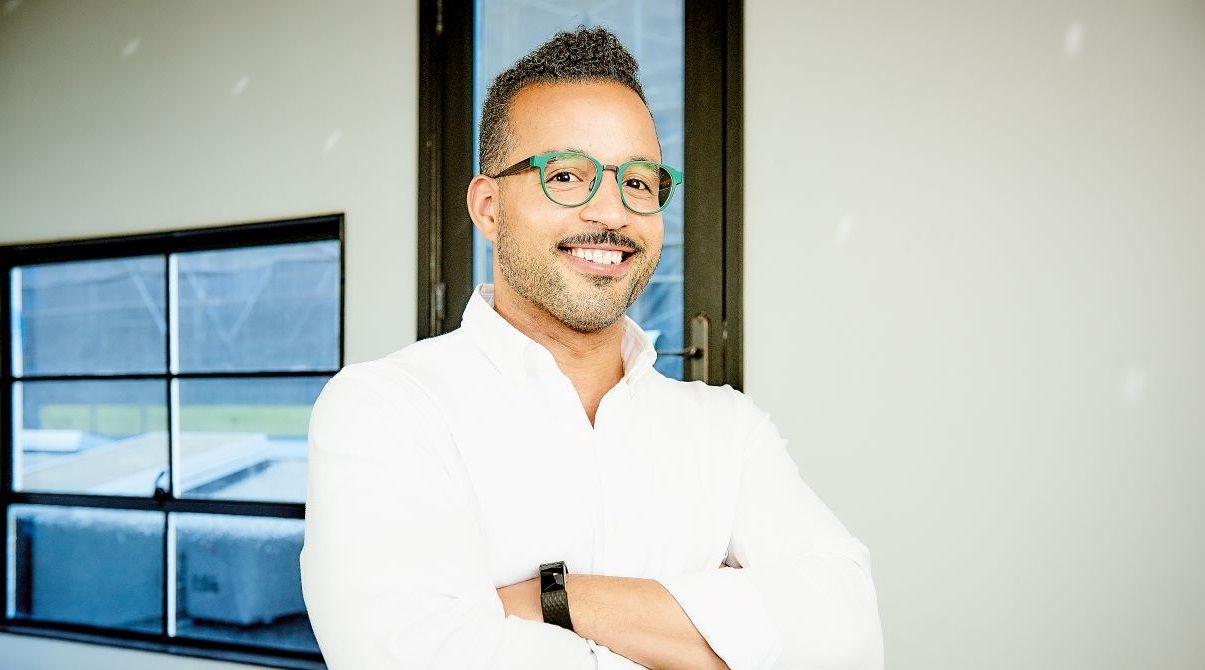 Vertosa's Austin Stevenson Goes Into the Weeds With Cannabis Infusion

Vertosa co-founder and Chief Innovation Officer Austin Stevenson, a booksmart kid from the Show-Me state, spills the tea on how he’s quietly infusing the everyday for a bold new world.

It was Fall 2019 and every resource that mattered was sharing their own big expectations for the cannabis-infused food and beverage space going full throttle. Thanks to some of your favorite chefs and culinary personalities taking hold of this new “ingredient,” a bold new trend had been ushered in across dining, allowing cannabis to be integrated into the hospitality and restaurant scene. But COVID-19 had other plans for all of us and 2020 was not the mainstream breakout year for cannabis that some had anticipated.

Like the Monty Python boys used to always say, “Nobody expects the Spanish Inquisition.” With that phrase, used in several comedic sketches seen on Monty Python's Flying Circus, the brilliant wisecrackers of the show’s the writers and cast inadvertently created a meme that woven itself into popular culture ever since and is, perhaps, a little too on the nose to describe these last few years. If there was a deeper thought behind the inspired silliness, it is that, indeed, no one did expect the Spanish Inquisition or any of the innumerable calamities that periodically befall human societies. But before we can understand the “can’t stop, won’t stop” mentality that has led Austin Stevenson – as Vertosa’s Chief Innovation Officer – to keep pushing the boundaries of what is possible in the world of cannabis infusions, we must look to the past as much as the future.

Vertosa is one of the companies leading the new charge in the cannabis space toward infused categories. Also known as Advanced Infusion Technology Partners, the brand strives to break the stigma around cannabis by unlocking impactful truths around the plant and its various cannabinoids. As the company partners with different infused product makers to develop new cannabis delivery mechanisms, its team is creating new plant-based experiences and making cannabis more accessible to consumers worldwide. As Chief Innovation Officer, Austin Stevenson leads Vertosa’s initiatives to forge into the next frontier of consumption. However, his path to the sector wasn’t always so clear - although it was paved with Monty Python-tinged memories.

All About Austin Stevenson and Vertosa's History

Watching repeats of biting social commentaries set to laugh tracks like the great works of Michael Palin, Terry Gilliam, and John Cleese didn’t set in until Stevenson’s esteemed college years as he racked up quite the portfolio with degrees from Columbia University and the University of Bath alongside formal training in Advanced Design Thinking from Silicon Valley’s IDEO. To understand Stevenson, we must see that his world was fueled by the perspective that he really could do anything he put his mind to. Originally from St. Louis, Stevenson’s “early bird gets the worm” mentality emerged at an early age thanks in no small part to his strong-willed parents. His mother inspired his pioneering spirit as one of the first women in the St. Louis Fire Department and the city’s first Black woman firefighter Captain. Meanwhile, Stevenson’s drive and dedication as a maker were inspired by his father, a building and construction professional who was often first onsite and last to leave.

“For as long as I can remember, I was taught that if it is possible, then do it,” said Stevenson. “And if it isn’t possible yet… then it’s my job to make it so.”

Stevenson cut his teeth in the professional world of finance with a great run at Citigroup, but his real education began when he was fortunate enough to be a part of a global think-tank in NYC that exposed him to an innovative ecosystem of health, tech, and wellness entrepreneurs.  Stevenson’s experience as an advisor to an accelerator in agriculture technology in Africa was similarly transformative for him. As part of the MIT Innovation Laboratory, he saw African farmers cultivating green leafy vegetables in the middle of the Kalahari Desert, via hydroponic indoor cultivation in freight containers. Seeing this piqued his undying curiosity and upon returning stateside, he learned that it was really the cannabis industry driving innovation in terms of indoor vertical farming. Stevenson hopped, skipped, and jumped his way from New York across a few different cannabis opportunities before he crashed into an old friend. This individual introduced Stevenson to  a PhD scientist focused on applying his expertise in surface chemistry to creating emulsion systems to infuse beverages and topicals with cannabis, ensuring precise potency and consistently stable products. The scientist in question turned out to be Vertosa co-founder and Chief Science Officer Dr. Harold Han and the “old friend” Vertosa CEO and Co-Founder Ben Larson. Together this trio found synergy and connection in wanting to solve a clear problem in the cannabis infused products supply chain.

Stevenson points out that he is part of a team of self-proclaimed “cannabis-nerds.” “We love putting on our ‘problem solver hats’ and we all share a deep passion to design new experiences with our favorite plant, cannabis,” he says. “As nerds, we also love to read, and one of our company’s foundational books is A History of the World in 6 Glasses when we realized there’s actually one missing – the 7th Glass of cannabis beverages.”

In the beginning, Stevenson and his merry band of nerds focused on consistency, dosing, and stability. Quickly they realized there is no “one size fits all” when it comes to infusion tech. This inspired this group of forward thinkers to develop a portfolio of many different ingredients, and patented an emulsion designed for stability in aluminum cans and beyond. Their dedication to infusing the most ubiquitous consumer packaged goods (CPG) product worldwide – beverages – empowers Stevenson and the Vertosa team to overcome health concerns of smoking, and simultaneously provide a familiar, approachable, and easy form of consumption anchored in comfort traditions such as drinking. Additionally, that dedication has fueled their signature innovation platform, which can be accessed by any entrepreneur dedicated to supercharging the next generation of thought leaders looking to unlock the power of this unique plant.

A Science-First, Quality Supplier and Stevenson's Equity Mission in Cannabis

As a B2B company with a “Service First, Science Backed” mindset, Vertosa has given Stevenson a platform to speak his informed truths. Through his position, he educates leading cannabis brands like PLUS Products and STiiiZY, as well as traditional CPG Brands like PBR, and VitaCoCo on why cannabis products infused by Vertosa are helping unlock the true potential of the cannabis plant, and bring a new generation of cannabis products to benefit their consumers. Stevenson and his team utilize peer-reviewed data, and invest in third-party FDA registered, IRB approved pharmacokinetic studies that illustrate “how” and “why” their ingredients deliver on the promises they make – all in an effort to build trust between brands and consumers.

Stevenson sees collaboration as the new competition, and he’d like to unapologetically start a movement that calls out cannabis operators who prioritize profit over people and product. From his vantage point, the cannabis industry is as diverse as the country itself. Being part of an industry that is full of amazing leaders who are people of color, women, LGBTQ, and other minorities is a point of pride. However, he’s also quick to point out that many of the cannabis products on retailers’ shelves today are not made by or representative of this diverse community that the space intends to serve. Instead, Stevenson highlights that those who have always benefited from privilege continue to prosper in the burgeoning industry, and the privilege gap will widen further unless forward thinkers band together to create a movement that helps amplify the voices of BIPOC, women, LGBTQ, and minority entrepreneurs.

To accomplish this, Stevenson has a plan. His methods include  using consumer advocacy groups to demand that current cannabis brands/manufacturers donate a percentage of revenue to sponsor grants for minority cannabis entrepreneurs – something he personally supports as an Advisor for EAZE’s Momentum Program. Layered into this will be local and state regulatory programs designed to create equity awards and licenses for underserved minority populations, as exemplified through the work of the City of Oakland’s Cannabis Regulatory Commission. But Stevenson highlights that all of this must be furthered by a “those that have must give” approach to community involvement and responsibility. He is a thunderous voice for accountability, championing that companies who are profiting off cannabis today must give back. One key area that he is most passionate about is zeroing in on re-entry programs for those whose lives were turned upside down from this plant, which is now a multi-billion-dollar industry, as an immediate opportunity to right many of the wrongs and deliver tangible change for the better.

“I’ve always believed a life worth living is a life full of learning,” said Stevenson. “The cannabis industry is at its infancy and as long as we all remain curious and lead as much with our hearts as our heads, we really can set this industry on a path unlike any that has come before it.”

To spend time with Stevenson is to be in the space of a human who is always moving, chasing, dreaming, and doing. The soundtrack by which he moves through life is drawn from his parents' old record collection, a mix of the greats like Nina Simone and Billie Holiday. But sometimes even Stevenson has his moments where the world slows and it’s in these moments, if you look closely enough, that you can see within the man is still that wide-eyed child filled with wonder and in awe of all that he could learn.

Most people get hardened by the world, made tougher to survive and in doing so they lose that bit of magic that allows them to never stop being astonished. But Stevenson is not most people. In Stevenson, you have an individual who has learned to work harder to manage expectations and create a safe space for open and free dialogue. And it’s through this carefully curated approach to learning and doing that the foundations of “Design Experience” fuel the next wave of innovation from these leaders in infusion science. Stevenson and his team are unwavering champions pushing cannabis to move beyond just THC and CBD, to fully embrace all the compounds of the plant: minor cannabinoids, terpenes, and beyond.

What's Next for Vertosa and Austin Stevenson?

As Stevenson looks to the future, it’s all about the entourage effect married with the intention to design products with purpose. The days are often long for Stevenson and the Vertosa team, but he is the first to admit that hard work is a requirement. Every day is not promised, but earned. Stevenson adores watching the sunset with a little sip, a little smoke, a little savor of cannabis and reflecting each day as the sun goes down that the night comes to life.

He's definitely earned his sunsets. Have you? 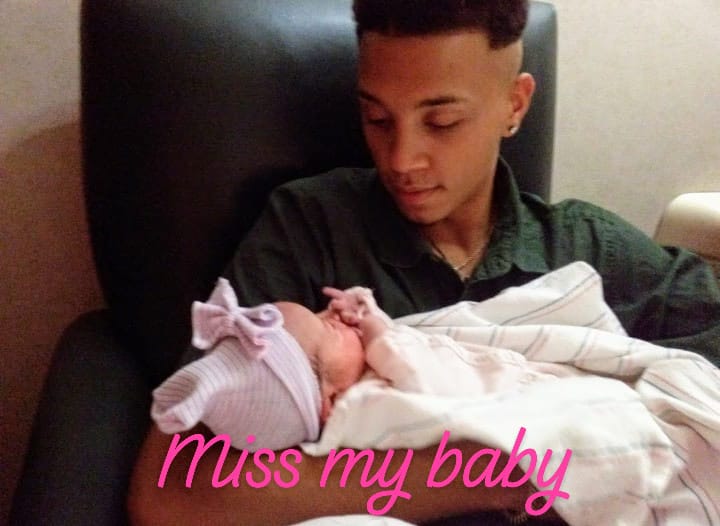