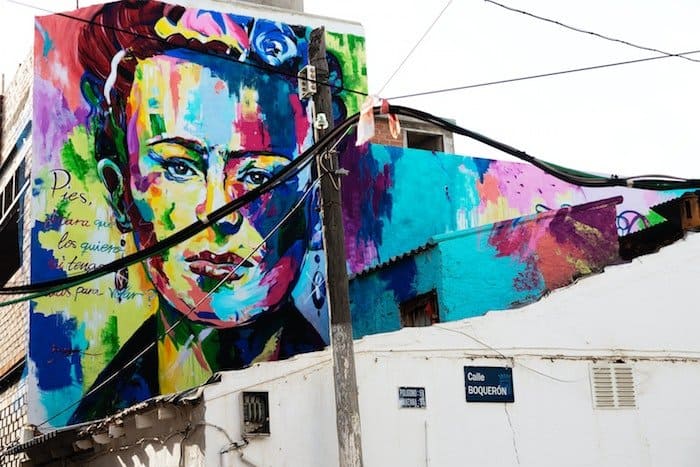 In 2019, I journeyed from Manhattan to Brooklyn to visit the Brooklyn Museum and absorb feminist art. When I arrived, I found the front lobby packed with visitors. There was a live band playing Mexican traditional music. Unknowingly, I had walked into Brooklyn Museum’s exhibit, Appearances Can Be Deceiving, a show dedicated to Frida Kahlo.

The lead singer of the band, a young woman, introduced the final song: La Llorona, a traditional Latin American ballad about a spectral woman who lost her children and now mourns for them in death. She prefaced the song with its legend and taught us the brief chorus saying, “If you all sing loud enough,” she said, “we may be visited by a spirit right here today. But only if you sing loud enough.”

As the music picked up, we sang our best rendition of the Spanish melody. Amid our raised voices, seemingly out of nowhere, a costumed dancer appeared, dressed in traditional Mexican clothing. She wore bright red lipstick and red blush. Her eyebrows were thick; they connected above the bridge of her nose. Atop of her braids sat a flower crown. It felt, at the time, as if the very spirit of Frida Kahlo was dancing before us.

This year yet another exhibit is set to open in her honor. Formerly on display at Brooklyn Museum, Appearances Can Be Deceiving, was set to premiere at the De Young Museum of San Francisco. The exhibit has been delayed due to the pandemic, however, the ethos of the exhibit is a striking and revealing one.

Speaking at the Alameda Free Library, Docent Kathryn Zupsic revealed that the exhibition will feature artifacts from Frida Kahlo’s life. These items were hidden from the public eye in her former home, Casa Azul, for fifty years, at the request of her husband Diego Rivera. Over 6,000 photos and personal documents of hers will be on display in addition to the actual clothing that she lived and painted in. Every available trace of her life will be dissected and exalted for all to see and admire.

At first glance, this microscopic examination into Frida’s life may seem obsessive. But Frida Kahlo has become an undeniable icon to many. Frida Kahlo’s artistic works are bold, iconic and lush. Exhibits displaying her work cannot do so without highlighting the elements of her life that contextualize the vulnerability she shows in each piece. Her appearance, her experiences and her heritage are all critical aspects of Kahlo’s work.

Kahlo was proud of her heritage. She wore Mexican rebozos and floor-length skirts with rich colors, which were not en vogue at the time. Chicana artists who are proud of their heritage, specifically the culture of the everyday people, relate to Frida. Early on, she understood the impact of the Mexican Revolution and the power of art in reaching uneducated populations. Her work was championed by Chicana artists of the seventies, leading to the resurgence and popularization of Frida’s art long after she had passed away.

Kahlo’s dress and appearance concealed her disability; By way of floor length skirts and layered clothing, she hid the weakened parts of her form from the world. Yet, in her artworks, she revealed what lay beneath. On canvas she depicted her prostrate, bloody form as she went through a miscarriage. With her brushstrokes she revealed the metal rod that supported her spine and the prosthetic instruments that assisted her even her stride.

At six years old Frida was diagnosed with polio which necessitated her nine-month isolation from other children. Even after overcoming the virus, she was left with one leg that was shorter and thinner than the other. She would spend much of her life compensating for it and concealing it.

During her time at the National Preparatory School she was the victim of a horrific bus accident in which her pelvis was completely impaled. She spent a month in the hospital, and for the rest of her life, she suffered from spinal and leg pain. She would go on to have 32 surgeries related to that accident and wear a brace to support her weakened spine.

She also underwent several painful miscarriages in her life. She was no stranger to physical pain; she channeled it and included it in her work. In fact, it was the month that she spent bedridden in the hospital that kick-started her career as an artist. Those living with disabilities and bodily pain relate to her due to her history with the same challenges.

Frida Kahlo was a Mexican artist, yet her work is a collage of several different factors of her identity and elements of the world around her. She refused to be defined by one genre solely; she pushed back on the stagnant label of surrealist. By way of her work, she participated in conversations around socioeconomic disparity, revolution, the female form, and the idea of self.

Queer individuals relate to her due to her because she was a pioneer of not only art but also the expression of identity through androgynous dress and features. She would often don a suit for photographs and became known for her prominent unibrow and facial hair above her lip; she wore them proudly. Furthermore, like her husband Deigo Rivera, she had many extramarital affairs. Her trysts were with both men and women, adding another dimension to this unique and complex figure.

In her work, the foundations of her Mexican pride, her physical disabilities, and her gender exploration are evident. She revealed her vulnerabilities to the world through her paintings, and because of that, her work continues to resonate with many. The exhibit is an insight into the humanity behind her iconic image.

Kahlo’s trials and tribulations were often the very foundation of her triumphs. Working through disabilities, personal complexities and forever challenging oppressive norms, the exhibit is a testament to the undeterred spirit of Frida Kahlo. 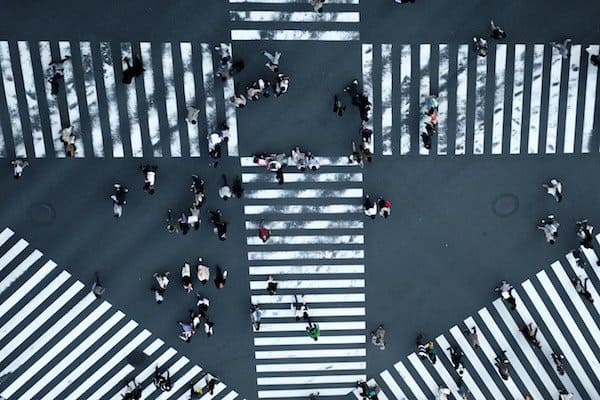 At the Crossroads of Multiple Uncertainties: International Students in the US 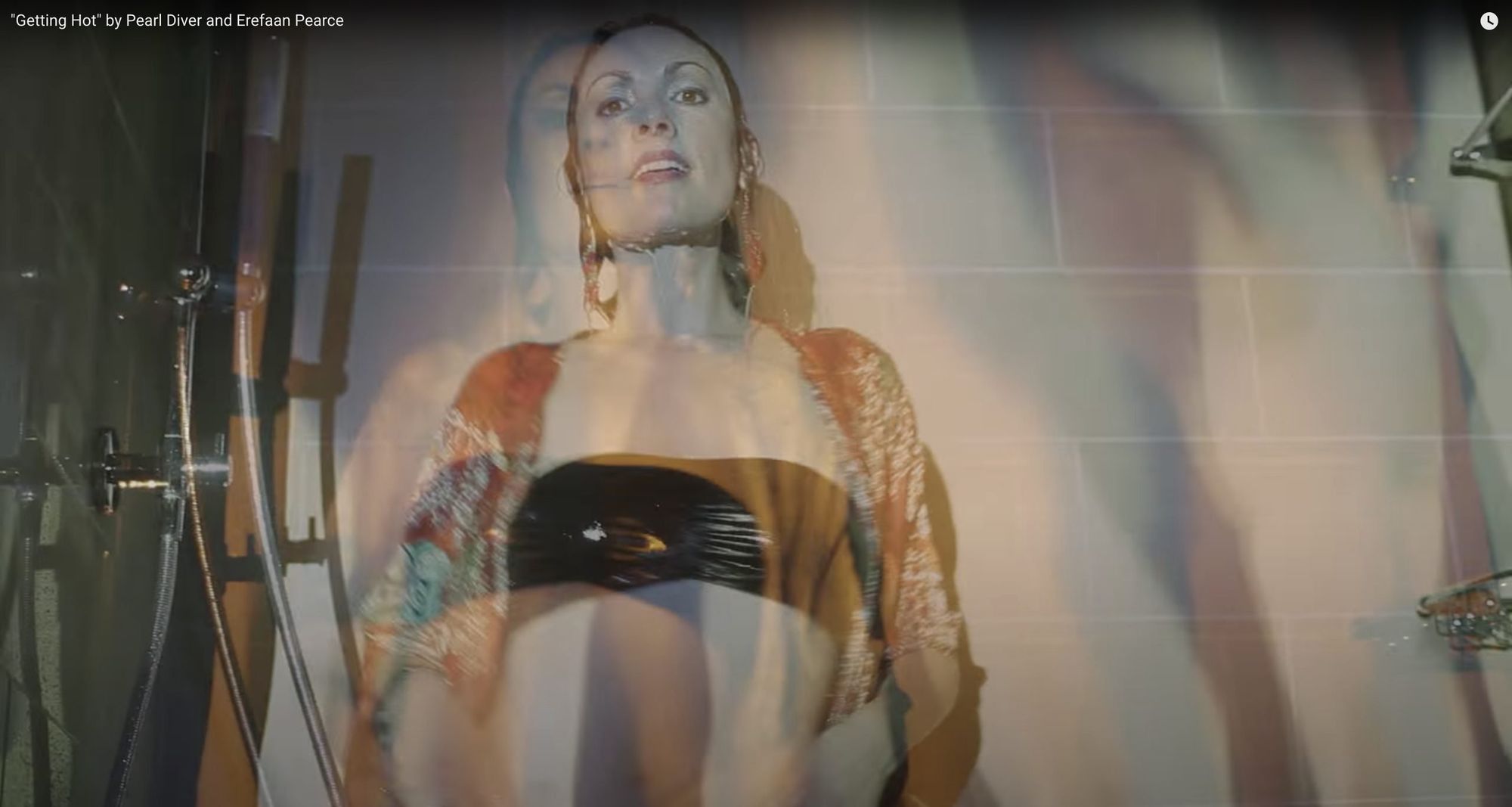