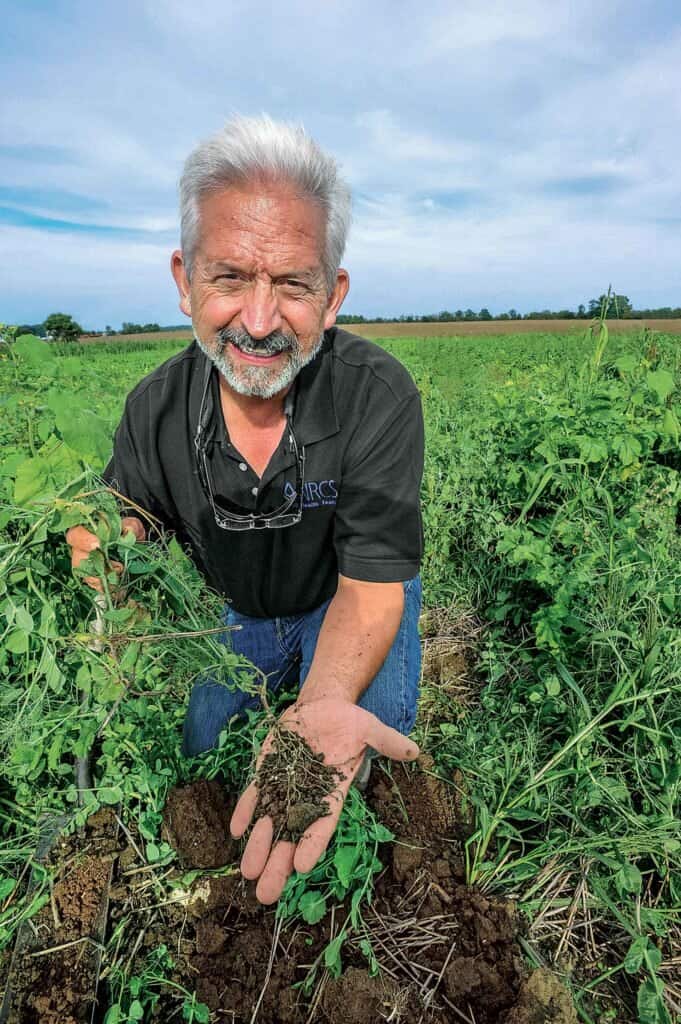 We need to understand how science, social constructs, and spirituality merge to create a natural planetary wellness.

By Jaime Lubin and Ronit Pinto

They call him the Soil Guy, and in his voice it sounds like “soul.” And it should, because Ray Archuleta is practically the Dalai Lama of modern regenerative agriculture. Or maybe the Lorax would be a more apt comparison, because like Dr. Seuss’s resilient environmentalist Archuleta speaks for the Earth. His cries of “It’s alive!” when discussing soil ecology electrify his audiences – but he’ll be the first to tell you that saving the planet is a communal responsibility.

Speaking With The Soil Guy

“Everything’s connected; everything’s one,” has become Archuleta’s motto. It’s immortalized in the upcoming documentary Kiss the Ground from award-winning filmmakers Josh and Rebecca Tickell (executive produced by Leonardo DiCaprio), which follows several pioneers working to restore Earth’s ecosystem. Ray’s mission in regenerative techniques is one of those most lovingly chronicled. For thirty years he’s been a Conservation Agronomist for the federal Natural Resources Conservation Service (NRCS), where he “spent two decades giving bad advice and another one making up for it.” In 2017, he left the government to cofound the nonprofit Soil Health Academy with renowned holistic rancher Gabe Brown. Together with a small team of like-minded innovators, they are educating producers in the regenerative method and breaking them of conventional habits.

Kiss the Ground explores the basic concept and tools for regenerative agriculture, which teaches us to work with the Earth through biomimicry, practices that emulate nature. This means recognizing the soil as a living entity, home to millions of microorganisms that help reduce carbon emissions when they’re healthy, and increase them when they grow sick and die. Think of it as our planet’s epidermis – you don’t want your skin cut open, sucked dry of nutrients and pumped full of toxins, but that’s exactly what billions of people around the world do to soil every single day.

Traditional agriculture has failed us, Archuleta explains, because it’s based on reductionist thinking, or single-effect control. We see the fallout everywhere, from the scarce arable land and emaciated crop yields to the increased suicide rates of American farmers (now at an all-time high and at a greater percentage than any other industry in the country). But if we start thinking in a quantum, holistic way, we can stop the destructive cycles. To do that, we need to understand how science, social constructs, and spirituality merge to create a natural planetary wellness.

“We [humans] are part of the Creation, not separate from it,” Archuleta says. “But we don’t appreciate it… People want to isolate things… Economists love to do everything without ecology. Ecologists want to take humans out. They’re both flawed. The overarching principle is collaboration.”

It sounds simple, but the idea is hard for most to accept. “A lot of people don’t have it right,” Ray notes. “But how do you bring out those producers who are stuck in that matrix? The government, and by extension the social community, pushed farmers down this route [of harmful practices]. They need to change the way they think. When I’m teaching, I’ve got five minutes to destroy your pre-set concepts and paradigms about farming. Once I destroy everything you think you know, then I can build you up. I have to teach you, change this whole thing by one heart, one mind at a time. That’s how you create change. It’s a revolution.”

Here’s the truth as we know it: The government has provided crop insurance to farmers since the 1930s, particularly to those growing staples such as corn or soybeans. Because farmers receive significant federal subsidies if they grow these crops, they will continue producing only those vegetables even if they experience a bad harvest season. Our taxes pay their insurance on failed yields.

Additionally, the government has encouraged and subsidized farmers to use various pesticides and herbicides since the 1940s, when chemical warfare testing resulted in profitable crop booms. Today’s farmers still get hefty payouts for chemical usage because of corporate deals between pesticide manufacturers and the Department of Agriculture, though the “productive” nitrogen blooms no longer work and are poisoning our water supply through acid runoff.

Even chemical-free farmers often till the soil, a destructive aeration method which causes mass microorganism death, and keep large animals on greenhouse gas-heavy feedlots. In lieu of this, Archuleta promotes no-till agriculture and a permaculture of cover crops. He also urges ranchers to let their livestock graze within a routine corral that will spread manure around the property. If cows and sheep are kept more concentrated in the pastures and moved a few times throughout the day, they will be happier and aid in the revitalization of farmland.

As a bonus, the changeover to biomimicry will save farmers money! Ray relays the success story of Bryan O’Hara from Lebanon, Connecticut, who uses spores from the local forest floor to control his weeds and made news as the first American no-till organic farmer. Not only did O’Hara win the 2016 NOFA Organic Farmer of the Year award, he’s been able to cut his annual production costs by $100,000 using regenerative techniques.

Small steps in the right direction can accomplish a lot of good, Archuleta asserts: “There’s a bridge called microecology, where you can take the current construct and incorporate more ecology into the whole system. A farmer that’s already growing corn and soybeans, if he buys a cover crop and incorporates it by the end of the year, he’s done a huge thing. A guy that farms a thousand acres of crops for corn syrup, if he would plant corn and give it a cover crop, then pair it with no tillage, he’s done a huge thing. It’s science. His soil gets healthier, there’s more organic matter, and it just gets better and better. First things first, if I can get people just to cover the land, that would be significant. Can you imagine driving from California all the way to Maryland with the ground covered? We could reduce herbicide use by 70-80 percent.”

Anyone eager to learn Archuleta’s style of practical eco-holism can enroll in the Soil Health Academy’s program. The school charges $1275 per person – a bargain when one considers the long-term effects regenerative will have on a farmer’s budget – and they provide discounts for couples that attend together. They also work with the Kiss the Ground foundation to fund scholarships for younger students and perpetuate self-education so graduates can teach others.

“My criterion is, ‘Do you love the land and the people? Are you willing to sacrifice yourself?’” Ray asks. “The more diversity of humans we have, that just makes it more eclectic and gives more to the thought process… Gabe and I would love an infusion of donations so that we can start writing the curriculum better and make sure that it gets facilitated out in a quality that we would like. But we travel so much and consult on hundreds of thousands of acres too, so it’s not just a matter of teaching [in a classroom], but we go help other people heal their land… So it’s a two-pronged effect, teach and instruct through a hands-on consultation.”

Regardless of how somebody arrives at the Soil Health Academy or gets interested in regenerative methods, it’s imperative that they treat the process – including farmers, animals, and all parts of the Earth – with deep respect. “Think about what you’re doing, because it’s going to have cascading upper-effects or downer-effects. It takes a spiritual consciousness. My theological background has really helped me understand nature… Nature is nonlinear. She’s elegant, she’s beautiful, but she’s always changing… We’re so disrespectful to that. We’ve stopped saying, ‘I’m the problem.’ The moment you do that, you lose humility and knowledge flows away.”

His sentiment feels strikingly akin to The Lorax’s climactic message. Unless someone like you cares a whole awful lot, nothing is going to get better. It’s not.

Asking humans in the digital age to be humble is a tall order, possibly even more difficult than convincing them to break from over a century of conventional wisdom. But Archuleta remains a steadfast optimist, and perhaps humility is the greatest lesson that he and other such innovators can impart to us. Let’s marvel at our connection to Earth and do our best to protect her – because once we get that truth in our souls, that’s when the true regeneration begins.

Find more information about the Soil Health Academy and regenerative agriculture at soilhealthconsulting.com or by emailing learn@soilhealthacademy.org. 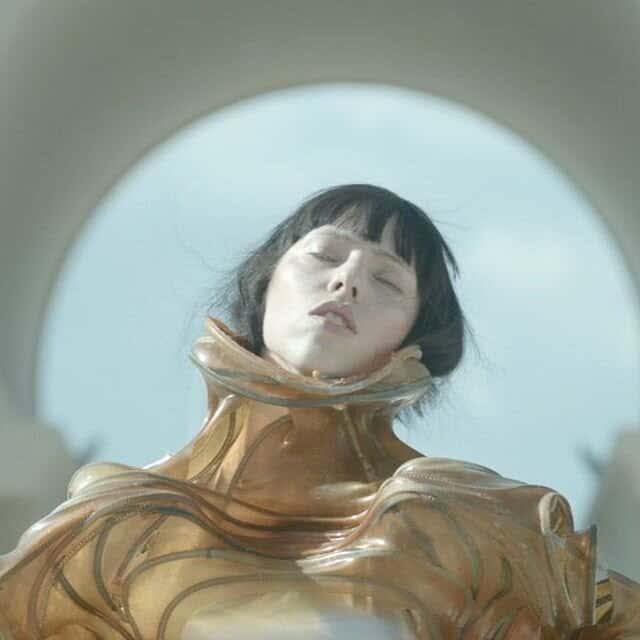 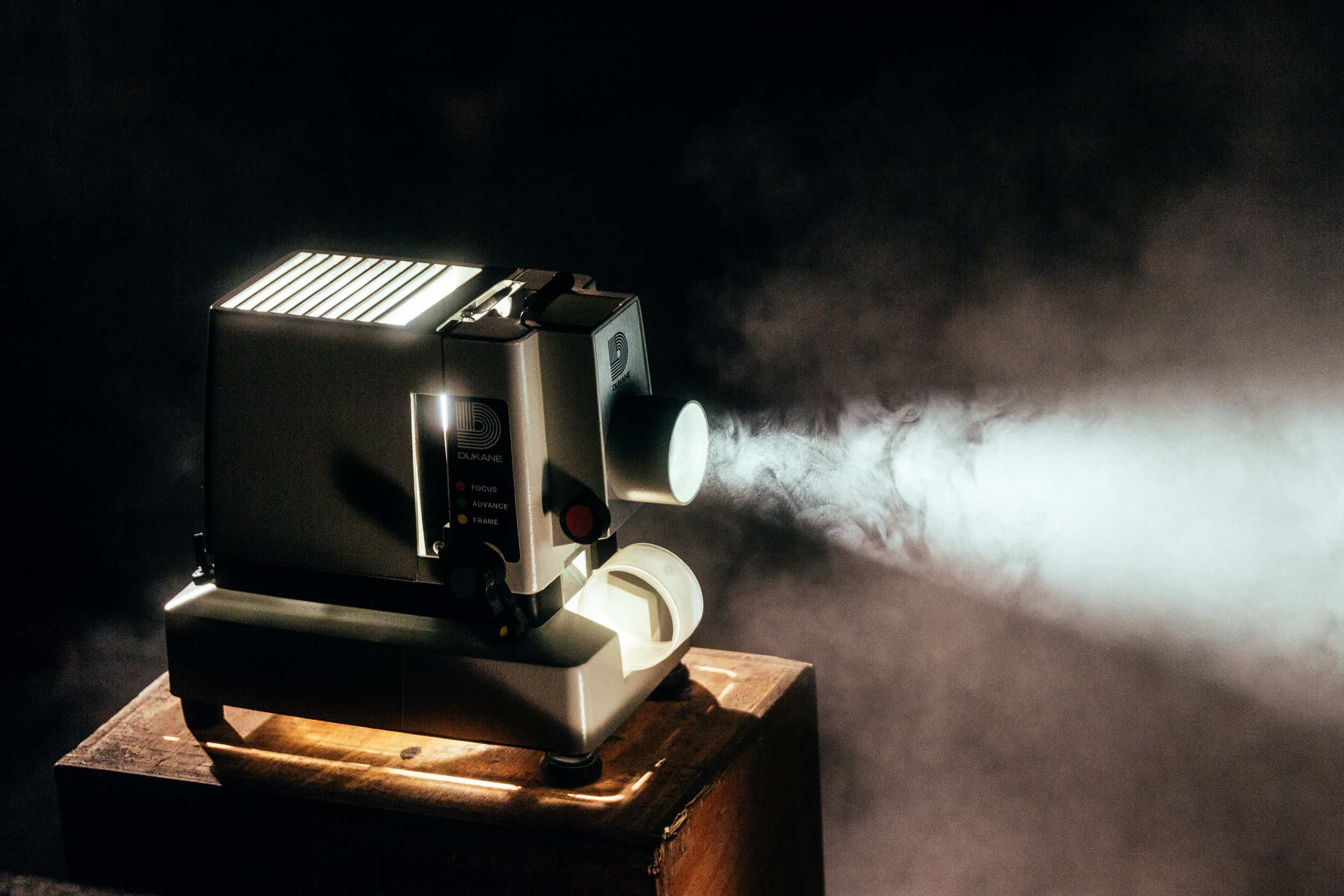