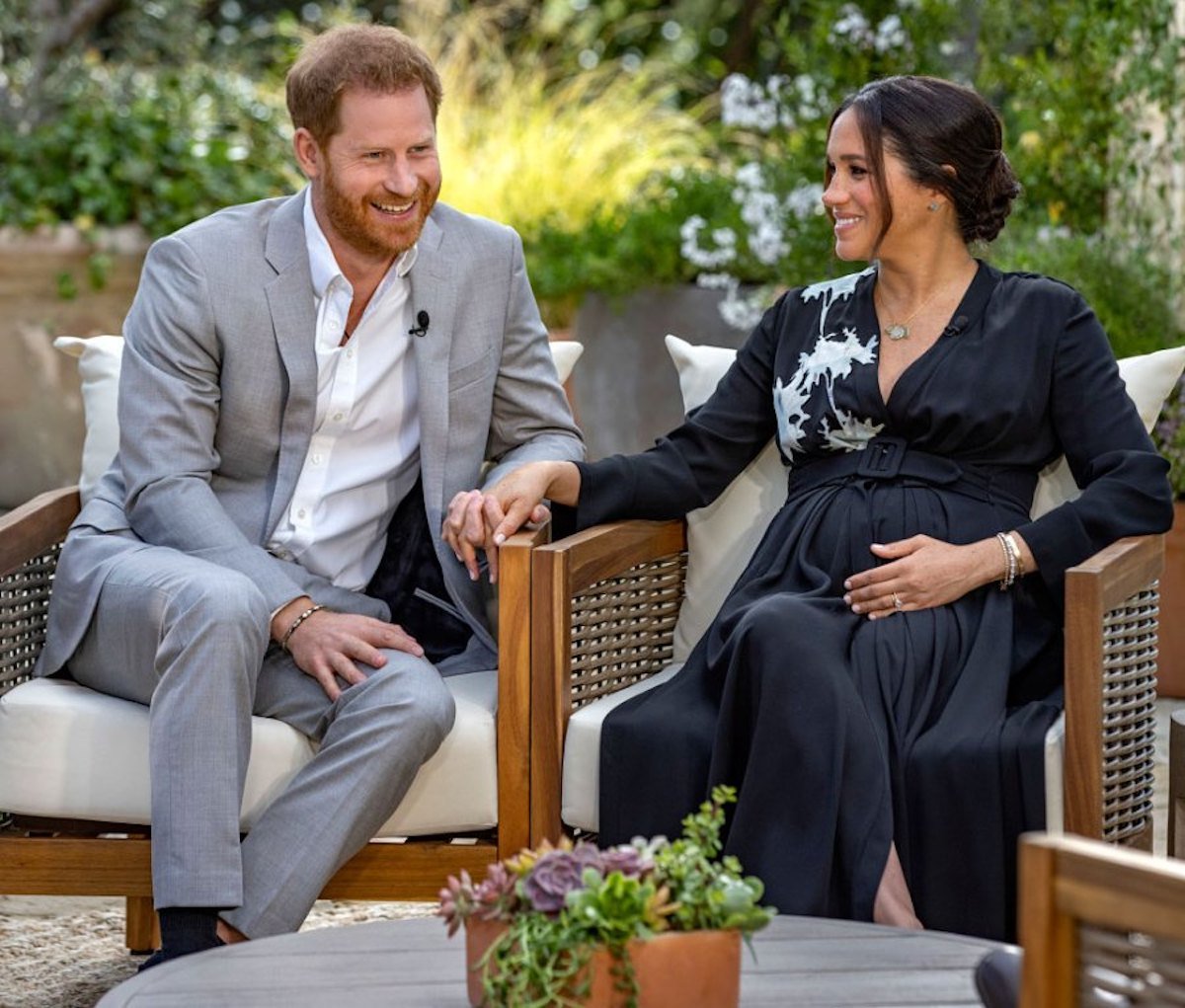 Since the airing of Meghan Markle and Prince Harry’s tell-all with Oprah Winfrey this past Sunday, several have drawn parallels between Markle and the late Princess Diana.

Both women married into the royal family had the impression that they understood what life would be like as a royal, and both excelled at the job at hand.

However, being a female public figure comes with intense scrutiny from the public–everything you do, say, wear is picked apart and criticized. Neither the Duchess of Sussex nor Princess Diana were exempt from that scrutiny, despite being loved by the globe. Additionally, Meghan Markle and Prince Harry’s claims of racism have sparked a conversation surrounding the racist history of the British Royals.

As the “people’s princess,” Diana became the first royal to whom people could relate; she wore her heart on her sleeve, letting the public know when she was unhappy. She quickly became a fashion icon, wearing casual yet stylish clothing and re-wearing her favorite outfits.

She was the first royal to pick up and hug a child with AIDS at a time when little was known about the transmission of AIDS. She took her children with her everywhere, and publicly showed them affection rather than keeping them hidden and only parading William and Harry when it came time for an event.

The Parallels Between Meghan Markle and Princess Diana

Meghan Markle may be new to being a royal, but she is just as “effortless” when it comes to her ability “to connect with people” as the late Diana.

After detaching from the royal family, both women sat down for a tell-all where no topic was off-limits: including Diana’s eating disorder, Markle’s thoughts of suicide, and more.

In the tell-all Prince Harry mentioned, “it all changed after the Australia tour,” where the royal family got a firsthand look at Markle’s ability to connect with others.

In the same vein, Princess Diana was beloved in Australia, and she revealed in her interview with Bashir that the love from Australians caused “a great deal of complicated situations” to arise in her marriage.

The process of their integration into the royal family was much darker than they anticipated. Both women revealed depression and loneliness were among the dark thoughts plaguing them, and when they brought those situations to attention, they were met with hostility and isolation.

From their interviews, it’s apparent that Diana and Meghan Markle endured similar struggles.

Meghan Markle: Being Royal as a Person of Color

Diana and Meghan Markle differ in two significant ways: one, Meghan married Prince Harry after establishing a career for herself, whereas Diana married Charles at nineteen, and two, Markle is a biracial American.

When it was first announced that Markle would be marrying into the royal family, some Brits were turned off by the idea that she was American, and wondered how she might take on the role of British royalty as an American celebrity.

While white Britons may not feel as connected to Markle as they did with Princess Diana, British people of color related to her based on their shared experience of racism.

Racist and Sexist Critiques of Meghan Markle in the Media

Being in the public eye as a woman already comes with criticism: from her wearing trousers in public one day, to being considered “vulgar” for wearing a one-shoulder dress, Markle faces the typical, sexist scrutiny any woman in the spotlight might face.

However, unlike a typical celebrity, the harsh tabloids often had racist undertones. White supremacists espoused “blue blood” and “royal purity” when speaking about Markle. Others compared Meghan’s background with that of Kate Middleton’s, claiming that Kate Middleton is what “you’d expect a prince to marry,” whereas Meghan is not.

In 2019, Daily News published that Markle would be a “gangster royal” because of the “crime-ridden neighborhood” in which she grew up, again implying that Markle “has no business being involved with British royalty.”

Brits of color felt even more solidarity with Meghan when she stated there had been “concerns and conversations about how dark his skin might be when he was born” on the Oprah tell-all. While the details of these conversations remain unknown, what’s clear is that the racist undertones of the 19th c. British Empire have not disappeared.

The Racist History of the British Empire

The racism within the royal family should come as no surprise to anyone given the history of Britain–and thus, the family– itself.

British history can be broadly summarized in three parts: years of monarchical rule, followed by the establishment of the constitutional monarchy (where the parliament and the king technically shared power, but only the upper-class actually gained a say in government), and finally the the passing of the Representation of the People Acts of 1918 and 1928, which granted all people over 21 the right to vote.

The racist history of the UK starts with the British empire’s first efforts at establishing settlements in the “New World” in the 16th century. Later, the empire successfully established colonies in North America and the Atlantic islands; the East India Company established trading posts followed by settlements in India and other parts of Asia.

After the conquering of Hong Kong in 1842, “the sun never set on the British Empire.” After missing the deadline to return the Chagos Islands to Mauritius, and refusing to recognize their sovereignty, some, including economist Peter Hammond, argue that the sun still never sets on the British empire.

The British Empire and the History of Slavery

Moreover, Britain was vital in establishing and maintaining the North Atlantic Slave Trade. While the slave trade was abolished in 1807, Britain is estimated to have displaced over three million Africans. However, their time subjugating Africans were nowhere near over: slavery itself wasn’t abolished until 1833.

The same act that freed 800,000 slaves gave monetary compensation to slave owners for the loss of their “property” and required former freed-slaves to provide over forty hours of unpaid labor to their former owners.

This history took place in the early days of the constitutional monarchy, a time when upper-class Brits and the royal family basically led the country. By the end of Queen Victoria’s rule in 1901, 25% of the world’s population was under British colonial rule.

The impacts of this history are still visible today.

A “New” Britain: The Commonwealth

In 1926, the Commonwealth was formalized, and the modern-day Commonwealth was officially formed in 1949. This being said, we cannot ignore the fact that the “Commonwealth” is founded on the basis of the same centuries-old white empire.

As former African and Asian colonies were revolutionizing against colonial rule, the Commonwealth continued to expand, promoting, “development, democracy and peace.”

This, however, sounds like a fancy, undercover version of neocolonialism.

The idea of “development” promotes the linear and binary belief that all countries endure a universal progression to reach the status of a “developed” country.

It is western countries who control the definition of terms like “developed.” It is also western nations who ignore their continued exploitation of the global south for cheap labor and raw materials, and perpetuate the superiority of the west.

Is the Commonwealth Just “Empire 2.0”?

As Afua Hirsch from The Guardian stated, there’s nothing wrong with “countries [using] diplomacy to lobby in their own interests.” Where this can go wrong, however, is the ways in which the Commonwealth exploits developing nations and people of color, whether it is for cheap raw materials or cheap labor.

For example, British companies own over $1 trillion worth of key resources in Africa, but after-tax cuts for countries within the Commonwealth, Africa ends up losing 30 billion British pounds more than it receives. In the 2010s, the Windrush citizens’ children were facing threats of deportation. The Windrush citizens were “talented and motivated citizens” who had been invited to live in Britain in the 60s.

Apologies were later issued from both the former Prime Minister Theresa May, promising that anyone who arrived before 1973 and, “lived here permanently without significant periods of time away in the last 30 years have the right to remain in the UK…”

Although modern-day Britain does not control or actively oppress multiple nations around the globe, it does echo aspects from Imperial Britain: from racist application of immigration laws to the patchy enforcement of human rights standards, the Commonwealth could do more to shed its racist tendencies.

Prince Philip and the Casual Racism of the Royals

Nevertheless, the royal family continues to go on “tours” of the Commonwealth to build rapport across the Empire 2.0. These tours are intended to strengthen relationships between the royals and the nations they visit.

Over the years, Prince Phillip has garnered the identity of a casual racist. In the 80s, he warned British students of becoming “slitty-eyed” if they were to stay in China for too long and in 1999, he stated that an old-fashioned fuse box must have been installed “by an Indian.”

Additionally, in 2002 Prince Phillip asked Aboriginal Australians if they “still throw spears;” he told the President of Nigeria that he looked “ready for bed” while he was wearing a traditional dress to meet the Prince in 2003. These are only four examples of Prince Phillip’s racism, but his racial ignorance has been chalked up to bad jokes.

When asked to comment on the racism allegations from Meghan Markle, Prince William responds that his family is “very much not a racist family,” entirely ignoring their history.

Markle was concerned about her son, Archie, the Queen’s first mixed-race grandchild, who will not receive a title, and thus will not receive protection, revealing stories of having to choose whether to give up her security for Archie’s.

Queen Elizabeth II has refused to issue an apology on behalf of the royal family for their history in perpetuating racism for years.

Like always, the royal family remained quiet immediately following the scandal–only issuing a brief statement Tuesday that the “allegations” were being “taken very seriously,” and while “some recollections may vary… they will be addressed by the family privately.”

Their hypocrisy doesn’t go unnoticed. If Markle is being investigated for bullying, Prince Andrew damn-well better be investigated for his ties to Jeffrey Epstein, a known and convicted sex offender. As a white, inherently racist institution, the royal household should lose it’s exemption from The Equality Act of 2010–which protects people from discrimination–given not only it’s history but its current allegations of racism.

Silence in and of itself perpetuates the system of violence: when the royal family remains silent on matters that plague the globe, they are allowing these systems to continue issuing violence—physical, verbal or mental—against minorities. The tradition of remaining silent on political matters needs to end here and now. 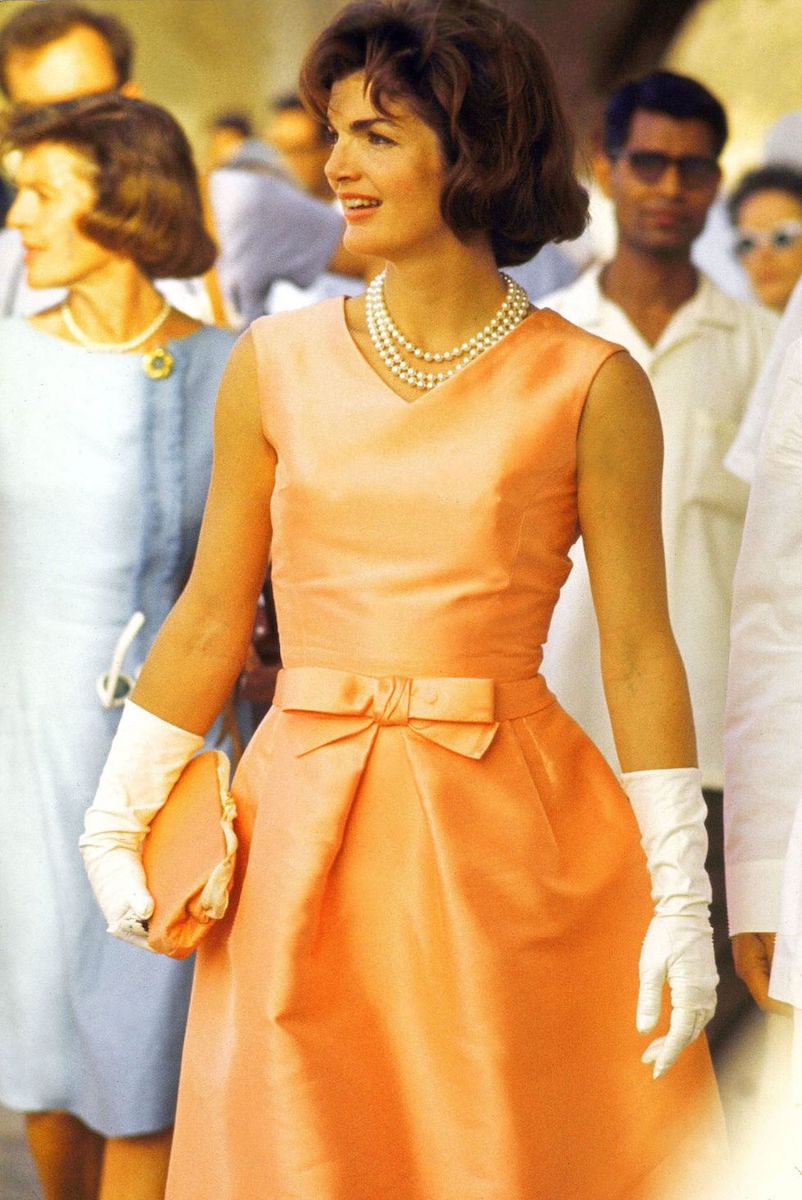 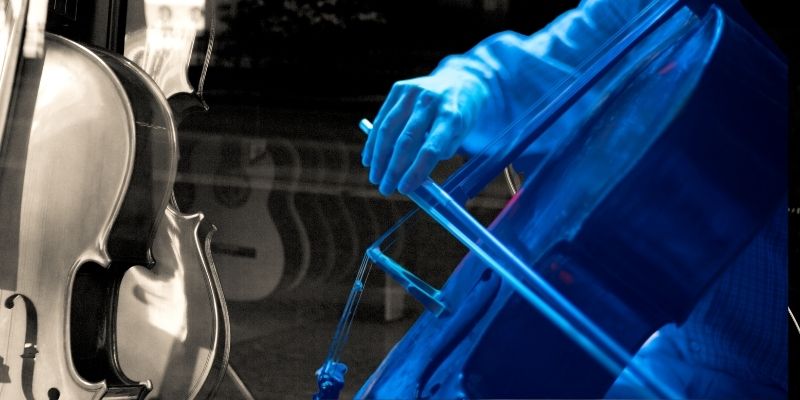