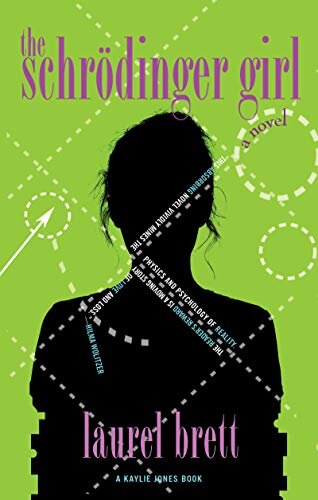 RETRO: The Four Faces of Daphne in The Schrodinger Girl

Ms. Brett has created a powerful novel that mirrors the disorienting, discombobulating essence of 2020 but which unfolds, in fact, in the late 1960s.

The year is only half over, but already 2020 has manifested a mythic, fractured, tormented, and utterly exhausting panorama. America is shattered by political divisions that reek of Civil War attitudes; there’s a worldwide pandemic still far from over; economic collapse has afflicted millions; and from Hollywood to Broadway, even the nation’s dream-weavers are literally out of business.

Of course, there are also these two-word distress signals to consider: George Floyd. Breonna Taylor. Elijah McClain.  Doubtless, 2020 will forever be defined by a three-word clarion call: Black Lives Matter.  If anyone ever manages to write an important novel about this year, it’ll be the ultimate work of surrealism – provided that it’s written as realistically as possible. How’s that for a paradox?

Author Laurel Brett and her debut novel, The Schrodinger Girl, invite readers in 2020 to ponder the nature of paradox in detail. At the same time, Ms. Brett has created a powerful novel that mirrors the disorienting, discombobulating essence of 2020 but which unfolds, in fact, in the late 1960s. As such, we are reminded that 1968 was a tipping point as wildly unsettling as 2020 has been (thus far).

As a title, The Schrodinger Girl alludes to the 1935 thought experiment conducted by Austrian physicist Erwin Schrodinger; it was an experiment he undertook when exchanging ideas with Albert Einstein in regard to varied interpretations of quantum physics as applied to so-called everyday objects. Schrodinger posited a hypothetical cat that in theory, could be both alive and dead – a state Schrodinger defined as “quantum superposition,” as the inevitable end result of a certain random subatomic event, which may or may not have occurred, by the way.

However, no need for training in math or physics is required to appreciate Ms. Brett’s narrative.

What is worthy of appreciation, perhaps most of all, is how effectively Laurel Brett has a male narrator telling this tale in the first-person singular.  Garrett Adams is his name, and as a man in his mid-30s at the end of the 1960s, Garrett Adams feels disconnected and out of touch with the protest, tumult, and revolutionary energies of the late 1960s. He yearns for the “neatness” of his 1950s boyhood.

It’s important to recall that one of the most popular buttons, posters, and slogans of the 1968 zeitgeist was “Don’t Trust Anyone Over 30.” That zinger was created for middle-of-the-road types like Garrett Adams, who even on the cusp of 1970 has yet to make up his mind about America’s war in Vietnam.

Fast on his way to a premature mid-life crisis, Garrett Adams (who is a behavioral psychology professor forever flummoxed by his tedious experiments with rats) plunges into a new life-phase after meeting a mysterious 16-year-old girl at a Columbus Circle bookstore in New York City. Fear not! There is no hackneyed story here about an older man finding renewal and multiple orgasms with a teenage female. Instead, a unique and gradually mesmerizing story evolves without carnal cliches.

Daphne, the young woman who Garrett Adams first engages in bookstore conversation, gradually introduces him to varied aspects of her own generation’s sound and fury. She brings everything from Vietnam War protest strategies and Black Power rhetoric to his attention, as well as innumerable and always apropos quotations from the best lyrics by Bob Dylan and also the Beatles. She is the late 1960s incarnate.  And yet, she’s more.  Much more, as it turns out.

Throughout the novel, Daphne appears and reappears here, there, and everywhere because she exists in four separate versions of herself. Time after time, Garrett encounters a different Daphne in a specific milieu: There is anti war protester Daphne; and then there is art student Daphne; a drug-plagued dropout iteration of Daphne is also footloose; and questions abound for Garrett Adams. Is she a con-artist? Is this a put-on? Or does Daphne simultaneously exist in parallel universes? Questions abound.

And all the questions circle around the nature and paradox of reality. The issue of Time. The basic assumption that she is merely a case of Multiple Personality Disorder won’t do. Neither will spoilers. You’ll have to read the novel to experience the deftness of Laurel Brett’s narrative control and also the uncanny ways in which she re-creates different aspects of that fervid era by presenting Daphne as the walking-talking embodiment of the contradictions (light and dark) of that dizzying epoch.

Indeed, it’s no accident that narrator Garrett Adams nicknames her “the Schrodinger girl.”  Here is a sample of this unique novel’s compelling tone.  Shortly after their initial encounter, readers are told:

All I could think about for two weeks was the Schrodinger girl standing in the bookstore in her yellow rain slicker holding aloft the book with the two cats on the cover. Would she come or not? Would I see her again? She was every student I wanted to influence, every young person I wanted to bring under the umbrella of some kind of wisdom.

Our fates had been entangled by chance.

I prepared for our meeting just as I prepared for my classes. I took my notes at a desk in my small house. I could sit at the desk and oversee the garden that was filled with very early spring blooms – snowdrops, crocuses, and the earliest daffodils. Just last week looking out the same window I had noticed that the ground was barren. Nature is always in flux, I thought. I usually didn’t make much of spring flowers, but there they were. And then I concentrated on the ideas I’d bring along to my lunch with Daphne.

You can trust that narrator to give you a guided tour of America’s mayhem and distress in the late 1960s, while The Schrodinger Girl also shines a light on the maelstrom of 2020 and its discontents.

Laurel Brett has created a novel that is time-specific, yet timely – and timeless. Yes, it’s that good. 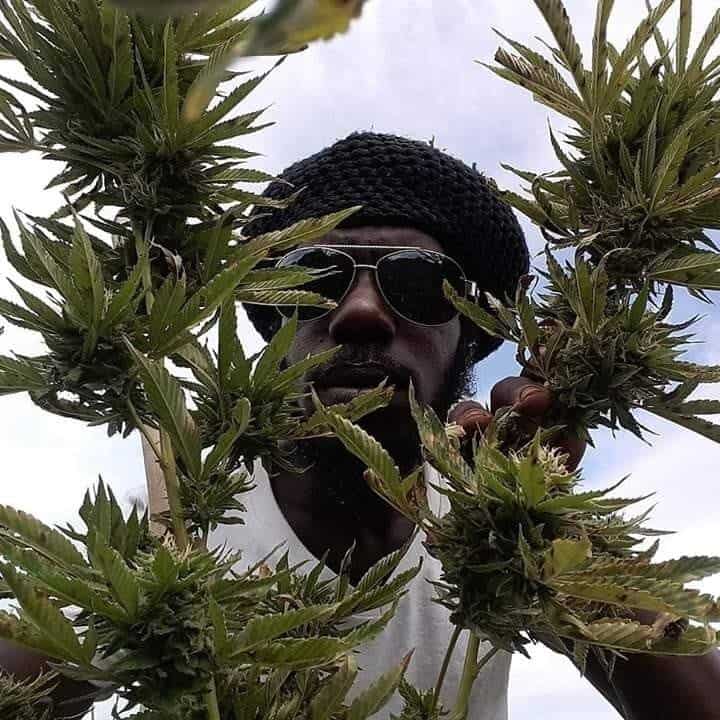 On Finding Peace and Healing Trauma Through Psychedelics 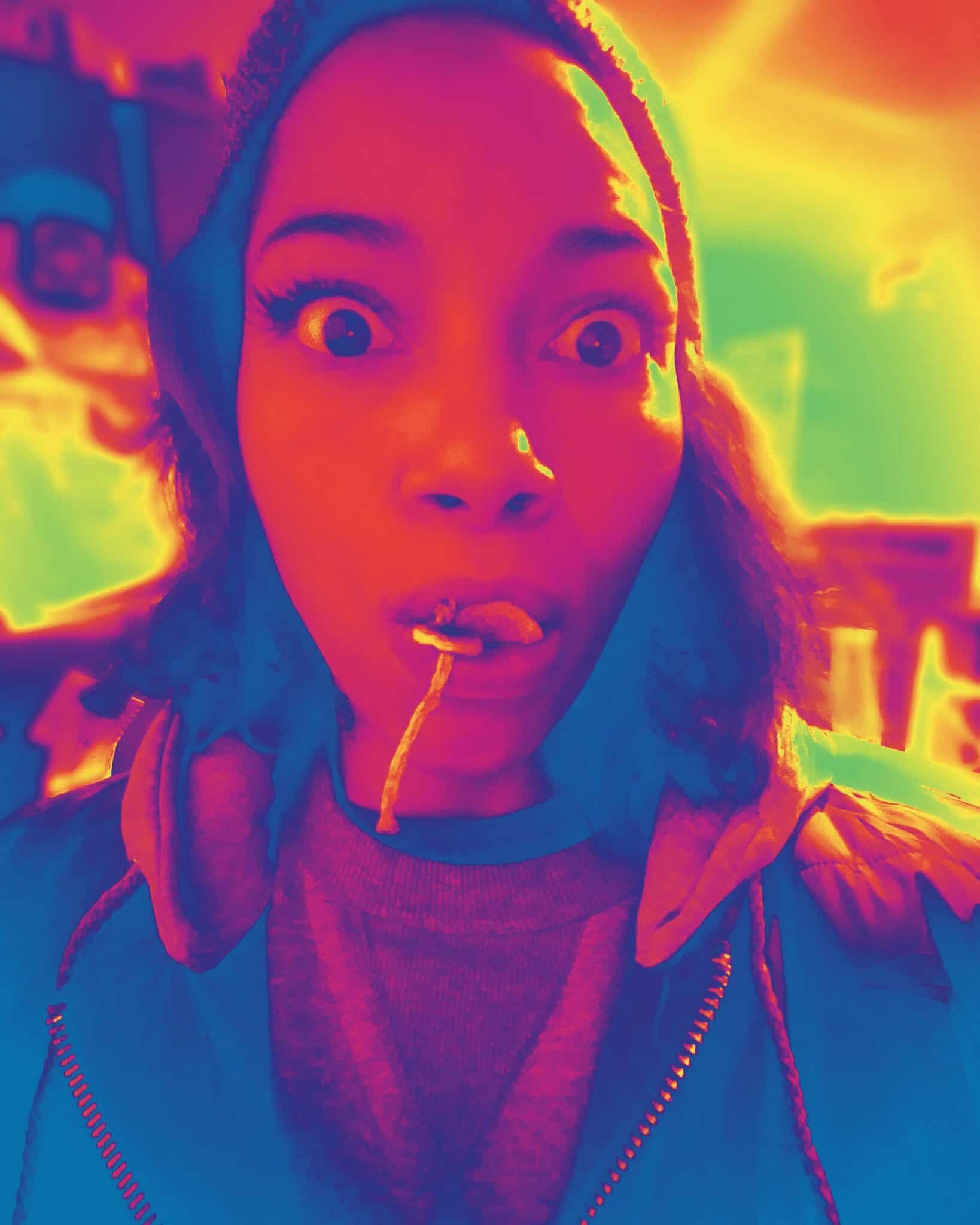