‘Take Me to the River’ is a feature documentary celebrating the inter-generational and interracial musical influence of Memphis during the time of pervasive discrimination and segregation. The film brings multiple generations of award-winning Memphis and Mississippi Delta musicians together, following them through the creative process of recording a historic new album. The film is narrated by Terrence Howard, and features soul music greats including William Bell, Mavis Staples, Otis Redding and Bobby “Blue” Bland along with rappers Snoop Dogg, Yo Gotti, and child prodigy Lil P-Nut.

Snoop Dogg told Entertainment Weekly, “I cried when I watched it.” 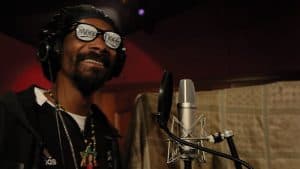 Snoop DoggHighlights in this music doc include “Blue” Bland sharing his expertise with an amazing child rapper called Lil P-Nut. In discussing the music doc, Snoop Dogg told Entertainment Weekly, “P-Nut is a cold playa. I like him. He’s a fly young man.” And indeed he is. The kid will charm you.

Watch the Trailer for ‘Take Me to the River’

Since 1995, Dwayne Carter, better known to the world as rapper Lil Wayne, has become the definition of growth.

The newly-implemented system of ranked-choice voting means that New Yorkers won't find out who the true mayoral front-runner is until weeks after the ballots have been cast.