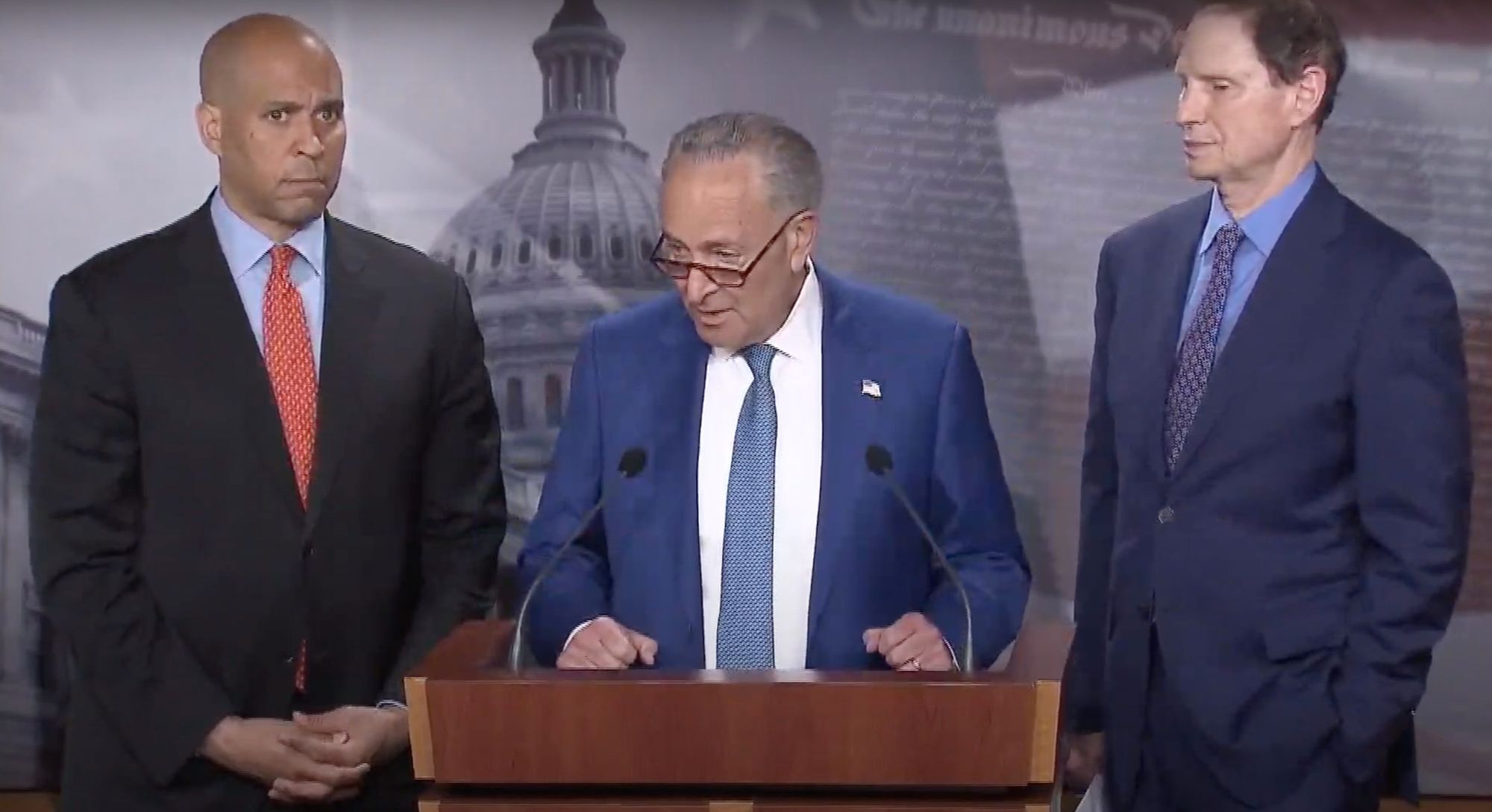 For the first time in history, a United States Senate Majority Leader is calling for an end to Prohibition in America. On Wednesday July 14, Chuck Schumer (D-NY), along with Senators Cory Booker (D-NJ) and Ron Wyden (D-OR), announced a plan to decriminalize cannabis at the federal level. Called the Cannabis Administration and Opportunity Act (CAOA), this legislation aims to take the plant off the Controlled Substances Act, introduce tax regulations on cannabis products, and ease restrictive policies that have disproportionately impacted communities of color.

“This is monumental. At long last we are taking steps in the Senate to right the wrongs of the failed War on Drugs,” Schumer declared in a public statement as he, Booker, and Wyden unveiled the bill. “70 percent of Americans support [federal legalization]… And now for justice and freedom, it makes imminent, eminent sense to legalize marijuana.”

37 states and the District of Columbia have legalized medical cannabis, with 18 also legalizing adult-use or recreational cannabis. However, the plant is still considered illegal under federal law.

“There is an urgency to this, because people all over the country are seeing their lives destroyed,” Booker said to NBC’s Gabe Gutierrez.

The New Jersey senator has long been a proponent of legislation to address the worst consequences of prohibition, which include restorative justice for over 40,000 people imprisoned on cannabis-related charges and social equity plans to create opportunities for BIPOC communities to benefit from the booming industry. With the CAOA, the federal government can finally take the helm on these issues.

“Communities of color have paid such an awful price for the historic over-criminalization of marijuana,” Schumer stated. “We want to make sure the money goes back to them and… the biggest, strongest banker [doesn’t get] to come in and swoop it up… We also believe very much in the expungement of records, because [people shouldn’t] have to live… with a criminal record for the rest of their lives.”

To those points, the CAOA seeks to create grant programs that would establish wider-ranging opportunities for those harmed by the War on Drugs. Most notable is the Community Reinvestment Grant Program which will fund nonprofits that provide services to adversely impacted individuals, such as job training and reentry services.

For those who aren’t excited by what cannabis legalization can do for Black and brown, Wyden advised thinking about the green. Oregon legalized adult-use in 2014, he noted, and in the years since, “what we have seen in actual facts is we’ve generated six times the predicted revenue” from engaging and supporting the cannabis industry.

Several proposals in the CAOA’s entire draft, released July 14, intend to transform the national approach to cannabis. First and foremost, it would remove cannabis from the Controlled Substances Act and direct that a new definition for “cannabis” be established under the Federal Food Drug and Cosmetic Act. These substantive changes would have incredible impact on the ability of cannabis companies to work with wider ancillary businesses, and to increase mainstream access to food products, dietary supplements, consumption devices like vapes, cosmetics, bath products and more.

Additionally, the CAOA would impose similar taxes on cannabis products to those currently enacted on alcohol and tobacco. Under the bill, primary jurisdiction for cannabis regulation would transfer from the Drug Enforcement Agency to the Food and Drug Administration. This change means that the FDA would be responsible for regulating all manufacturing and marketing standards of cannabis products. It also implies that heavily penalizing drug charges would no longer threaten the majority of people involved in the cannabis industry.

Another CAOA proposal calls for the Comptroller General to evaluate the states that have already legalized adult-use cannabis, to determine societal metrics that may have benefitted from these regulations. Over a period of two years, the Comptroller General would be expected to measure effects such as lowered numbers of traffic-related deaths and injuries, violent crime rates, employment statistics, and other criteria.

Schumer’s announcement has sparked optimism from cannabis industry thought leaders. “The introduction of the Schumer, Wyden, and Booker draft legislation is the first serious look at cannabis legalization for the Senate,” said Dasheeda Dawson, Cannabis Program Supervisor for the City of Portland Oregon and Chair of the Cannabis Regulators of Color Coalition (CRCC). “I am hopeful that the equity-centered policy reform and regulation led by our members at the state and local levels will continue to shape this historic bill. Across the country, we have seen the positive impact of sharing our informed insights, testimony and proposed amendments aligned with our organization’s founding principles. As active stakeholders overseeing policy and implementation in the existing cannabis industry, CRCC will continue to actively engage with the Senators’ teams, providing industry best practices and cannabis competency gained from our collective diverse experiences.”

“We are most encouraged by Booker, Wyden, and Schumer’s commitment to working with stakeholders to craft a final legalization bill for the Senate,” commented Dr. Rachel Knox, MD MBA, Chair of the Association for Cannabis Health Equity and Medicine (ACHEM). “Often missing from federal cannabis legislation are critical mention of rights and protections for patients and healthcare providers, and the institutional reform necessary to prepare students and professionals in medical fields to care for people who consume cannabis. [ACHEM] looks forward to engaging the sponsoring offices with key recommendations that promote patient protection, professional proficiency, and institutional competency and reform.”

But Schumer, Booker, and Wyden must prepare for a contentious battle in the Senate. Republicans have been generally opposed to cannabis legalization, and President Joe Biden has not yet endorsed the CAOA. Cue the Hamilton choruses of “You don’t have the votes,” because as it now stands, Democrats will need at least ten Republicans to push the bill through. Could it happen?

“We’re working on it,” Schumer said.

As the campaign for the CAOA looms large, a concurrent metamorphosis must happen among the American public if the bill is to survive. Most media coverage of the legislation’s announcement, including NBC’s “exclusive interview” with Schumer, Booker, and Wyden, continues to insert pot jokes and Reefer Madness-style concerns into the reportage. These articles and news clips worry more about cannabis products being marketed to children than about the hundreds of thousands of adults whose lives have been ruined because of inadequate access to medicine, criminal records they can’t escape, or blackballing from inter-state commerce. (Actually, some cannabis products are for children; they are medicinal oils, and they save people’s lives.)

The best thing concerned citizens can do is to educate themselves. This plant, cannabis sativa, could very well be the basis for not only the United States’ next economic revolution, but also a saving grace for its legacy of racial injustice. If history has its eyes on you, wouldn’t you like to be on the right side?

Read the full text of the current CAOA proposal here and insight into five key proposals here (courtesy of CelebStoner). To comment on the proposal and help with the public advocacy movement, check out this call to action from the National Organization for Reform of Marijuana Laws (NORML). 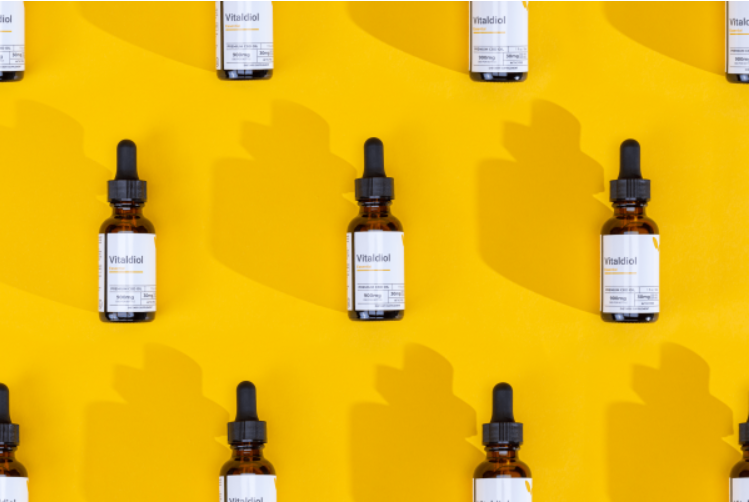 Sasha Johnson's Struggles Belong to All Black and Brown Women