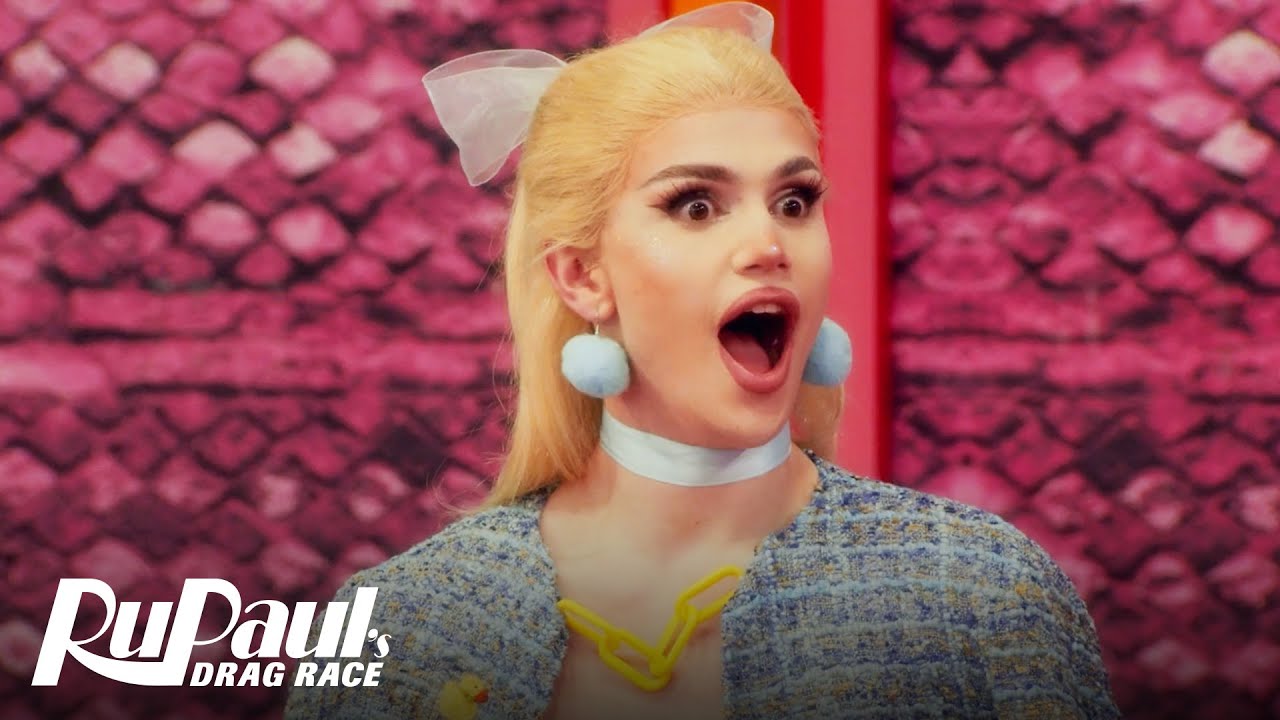 Following the supersized season premiere, the remaining queens are facing off in their first acting challenge this week. Sugar and Spice will be on opposing teams, and surprises seem to be around every corner. Racers, start your engines!

Romance Turned Rivals: Why Did Amethyst and Robin Fierce Break Up?

Back in the Werk Room, the contestants turn from reflecting on Amethyst surviving the lip sync against Irene DuBois to wondering what really happened between Amethyst and Robin Fierce.

During their introductions last episode and in Untucked, it was revealed that the two had dated for a short time, with both of them saying the romance ended amicably and Robin deflating any viewers' hopes of shipping.

This time around, there's no getting out of answering the girls' call for details. When Robin again tries to evade the question of why she and Amethyst broke up, Salina EsTitties interrupts, "Robin said you wouldn't text her back!"

"I said she's a bad texter and I am busy, bitch!" Robin clarifies as the room erupts in laughter.

"Ultimately I think we were looking for different things," Amethyst replied.

A New Day in the Sweet Queer-After

The next day, the queens enter the Werk Room refreshed with Anetra leading the way courtesy of her signature duck walk.

Princess Poppy celebrates not being the first out of the season, which combined with other hints in this episode, could be a bad sign of things to come.

Before the contestants can linger on their current state of affairs, RuPaul arrives in boy mode to share some interesting trivia: "Did you know that in the United States, three-quarters of adults believe in heaven?"

It's not leading to a philosophical question, but to the announcement of this week's maxi challenge. The queens will be working in groups to create an infomercial promoting the afterlife - or, as Ru puts it, "The Queer-After."

Sugar and Spice are instantly excited, given their popularity on TikTok landed them their spot on the show. "I know how to make a viral video," Sugar enthuses.

But it's Anetra, who won last week's maxi challenge, and Amethyst who get to pick the first two teams. Anyone left out will comprise the third team.

Anetra goes for Luxx Noir London, Sasha Colby, Salina EsTitties, and Marcia Marcia Marcia (who presumably coins the new term for Anetra stans as she's "honored to be a Duckling").

On the third team are Mistress Isabelle Brooks, Malaysia Babydoll Foxx, Jax, Robin Fierce, and Sugar. Who will prevail in this Divine-ly inspired battle?

Tensions rise on the third team, who end up dubbing themselves #TeamLeftover, when the older contestants get annoyed by Sugar's abundance of ideas.

Jax goes out of her way to send Sugar to the other end of the table, in a move that seems a little extreme since the younger queen's ideas are in line with the comedy of the challenge. Wonder if actions might come back to haunt people as well as words this episode?

It seems like karma's a bitch when #TeamLeftover shoots their infomercial, and Sugar is the only one prepared for her role. Remember not to doubt she who declares she can make a viral video.

Anetra's group hopes to knock it out of the park. Sasha Colby as God is a natural choice, but the edit makes us all worried for her.

On Team Amethyst, Loosey Laduca takes the role in a Dolly Parton vibe, and she is definitely hitting a high note. Too bad her fellow castmembers aren't in harmony.

Michelle Visage's reaction pretty much sums up how the overall rehearsal-to-shoot process goes:

Trust Drag Race to still give you the feels in an episode packed with mood whiplash. As the queens prepare in the Werk Room, Malaysia and Mistress talk to their teammates about being older people in the drag scene and experiencing discrimination from mainstream America.

"The greatest part about this whole experience is that, you know, we get to gain a whole new family," Malaysia says.

"Meeting my drag family allowed me to have people around me who I genuinely felt like I mattered to, and who saw me for who I was and did not judge me," Mistress adds. "It sounds so cheesy, but drag is my entire life."

Getting ready for the Runway, Mama Ru welcomes the episode's guest judges: Country singer Maren Morris, and LGBTQIA+ activist Ts Madison, who will be a rotating judge throughout the season.

Luxx lives up to her name in a gold and flame-themed ensemble. Marcia goes for a feminine version of the Tin Man, but ends up looking more like a little wind-up doll. Amethyst presents a golden, flowy number that is reminiscent of Raja's stunning outfit from All Stars 7, mostly due to the color and fabric style. It's still a bit overshadowed by her permed wig, about which RuPaul cracks a joke.

Princess Poppy goes for a futuristic look in sapphire blue that she says is a take on R2D2, although no one would know it without her commentary. Spice also goes for blue, but with a Judy Jetson inspiration and a robotic dog. Aura Mayari embraces her inner Rita Repulsa for a Power Rangers-themed moon goddess outfit—but Ru wonders if Aura's emitting a fart instead of ultimate power.

Loosey Laduca channels an intergalactic vibe also, and despite the judges' descriptions, she looks more like Jane Jetson than Judy. Jax references her namesake Jax, the metal-armed fighter in Mortal Kombat. Robin Fierce has a sleek warrior ensemble complete with shiny javelin. Mistress goes for self-described "big drag" with a puffy-sleeved gold dress and giant chains. Sugar decides to pay homage to her emotional support Bratz doll seen earlier in the episode with a pop princess space babe outfit. Malaysia serves up a somewhat Marie Antoinette style in a white gown adorned with pearls, silver and beads galore.

Upon viewing the Queer-After infomercials, Anetra's group is a hit. Sasha Colby slays—or maybe smites. (Did anyone not see that coming?) But Team Amethyst ends up only turning in a mediocre infomercial, where only Loosey Laduca shines.

#TeamLeftover creates a video that just confuses everyone. Though Robin Fierce can pull off a decent Jaida Essence Hall.

Sasha Colby, Loosey, and Luxx all place highly this week, with Sasha scoring the win.

The judges put Jax, Amethyst, and Princess Poppy in the bottom three for this week, with the latter two queen selected to lip sync for their lives.

Diana Ross's "Ain't No Mountain High Enough" is the chosen track for this lip sync, an early appearance of Ru's favorite singer this season.

Poppy turns on the camp for the song, while Amethyst revels in disco fever that somehow feels more genuine.

Eventually, it's determined that Princess Poppy will be the one to sashay away, which she does on a standout exit line: A burp. Her foul-mouthed ventriloquist puppet would be proud. In the meantime, everyone else has learned a valuable lesson about not gloating until a maxi challenge is over.

Catch next week’s episode on January 20 at 8PM ET on MTV. Stay up to date on RuPaul’s Drag Race through MTV.com and check back in with us for more episode recaps! 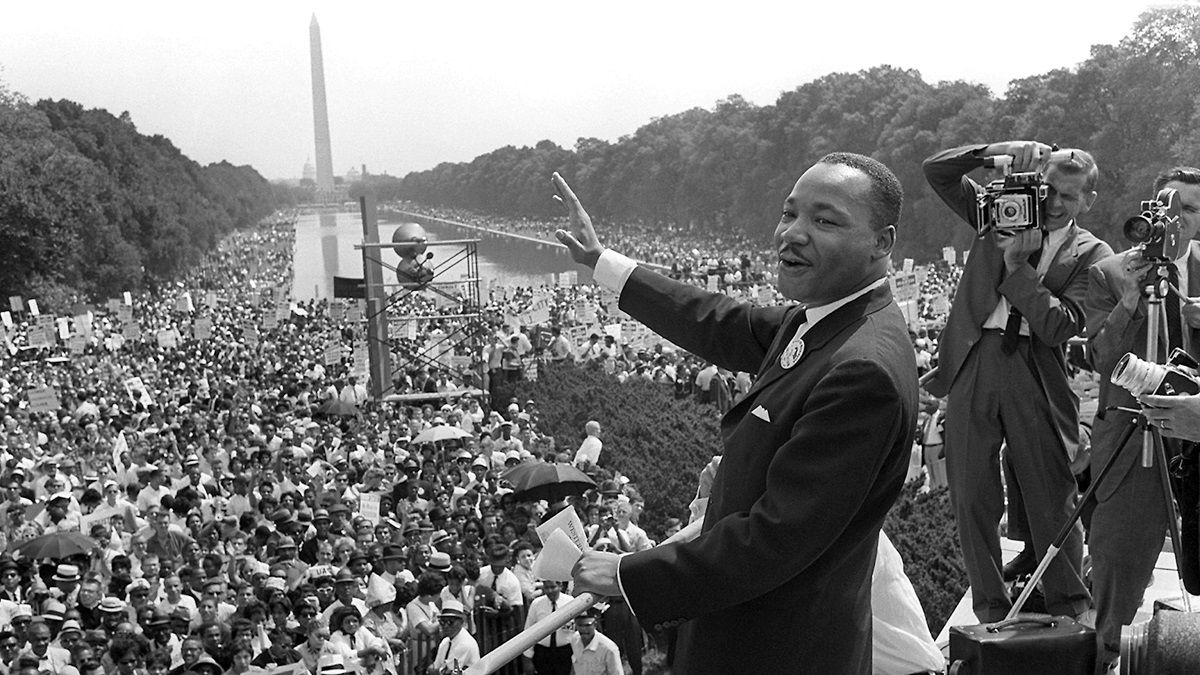 Quick guide to betting with Bitcoin at online sportsbooks 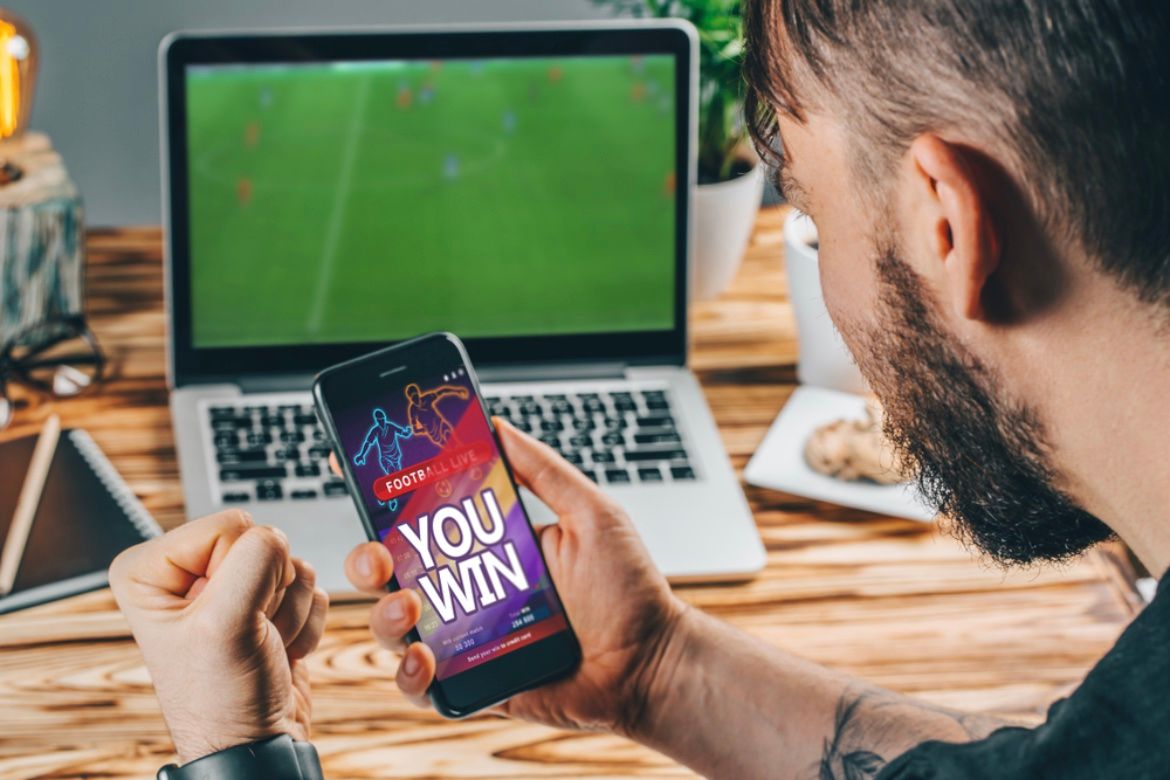