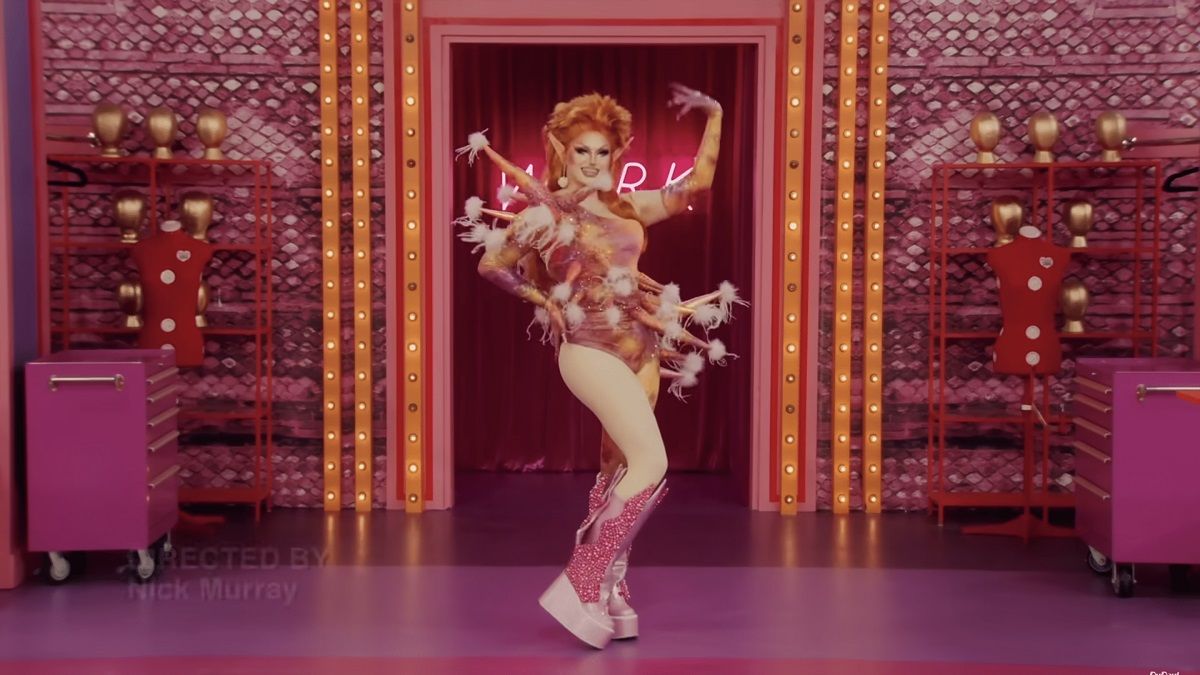 RuPaul's Drag Race has returned for Season 15! This cycle kicks off with a supersized premiere - 16 queens are competing (more contestants than any season yet), and the first two episodes air back-to-back on MTV, the series' new home. Did we mention the winner gets $200,000? That's the biggest cash prize offered for any regular season of Drag Race to date.

During the "Meet the Queens" cast promo, the Season 15 contestants have promised a lot more drama than the previous cycle. Will they keep their word? Let's find out!

One great bonus to an extra-large premiere is getting to see all the queens' first looks and Werk Room entrances in a single night. Even so, they still have to split them into groups. Our first girls of the night are:

From Seattle, Washington, this alien-inspired queen is the drag sister to Season 14's Bosco, who made it to Top 5 of her cycle. Irene's aesthetic is sci-fi to the max, with spikes and sequins giving her a groovy space vibe.

Entrance line: "Gagged them a bit, for sure."

The East Orange, New Jersey-based Luxx believes she embodies the word "superstar." And "effervescent," "diva," "flawless," and "stunning." Her entrance look is something of a futuristic Diana Ross, with a wig she claims is 40 inches of human hair - but Irene DuBois begs to differ.

Entrance line: "Do you feel that Aura? I bet you do!"

Clad in black leather, this queen from Nashville, Tennessee enters with a jolt of electricity. The Filipina goddess shows off her dance moves, adding in the confessional that she's a little bit Beyonce and a little bit Justin Bieber due to her swagger.

Taking her name from the iconic Brady Bunch character, the New York City queen with a bit of 70s preppy chic enters sporting a bandage on her nose, nodding to the classic episode where Marcia got hit with a football. Will her Broadway background help her in this fierce competition?

Las Vegas-based Anetra came to slay with a yellow-and-black ensemble topped with a spiky yellow headpiece.

The first queen from Miami to compete on Drag Race, Malaysia Babydoll Foxx gives a playful reference to her name, with a red-orange ensemble and a fox-eared wig.

She may be a princess, but she looks more like Galinda from Wicked in a white tutu with matching fascinator.

A living legend, Sasha Colby's name has been heard around drag communities for years. She's the drag mother of Season 14's Kerry Colby (otherwise known as "Tranos"), and she leaves everyone gagged with her stunning look, which seems to take its cue from nymphs and temple goddesses.

When it seems things are at a fever pitch, guest judge Ariana Grande arrives. But it's not just any Ariana—she's dressed as Ornacia, the infamous mannequin head perched atop Season 6 contestant Vivacious's entrance look.

"Mother has arrived!" the singer announces. "I think drag is the most joyous and infectious art form that there is. Thank you guys for bringing so much joy to the lives of the Drag Race fans and to everyone."

"And thank you for giving us 'Break Free,'" Luxx responds, to the whole room's laughter.

Once out of drag, Irene and Luxx continue their debate from their introduction. Things are already getting shady as Irene insists Luxx's wig cannot be 40 inches, to which Luxx huffs, "Get a ruler, girl!" The so-called "40-inch-gate" seems to endure throughout the episode, coming to somewhat of a halt when Irene pulls out one of her 40-inch wigs to measure it against Luxx's.

When Irene's appears to be a little longer, Luxx can't resist getting the last word in, saying that while hers might be a bit shorter, at least it's not "withered at the end."

Entrance line: "Is this the meeting for the itty bitty EsTitties committee? 'Cause they're here!"

Miss EsTitties has got it going on from the silly entrance line to the fun outfit. EsTittes represented her LatinX and LA roots with a tattooed chest and a long kaki skirt paired with a colorful mesh jacket. She brought a fem vibe to a masc aesthetic—which we love.

Entrance line: "Is this thing on?"

Her name is Jax, J-A-X, and don't forget it! This queen is also from Connecticut. She took on a jock look with a letterman jacket and sneaker-inspired heels. We love a good ole school-kid aesthetic—the nostalgia is riveting.

Entrance line: "Oh Loosey, you've got some slaying to do! Oh!"

Move out of the way for miss Loosey and her big lucious hair. And guess where she's from—Connecticut. Unlike her CT counterparts she has years of experience under her belt. She got to werk in her blue and pink dress and matching boot.

Grabbing the spotlight in a burlesque-style number - and what will surely be memetic kitten heels—the Houston, Texas-based Mistress Isabelle Brooks is here to "become the heavyweight champion" of Drag Race. Her drag is classic, standing out among the more modern looks of the other girls. But how will it measure up?

Entrance line: "Mirror mirror on the wall, who's the fiercest queen of them all?"

Oh look we have yet another CT Queen, but she's Fierce. Miss Fierce made her entrance in a brown leather top and pant with tan garter belts and harness detailing—so chic.

As the first twins ever to be on Drag Race Sugar and Spice have always performed together. But this time it appears the Los Angeles double act will go head to head in the mammoth competition.

Were it not for their commitment to certain aesthetics—Sugar is wearing white, while Spice dons red and black—it would be difficult to tell them apart. Of course, they admit they don't exactly "perform"... so this is about to get very interesting.

Battle of the Exes?

As the second group of queens completes their introductions, Amethyst and Robin admit they know each other a bit more intimately than most contestants. They used to date!

While Amethyst reveals the connection, Robin demurs from spilling details and begs fans not to ship them together.

Just when you thought it couldn't get any crazier, another Vivacious shows up, Ornacia included. This time, however, it's the real Vivacious! Hopefully she and Ariana took twinning selfies.

For their mini challenge, the contestants are asked to pose with the studly members of the Pit Crew, while water sprays around them.

Memorable moments include Anetra getting a face full of water and losing an eyelash, and Spice's notorious shower cap. Although RuPaul asked for "hair-ography" in the shoot, the young queen decided to take off her wig and do the shoot in a comically large red shower cap instead.

And now the main event, the episode's maxi challenge. Mama Ru makes her grand entrance, greeting judges Michelle Visage and Ross Matthews along with Ariana Grande. Congratulations to Ross, who recently got married!

The Season 15 cast opens the proceedings with a lavishly choreographed musical number, that goes incredibly smoothly for the short time the queens had to prepare it (and for the amount of stress leading up to the performance). Then it's onto a talent show, where plenty of Charisma, Uniqueness, Nerve and Talent is served up.

Though 16 displays of talent is a lot, there are some major highlights:

Anetra kills a musical number with her catchy duck walk and karate kicks.

Luxx pays homage to Drag Race icon Shea Coulee with her sparkly nude illusion and proves she can hold her own with singing and dancing.

Aura brings K-pop realness to the stage in another series milestone by lip syncing a Blackpink song, "Kill This Love."

Princess Poppy shows off her ventriloquist skills. Jax skips rope with her own braids. Robin Fierce lives up to her name with on-point choreography.

The runway theme is "Signature Drag," and everyone's gunning for the top spot. Sasha Colby seems to be Queen of the Night. Princess Poppy's candy-colored creation looks good enough to eat. Marcia takes preppy into stylishly campy, and Ariana Grande votes up the "blue balls" on her outfit. Loosey's bodycon stewardess ensemble hits the heights. Sugar and Spice each reference Disney princesses, Belle and Ariel respectively, in their "cartoon but make it fashion" looks. Salina goes full hip hop queen in her pantsuit.

Anetra, Marcia, and Jax are announced as the top three for this episode, with Anetra the clear winner of the maxi challenge. But as for the rest of the girls, it's as Ru says. "Somebody needs to go home."

Finally, the judges determine that Irene DuBois and Amethyst are in the bottom. They will need to lip sync to Ariana Grande's "7 Rings." Amethyst gives it all she's got, and so ultimately it's Irene who is eliminated in the premiere episode.

Catch next week’s episode on January 13 at 8PM ET on MTV. Stay up to date on RuPaul’s Drag Race through MTV.com and check back in with us for more episode recaps!

What It Means to Be Human: Multimedia Platform Music Got Your Back from David Bluefield Redefines the Importance of Music 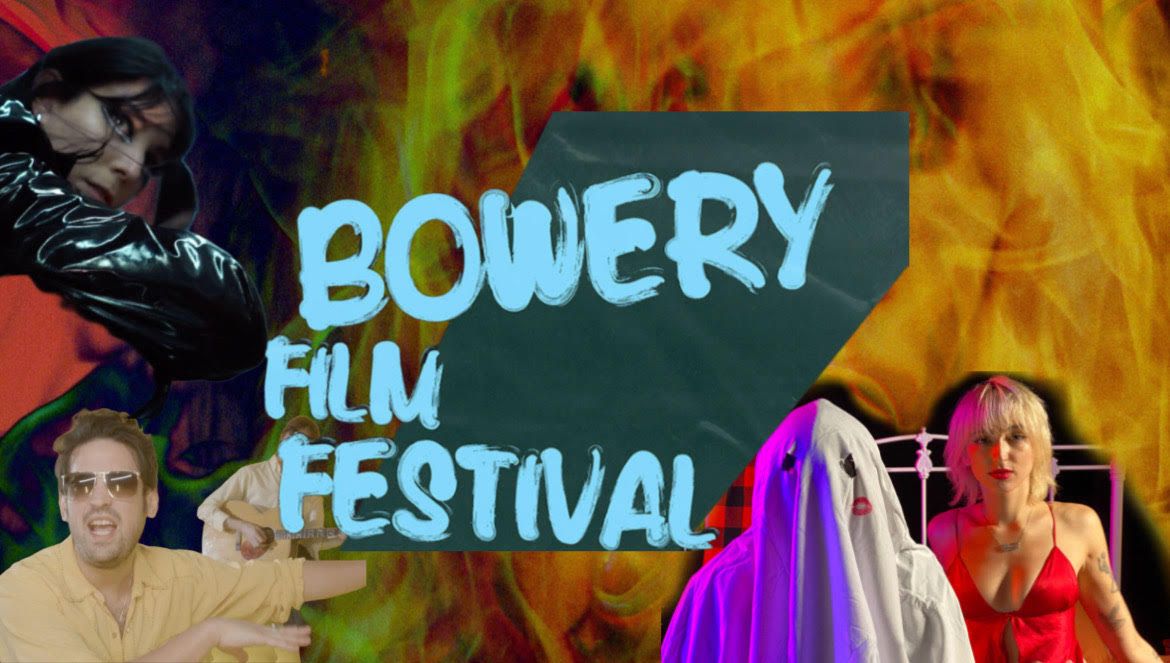