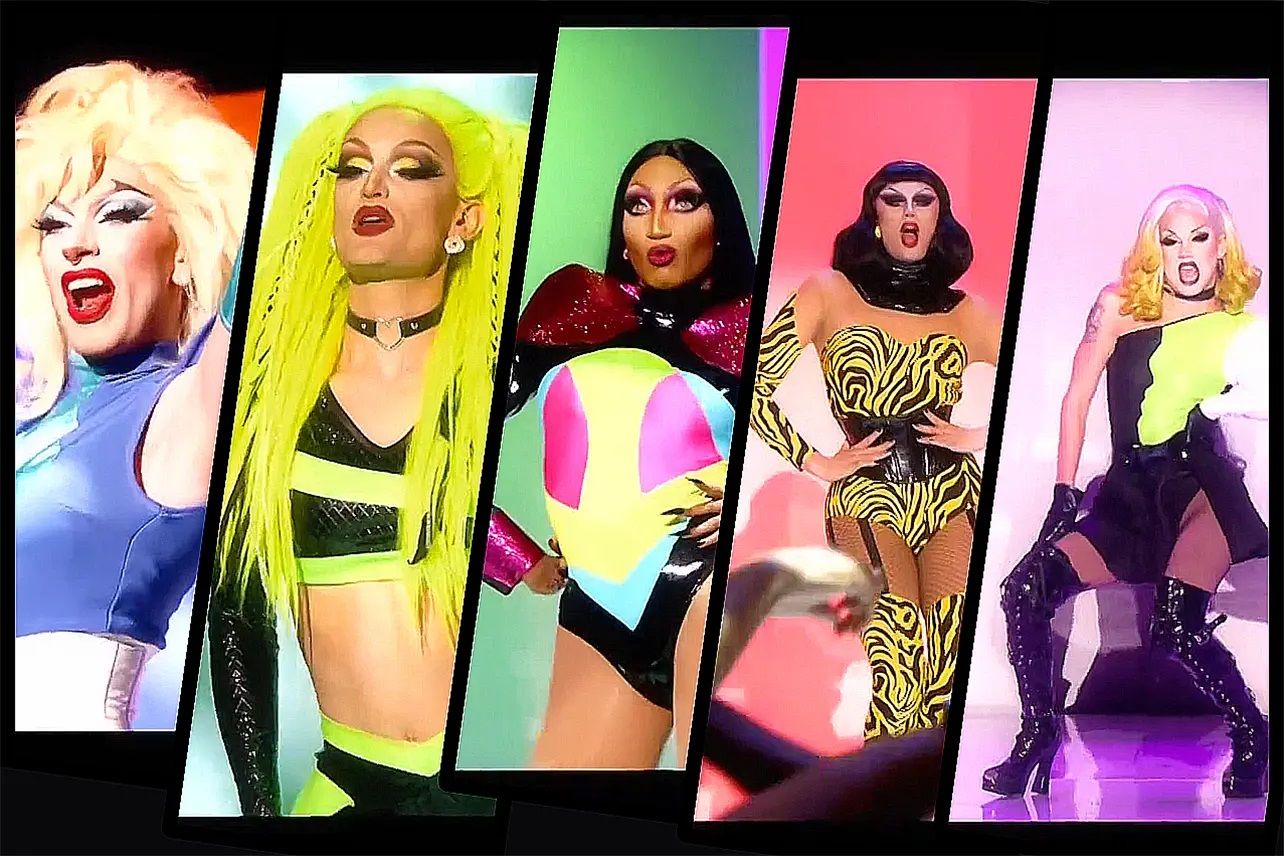 RuPaul crowns America's Next Drag Superstar in an epic Las Vegas drag revue show. Which of the Final Five will win?

After a season of twists, turns, and chocolate, the Grand Finale of RuPaul's Drag Race Season 14 is finally here! Live from the Flamingo Las Vegas, Mama Ru and the Final Five are putting on a show. Who will win the crown and title of America's Next Drag Superstar?

Opening with a final runway for a live audience, the category is "Viva Drag Vegas." The queens walk the runway in order of their eliminations. June Jambalaya kicks things off in a flowing sequin-and-nude-illusion number. Alyssa Hunter follows in feathers and fierceness. Shaking her fan, she makes it rain in a more successful reference to the failed money gun prop that sent her home in Episode 4.

"The Snack" is back as Kornbread "The Snack" Jete appears in a Beauty and the Beast mashup. Nicknaming herself "Bestiana Rose," she wears Belle's yellow gown and carries a giant rose while her face mimics the Beast's animalistic look. Orion Story has a beastly aspect of her own, but for her ensemble it's all pink fluffiness and loud patterns.

Meanwhile, Maddy Morphosis goes for a classic Vegas getup in Elvis Presley-style red, white, and blue. Truly the King of queens. Kerri Colby, who's been said to be collecting trans contestants like Infinity Stones this season, runs with the memes for a full-on Thanos costume. I guess you could say this is endgame for her!

Jasmine Kennedie is a stunning pageant queen in a one-shoulder black gown and Rapunzel hair. DeJa Skye chooses an exaggerated showgirl outfit, trailing feathers from her headpiece to the ground. Jorgeous has a more modern take on showgirl chic, in a slimming silvery number with metallic fringe.

And here come the Final Five: Angeria Paris VanMichaels looks ready to blow the competition away in a nude-and-navy gown with oversized blue wings. Bosco, alternative Seattle girl that she is, goes Blue Devil instead with double the horns. Her wings are more scaly than feathery, like a dragon headed into battle, and her large horns evoke the pointy headdress from her entrance look in Episode 1. If it's possible to be a punk showgirl, Daya Betty is making it work. Her giant lavender feathers and top hat make her stand out from the pack. Lady Camden, always a clotheshorse, takes the phrase literally in her runway look - half-showgirl and half-horse pulling a fantasy carriage. Last but not least, Willow Pill comes to slay in a fiery red minidress with a deadly blade attached to one arm.

Let's Get This Party Started

Enter RuPaul with a backdrop of chocolate bars, accompanied by the Pit Crew dancers, and the crowd goes wild. Covid has impacted everyone even the drag race family.

"After two years, it feels good to be performing in front of a live audience," Mama Ru reminds everyone. "And for the first time in drag herstory, we've got ourselves a Final Five, ladies and gentlemen!"

This will be a Showgirl Showdown, she explains. Each finalist will perform a solo number inspired by her own Charisma, Uniqueness, Nerve and Talent. The two highest-scoring queens will go head-to-head in an ultimate lip sync for the crown.

A Special Announcement: It's RuPaul Day!

Suddenly lights flash red and sirens blare. April 22nd may be Earth Day, but Michelle Visage stops the show for an important announcement. By decree of the Las Vegas and Clark County government, in honor of RuPaul's dedication in making RuPaul's Drag Race Live a vital Las Vegas attraction, it is officially RuPaul Day!

Mama Ru is presented with the Key to the City. "I'm kind of triggered right now, because the last time somebody handed me a key it had white powder on the end of it," she jokes. But in seriousness, she shares her honor with the queens of Las Vegas and all around the world.

There's also an update to the prizes this season: The winner crowned America's Next Drag Superstar will receive $150,000 while the runner-up will receive $50,000. A step up from the original $100,000, a much needed increase for stars who sing, dance, sew, joke and overall entertain amazingly.

Break Out the Solo Shows

For her solo number, Angeria wears hot pink and black while the Pit Crew spells out her name in stars. Angeria wants to be remembered as the pageant girl with personality and that she is. From her maxi challenge performance Angeria's line, "Omg you ugly bitch," has become what she is most recognized for. Angeria recounts fans stopping her in the grocery store and asking to be called an "ugly bitch". With her mother and father in the audience showing support, Angeria leaves us with some advice. Confidence is key and fake it until you make it. One thing she's learned from drag is "I can do anything I put my mind to."

Bosco goes back to her original talent of burlesque (remember her first talent-show tease?). But this time she's transitioning from angel to demon, with teeth and eyeballs on her body. She also wears a moving feathered headpiece, using it to hide her face at the mention of her time in the bottom. Bosco recalls her drag race journey. From having three maxi challenges wins to committing the cardinal sin of repeating outfits.

Daya Betty undergoes her own transformation. Emerging from a spider's web as a bug, she slowly metamorphoses into another bug. Daya spills with RuPaul what she has learned from drag. It has helped her develop her own brand and sometimes you need to, "bite it in the ass and keep going." The perfect mix of a diva attitude and rockstar mindset, Daya came to slay the competition with big inspiration from women who don’t follow social norms.

Mixed with sugar and spice girl, Lady Camden keeps the "Ruveal" trend going. The mistress of quick changes, she twirls from a blue ballerina outfit into something pink and punk, not unlike her style for the LaLaPaRuZa lip sync extravaganza. Lady Camden brings tears to our eyes sharing she is the "embodiment of what Max wanted to be when he was 6." Her younger self scared to be gay and scared to be feminine, now has the greatest representation. Like the true star she is, Lady Camden weaves ballet into her choreography, showcasing her talent. The queen leaves us with sacred words, "it is one thing to be successful and everything to be yourself."

Willow Pill performs an original song about hating people. "I love a toaster. I love a bath. I hate people." Also choosing to reference her skit from Episode 1, her dancers are armed with spaghetti and toasters. Stripping away the first layer reveals Willow Pill 2 and 3 on both sides of her face, as well as number 4 on her crotch. In her spill with Mama Ru, Willow explains the extra faces are Matthew, Carson and Michelle.

The Winner of Miss Congeniality is...

Next on stage is season 13's America's next top drag superstar, Symone and Miss congeniality, Lala Ri. Symone with hair larger than life and sparky denim jeans with fringe recounts all her success stemming from RuPaul's Drag Race. From attending The Met Gala, to meeting Madonna, and being interviewed on Jimmy Kimmel Live by RuPaul.

Miss Congeniality, a title awarded to the queen who made the most impact on her fellow contestants with her kindness and personality, is no other than Kornbread "The Snack" Jete. Geared with $10,000 her thank-you speech consist of "What the fuck is wrong with y’all?" Korbread is not the only one leaving with money under her corset. Each eliminated queen is gifted $2,000 from Olay Body.

Lip Sync For The Crown

After the Showgirl Showdown, the Top Two queens are revealed: Lady Camden and Willow Pill! It's a touching moment for both of them, as many fans felt the contestants and producers had been underestimating Camden and Willow all season.

No turning back now. Lady Camden and Willow Pill must lip sync for their lives - uh, for the crown. The song chosen is "Gimme, Gimme, Gimme," originally an ABBA song but here the queens will perform to Cher's 2018 cover.

Willow wears an oversized striped blazer, stripped to reveal an oversized pant that is stripped to reveal a purple and black bodysuit. Because the reveals just don't stop, Camden must have one of her own. Her white minidress with a royal crown reveals into a red-and-gold flame ensemble. (Who said she could steal Maddy Morphosis' look?) Camden also tries to one-up herself with a repeat of her Freddy Mercury wig reveal, but it doesn't go as perfectly as before.

And The Winner of RuPaul's Drag Race Season 14 Is...

Now, how are we going to get through the dry spell until All Stars 7 begins?

Redman's On A Mission From God With The National Cannabis Party 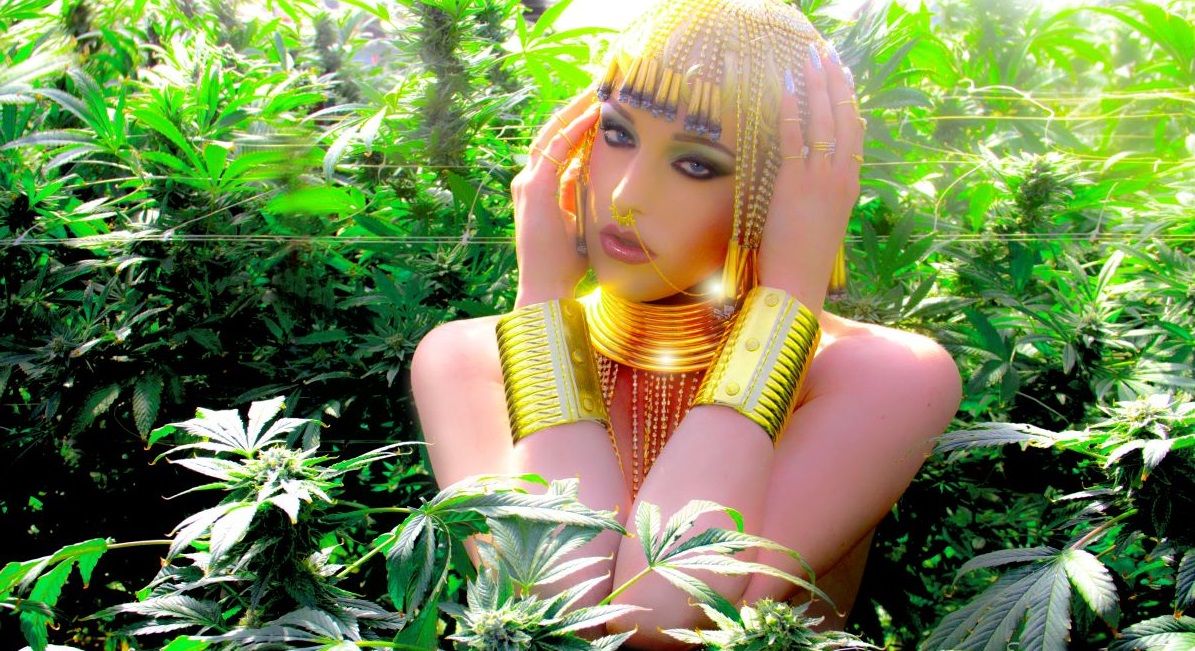