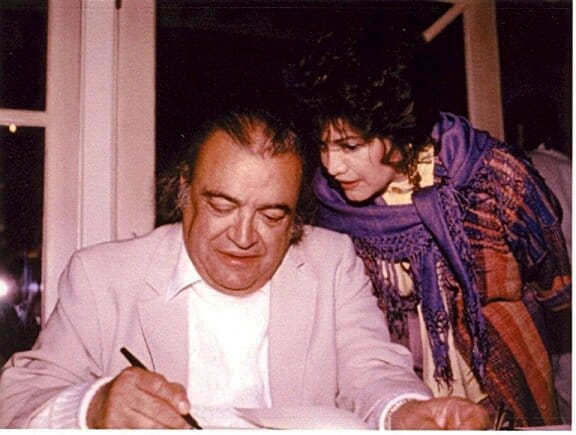 (Note: This is an excerpt adapted from the author’s book MARIO PUZO ~ AN AMERICAN WRITER’S QUEST, forthcoming in 2019 from Heliotrope Books.)

Between 1979 and 1999, there were two constants in author Mario Puzo’s life. First and foremost: No matter what else he wrote, no matter what else he did, and regardless of where he lived, visited or traveled, he was always the father of The Godfather. It couldn’t be helped. He wrote the novel. Its legend prevailed. The second constant was Carol Gino’s companionship.Born in 1941, Carol Gino was twenty-one years younger than Mario. She was a short, dark-haired, highly intelligent woman whose coming of age between the 1950s and the mid-1970s contrasted Mario’s old-school upbringing back in the 1930s. Friends who observed the new couple noted her positive influences on him.Carol had made his acquaintance while working as a private nurse for Puzo’s ailing wife, Erika, in the twilight of her fatal illness. By the end of 1979, one year after the death of Erika Puzo, the warmth and rapport between Mario and Carol was there for all to see, whether they were dining at Elaine’s in Manhattan or traveling together to the Cannes Film Festival. It was a new beginning for Carol in more ways than one, as her career in nursing led not only to meeting Puzo, but also to a latter-day career as a writer.Beginning in the later 1970s, Gino had started to compose prose vignettes that evolved into short stories (sometimes writing in the wee small hours by the bedside of terminally ill patients). Before she ever met Mario, she sold her first pieces to New York Magazine and also to the Chicago Tribune. The overwhelming stress, chronic anxiety, and burdensome fatigue induced by the regular demands she felt in her nursing milieu impelled Gino to write with vehement intensity.“There was a tornado of death and disease sweeping around me constantly,” she once said, when asked about her duties at varied Long Island hospitals. “I found myself living with fear all the time. I face my own mortality every day. If something was not measured by life or death, I would refuse to consider it important.”By the time she was romantically linked to Puzo, her unique perspective was made clear to Mario. He said, “She is really terrific but you have to be seriously ill to get her attention.” Puzo’s incisive sense of humor was at play, but there was surely a tinge of hard-earned truth about his assessment: “If you want a little tender, loving care or feel a little sick, forget it. You have to be terminal to get her sympathy.”

As a high-school student back in the late 1950s, Carol Gino had envisioned a career as either a teacher or a lawyer. Neither materialized. Instead, in the spirit of the times, she married not long after her high school graduation and had two children (a daughter and a son) before divorcing in 1966. A brief second marriage that began in 1975 also ended in divorce shortly thereafter, and by then Gino was nursing and writing, as well as hiring herself out as a private nurse (thus her fateful meeting with the Puzos).In the early 1980s she was sedulously at work on an autobiographical novel titled The Nurse’s Story, and Mario wasn’t the only one who believed in her. Introduced by Puzo to his agent, Candida Donadio, it wasn’t long before Carol had earned herself a contract with Simon & Schuster.“The more she worked on the book, the less she listened to me,” Mario said, “but I’m very proud of her.”With good reason. The Nurse’s Story was chosen as a selection by not just the Book-of-the-Month Club, but also the McMillan Book Club. People Magazine featured Gino in a photo-essay published on November 29, 1982, and there was even talk of a film.“I think her book would be a hell of a movie if they did it right,” Puzo told People Magazine. “It’s like those old Clark Gable and Spencer Tracy movies that are all about male bonding. I’d like to write the screenplay.”No film was ever made (like most of the properties that are optioned for the movies).  But the prospect of co-screenwriting with Puzo added to Carol Gino’s stress levels because she feared that any success she might have could create jealousy between them, even a chasm.“Mario got a big kick out of that,” she later realized. “He’s at the age now when he’s thrilled to death over a woman who is solvent and independent. I think he’s really a feminist hiding in an old Italian ginzo uniform.” She wasn’t far off the mark.Puzo adamantly supported abortion rights: “I thought the male sex had a lot of balls to pass laws restricting a woman’s right to abortion,” he wrote in his long-form essay “Confessions of a Male Chauvinist,” in which he assessed his generation’s need for a major transformation regarding gender roles. The essay began with research intended for his novel Fools Die. Then Mario’s humor and autobiography emerged.

The first thing I learned from my research was that I would have to change a whole lifetime’s style of thinking. I’m glad that today my daughters can claim a modern form of sexual freedom and are no longer victims of those old shames. But I also know that I’ll never really be comfortable without a sense of sexual possessiveness. Which is my tough luck. Most of my generation’s marriages are falling apart, seemingly for no obvious reasons. Even the good marriages. For men of my generation our only hope may be to adopt the following slogan to live by: Sex ain’t serious. Gentleman, the jig is up. The line can no longer be held. Here I have to be a little personal. I am not altogether innocent. I have exploited one woman.I exploited my wife in that I subordinated her wishes to my desire to write books. I made her totally supportive to my ambition. She took it well but promised to pay me back in spades when we reached sixty. (She was too busy with the five kids to plan an earlier revenge. I was too busy supporting them all to worry about even living that long.) My pleas for mercy included the fact that I never chased women, never got drunk, always gave her house money on time, and bought her gifts on Christmas, Easter, our wedding anniversary, her birthday and whenever she had a baby. Also: I worked twenty years on jobs I hated.But now I know that she is right and I am wrong. Her life was a limited life . . . in good Southern Italian style, I had her locked in pretty good and she never achieved her true potential. And this of course is a major complaint Women’s Liberation has against the male sex. Anyway . . . my wife, the kids almost grown, had a little time on her hands and hinted that she was moving up her game plan to age fifty. Obviously so were millions of other women in America.

Although he never remarried, there was a consistency to Carol’s presence in his life that signified their love for each other. Her sympathetic interpretations of feminism and the Women’s Movement galvanizing America in the 1970s updated Mario’s ideas about the roles of women in the home and in society at large. Puzo confessed more than once that until he met Carol Gino, he was content to be an old-fashioned male chauvinist – with a twist: “I decided I had to become a ‘liberal’ male chauvinist,” he wrote.

And in other ways, he credited his more progressive ideas about women’s rights not just to his association with Carol Gino, but also to what he heard and what he learned from conversation with his adult daughters: Dorothy and Virginia. By the very early 1980s, both of Mario’s daughters were past their thirtieth birthdays, and their perspectives were steeped in the tumultuous social upheavals of recent years. Over dinner one night with some fellow male writers, Mario once recalled a turning point in his evolution as a father: “I picked up the phone by accident one day,” he explained, “and overheard my teenage daughter discussing boys with her friends. It took me years to recover from what I heard.”Novelist and screenwriter Bruce Jay Friedman, a close personal friend, later said: “When it came to sex, [Puzo] was generationally trapped. To an extent, all of us were.”After Erika had died, Mario was unique among his peers in that he decided never to marry again. Over the years, his rapport with Carol Gino developed a rhythm and a pattern of its own. They never lived together as a full-time couple, but overnights were always an option; and travelling the world together was a routine. One of their extended journeys was a particularly vivid (and informative) research trip to Sicily. During that 1982 tour of the island, Mario soaked up a great deal of atmosphere and local color that helped him complete The Sicilian, his next novel. —

Carol Gino’s memoir ME & MARIO is now available. For more about her work, visit cgino.com.–(M. J. Moore is Honeysuckle Magazine’s RETRO columnist. His novel, For Paris ~ with Love & Squalor, was published in 2017. On March 8, 2019 – the 50th anniversary of the publication of The Godfather – Heliotrope Books will publish his new book Mario Puzo ~ An American Writer’s Quest. This new work will be the first-ever biography of Mario Puzo.) 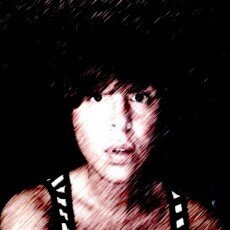 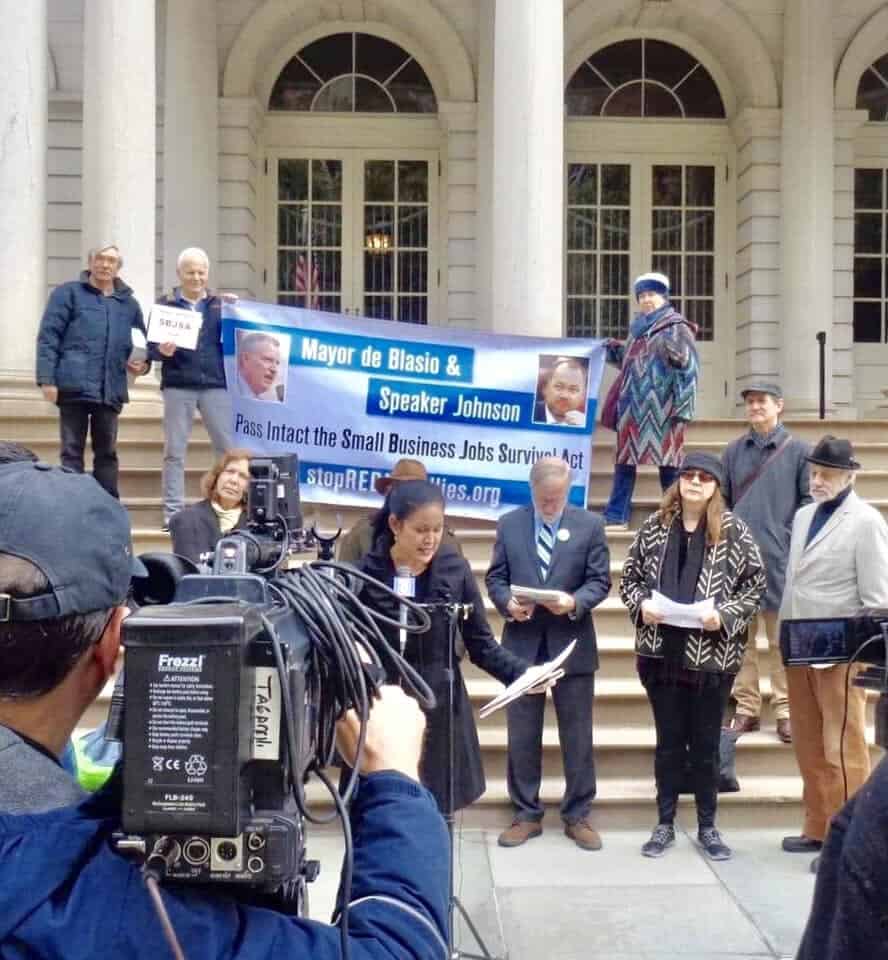