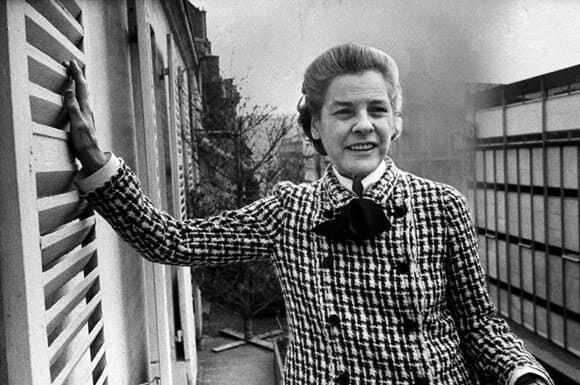 At the March on Washington in August 1963, author Norman Mailer ended up feeling bored and indifferent. So, he wandered off at day’s end. No joke. The postwar author, most often lionized as “a prophet” regarding America’s tumult in the 1960s, drifted off and willfully missed (remember, there were printed programs) the capstone event: Dr. Martin Luther King’s “I Have a Dream” speech, in all of its 18-minute climactic glory.Granted, no one knew that on that day MLK’s speech would congeal and consolidate (he’d delivered variations of it in churches and at other rallies) in such a way that now, fifty-five years later, it’s commonly called the 20th Century’s greatest speech. But, still. On August 28, 1963, even before his speech was articulated, Dr. King was already a legendary figure (only one year shy of winning the Nobel Peace Prize). Yet, Norman Mailer’s mind was elsewhere.Perhaps Mailer was preoccupied with an older writer’s brand-new novel, officially published on that same day. Mary McCarthy’s The Group hit the streets on August 28, 1963, with a confident first-run printing of 75,000 copies.Soon enough, as readers spread the word and with strong reviews in mainstream newspapers and magazines, American bookstores were ordering 5,000 copies per day. Second printing. Third printing. Onward and upward.McCarthy’s novel about eight Vassar College graduates from the Class of ’33 and their social, sexual, political, psychological, marital and domestic rites of passage circa 1933-1940 not only hit the top of the Best-Sellers List in 1963, but it stayed there for almost two years. It was a smash-hit novel with the public, despite being derided by the highbrow critics McCarthy most valued. The paperback rights and the sale of movie rights made her wealthy by the standards of the era, and both her name and The Group became household words.No wonder Norman Mailer was preoccupied. He was also furious, dismissive, jealous, insulting, misogynistic, nasty, and almost incoherent in all of his envious, apoplectic rage, which revealed itself in one of the strangest pieces ever to be published as a so-called “book review.”   Framed as a legal argument and titled “The Mary McCarthy Case,” the essay monumentally expanded on the brief denunciations of fellow writers (such as Saul Bellow and Truman Capote) that Mailer had begun in Advertisements for Myself, his 1959 nonfiction collection. Now, four years later, Mailer’s hyper-competitive penchant for judgments, verdicts, and other tropes (when he wasn’t using sports metaphors about boxers) focused itself on The Group. It’s possible to paraphrase his febrile indictments, but it’s impossible to convey Mailer’s authoritarian tone of unassailable superiority.A few quotations are called for. Mailer began by ridiculing those who praised The Group, and in the process he sneeringly chided McCarthy, who had been publishing fiction and nonfiction of all sorts (memoirs, criticism, journalism) since the 1930s:

It had to happen. It was in the command of all the ironies that there would come a day when our First Lady of Letters would write a book and lo! the lovers would stand. Arthur Mizener would stand to be counted, and Granville Hicks, Clifton Fadiman . . . The reviews came in on wings of gold, “Brilliant”“Sheer”“Superlative”“Highly”“Generous”“Wonderfully Worth”“Great Joy To.” Not since Elizabeth Janeway wrote The Walsh Girls has any lady-book been given such praise by people such as these.

There it is: The smoking gun. Not only did The Group (McCarthy’s fifth novel) earn a great deal of praise from many reviewers, but some of those same critics had demoted Mailer when his second and third novels (Barbary Shore in 1951 and The Deer Park in 1955) received nothing like the admiration induced by The Naked and the Dead, his 1948 debut. Furthermore, the years were rolling by and none of the grandiose projections made by Mailer in Advertisements for Myself four years earlier—“ . . . it is then obvious that I would go so far as to think it is my present and future work which will have the deepest influence of any work being done by an American novelist in these years . . .”—had come even remotely close to fruition.No wonder Mailer’s furies were directed at the critics who sang McCarthy’s praises, and also at Mary McCarthy herself, who, at age 51 in 1963 (she was eleven years older than Mailer) achieved a unique status thanks to The Group. In one fell swoop, she proved that an older female author could generate big sales and serious praise by publishing a novel so provocative in its details about birth control issues, virginity lost or preserved, high-functioning alcoholic archetypes, and a passel of other taboos, that what some readers called “filth” was being received by others as revelation. McCarthy had delivered, whereas Mailer could only promise.What to do? Norman did what he did best in those years. He went on the attack. And he stayed on the attack. In the first paragraph of his alleged review of The Group, immediately after giving the back of his hand to those reviewers who had praised the book, McCarthy was pilloried: “ . . . our Mary, our saint, our umpire, our lit arbiter, our broadsword, our Barrymore (Ethel), our Dame (dowager), our mistress (Head), our Joan of Arc, the only Joan of Arc to travel up and down our raddled literary world, our poor damp kingdom, her sword breathing fire while she looked for a Dauphin to save us, looked these twenty years . . .” And on and on he goes.In between the lines, for “those in the know” (as poet Robert Lowell put it), the across-the-board insults accrued: McCarthy’s gender, her Catholic upbringing (Memories of a Catholic Girlhood had done well in the 1950s), her stature as part of the clique often called “the Partisan Review crowd” and her age (comparing her to Ethel Barrymore was akin to saying she’s a fossil), it was all grist for the mill.But it wasn’t just McCarthy whom Mailer had it in for in 1963. Before his piece on The Group appeared in The New York Review of Books, Mailer had again bulldozed his male peers in a harsh critique published in Esquire in July 1963.One rival in particular incurred Mailer’s wrath: William Styron, whose 1960 work Set This House on Fire had weathered a tsunami of negative American reviews, only to emerge triumphant when the French literary critics received it rapturously. By 1963, in spite of a paucity of high-profile American admirers, Set This House on Fire (his second major novel) was being increasingly enshrined as a modern classic.In a letter Styron wrote to fellow novelist James Jones early that summer, the situation was explained:

“This afternoon I got a phone call from Gay Talese . . . his tone was of high dudgeon and outrage. He told me he had gotten an advance look at the forthcoming July issue of Esquire, which has . . . another nobly-conceived dissection of his fellow writers by Mailer. Apparently this time Mailer has stooped to an all-time low, even for one who has been flopping around in the gutter as long as Norman . . . The bulk of Mailer’s hatred is reserved for me. An all-out, slavering attack on Set This House on Fire: but Talese said the thing that bugged and horrified him the most was the personal venom . . .”

Talese was right. Mailer called Set This House on Fire “ . . . a bad novel. A bad maggoty novel . . . it was the magnum opus of a fat spoiled rich boy who could write like an angel about landscape and like an adolescent about people . . . It was the book of a man whose soul had gotten fat.” The ad hominem attack was, more often than not, Mailer’s ultimate strategy. Along with much condescension and piling on.Mary McCarthy’s longtime friend Hannah Arendt (whose Eichmann in Jerusalem was another flashpoint for fierce debate in 1963) best described the toxic, volcanic, incendiary atmosphere in the debut season of The Group: “I read Mailer’s review only a couple of days ago—it is so full of personal and stupid invectives that I can’t understand how or why they printed it. And what surprises and shocks me most of all is the tremendous amount of hatred and hostility lying around and waiting only for a chance to break out.”Arendt may have been alluding to the New York literati of that smoldering period, but soon enough America’s “hatred and hostility” would burst in long hot summers, a new war in Vietnam, a Generation Gap, a Sexual Revolution and an epoch of racial and cultural and political issues about which people are still arguing and vacillating.Meanwhile, The Group is always stocked in bookstores. It has never been out of print. Doubtless that’s enough to eternally infuriate Mailer’s ghost.–M.J. Moore is Honeysuckle Magazine‘s RETRO columnist – although we’re beginning to think he may be the spirit of J.D. Salinger in disguise. Though the mysterious wordsmith and nostalgia master has yet to be glimpsed in person by our team, he continues to flood us with encouragement, goodies – and of course, flowers. When not weaving tales of historical delight or ardent odes to his brilliant publisher, he can be found alternately sipping champagne on the Champs-Elysee and doing Marc Chagall impressions on the beach in Nice. He’s also been rumored to have the superpower of being able to quote Mario Puzo novels straight from memory.(In all seriousness, his novel, For Paris ~ with Love & Squalor, was recently published by Heliotrope Books.) 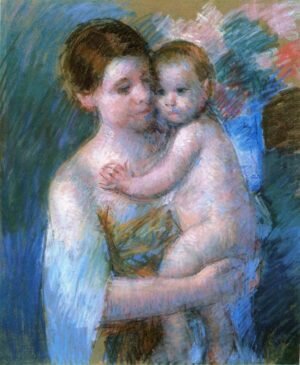 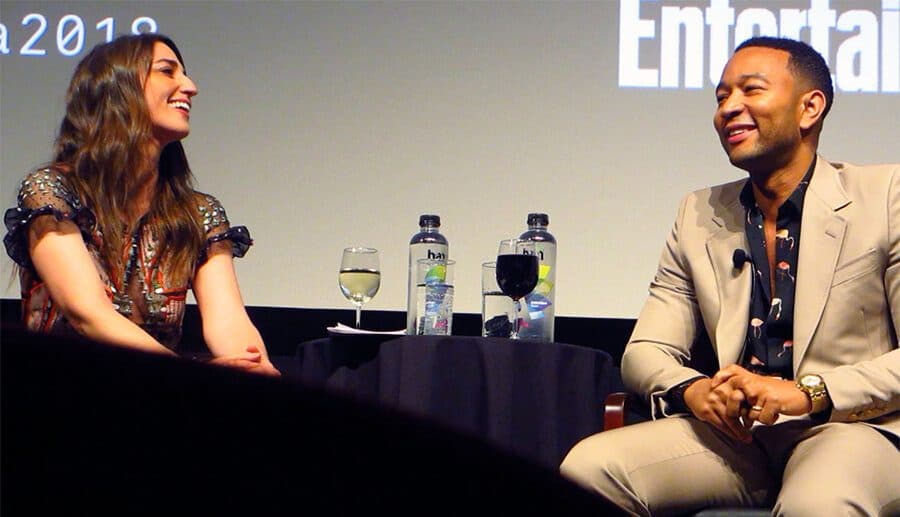