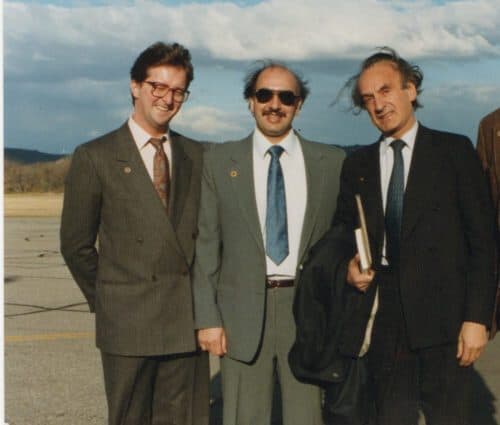 RETRO: My Hours with Elie

On a crisp, cool late autumn night in 1990, Elie Wiesel sat on stage in an auditorium at Winona State University in Winona, Minnesota, delivering an hour-long lecture, followed by a question-and-answer session. I stared in disbelief.

On a crisp, cool late autumn night in 1990, Elie Wiesel sat on stage in an auditorium at Winona State University in Winona, Minnesota, delivering an hour-long lecture, followed by a question-and-answer session. I stared in disbelief.

At that time, I was a newly hired Faculty Assistant in the English Department. The title had more heft than the payroll. And like others on the adjunct circuit, I was being paid to teach the usual surplus of 100-level composition classes. Unlike others in the same fix, though, I had but one goal: To succeed as a book author.While listening that night to Mr. Wiesel’s lecture and then marveling at how deftly he fielded the varied questions thrown at him as he concluded that year’s Lyceum Series presentation, I decided that I would not miss my chance to share with him.Actually, we’d already shared quite a bit that day. He was my literary idol.What happened was that the word got out that this new maverick instructor in the English Department was also a history geek. And the history of World War II was (and remains) my all-consuming obsession. On a small campus like Winona State, such monomania tends to make one known. But there was also something else.One month earlier, in mid-September, I’d typed a letter on university stationery and sent it to the professor who’d led the quest to lure Mr. Wiesel to Winona State. In that letter, I mentioned that I’d read most of Mr. Wiesel’s books. Not just his Night–Dawn–Day trilogy, but also his novels, reportage, and myriad nonfiction works.  By 1990, he’d written more than 30 books.

One day later, my office phone rang. The professor who had spearheaded the whole event wanted to rush to my office and talk. I was flabbergasted. He came right over.They had a problem. The only book by Elie Wiesel that anyone he knew on the faculty had read was his ineffably harrowing Holocaust memoir Night. Which was precisely the one book about which no one should make small talk. In any way.On the other hand, after quizzing me briefly and ascertaining that I had a handle on Mr. Wiesel’s canon (riveting essay collections like Legends of Our Time and One Generation After; biographical explorations about Bible characters and revelatory works about Hasidic masters; a play called The Trial of God, and novels with titles both compelling and lapidary: The Gates of the Forest and The Fifth Son being my favorites), I was asked to be part of the Welcome Committee.Our plan was to pick up Mr. Wiesel late in the afternoon at the local airport.  After that, until he walked onstage and engaged with a standing-room-only audience and then allowed one hour for a low-key reception limited to 75 people, the powers that be needed someone versed in his books to pass the time with him.  It was indelicate to have him surrounded by those whose only exposure to his work was the graphic, unutterably tragic Night.  Asking him about that narrative would be indecent. Night is a narrative graveyard for Mr. Wiesel’s childhood family in wartime.Things happened fast. I went along. And whenever the time was right, as the hours passed in anticipation of that evening’s event, I quietly chimed in with appropriate inquiries about his postwar Paris years, how he oscillated from nonfiction to fiction and back again, and other issues. We hit it off in a natural way. I knew he had one child, a son, and I asked about him (he was then attending Yale). Inevitably, we spoke of the war.Not the famous battles. I freely admitted to him that combat chronicles were of little interest to me. What had obsessed me for years was how civilian-soldiers (which the vast majority of GIs had been) somehow managed to accommodate the stresses of war. That preoccupied me as much as the mystery of how European civilians had lived in the shadows of the Nazis in so many occupied areas. Furthermore, I’d made a choice when completing a master’s degree in English. He asked me to tell more.

That’s when I mentioned that rather than write a 100-page critical thesis as the capstone of my program of study for the M.A., I opted instead to submit a 300-page novel that was climaxed by my re-creation in fiction of Dachau’s liberation. There were ample reasons why I believed that such an event (which occurred on April 29, 1945) required a Stephen Crane-like effort to be elucidated, and understood.I knew I was no Stephen Crane, but I still made the effort. Mr. Wiesel asked me a few more questions. Unlike so many others (family, friends, and, most of all, indifferent academic colleagues), he seemed to have no trouble understanding my fixation on aspects of WWII that were, and are, almost routinely ignored. The second D-Day in Southern France on August 15, 1944? A nod. The Liberation of Paris at the end of August 1944? Another nod. And the soulful behavior of the combat-hardened GIs who liberated the Nazi concentration camps – who dropped their weapons in order to function more like nurses? That’s when I noticed his eyes glistening.It was in the final pages of Night that I first read about the American soldiers who liberated Buchenwald and its sub-camps, thus saving Elie Wiesel’s life. And in my classes, when I assigned Night, to ensure that my students had to write about issues of substance, I always scheduled a screening of To Bear Witness, the documentary film resulting from a conference organized in 1981, during which Mr. Wiesel reunited survivors and liberators. No wonder we got along.He flew back to New York that night, taking my extra copy of a literary journal that had published an excerpt from that novel of mine. Titled “April 29, 1945,” the brief chapter was my attempt to go beyond the camp liberation scene composed by Irwin Shaw in The Young Lions. I offered it as a salute. I expected nothing.

Two weeks later, an envelope with Mr. Wiesel’s return address at Boston University was in my mailbox at Winona State University. That stunned me. Inside, one of his elliptical handwritten notes (there would be several in years to come) said:“It was good meeting you at Winona. I hope our paths cross again – soon. I read the excerpt. Now I am looking forward to the novel itself.  Be well. ~ Elie Wiesel.” Fast-forward a quarter-century, and like innumerable writers before me, I learned the hard way that it can take forever for an author’s career to get a New York shot. Yet, when despair threatened to make me quit my writer’s quest (one example: I shelved that first novel), I had all my notes from Elie Wiesel to fall back on. In one missive that’s been my buoy for 25 years, he advised: “Just stay well. Your words will be received.” Indeed, he underlined “will.”Does anyone still use a fountain pen to send handwritten notes? I don’t know.But I do know that the restorative impact of Mr. Wiesel’s affirmation was beyond category.–(M. J. Moore is Honeysuckle Magazine’s RETRO columnist.  His novel, For Paris ~ with Love & Squalor, was published in October. Check out the book’s trailer now on YouTube.) 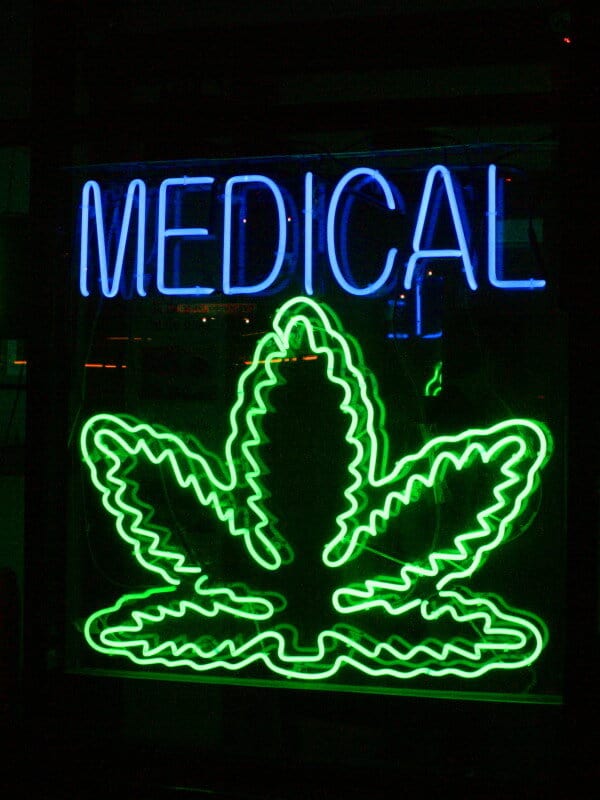 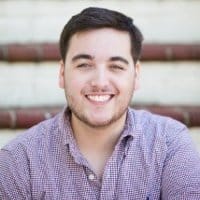