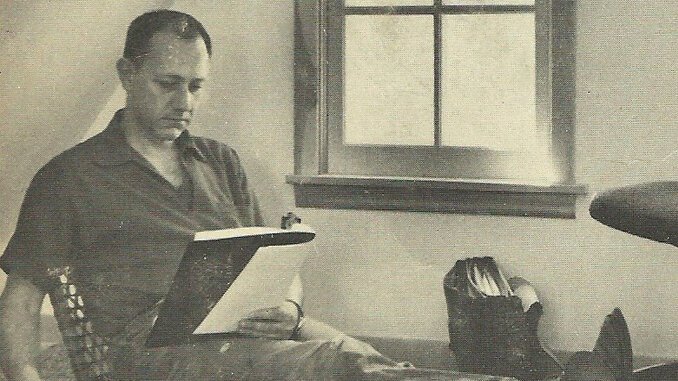 When American author Vance Bourjaily died on August 31, 2010, at age 87, lengthy obituaries chronicled his career as an acclaimed novelist (once nominated for the National Book Award) and esteemed teacher (for decades, he was top gun at several MFA programs).But to me, he was shamanic.  His words buoyed me during my struggle against cancer.  I was 28 and my idiosyncratic response to the cancer diagnosis, surgery, and ultimately chemotherapy was to indulge more than ever my lifelong interest in the literature of the World War Two era.  This was years before Saving Private Ryan and Stephen Ambrose’s many books and Tom Brokaw’s Greatest Generation made that epoch fashionable again.  Most of my peers and some of my elders were baffled by my relentless preoccupation with James Jones’ Whistle, which I read and re-read (along with Hemingway’s For Whom the Bell Tolls) at that time.  Whistle is the capstone to Jones’ trilogy of war novels (From Here to Eternity and The Thin Red Line being parts one and two); and Jones’ exclusive preoccupation with the shattered psyches and souls of wounded soldiers returning to America enveloped me.  I had no interest in military hardware or battle strategies.   I was not a “buff” per se.My obsession concerned the civilians flung into wartime uniforms and how they somehow accommodated the chaos all around them; also their chronic fear and the omnipresence of death.  To my mind the cancer had flung me into a similarly hostile universe.  At the same time, I asked some beloved teachers for recommendations (I may have been an uninsured graduate student, with no savings, but I was rich in terms of mentors).  In my quest to read character-driven fiction by ex-GIs who emerged after the war but usually did not win the perennial fame of Catch-22’s Joseph Heller, I was steered toward John Horne Burns (The Gallery) and Alfred Hayes (All Thy Conquests and The Girl on the Via Flaminia), as well as Robert Lowry’s Casualty and Irwin Shaw’s Young Lions.  Invariably, Bourjaily’s novels were touted.Does the author’s name seem familiar?  Perhaps it’s because he figures in biographies of Norman Mailer and James Jones.  He introduced them to each other back in the early 1950s, when he threw infamous parties in his Greenwich Village apartment.  Hectic, overcrowded shindigs attended by other young writers, actors, artists, musicians and whoever else happened to fall in the door—or fall out the door, which was commonplace, given the gargantuan boozing then in vogue.In those halcyon days, as a heralded author who also co-founded discovery, an esteemed literary periodical, Bourjaily was at the epicenter of a postwar crowd of American writers whose lives had been bookended by the events, large and small, public and private, of the epoch that began with the Great Depression and ended with the Second World War.   Shortly after the war, like his peers Jones and Mailer, Bourjaily published a first novel: The End of My Life appeared in 1947; the author was 25.  Later, it was republished as a hardcover in 1961, shortly after the 1960 launch of Bourjaily’s fourth novel: Confessions of a Spent Youth.  When I found both books at a public library, I immediately turned to chapter one of Confessions. 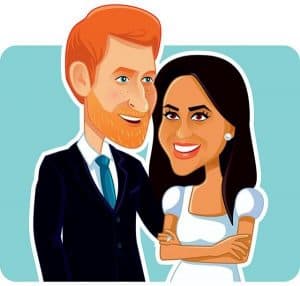 I was hooked after reading the first two sentences: “Like most men, I tell a hundred lies a day.  Yet in the pages which follow, I have tried to tell only truths, with the exception common to all works of confession . . .”Bourjaily became my Virgil, guiding me through the crucible of cancer treatment.Both novels turn upon the exploits of a young male American protagonist (in The End of My Life, Skinner Galt is 22; and Quince, in the Confessions, recounts his adventures from ages 17 through 24, spanning 1939-46).  All along the way both Skinner and Quince are forever at odds with authority and protocol wherever they go: at their jobs, in college, in the military.  And in both books the young hero, having left school to join the Ambulance Corps during World War Two, journeys to the Middle East while attached to the British military, thus offering a perspective on WW II that is quite removed from the more familiar locales of Europe or the Pacific.One New York Times critic, paying tribute to the depth of Bourjaily’s achievement, called him the “Dostoevsky of the generation that came of age in World War Two.”In their time, Bourjaily’s characters come of age, leave their schools, go abroad, see some of the world, witness a great deal of violence and despair, cause a fair amount of rambunctious and oftentimes hilarious mayhem, and end up everywhere from a military prison (Skinner’s fate in The End of My Life) to a backwoods country road, where you’ll find Quince at the end of the Confessions, stateside again after the war.  Literally at a crossroad.  Linking the two disparate heroes is the cumulative and finally overwhelming sense that time after time (here it is now apt to borrow another titular catch-phrase patented by Joseph Heller): Something Happened.   And regardless of the frequently whimsical interludes or varied outlandish characters’ witty remarks, time and again serious things are determining destinies, threatening lives and, ultimately, no one has a damn thing to say about it.  Things just . . . happen.Maybe that’s why these two novels made such an impression on me.  Suddenly, in the company of Skinner and Quince, I was in the narrative world of other young men whose sense of self was being engulfed, transformed and potentially eradicated by circumstances wholly beyond their control.  Granted, our situations were dissimilar: no one in either book has a cancer diagnosis; and I wasn’t about to rot in a stockade.Nonetheless, I sympathized and identified passionately with Bourjaily’s young protagonists, especially their ability to endure, adapt and somehow prevail—despite the malignant indifference of the Fates.  Their narrative highs and lows enthralled me because I longed desperately to share their ability to laugh in harm’s way; to joke while brooding; and perhaps most of all to try to sustain a sense of autonomy.I was halfway through 12 weeks of chemotherapy when I checked out Bourjaily’s books from the public library.  At that time, I still yearned for someone or something to blame; still craved something or someone to assume some kind of responsibility for the outrageously threatening, horribly expensive, unexpected disaster in my life.What I wanted, in short, was an answer.  One comprehensive, conclusive answer to the central question bedeviling me: Why?  What I got was an epiphany revealed by Skinner Galt in The End of My Life:  “Skinner became thoroughly depressed.  The trouble, he thought, was the old business of having no one to blame  . . .  So what were you going to blame?  Society for being anti-social?  Humanity for being anti-human?  You can never blame.  You can only mourn.”That made perfect sense to me.   Not just in the novel, but in my battle for life.Contrarily, I knew—and what a joy, what a gift, how surreal to be told—that my life might very likely go on; that the chemotherapy, as sick as it made me, was also ridding my body of a mortal danger.  And that once the shock of everything began to fade, I’d be able to reflect on my youth, which was now past.  Able, I hoped, to start a new life with the humility and resolve shown by kindred spirits in Bourjaily’s pages.By the end of my treatment, I vowed to cling to the forward–looking remarks spoken by Quince in Confessions of a Spent Youth, when he declines an old friend’s postwar invitation to live in Mexico.Instead, to his own surprise, Quince gets serious about having “things to do.”  Then he goes on to say: “I knew now I’d better find out what they were.  I’d better open up some possibilities for myself, find a direction, make a commitment.”In a way, the ex-GIs who survived WW II and wrote their novels did more than publish books.  They created talismans.  The war may have ended 72 years ago, but the novels of Vance Bourjaily (and his allies) retain the power to inspire.And to heal. 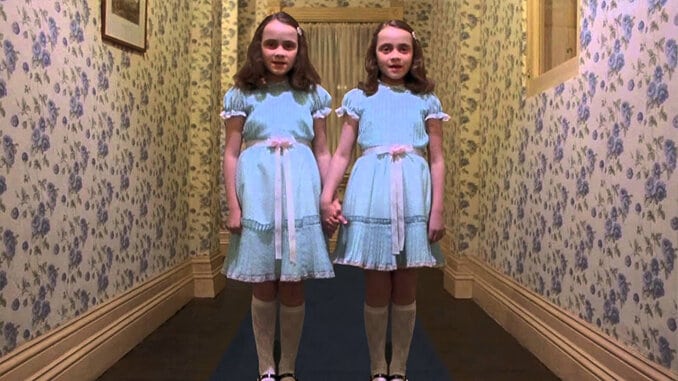 You've Always Been Here: 'The Shining'