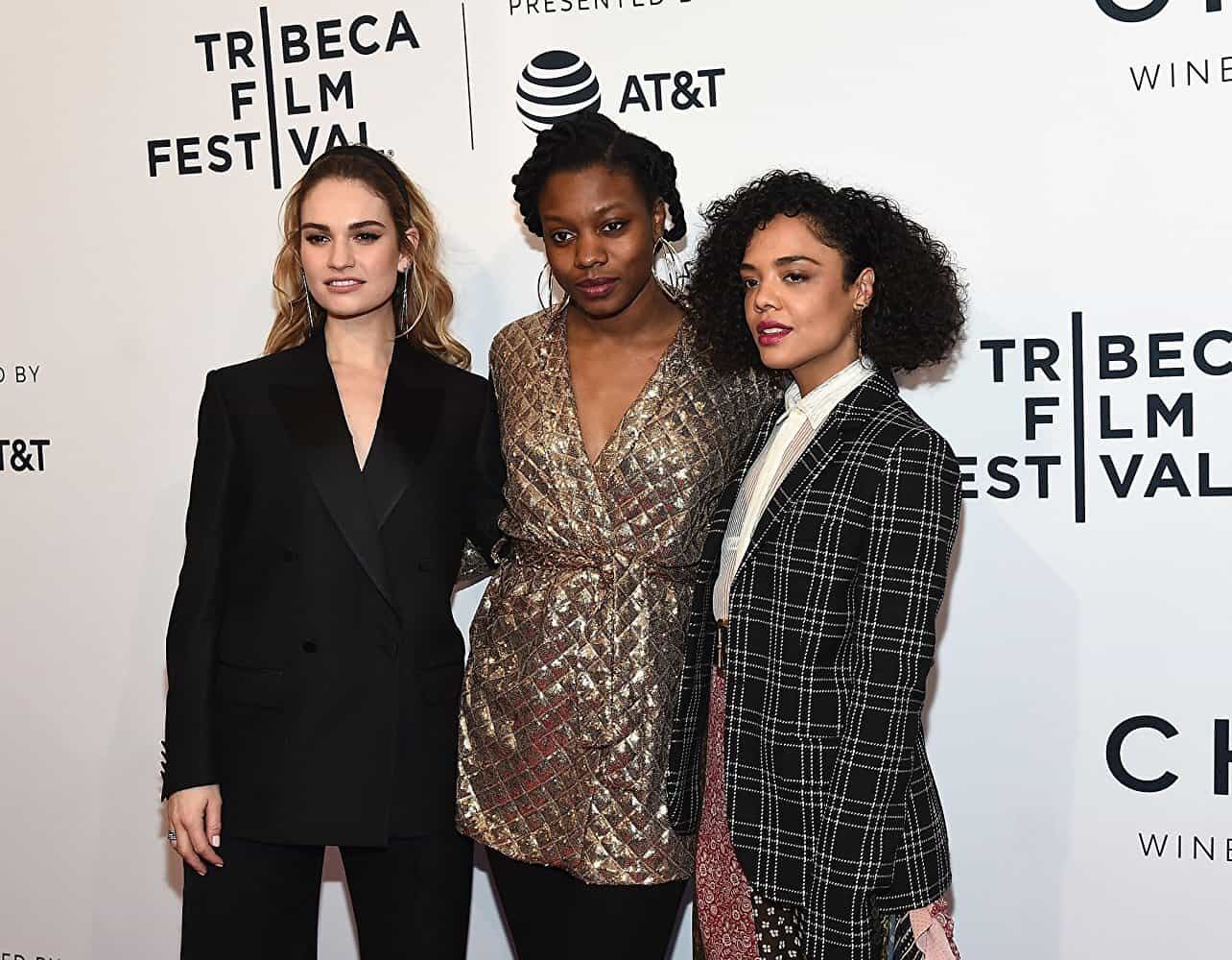 The Tribeca Film Festival, which ended last week, made women a central focus. Opening with Lisa D’Apolito’s Love, Gilda about the famed female comic Gilda Radner; closing with Liz Garbus’s The Fourth Estate and presenting 96 feature films, 43 of which were directed by women; the festival was clearly doing its part to overturn an abysmal industry dynamic in which the vast majority of the stories we see – almost 90 percent – are directed by men. The relative abundance of female-led content heralds the possibility of an era in which female creators have an equal voice. Not surprising then, that amidst the spoils, two films that stood out for me were led by brilliant women behind and in front of the camera. Duck Butter, which is now in theaters, and Little Woods, which will has yet to come to public screens, are helmed by women and explore female bonds in strikingly different ways.

Duck Butter, from director Miguel Arteta (best known for Beatriz at Dinner), co-written by Arteta and Alia Shawkat, who plays the lead opposite Laia Costa, is a refreshingly unconventional relationship dramedy. Shawkat, widely loved for her role in Arrested Development, delivers a performance that’s hard to tear your eyes from, for which she won the Tribeca Best Actress Award. The acting is similarly arresting in Nia DaCosta’s Little Woods, winner of the Nora Ephron Screenplay Award.

Tessa Thompson, who has defied on screen stereotypes since she made her mark in Dear White People and Lily James, known for roles in Baby Driver and Darkest Hour, play sisters battling the odds in a North Dakota fracking town in the throes of demise. While the two films’ themes are widely divergent, they accomplish similar goals, tackling big issues through an intimate lens. The highs and heartaches of relationships in Duck Butter and the unrelenting struggle to live with dignity in Little Woods are compellingly portrayed and had me riveted.Duck Butter focuses on two women.

Shawkat is Naima, an actress who is unceremoniously fired by the Duplass Brothers following a hilarious opening sequence where she can’t quite nail her character. After her day on set, she sets eyes on Sergio, the anything-goes foreigner played by Laia Costa, performing an opener in a bar. Poles apart in their artistic outlooks, there is an instant chemistry between the two. Sergio is a seemingly free-wheeling singer-songwriter-occasional painter who draws the line at cover songs and Naima is her analytical, neurotic foil. As the night winds down, Sergio proposes that they dispense with the niceties and spend the next 24 hours together having sex every hour on the hour and Naima, reticent at first, changes her mind the next day in the wake of her firing.

If it sounds like an American indie version of Blue Is The Warmest Colour, it’s not. Despite the intimacy of the film, the fact that we are watching a gay couple is almost irrelevant to what it does for the viewer which is to take us through the ups and downs of an entire relationship in one day.

We experience the infatuation, the excitement, the slow peeling back of personalities, the mundane, the revealing, the fights, the frustration and even an interlude with a parent. It’s a firestorm in a bottle and it feels at turns exhausting and exhilarating, albeit punctuated by humor and laugh-out-loud moments. The intensity is magnified by the female protagonists, stripping the dynamics of gender stereotypes and leaving us with raw emotion. I felt sapped leaving the theater, but only because the superb acting had me feeling the punch of an arc that plays out over months or years in one evening.Tellingly, the script was initially written for a man and woman, the story following their relationship over the course of a year and a half. As it morphed, Shawkat and Arteta cast Laia Costa, who was unforgettably brilliant in her debut film Victoria, a bank heist that was shot in one momentous two-hour-plus take.

When no male actors appeared up to the challenge of a verite-style shoot involving sex on the hour, Costa’s eagerness to take the bull by the horns was proof that the role’s gender shift didn’t matter – she would be the perfect Sergio. While the film was shot over an astonishingly brief ten days, the twenty-four-hour sequence which makes up the bulk of the film was shot in real time, the entire crew awake overnight. The organic nature of the way the project developed and the authenticity of the all night all day sequence gives Duck Butter a visceral quality that allows it to rise above the promise of the script and premise.

By contrast, in Little Woods the drivers are predominantly what goes on around Thompson and James’ characters, Ollie and Deb, throwing their own precarious dynamic into relief. In what many have described as a “modern Western,” a fitting description grounded in the reality of rogue characters trying to function in what is the American West of today, we have barely a moment to catch our breath as one calamity fuels another.From the moment the film begins, we’re on edge. Oleander (Ollie) is burying a stash in the ground, shifting like a fugitive. We learn that in the aftermath of her mother’s death, Ollie has decided to ditch the side hustle that helped her pay the medical bills – smuggling drugs across the Canadian border and selling Oxy to workers who can ill afford the hospital bills for hard labor injuries – and clean up her act until she comes off probation in a week.

This is wishful thinking as events snowball and in addition to having to pay the mortgage to keep their mother’s house from being foreclosed on, the once-estranged sisters face a darker challenge as Deb falls pregnant with another child which she cannot neither afford to abort nor keep.The film, which has echoes of other life-on-the-margins tales such as Frozen River, sees people unrelentingly presented with grim choices. Ollie has to make the impossible decision between losing the house that could be a home for Deb, who lives with her young son in an abandoned trailer, and leaving her sister to have a back alley abortion or staying out of trouble so she has a shot at a job that could provide a new start.

The world that surrounds them and the cards the sisters and other characters are dealt speak to many of the problems facing an America that is as far removed from Tribeca’s silver screens as it is close to the class struggle on which our last election has shed light. Without being heavy-handed or preachy, underneath a plot that rapidly escalates the tension, is an attempt to discuss our most pressing social issues – the opioid crisis, reproductive rights, the inaccessibility of healthcare, and the people left to fall by the wayside as their livelihoods evaporate in the name of progress.

Little Woods is a remarkably mature first feature from writer-director Nia DaCosta, who wrote the script during the Obama presidency only to find its themes became more relevant under Trump. In an effort to explore Americanism and what that truly means, she plays with America’s most compelling film genres, the Western and the Southern Gothic, presenting their core tenets – the repercussions of bad choices and ideas of American decay – to great effect. But above all else, DaCosta presents a story that we rarely see, the story of women and particularly women of color in rural America.The originality of both Duck Butter and Little Woods lies partly in their female leads. I wonder if similar stories viewed through a male lens with male protagonists might feel less inventive simply because we see so many more male stories. Much of the power of these two gems rests in the interplay between two women, a bond that has been disregarded on screen, often playing second fiddle to the main course of a male-female dynamic or delivered in the form of hackneyed presentations of girl power and bachelorette parties. Ironically, crucial scenes in both films occur in the same place. In Little Woods, after a grueling setback pushes simmering tensions between Ollie and Deb to an explosive fight, they bridge their anger slumped by the kitchen sink the next morning. In Duck Butter, at the outset of their 24-hour tryst, Naima and Sergio take their lovemaking to the kitchen counter top.

The kitchen, the pulsing heart of the home and yet historically a symbol of a woman’s inferior “place,” is a center of intimacy and strength. These films are proof positive that even while reimagining the kitchen sink, women are reclaiming their place on screen.

—DUCK BUTTER is now playing in theaters across the US. Check your local listings for showings near you.To learn more about the Tribeca Film Festival, visit tribecafilm.com. Use #Tribeca2018 on social media.— 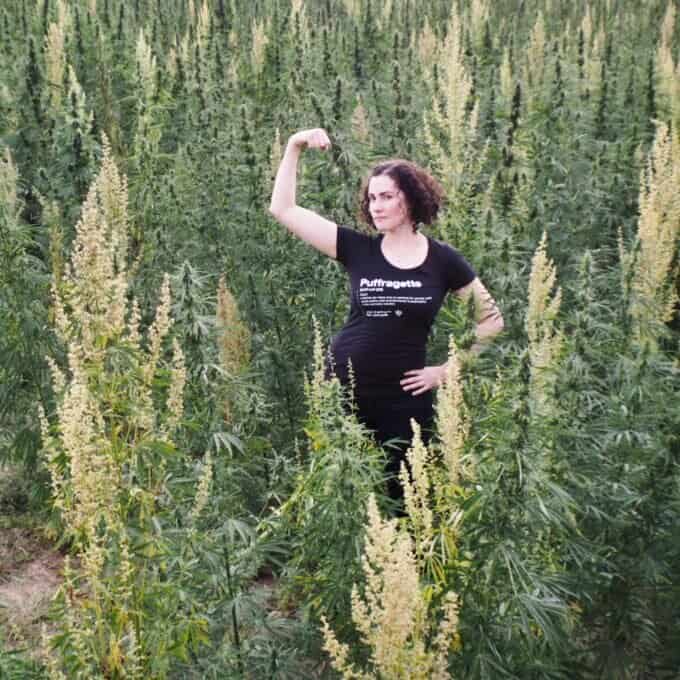 Parity and Puffragettes - Inside Windy Borman's Mary Janes: The Women of Weed 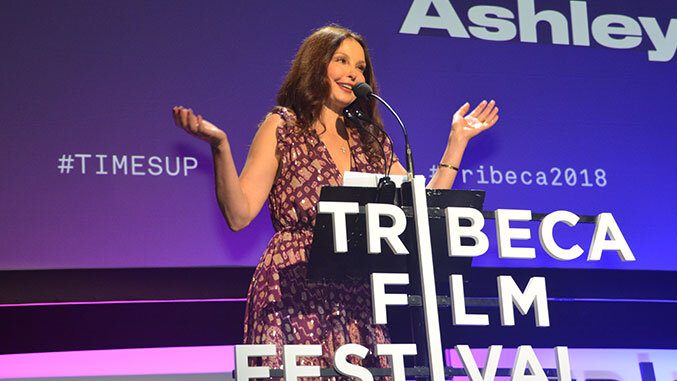