Mary Janes portrays women in action: scientists, farmers, artists, policymakers, chefs and CEOs. No matter which field you work in, there’s a place for you in this revolutionary movement. Just ask interviewees Wanda James, the first African American woman to own a dispensary in Colorado; or attorney Shaleen Title, co-founder of THC Staffing Group (and now Commissioner of the Massachusetts Cannabis Control Commission); or multi-award-winning rock star Melissa Etheridge. Across the board, everyone agrees that cannabis is a vital medicinal tool and that women are finding ways to make it work for them away from outmoded stereotypes. Etheridge, who used the plant religiously when undergoing cancer treatment, states, “You understand that your health is your responsibility. You understand that your life is your responsibility… If you’re going through cancer treatments and you’re not using cannabis, you’re really going through a lot of pain that you don’t have to.”

Additionally, director Borman captures her personal journey from cautious, self-proclaimed “product of the DARE generation” to eloquent, impassioned cannabis advocate. She narrates straight to camera as the observations and testimonies change her mind about the much-stigmatized plant. We watching are allowed into her vulnerable space, as she confesses her family’s history with substance abuse, her initial mixed fears and curiosity about cannabis, and her wide-eyed epiphanies each step of the way. For example, there’s no greater gut punch/celebration than two-thirds through the film, when after traveling around the country collecting information Borman concludes, “This is starting to feel like a government conspiracy to keep us addicted to prescription drugs while incarcerating people for choosing a plant over Big Pharma.”

It’s a metamorphosis I know all too well, having gone through the same growing pains working on Honeysuckle’s CANNABIS issue. Borman and I share the experience of being non-consumers trying to document the “wild world of weed” and like her, I found the combination of female role models, scientific and statistical evidence, and personal stories revelatory. You don’t have to be a patient or a partaker to learn the truth about cannabis – and as Windy says, “Once you know, you can’t un-know it.”

She’s invented the term “Puffragette” to symbolize her transformation (a pun on “suffragette”): “A Puffragette is a woman or man who’s working toward gender parity, sustainability and social justice in the cannabis movement.”

This sentiment aligns perfectly with Honeysuckle’s commitment to spirituality, sustainability, and social issues (gender parity is naturally in there too, as we’re a women-owned company); and embracing my Puffragette identity I trotted off to enjoy Mary Janes’ New York premiere with Women Grow. The national network of businesswomen in cannabis hosts signature events in prominent cities across the US (its Executive Director Jane West is also in the film), but its NYC meet-ups, led by Tanya Osborne, have been a particularly illuminating mix of education, empowerment, and fun.

Women Grow cultivated the perfect environment for viewing Borman’s masterful film. In room filled with female cannapreneurs, reactions to what unfolded onscreen were frequent and emphatically vocal. Wild cheers and applause resounded at the “government conspiracy” line; shouts of “That’s a great idea – I want that!” could be heard when designer Jeanine Moss showed off her odor-controlled, compartmentalized AnnaBis bags; and knowing murmurs echoed when Madeline Martinez of NORML (National Organization for the Reform of Marijuana Laws) and Drayah Sallis, founder of Our Cannabis Culture, discussed the high incarceration rates for people of color. Near the documentary’s end, when Borman tries cannabis for the first time, supportive roars of “Get it, girl!” rang throughout the room. (And yes, all the products she samples on camera are from women-owned companies.)

Being part of that crowd was profoundly moving. I found myself in tears at some sequences of the film, laughing loudly at others. Even without owning a cannabis business, I sympathized with Sallis’s statements in a live post-screening discussion: “Advocacy and entrepreneurship – you can’t do one without the other. When you don’t get your license [because of government prohibition], who’s mad? You are. So you go back to advocacy.”

We’re living in an exciting, turbulent time where freedoms of all kinds are at stake. Windy Borman has crafted a gorgeous movie encapsulating the best of future possibilities and the present threats. As publicist Kimbirly Orr notes, “It is important that we take action in our lives, and be vigilant about supporting the people who are leading and pioneering this industry at a very early stage.”

I was honored to spend some time with Borman for further enlightenment, and help proclaim: You too can be a Puffragette! 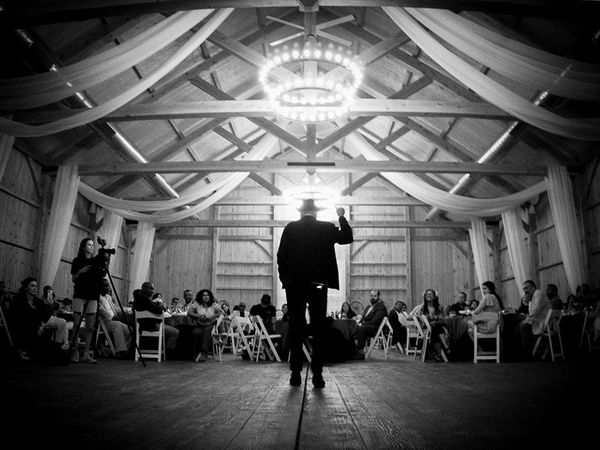