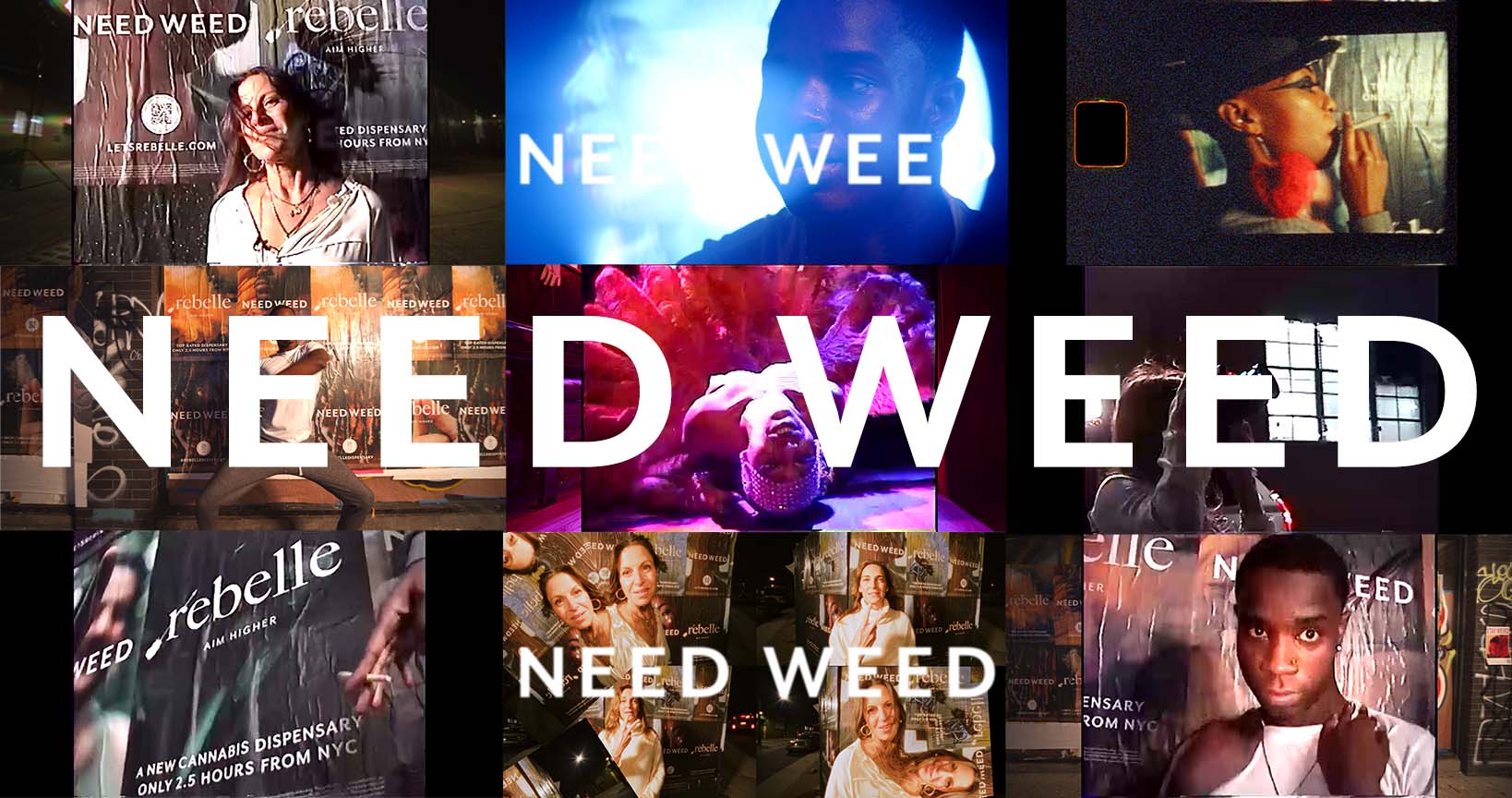 What is it about cannabis that unlocks our creativity? That’s what the creative team at Honeysuckle set to find out.  As back cover sponsors for Honeysuckle's past two editions, Honeysuckle founder Ronit Pinto and Creative Director Sam C. Long, captured Rebelle's NEED WEED theme for a series of videos spotlighting artists who draw their inspiration from the plant.  Rebelle is the stylish and sought after women-owned brand with a cannabis dispensary in Great Barrington, Massachusetts. Rebelle founder and CEO Charlotte Hanna and Chief Marketing Officer Geraldine Hessler appear in one of the videos.

Honeysuckle took to the streets of New York City for a magical nighttime shoot. Kai Jmarii, a Bronx-based dancer whose viral videos have made him a TikTok sensation, and Mia the MVP, a burlesque performer updating Josephine Baker’s style for the digital age, posed in front of a Rebelle poster-lined wall to explain why they Need Weed. Both artists described how their cannabis consumption liberates their minds and puts them in a state of flow.

Kai states, “When I smoke weed, I freestyle… I come up with different moves. A lot of the time, when I’m thinking about videos, I be high, you know what I’m saying? It just opens me to different types of moves and I love how music sounds when I’m high… A lot of the time, my most viral videos went viral because I was high.”

“Weed is like the gateway to your creativity,” Mia notes. “I really like to smoke weed when I’m creating a new act or when I’m listening to music, because then I start to imagine things differently. When I’m listening to my playlist and I’m smoking weed, I dance around my house with my feather fans or my boa or something and figure things out in a way that I wouldn’t normally do if I was sober.”

What Is Rebelle's Need Weed? It's More Than Just Cannabis

New York City Filmmaking: Rebelle and Honeysuckle Behind the Scenes

That’s just what Rebelle and Honeysuckle wanted, according to Long, who co-directed the ads with Pinto and shot the footage. “What Ronit and I set out to create was a series of spots that reflected the texture of the posters and the performers,” he comments. “New York is really just a giant set you can live in. The layering of the posters, that real grit, was what led us to shoot on so many textural mediums. I love shooting on vintage lenses (and even some low budget Chinese modern ones) because there's a texture to the image. A layering of ghosting, flares and low contrast. Shooting on film was another element we knew we wanted from the beginning. Super 8mm has the high grain and saturation that really enhances the performances and what the artists had to say. I think this campaign reflects the talent and diversity of voices that makes New York, New York.”

Best of the Berkshires: Rebelle Believes Cannabis Should #AimHigher

Additionally, the videos serve to highlight what makes Rebelle unique. Not only does its female leadership cultivate an aura of empowerment and limitless opportunities, but the brand’s very mission is to craft distinctive plant-based adventures to be both intensely personal for consumers and healing for body and mind. Pair that with the fact that Rebelle’s Great Barrington flagship cannabis dispensary is nearby New York City but also situated in nature, and you’ve got the best of all possible worlds in one glorious package.

Pinto knew instantly that the Rebelle-Honeysuckle partnership would be a formula for success. “When crafting this ad campaign, I wanted to combine the edgy, raw voice of editorial that is typical and true to Honeysuckle Media,” she explains. “Honeysuckle deep dives into issues of race, gender and culture. We wanted to make sure that the Rebelle brand integrated with these issues. As a brand [Rebelle] with astonishing visuals, we knew that combining an editorial voice with strong visuals was the key to a successful brand campaign.”

You certainly can’t argue with the results. Hessler’s spot transports the viewer into the middle of photographic action, while her Zen reflections on the art of consumption automatically puts you in her mindset: “I always consume cannabis to put me in the zone when I’m editing. It just makes me focus, dials me in, blocks everything else out.” The statements are simple, yet her calm belies her absolutely badass capabilities.

Mia’s video, emblematic of her persona, seduces you in its charismatic sultriness. Yet as the burlesque pro purrs her words, giving the camera shades of Eartha Kitt, her vulnerability shines through and she’s utterly charming as she concludes her interview with a giggle. “I’m very high now,” she declares.

While Kai displays the improvised dance moves that got his videos featured on The Ellen DeGeneres Show and praised by Rihanna, he also allows a further glimpse into his private thoughts. Speaking candidly on how he experiences being Black and openly gay, he offers aspiring young creators an amazing ray of hope that they can find success in being themselves.

That deeper layer was clear to Pinto from the start. "When Sam and I were discussing the direction for this video, it occurred to me that we should sort of pass through the different phases of Kai's life through dance. And so we came up with four major questions, and asked him to kinetically represent them. ‘What do you feel like when you hear the words 'race,' 'sex,' 'inspiration,' etc. ' We traveled to different locations across the city and Kai knocked it out of the park as he is known to do. We are very happy with the way the ads and interview turned out."

In the end, all the videos are powerful expressions of why cannabis fuels artists like no other. No matter your medium, we all want liberation and peace of mind. We all Need Weed. 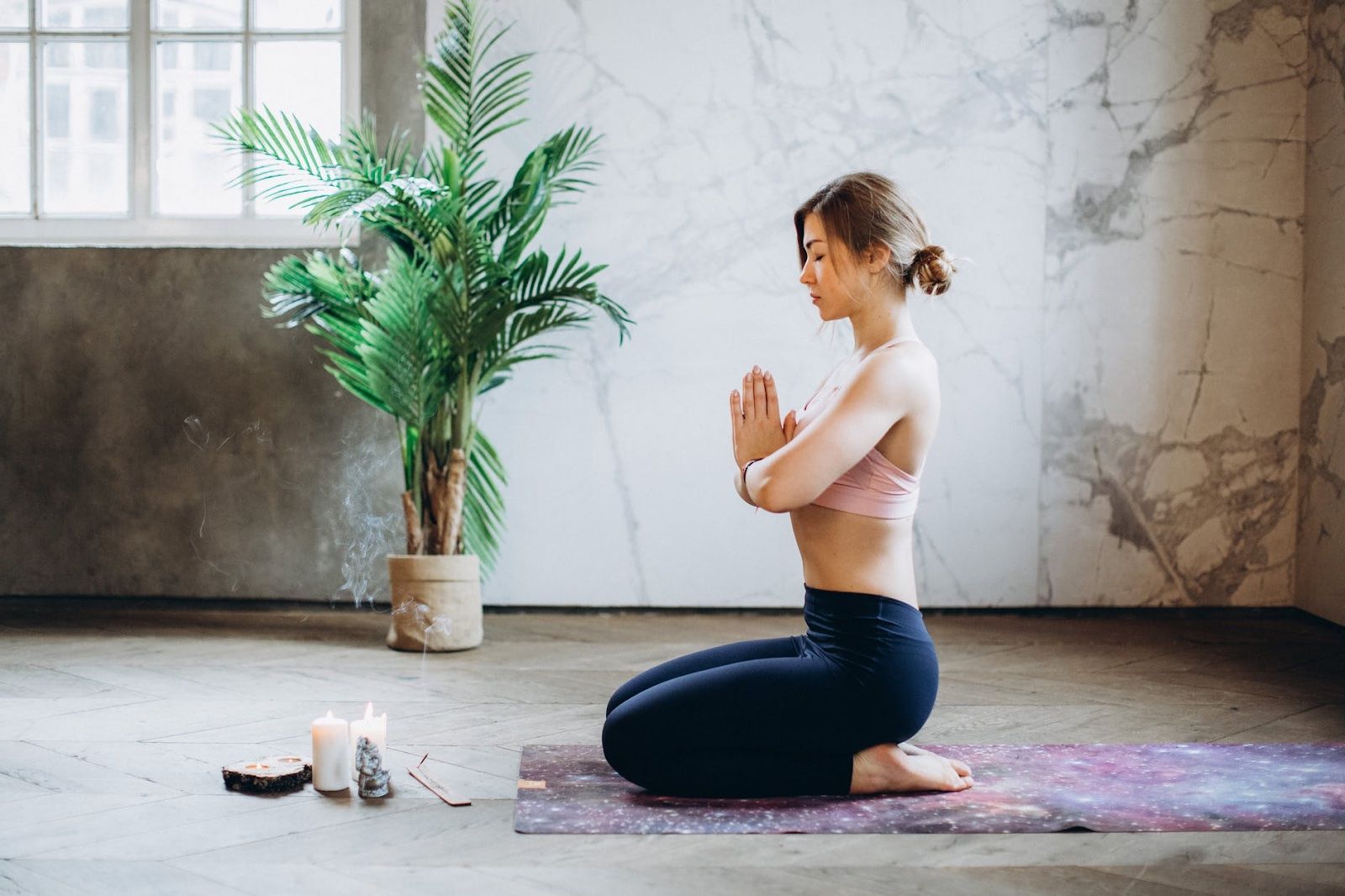 Mental Well-Being: How To Take Back Control 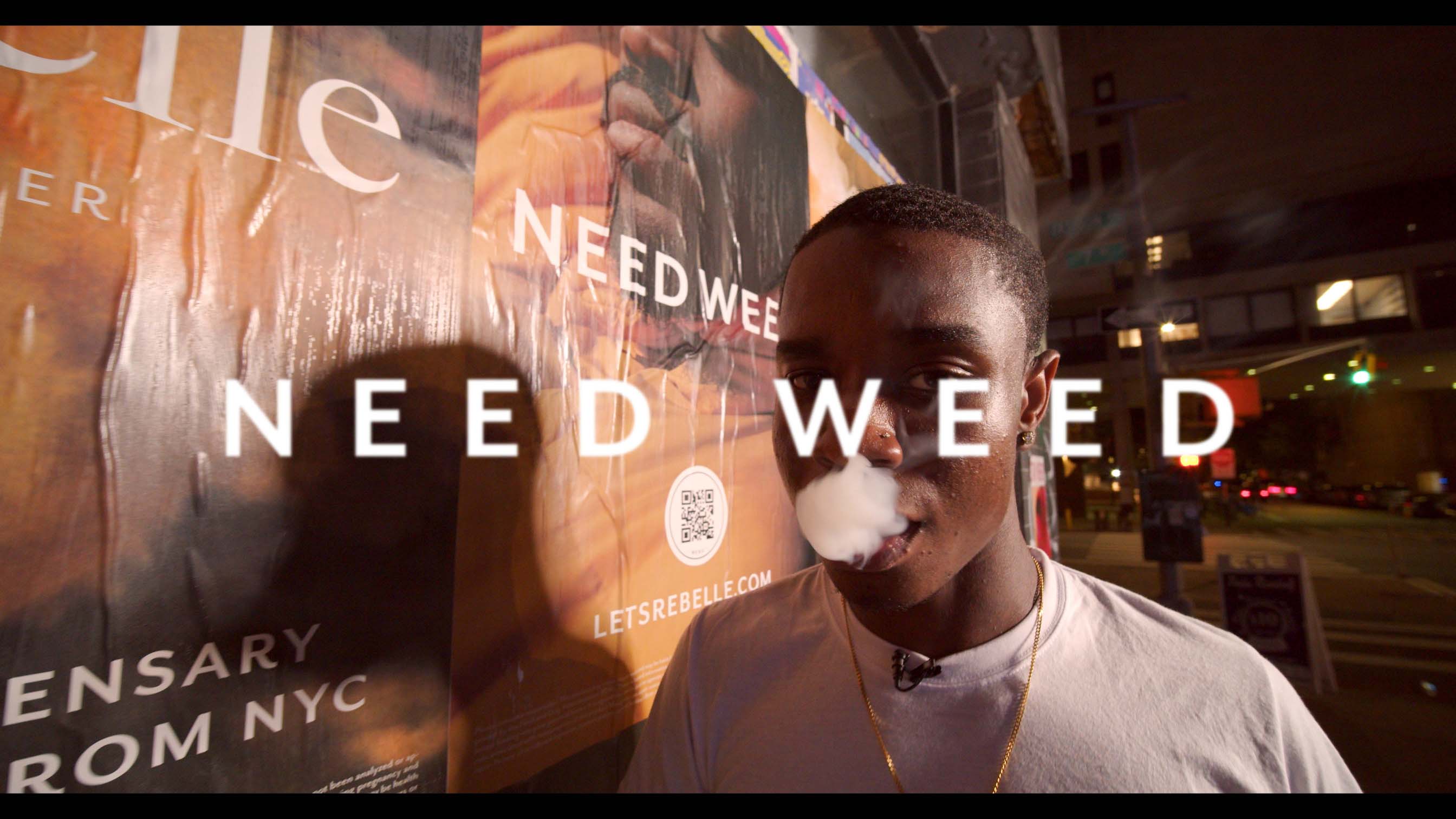