/r/JUUL or /r/QuitingJUUL: How Subreddits Foster Communication for Addiction Issues

The public image of vaping has taken hard hits in recent months. This summer marked the rise of vaping-related illnesses and even deaths, bringing this, still fairly new, recreational activity and its practitioners under public scrutiny. Calls for increased legislation and crackdown on underage vaping in communities all over the country even caused President Trump to call for a ban. He eventually changed his stance to be less absolute, but the target remains on the back of vaping communities.

Although these series of illnesses are being connected with illegal THC carts, vapes and e-cigarettes are still feeling the same pressure. With the conversation forced into the public consciousness, many on social media are fiercely debating the validity to the claims. In the midst of parents decrying vaping as an epidemic in younger generations and backlash from the vaping community, people have begun to come forward with their fears of being addicted to vapes and e-cigarettes. This includes a community on Reddit dedicated to JUUL, an e-cigarette company, on a subreddit called /r/JUUL.

A Vice article documents the sudden increase of posts regarding fears of addiction and cries for help on the subreddit. The community, which is normally a haven for smokers to send memes and converse about smoking habits, is taken aback by the influx of these kinds of posts, leading to a genuine conversation regarding helpful resources. Some immediate responses were encouraging, but many took this as a byproduct of the increased scrutiny of vaping in the mainstream media, with many users writing dismissive comments and jokes defending their lifestyle choices. Despite the initial defensiveness from the users of the subreddit, the community has come together and helped these individuals, leading to the creation of a quitters subreddit, /r/QuittingJuul. The catalyst of this new community reflects the origin story of many other drug-related subreddits.

What follows is a deep dive into the cultures of subreddits on Reddit. If you are unfamiliar, here is a brief, oversimplified breakdown of what Reddit is:

Yes, you heard that right. There are multiple subreddits focusing on recreational drug use of all kinds, all of which have bustling communities that are constantly sending memes and posts regaling their drug-related exploits. These communities break away from the taboo surrounding drug use and facilitate genuine dialogue as they discuss their drug lifestyles. Without fear of censorship or condemnation from the general public, these subreddits are able to build communities that would not have been possible in a pre-internet or even pre-social media age.

The most popular of these subreddits is /r/trees, a community that is not about the beauty of arboretums, but is a collective of potheads that love to talk about cannabis. While the name throws off newcomers, the ‘Ents’ (what the members of the subreddit affectionately call each other) revel in the name and the history associated with it.

The original subreddit, /r/marijuana, passed a new set of rules that were highly contentious in the community. The ensuing schism caused moderators and other members of the community to leave. /r/trees was already an existing hub for tree enthusiasts, but it was not very active. (If you are worried about the tree lovers out of a subreddit, have no fear! They created a community called /r/marijuanaenthusiasts, where they happily talk about trees and also confuse newcomers).The stoner exodus in the subreddit gave it a breath of new life, eventually making it the largest drug-related subreddit on the site, with 1.4 million concurrent users.

While the cannabis industry and cannabis users may be entering an era of acceptance replacing past stigmatization, that was not the case when the subreddit was created in 2009. It was in those early years, the community faced a predicament that is similar to the one now faced by those in the JUUL community. This is what lead to the creation of the aptly named /r/leaves, a place that provides a supportive environment for those who want to stop smoking.

Created in 2011, the community also has a much smaller subscriber base (105,225 users) compared to the original subreddit it’s derived from. Once you get on the subreddit, you’ll notice many posts that start with the number of days they have been off the drug, followed by the reason for their posts. Other posts ask for fellow users to wish them luck before they head out to do an activity they closely associated with smoking, which they now undertake without the plant. Clicking on posts shows a supportive group that is quick to advise and even quicker to cheer each other on as they go through this self-rehabilitation journey.

The creator of the group, user /u/subduction, explained why he created the subreddit in an AMA (ask my anything):

“I started /r/leaves in the hope that the pot community could deal with addiction in a more open and accepting way than how it was done with alcohol. Ents care for each other in so many ways, that should include people who are having a tough time. I honestly believe the support that /r/trees has always given to /r/leaves is the number one factor in making it the place that it is.”

The internet fosters communities that allow users to talk about their lifestyles freely. Communities and cultures built around the lifestyle of drug use cannot exist without coming to terms with the fact that people do get addicted to drugs. Whether we like it or not, genuine discourse has sprouted from the vaping controversy, with many people feeling compelled to come forward with their addiction stories and seek help. Conversation is great for any community, especially when mainstream misinformation and lack of research doesn’t allow drug users access to pertinent information. The relationship between /r/Trees and /r/Leaves shows that this is a natural progression for communities centered around drug use. To this day, the founder of /r/leaves advertises the subreddit on /r/trees twice a year, broadcasting an avenue for help to new Ents in the community.

For internet culture to remain a haven of discussion, one that ignores the taboos society puts insists upon upholding, drug culture and communities need to be open and inviting to those who are addicted and need help. Fortunately, they are no longer just sweeping addiction under the rug because it kills their buzz. 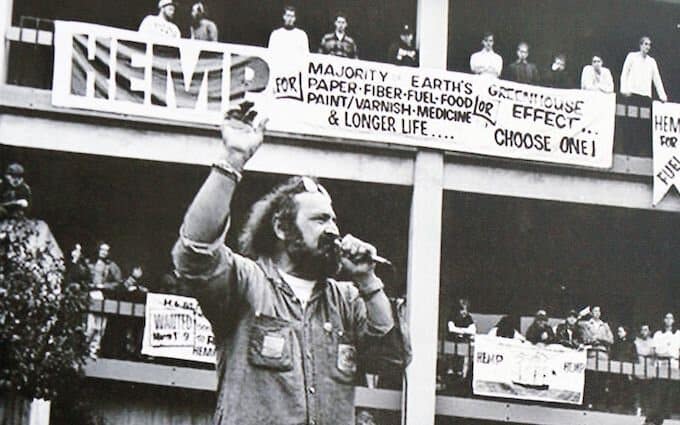