On the Oppression of Trans Athletes, the Equality Act, and Socially Constructed Binaries

a year ago by Alexa Nasiedlak • 6 min read

After an eerily familiar debate regarding the use of bathrooms in 2018—think Jim Crow-era segregated public facilities—introduced the conversation of gender identity versus biological sex into everyday dialogue, the participation of trans people in sporting events has become a major point of discussion in public discourse.

The Oppression of Trans Athletes in Sports

On March 4, Governor Tate Reeves announced his intention to sign the Mississippi “Fairness Act,” a bill that essentially promotes transphobia among a variety of public schools and educational institutions.

Mississippi is one of 24 other states marked by the ACLU that are considering bills that in some way, shape, or form exclude transgender individuals from participating in school sports.

In a similar vein, the Minnesota bill HF 1657—which some may call the worst legislation targeting trans youth to be put forward so far this year—penalizes transgender women for participating in “female-only sports.” The penalty is a petty misdemeanor (the implications for minors are unclear). Additionally, the bill aims to send young transgender girls to jail if they are to use locker rooms or other facilities that align with their gender identity and not their biological sex.

In some ways, these transphobic bills can be viewed as a response to the passage of the Equality Act in the federal House of Representatives. The Equality Act—introduced in every House session since 2015—is like an add-on to the Civil Rights Act of 1964, modernizing, legitimizing and combining ideas from the Civil Rights Act, the Fair Housing Act, Equal Credit Opportunity Act, among others, and it’s the first act that explicitly guarantees LGBTQ rights and protections.

The LGBTQ+ community has long been overlooked, left behind and ignored; their rights have been denied, privacy invaded, and security threatened. It took until 2012 for a US President to support and defend same-sex marriage, until 2015 for the word “transgender” to be used in a State of the Union, and until 2021 for the Equality Act to make it past the House of Representatives.

Prior to the Equality Act, there have been no laws guaranteeing protections or rights specifically for transgender individuals or the LGBTQ+ community in general. The exception to this are a few executive orders and two Supreme Court decisions ensuring the right to marry and the right to a non-discriminatory workplace. Executive orders, though, are easily overturned. Late Obama-era LGBTQ+ protections were mostly just executive orders, making it extremely easy for Trump to rescind those human rights throughout his presidency.

This lack of protections has allowed states and local officials to use words like “equal opportunity” or “fairness” to their own gain, while excluding a group of individuals who have every right to participate in public, federally funded activities.

Title IX and the History of Sex-Based Segregation in Sports

Historically, sports and athletics have been male-dominated and used as a way to enforce “manly traits,” while women’s sporting events were focused more on socializing.

Title IX was established in 1972, which used the same “separate but equal” framework as the Plessy vs. Ferguson Supreme Court decision, which stated that separate facilities for different races were allowed as long as they were “equal.” The Plessy vs. Ferguson ruling established the groundwork for Title IX’s attempt at solving sex-based discrimination, where men and women can have separate sports as long as they are “equal.”

This lead to years of discourse amongst sport officials arguing pro-segregation on the basis of sex: girls were more prone to injuries, therefore playing with the boys would result in higher chances of their physical harm, teams were to be segregated to guarantee “fairness,” and ensure that female athletes weren’t over-powered if boys and girls were to compete together, among other segregationist arguments.

So while racial discrimination is no longer commonplace, sex-segregation is acceptable and still argued today.

People believe that men and women truly have “separate but equal” sports. As a result, transphobia has become the new means of social oppression. The blocking of trans rights have become the efforts of many right-wing policy makers, making trans rights and protections the new frontier of necessary social justice and legal reform.

Title IX applies to nearly all educational institutions: from grade school up until graduate school. The application of Title IX also includes private undergraduate schools who use federal student loan programs for their students.

In 2011, the National Collegiate Athletic Association (NCAA) released a guide regarding college-aged transgender student-athletes. The NCAA Inclusion of Transgender Student-Athletes guide—despite its perpetuation of the boy/girl gender binary—does a somewhat decent job protecting and encouraging the participation of trans-athletes in school-sponsored athletics.

Their “Guiding Principles” regarding the inclusion of transgender athletes were unprecedented for the early twenty-tens social environment, where even the sitting President Obama was undecided on his approval of the basic right of marriage equality. The first principle declared objectivity and scientific evidence as the basis for any policy created in regards to transgender student-athletes.

Their guide states the specific number of months a transgender woman must be taking testosterone suppressants in order to participate in a “women’s” sports team and continue to have it considered as “women’s,” rather than being classified as “mixed,” or coed.

This recommendation, while a solid attempt to encourage inclusivity, seems intrusive. The language it uses in its policy is dated (“transsexualism” “MTF,” “birth gender”), and the policy itself is invasive, requiring a student to provide proof of a “medical exception” and a diagnosis of “Gender Identity Disorder or gender dysphoria and/or Transsexualism” to approve the use of hormones while playing a sport.

On the surface, this policy may seem like it has good intentions. The language, though, reads problematic: the policy assumes that someone who is transgender inherently has something that is causing them to be different, some -ism or “disorder” that they have to treat. It assumes the student is comfortable sharing their personal medical records with multiple levels of authority (coaches, the division coordinator, and so on).

Trans folks don’t have a condition that medicine is fixing; transgender individuals are taking hormones to fit their gender identity, not medicate their disorder.

We live in a socially constructed society. Concepts like race, virginity, marriage, gender, family, even time, are human-constructed for us to better understand the world around us. All of these terms change definitions as time passes—marriage looks a lot different now than it did in the 17th century—and these same terms are defined differently across cultures.

It’s even easier for us to understand the world when its people are categorized into those little boxes—yes, exactly like the ones in standardized tests, college applications, most surveys, job applications, etc. The easiest and simplest form of society is seen when we understand others in binary form. Gender as a binary; class, location, race, sexuality all as binaries to narrow the complicated world in which we live.

Colonization created the North-South divide, the Cold War-era gave rise to the East-West dichotomy we continue to see today, capitalism allows for an evident separation between the upper and lower classes, racism makes us see people as either Black or white. Instances like those of sex-segregated sports reinforce the gender binary.

Policymakers create legislation (or avoid making legislation) in order to reinforce these binaries. Trump’s Muslim Ban, his Transgender Military Ban, the refusal to implement a Wealth Tax, consequences from the 1823 Monroe Doctrine are all indicative of these binaries.

Moving Beyond Binaries and Towards Trans Inclusivity

What’s the solution? There’s really no easy one. Actively working to rid ourselves of the binary-way of thinking is perhaps the first step to creating an inclusive society. Using ‘they’ as someone’s pronoun the first time meeting them, rather than assigning them your perception of their gender identity, asking about someone’s partner rather than boyfriend/girlfriend to not only avoid the gender binary, but eliminate heteronormativity, advocating for legislation that proactively does something to change the ways in which the government perpetuates binaries, are example of ways in which we can take a step towards inclusivity.

Rather than attempting to force transgender individuals to conform to the current binary system, why don’t we transform the binary system into one that is simply inclusive. If someone, of any gender, wants to participate in a sport, let them: players play on teams based on skill, not their biological sex. Teams are divided into categories based on skill-level, events are divided by skill-level, etc.

Let’s stop making transgender individuals advocate for their own participation, and instead proactively change oppressive dichotomous systems through legislation that protects trans youth rather than criminalizing them.

Reconsider the binaries of your everyday life, avoid using normative language, be inclusive. 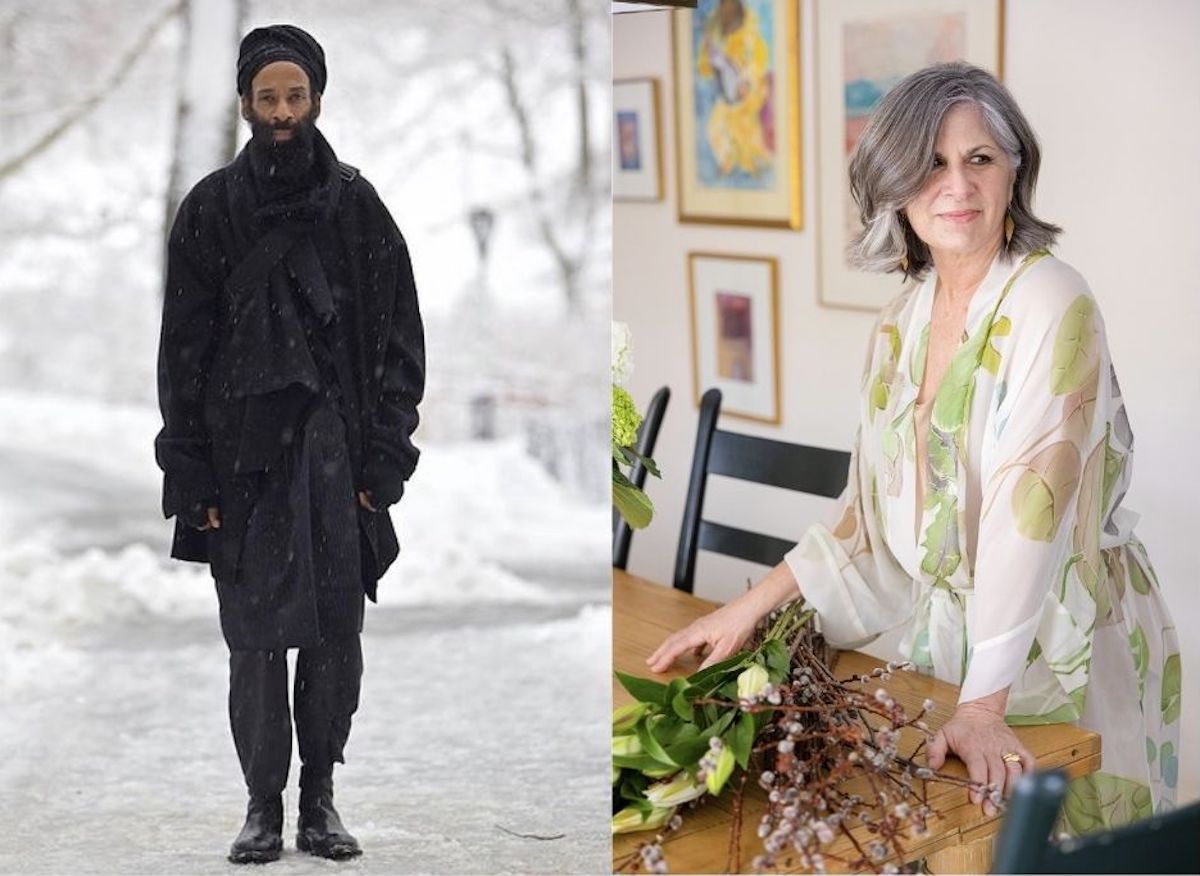 What Is Kratom And What Do You Need To Know 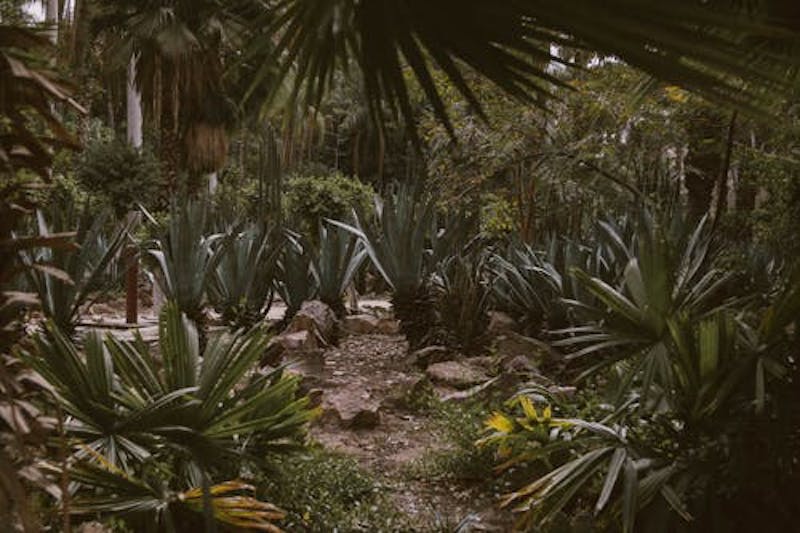