From new industries and technology to greener operations, here are some surprising areas of the country that go above and beyond in innovation.

The United States as a country is always evolving and, on occasion, that evolution can be fairly dramatic. What may have been unacceptable a few years ago is now commonplace, while rapidly changing legislation also helps to modify the landscape across the nation.

With state and local governments carrying so much weight within their own territories, it’s natural that some regions will evolve at a more rapid pace than others. So which are the most forward thinking states and districts in the United States of America?

The gambling industry is one business sector that splits America in two. Back in 2018, the United States Supreme Court effectively overturned an earlier Professional and Amateur Sports Protection Act (PASPA) ruling that had outlawed sports betting across the country. In Murphy v. National Collegiate Association, the latest decision, the Supreme Court found that PASPA conflicts with the Tenth Amendment, thereby allowing for states to begin legalizing sports betting.

Three years on from that decision, some regions have been gradually welcoming the industry while others have stubbornly refused to adopt. In New Jersey, the state has been flexible about casino play for many years, so the introduction of sports betting here was just a natural progression.

Many look to Las Vegas as the home of physical casinos, but New Jersey’s Atlantic City can comfortably match the list of establishments on ‘the strip’. New legislation has simply increased the number of providers here and the state now provides access to many online operators such as 888Casino New Jersey.

The benefits to a state such as New Jersey are evident in terms of income and of the creation of jobs within the region. In terms of sports betting revenue alone, New Jersey has claimed over $1 billion USD since June 2018 and that figure puts the state above all others in the category, including Nevada.

Add in the income from casinos and those are serious numbers. New Jersey is forward-thinking in other ways too, but its approach to the burgeoning gambling industry is a testament to its overall outlook.

Across the country, states have taken a mixed set of measures to tackle climate change and environmental issues as a whole. In Vermont, the region is facing the challenge head-on and legislation has built on an innovative and forward-thinking approach.

At the heart of the developments is the state’s largest city, Burlington, which has introduced a number of green initiatives. It’s a hub of new industry here with niche and boutique businesses such the Vermont Country Store, as well as craft breweries and organic food manufacturing which mix perfectly with the established tourism industry here.

Powering the local moves is the Vermont Green Business Plan, in place to help new and existing businesses consider and reduce their carbon footprint. Many states are reviewing their policies but Vermont is, arguably, way ahead of the pack.

In stark contrast to New Jersey, Washington, D.C. is actively resisting the rise of the gambling industry but, in most other respects, it is one of the most innovative areas in the country. The big driver here is technology and the fact that the nation’s capital boasts the fastest internet speed is just the start.

The district also contains the highest number of STEM professionals in the country. STEM is an acronym for Science, Technology, Engineering and Mathematics and this is a sector where Washington, D.C. is way out in front. It’s big on venture capital too, and, of course, this is the political hub of the entire American system.

Many independent observers agree that California is right up there as one of the most innovative states in the U.S. In fact, some sources suggest that the Golden State is at the very top of the tree.

This is the home of Silicon Valley and, as such, California is right at the forefront of new technology, but it’s possible to trace a path of innovation to more than a century prior to the digital age.

In 1862, the Morrill Act granted public land to states which could be sold for the purposes of building colleges. One of the first establishments to emerge was the University of California system, which has been cited as one of the biggest centers for problem-solving in the US.

California has always welcomed success and entrepreneurship, proven by the $67 billion the state handed out in venture capital funding in 2019. That’s a figure three times higher than that of New York and is another indication of the approach taken on the West Coast.

Depending on which source you read, Massachusetts is either the second highest-ranked state in terms of innovation or at the very top. Either way, this is a forward-thinking region and one that has adapted better than most to the global challenges presented in 2020.

These are just some of the ways in which America has been adapting to face new challenges. Elsewhere, there have been key opportunities to take advantage of new legislation. The landscape of the country means that different regions react in different ways and these are five of the best when it comes to innovation and embracing the current climate.

Bobby Ricci, CEO of the development studio Eek! Games has come a long way since the early access release of his game House Party to Early Access in 2017.

Brendan Fitzgerald's documentary opens a window into the corruption at every level of the pharmaceutical industry.

One of New York's hottest burlesque clubs is back with a star-studded revue featuring music, aerial dance, fire-eating, sexy kittens and more.

Since 1995, Dwayne Carter, better known to the world as rapper Lil Wayne, has become the definition of growth. 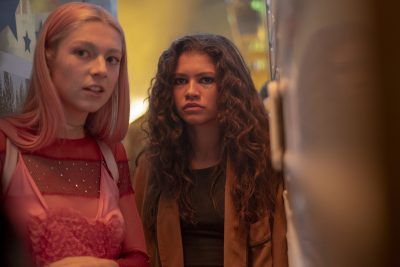 LGBTQ+ portrayals in film and TV have changed from stereotypes and villains to complex, three-dimensional main characters. Here are some of the most interesting and notable case studies.