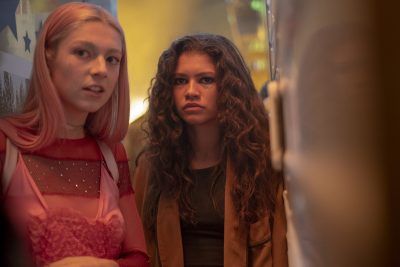 From Clueless to Euphoria: The Precipitous Rise of LGBTQ+ Representation in Films

LGBTQ+ portrayals in film and TV have changed from stereotypes and villains to complex, three-dimensional main characters. Here are some of the most interesting and notable case studies.

In recent years, LGBTQ+ representation has increased tremendously in the film and television industry. The 21st century has witnessed phenomenal movies representing the LGBTQ+ community, resulting in an evolution from films featuring first none to one stereotypical or sociopathic queer character to now a handful of characters with diverse sexual expressions.

With the increased representation of the LGBTQ+ community, prejudice has decreased precipitously as queer folks are no longer represented as repressed individuals who are bullied and looked down upon for being themselves. However, according to a recent study from Elon University titled “Representing Sexuality: An Analysis of Coming Out in Contemporary Film,” just 12.8 percent of major studio films released in 2017 included a LGBTQ+ character. Furthermore, only 64 percent of those characters were “tied into the plot in such a way that their removal would have a significant effect” and were not “solely or predominantly defined by their sexual orientation or gender identity.”

Clearly, there is still room to grow, but we have come a long way from the cliche socially isolated gay characters. Before 2000, most queer characters were depicted as “mentally disturbed” psychopaths or people suffering from some other form of mental illness. (And in fact, for most of the 20th century, homosexuality and gender dysmorphia were considered conditions to be listed in the American Psychiatric Association’s Diagnostic and Statistical Manual of Mental Disorders.) But today, individuals of all ages are being invited to embrace their sexuality openly and see a future for themselves on screen.

One of the first and most iconic films to portray a gay character in a positive light was Clueless. The movie, directed by Amy Heckerling, was released in 1995 and soon gained a widespread fanbase partially due to its inspiration being Jane Austen’s Emma. Clueless chronicles the misadventures of a teenage self-proclaimed matchmaker, Cher, who lives in Beverly Hills with her daddy with all the luxuries anyone could wish for.

The film is known for many of its popular catchphrases and launching leading actress Alicia Silverstone to full-fledged stardom; it also introduced the gay character of Christian, portrayed by Justin Walker. Clueless did have a few of the usual cliches; Cher and her best friend Dionne (Stacey Dash) assume Christian is gay because “he knows how to dress.'' However, the film does not present Christian negatively, nor is he isolated for being himself; Cher continues and even strengthens her friendship with Christian after she finds out about his sexuality. Although Christian is a side character, he isn’t shown as fearful of being himself in any way at all. Therefore, it can be considered a milestone for its time. Unfortunately, it wasn’t all sunshine and rainbows after this film.

Mean Girls: “Too Gay to Function”

The early 2000s witnessed a plethora of teenage films and shows which negatively portrayed queer characters include the incessantly-quoted Mean Girls. The film, directed by Mark Waters and written by Tina Fey, revolves around Cady (Lindsay Lohan), who has been home-schooled her entire life in Africa; her family moves to a town in Illinois and Cady finally attends public school and receives a crash course in the brutal, unspoken laws of popularity from her new friends Janis (Lizzy Caplan) and Damian (Daniel Franzese).

Damian is the only openly gay character in the film and is a complete stereotype who prefers to pass his time shopping, idolizes brands and even in one scene attempts to blend in with a group of girls. Janis teases him throughout the film by saying he is “too gay to function.” Janis, although not gay, is rumored to be because of her fashion sense. She had to drop out in middle school when a “mean girl” tells spreads a rumor that Janis is a lesbian, causing her to become a social pariah. While the movie ends in the idealistic harmony of an improbable high school utopia, there is the clear message that coming out and being labeled as queer can have life-shattering consequences.

Outside of major plot points, Janis and Damian are socially isolated throughout the film and play the role of sidekicks to the main character, unfortunately an upgrade from the entirely inconsequential role of queer characters such as Christian in Clueless. Many teenage films and shows similarly negatively portrayed the LGBTQ+ community throughout the 2000s, with a few exceptions, such as Transamerica, I Killed My Mother and Shelter.

In recent years, notable films and shows have begun to accurately represent the LGBTQ+ community, with one of the most famous being HBO's Euphoria.

Euphoria flips the “sexually-deviant” sociopath trope on its head. While we like to think that this loaded stereotype was abandoned decades ago, it has seeped into modern programming with shows like Killing Eve, House of Cards and How to Get Away with Murder. In all three shows, characters are sociopathic because they are bisexual, the implication being that once an individuals abandons sexual norms, all morality is out the window. A cursory glance at Euphoria’s two main characters who spend the show in a will-they-won’t-they dance would allude to the same.

The show begins with a very clear depiction of queer Rue (Zendaya) being so uncomfortable in her own brain that the only way out is through self-medication via pretty much any suburban drug she can get her hands on. Haunting images of blood dripping from the tips of transgender preteen Jules’s (Hunter Schafer) fingers after she self-harms could communicate the message that a trans body is too awful to exist within. However, Euphoria makes one universe-shattering distinction — these characters and others throughout the show exhibit self-destructive behaviors because they deny their true selves.

Rue is only able to become clean when she embraces her same-sex attraction. Jules smiles blissfully at nothing in particular when she is able to transition. Upon being asked by her father what she’s smiling for, she blithely responds, “You know, life.”

There is of course a risk that viewers may not make these connections, but there is also the hope that they will, that young people feeling ostracized in small-town life may find a beacon of HBO-induced hope.

The Half of It: Hidden Identities and Heartbreaks

While Euphoria has an army of rapt viewers, many may not be able to relate with the extreme experiences of the characters who spend their days indulging in extortion, blackmail and armed robbery. On the other hand, The Half of It depicts the quotidian struggles of being queer in a small town. The film, directed by Alice Wu, was released in 2020 and won the hearts of many people not only for the heartwarming love story but for its complex and accurate representation of the queer community. The protagonist is a queer Chinese teenager, Ellie Chu (Leah Lewis), who lives in a rural whitewashed town. Ellie is in love with Aster (Alexxis Lemire), another girl from her school, but is scared to openly admit her feelings as she believes she will be criticised by her traditional Chinese father (Collin Chou). Hence she helps Paul (Daniel Diemer), a boy who is also in love with Aster,  write love letters and is able to communicate her feelings via the unaware Paul. Heartbreaks galore ensue.

At times, The Half of It feels long and perhaps bordering on tedious without the flash of Tina Fey-crafted humor or bright, drug-induced trips. But it speaks to the coming out process as just that, an everyday process. Ellie must explore, question and ruminate on feelings she has no guide to unpack. She wants to make her father and the memory of her late mother proud, she wants to remain loyal to her friendship with Paul, but she also wants to kiss Aster, and in the end, she must decide if she’s willing to pay the price of living a lie.

Increased LGBTQ+ representation in media has also led to reduced stigma around the community. Pride month every year is celebrated all around the world by people embracing their true colors. Seeing characters confidently carry themselves on the big and small screens imparts a sense of comfort and belongingness to a community. There is something liberating and empowering about openly and shamelessly being a part of a community. As Oscar Wilde once said, “To love oneself is the beginning of a lifelong romance.” 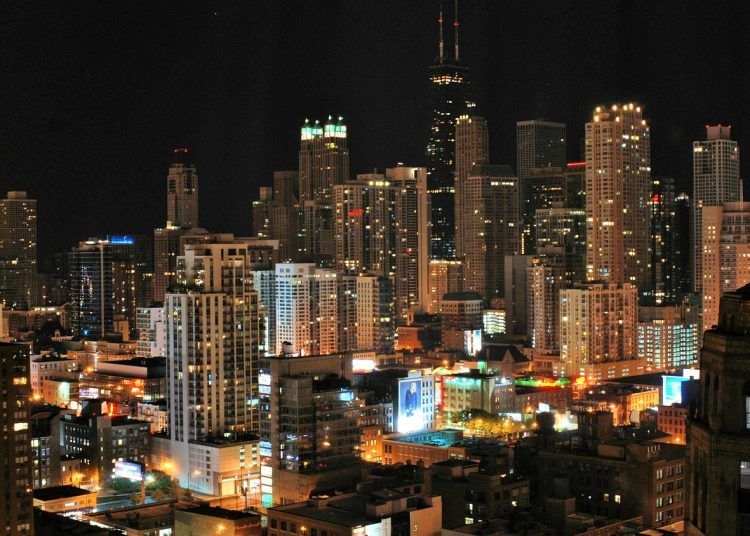 Returning to Our Roots: An Interview with Black Plant Chick Jade 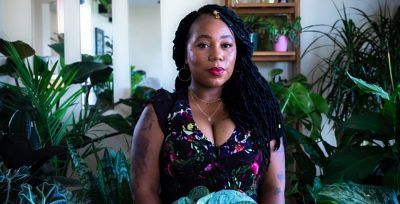