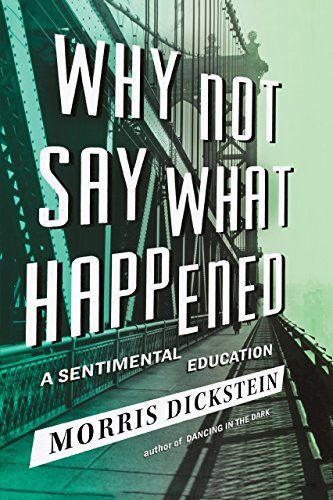 Although many other chronicles have reduced these decades to the cliched dichotomy of “conformist” vs. “radical” or “square” vs. “hip,” Dickstein’s restrained, modest, and tasteful memoir offers the middle way.

Morris Dickstein’s memoir Why Not Say What Happened charts the course of a life that dovetailed with the monumental cultural shifts in the United States between the 1950s and 1960s. Although many other chronicles have reduced these decades to the cliched dichotomy of “conformist” vs. “radical” or “square” vs. “hip,” Dickstein’s restrained, modest, and tasteful memoir offers the middle way. He was always able to apprehend trailblazing new works while still deeply appreciating established, accepted forms.  Indeed, the distinguished critic, professor, scholar, and book author highlights the life-transforming effects of studious reading in the raging sea of change in mid-century America.

Dickstein was born in 1940 into an extremely conservative, Jewish-American community on the Lower East Side of New York City.  While making his way from his youth as an academic maven in yeshiva school to being a superlative university student of literature and history (Dickstein passed muster at Columbia, Yale, and Cambridge as he segued out of the 1950s and into the 1960s), he constantly noted the connections between past and present.  How so?

For example, before Beat poet Allen Ginsberg acquired any respect in the academy, Dickstein clearly ascertained that there was, indeed, a clear and discernible connection between the author of “Howl” and the work of English Romantic poet William Blake, as well as the 19th-century “barbaric yawp” of Walt Whitman.

But it wasn’t just the contrasts between the Ivory Tower and the increasingly noisy world outside that created conflict and tension in Dickstein’s early years—there was also his intimidating sense that to be plunging so headlong into university life was a one-way ticket far and away from the Jewish orthodoxies of his childhood and adolescence.

Unlike archetypal young rebels seeking to break away from all aspects of family “tradition,” Dickstein had no such simple impulses.  He wanted to remain connected to some of what had defined his adolescent formation in the milieus of his yeshiva, a kosher home, Zionist summer camps, his first jobs in the Catskills, and family life.

And yet, he was driven to aspire to secular academic excellence, with a career as a professor always in view.  Such an exalted goal was a given in the life and the mind of Dickstein, who was willing to work like a yeoman with books and ideas. It is no surprise that he earned the mentorship of New York’s esteemed intellectual giants F. R. Leavis, Lionel Trilling, and later on Harold Bloom.  By age 30, in 1970, Dickstein’s career was launched.

The heart of this memoir, that is the interplay between tradition and change, appears again and again in the arc of the author’s life.  While he was always steeped in Old World classroom protocols throughout his student years, he was also always in tune with the wider world’s cacophony and tumult. He was astutely aware of how it was affecting his generation.

As he noted: “There were also momentous changes in the arts that kindled and channeled a new rebellious spirit: often scandalous Beat poetry readings before immense audiences like the one at Columbia in 1959; the lively bohemian folk music and coffeehouse scene that blossomed in Greenwich Village and in college towns, its roots in the old left-wing protest culture of the 1930s; the mind-bending new wave of foreign and low-budget independent films that challenged the Hollywood system and ushered in an exceptional moment of moviemaking and cinephilia; a vibrant modern jazz scene, linked with both Beat poetry and abstract expressionist art; and a restless, adventurous off-Broadway theater featuring the most innovative modern playwrights like Luigi Pirandello, Samuel Beckett, and Bertolt Brecht alongside provocative young American writers such as Edward Albee and Jack Gelber.”

Such a sweeping assessment of the New York ambiance surrounding Columbia University as America tipped into the 1960s is the perfect sequel to Dickstein’s earlier anecdote about “a peculiar standoff [that] developed between me and my Hebrew teachers . . . One of them, having spied me reading something behind my Talmud volume, swooped down on me and seized not a comic book, as he expected, but a slim volume of the Yale Shakespeare—appropriately, As You Like It, a play about leaving the city and the court behind, to find passion and regeneration in more natural surroundings, just what was missing on the Lower East Side.  Instead of tearing the book up in front of the class, as he would have done with a comic book, he stared at it blankly, as at a foreign body that had insinuated itself into Jewish life.”

Such royal paradoxes inform the book throughout.  And it’s no shock to the reader that gradually, incrementally, as the narrative peaks in the late 1960s and early 1970s, Morris Dickstein bridges the gap between the Old Guard of the patriarchal academe and the student radicals who shut Columbia University in April 1968, the same month Martin Luther King was killed.

Personally, I can still recall the bookstore I was browsing in and the sense of startled wonder I felt when initially seeing a copy of Dickstein’s first book: Gates of Eden.  The book’s title echoed Bob Dylan and its cover art made great use of a file photo from a late-1960s demonstration. The so-called Reagan Era was imminent and the activist decades of the recent past were, to say the least, out of fashion.

However, that serious study of the incendiary 1960s — written by a scholar who could communicate clearly to a wide public audience — fascinated me.  Indeed, it still does. No less fascinating is Morris Dickstein’s Dancing in the Dark ~ A Cultural History of the Great Depression.

At its most personal, Why Not Say What Happened also offers readers a great love story, because in addition to his storied career as an intellectual maverick, the author’s life has also been defined by one marriage (more than fifty years) and the joys he discovered when rising to the challenges of fatherhood.  A life of blessings, by and large.

In 2020, a memoir as textured, bookish, and capacious as Why Not Say What Happened affirms not just the life’s work of Morris Dickstein, but also the life of the mind. 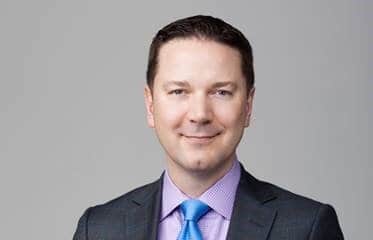 Premium Rush: Michael Klein and the Miracles of Cannabis Media 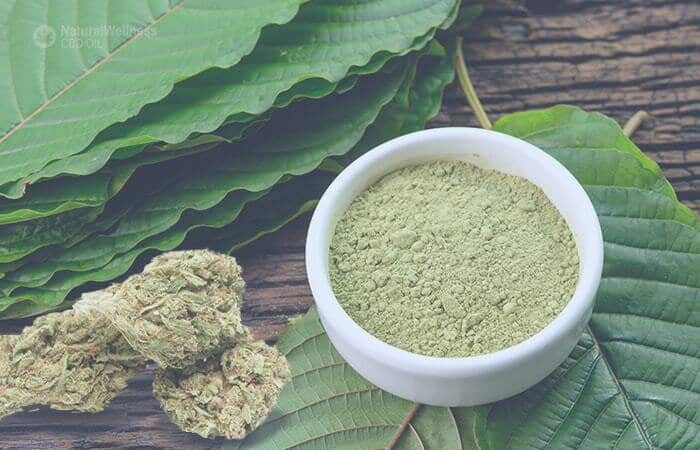