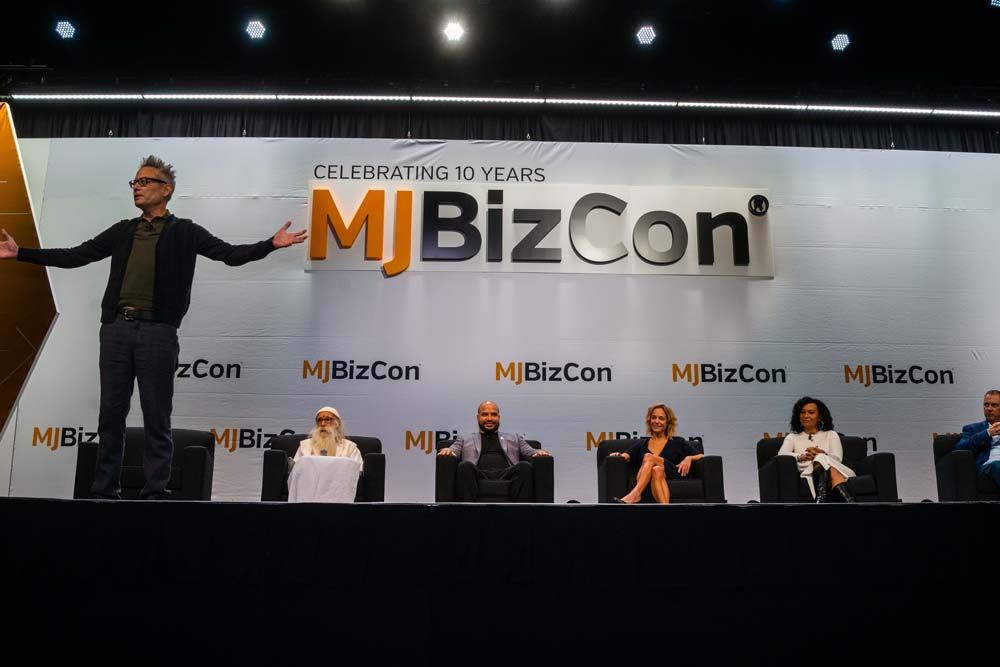 The world's largest cannabis business conference returned, celebrating 10 years of industry and the sector's brightest minds. But what happens to diversity as business expands?

After nearly two years of virtual-only events, Las Vegas Cannabis Week roared back to life, a hurricane of activity encompassing the many intricacies of the plant-based industry. While numerous events swirled around the city to honor advocacy and business strides in the space, and as competition arose in the form of exclusive conference MJ Unpacked (more on that to come), the week still centered on Marijuana Business Daily’s MJBizCon, the world’s largest cannabis industry trade show. Featuring over 1100 exhibitors and upwards of 20,000 attendees representing 75 countries, MJBiz filled the Las Vegas Convention Center with the sector’s brightest minds as it celebrated ten years showcasing cannabis business.

Honeysuckle was one of the first cultural publications ever allowed to cover MJBizCon, starting with its move from Denver to Vegas in 2017 and beyond as it has continued to evolve, reflecting the industry itself.

State of the Cannabis Industry

MJBiz CEO Chris Walsh opened this year’s conference to show how cannabis has expanded exponentially nationwide. Medical and adult-use cannabis combined brought in $20 billion revenue in 2020, with estimates that total revenue for 2021 will be close to $26.4 billion. More states have legalized for adult-use since November 2020 than in the previous three years combined, and the market value of these regions – many with high-performing financial sectors – is enormous. New York alone is projected to bring in $1.1 billion from its first year of full cannabis retail. Most of the country’s population, according to Walsh, now lives in places that have legalized some form of cannabis.

Walsh also gave a heartfelt tribute to Steve Fox, a longtime cannabis policy advocate who ran the campaign for Colorado’s Amendment 64, which legalized adult-use in the state in 2012 (the first-ever law to do so in U.S. history). Fox, president and managing partner of VS Strategies and a leader at the trailblazing Vicente Sederberg law firm, passed away in April 2021. He played pivotal roles in organizations such as the Marijuana Policy Project, the National Cannabis Industry Association and the U.S. Cannabis Council.

Bringing conference attendees up to date, Walsh shared trending topics and some of his predictions for the industry going into 2022:

Eye on Diversity: Where are the Women and Minority Cannabis Executives?

For MJBiz 2021, it seemed everyone wanted to answer the question: What happens to legacy operators as the country moves toward federal legalization? Different states have grappled with issues regarding “culture cannabis” entrepreneurs – those who engaged in the cannabis market before Big Business entered the space – and so far, every effort to create a regulated industry has come up short. Thousands of people remain imprisoned on cannabis-related charges, unable to participate in the market for which they sacrificed. Even in states that allow for expungement, technicalities of the state-assisted systems often bar formerly incarcerated citizens from taking jobs in cannabis. And multiple obstacles including the cost of retail licenses, to business training, to old-fashioned Establishment racism, have kept people of color from gaining substantial leadership positions to succeed in the industry.

It’s a sad situation for the cannabis space, which has long prided itself on maintaining an inclusive environment where women and BIPOC could thrive as executives in greater numbers than other sectors. As Walsh showed, the percentage of women leaders in cannabis has fallen from 36.8 in 2019 to 22.1 in 2021 – lower than the national average of 29.8. Minority executives fare even worse, down from 28 percent in 2019 to 13.1 in 2021, just about on par with the national average of 13 percent.

“We can’t lose what built this industry,” Walsh emphasized, even as he noted that women and BIPOC are losing their positions. “[Legacy operators are] a foundation that we’re all tapped into, and they’re clashing with the new very business-minded people coming in. We have to have both to succeed. We need that outside experience and expertise and maybe money, [but] the outside has to understand that this is a very different industry. You’ve got to respect it, and you have to respect the people in it.”

But do legacy operators feel respected? At the mainstage panel "Clash of the Titans", moderated by cannabis pioneer Andrew DeAngelo, “culture cannabis” entrepreneurs debated Big Business representatives on how the industry can unite the fractionalized communities.

“What is it that we are looking at for ingenuity, what are the products that are coming to the table?” asked Wanda James, founder and CEO of Simply Pure, the first Black woman in the United States to own a dispensary. “This is coming out of cannabis culture, what the streets have looked at for cannabis… since going back to the time of Louis Armstrong. So this is where cannabis culture and Big Business need to come together… And just like Walmart or Amazon, those companies have to invest in smaller entrepreneurs to continue to be able to grow this industry.”

“Cannabis companies only can exist because of the incredible sacrifices legacy operators have made,” said Jennifer Drake, COO of Ayr Wellness, a new entrant into the space. She noted that states that legalized earlier, like Colorado and California, haven’t implemented effective inclusion plans for marginalized groups as states such as New York and Michigan have.

“Currently in New York there’s a $5 billion a year market operating,” observed Vladimir Bautista, co-founder and CEO of legacy brand Happy Munkey. Relating his difficult experiences growing up in Harlem’s street culture, Bautista explained how the legacy cannabis market has flourished over the past eight years and given young entrepreneurs a safe space away from hard drugs. “Just like me, there are… millions of people around this country who had to do this for the last 8 years, for Big Business to walk into a $5 billion market.”

“There is not a company in cannabis right now that can show where their board of directors, their C suite, their managerial and their pipeline into the company is focused on diversity or women,” James charged. “Women and minorities are not counted in this industry, not financed in this industry, and are not moving forward in this industry… 99.9 percent of [Black entrepreneurs with licenses] have not been funded to the point that we have asked to be funded to, because our businesses are not validated in the same way that a 25-year-old white guy in California that has no business experience or licenses will get $25 million from [investors]. We can’t discuss moving forward until the focus changes.”

What Does the Cannabis Industry Need for Inclusivity?

The discussions would reverberate around the Convention Center throughout MJBiz. A later session revolved around how to define niches for minority entrepreneurs and how to find supportive communities and strategic partnerships within cannabis. Speakers included Tahir Johnson, Director of Social Equity and Inclusion for both the Marijuana Policy Project and the U.S. Cannabis Council; Tom Nolasco, Director of Legal and Strategic Initiatives for the National Association of Cannabis Businesses; Kristi Kelly, Chief Strategy Officer at Sozo Companies; and Ernest Toney, founder of BIPOCANN.

Interestingly, some outlets such as CANiVISION reported that more people of color represented at Vegas Cannabis Week than ever before. But despite the power of MJBiz’s lineup and the celebrity presence of figures such as Shark Tank’s Daymond John and hip-hop icon Lil' Kim (who announced her new cannabis brand Aphrodisiac with Superbad Inc.), significant events and conversations around diversity took place off-campus. Minorities for Medical Marijuana’s “DICE: Diversity in Cannabis Event” promoted communal networking, while “Blunt Brunch” by Adelia Carrillo and Parisa Rad emphasized women’s leadership.

What does the industry need to push forward? Many of MJBiz’s speakers seemed to agree with Wanda James’s assessment: First, lobbyists from Big Business should not and cannot be lobbying against programs that encourage minority involvement in cannabis. Second, federal licensing procedures in each state must be structured to prevent monopolies. Third, Big Business must participate in creating opportunities for entry level entrepreneurism.

“Without that partnership happening,” James predicted, “this industry in 10 years will continue with a legacy market that defies the government because nobody wants the products that Big Business is putting forth, and big business won’t have women and minorities in the C suites, in the board of directors, and in the management teams.”

All speakers were united in one of James’s final exhortations – that this country must stop arresting and incarcerating people for cannabis. Cannabis is on track to become one of our country’s most profitable industries by 2025. In order for it to be fair, equitable, and inclusive, we must heed the words of the legacy operators who risked everything for such a space to be built. What good do profits do for our national soul if we aren’t sharing the wealth?

For more about MJBizCon, visit mjbizconference.com or follow @mjbizdaily on Instagram. MJBizCon 2022 will take place November 15-18, 2022 in Las Vegas. 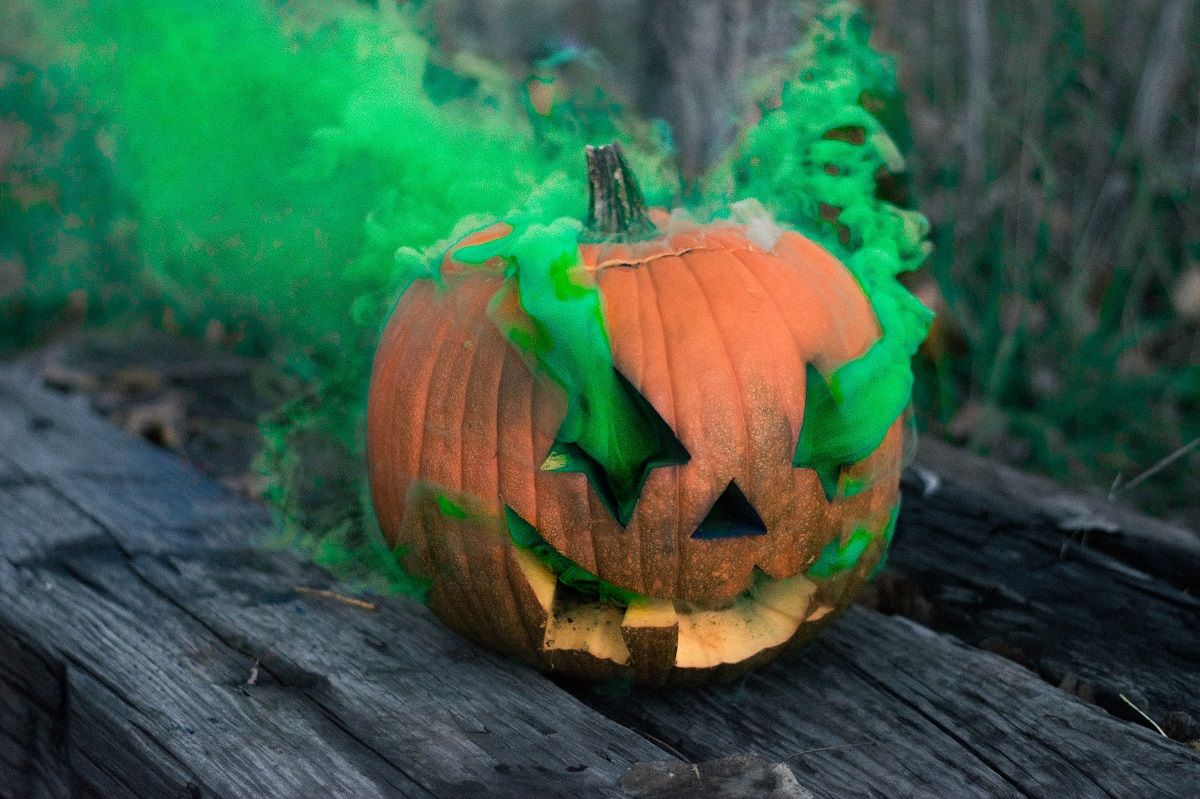 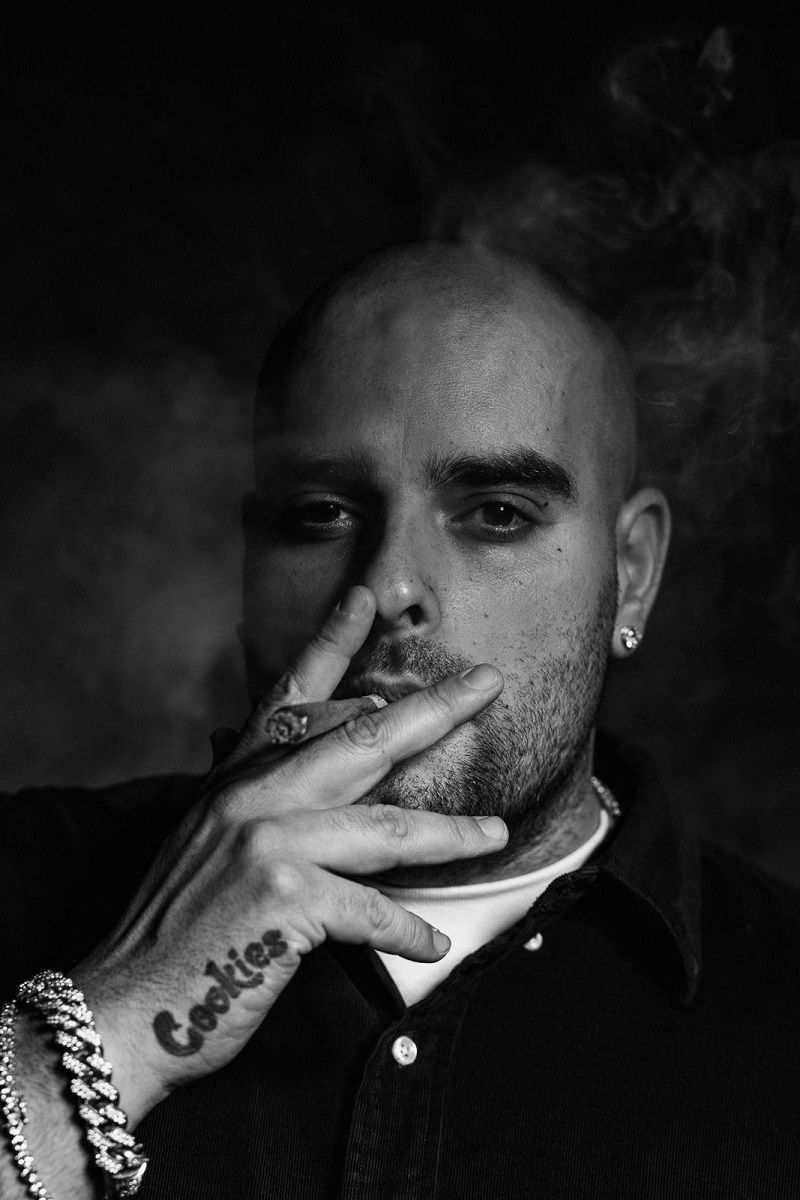