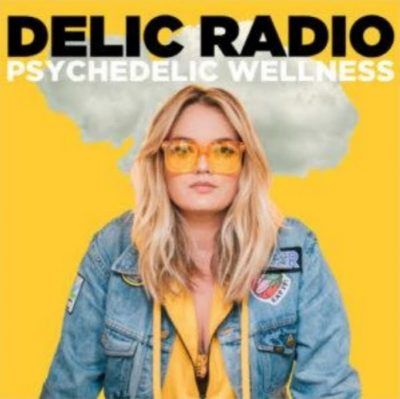 Through scientific research, media, live events, and ketamine clinics, Delic is transforming how psychedelics can shape our lives for the better.

“The Psychedelic Renaissance is back,” proclaims the team behind wellness brand Delic. But when you look at their wealth of information and experience in the cannabis and research industries, you’ll know it never really left – it just went underground for awhile. Now thanks to Delic, the first marketplace for mainstream access to psychedelic wellness, the healing power of psychedelics presents itself full-force as the solution to a healthier future.

Research is consistently emerging that proves psychedelics have significant beneficial effects when used in treatment for mental health issues, addiction therapy, palliative care, and Post-Traumatic Stress Disorder (PTSD). In 2019, the FDA approved esketamine – a medication using the substance ketamine, which induces dissociative anesthesia – as a fast-acting antidepressant. Studies have shown that psilocybin (“magical mushrooms”) is equally effective at treating depression, can aid in weaning people off cigarettes, and can reduce end-of-life anxiety in terminally ill patients.

The first half of 2021 has seen particularly exciting expansions in the company, as Delic acquired Ketamine Infusion Centers’ (KIC) 20-plus clinics in February to integrate education with action in their ecosystem of entities. Most recently, they announced a proposal to acquire two additional clinics in Arizona, a groundbreaking move which would double the Centers’ footprint.

“This is a major step toward becoming the largest ketamine clinic operator in the country, bringing superior quality and expanding access for patients,” says Delic’s CEO and co-founder Matt Stang. “KIC is the leading name in high-quality care and incredible outcomes for its patients, and this move helps grow that reputation significantly. As a vital part of the Delic platform, KIC will continue to offer wellness and benefits for many people suffering from anxiety, depression and PTSD.”

Sonny Diaz, co-founder of KIC, comments, “We are thrilled to join the Delic family… allowing greater access to patients for these vital services. Ketamine Infusion Centers’ unique model and passion to obtain the highest patient outcomes and purely evidence-based practices is a perfect fit in the Delic ecosystem. Together with their vast knowledge of psychedelic wellness, strong partner channels, and mission to bring psychedelic wellness into the mainstream, we see unlimited potential of how many lives we may positively affect together.”

Delic has an excellent track record of changing lives for the better. The company was founded by Matt Stang and his wife Jackee, former High Times executives (Vice President of Programming and Chief Revenue Officer respectively), as a passion project to empower the public and end the War on Drugs. To that end, Delic is widely known for its media arms, which comprise Reality Sandwich, an artistic educational platform with detailed guides on everything from identifying psychedelics to how to enter and build brands in the industry, and Delic Radio, with programming led by Jackee Stang.

In April the brand hosted Meet Delic, a premier psychedelic wellness conference at the Wisdome in downtown Los Angeles. Attendees experienced exhibits featuring augmented reality, presentations from over 15 mind-state technology vendors, an interactive networking space, and panels discussing topics such as safety and harm reduction, mental health and psychedelics, and more. Speakers included author and Bulletproof founder Dave Asprey, National Geographic’s Jason Silva (“a Timothy Leary for the virtual age”), and leading psychologist and neuroscientist Dr. Carl Hart. Meet Delic is the world’s first conference to present over 20 hours of psychedelic education to the public, and the Delic team holds continuous virtual events under the banner as well. Those eager for knowledge can check their website and Instagram for dates on upcoming events, plus playback videos from past conferences, particularly their livestream series on mushrooms.

Matt believes the psychedelic industry has moved at a much more rapid pace than cannabis because researchers have easier access to the substances, whereas cannabis research can only be performed through limited studies on the DEA-approved plants grown at the University of Mississippi. He looks forward to a future packed with possibilities for psychedelic healing, and stresses that we can also thank capitalism for strengthening psychedelic applications to wellness, hence why Delic’s integrational strategy matters.

“I know it’s sometimes a dirty word, but if you can build a wall of money around a product, then you can’t drag it back into infamy,” Matt told The Dales Report’s Amanda Siebert. “To bring these substances out of the illegal, illicit framework, you need capitalism to embrace them, because then it becomes part of the system instead of counter to the system.”

It’s definitely time to destigmatize psychedelics if we are to have any agency in treating some of the greatest health crises in our country today. As the Delic team likes to say, knowledge is power. By turning on and tuning into that power, they are ensuring that the human race has a chance to succeed instead of dropping out. 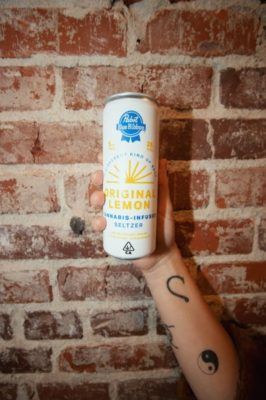 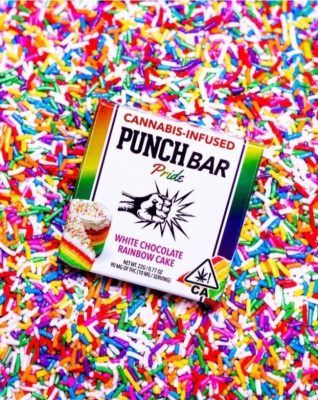