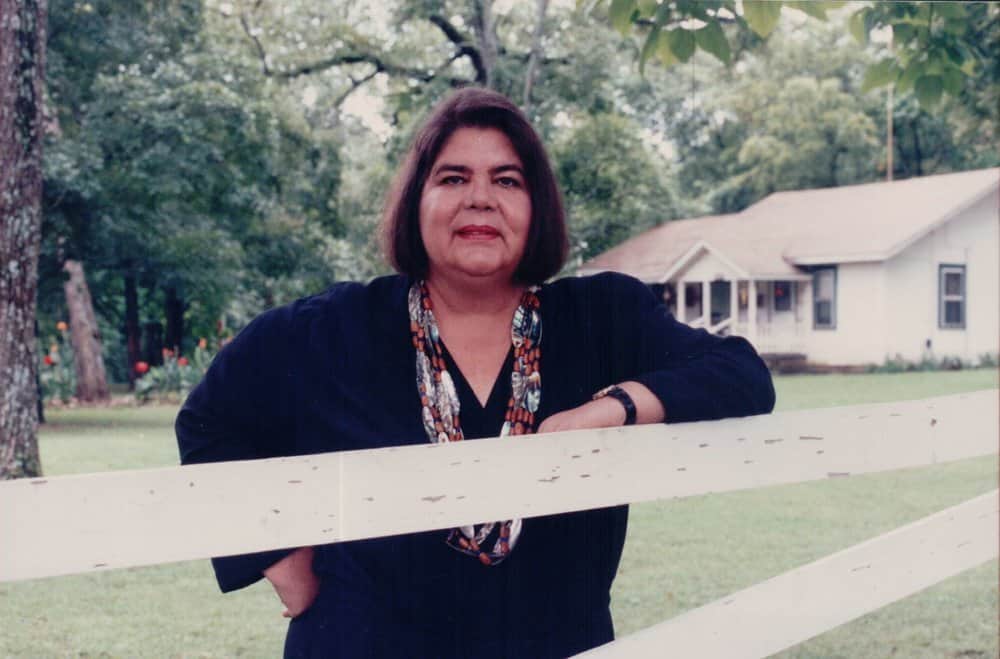 Superhero references keep coming to mind when watching Mankiller, the stunning documentary on the life of Wilma Mankiller, first female principal chief of the Cherokee Nation. The film is directed by Valerie Red-Horse Mohl and produced by multi-award-winning producer Gale Anne Hurd, known for bringing mythically empowered women to the large and small screens in Aliens, The Terminator, and The Walking Dead among others. But the true story of Mankiller surpasses them all.

Though largely unknown to those outside the Native American communities, Wilma Mankiller was a pioneer for her people, particularly in the years she served as deputy and then principal tribal chief (1983-1995). In the documentary, which was the centerpiece film for this year’s Athena Film Festival and is now showing on PBS around the country, we follow Mankiller’s incredible journey. (Her last name signifies a traditional Cherokee military rank; she often joked about it during her leadership.) From a childhood of displacement, when Native Americans in Oklahoma were relocated to San Francisco, to joining protests like the 1969 Occupation of Alcatraz Island, to returning to her old hometown as a single mother and living in her car with her two daughters, Mankiller survived numerous hardships with tremendous strength, passion, and empathy. Her perseverance and intuitive approach to community building endeared her to Democrats and Republicans alike, despite opposition from the then-male-dominated Cherokee Nation. As we learn, these attitudes of patriarchy were adapted from white Europeans; traditionally, Cherokee culture had valued men and women equally.

It was up to Wilma to redirect that thinking for the modern era. Throughout her tenure, Mankiller reinvigorated Cherokee culture through infrastructure projects that employed local populations, established tribally-owned businesses, revived Sequoyah High School through the Bureau of Indian Education, and helped establish the Government-to-Government relationship that now exists between the federal government and Cherokee Nation. Tragically, her life was cut short by chronic illnesses, but her spirit remains.

Famously, Wilma Mankiller thought of herself as “a pretty ordinary person that just happened to be given the opportunity to do extraordinary things.” But those who knew her best, like feminist icon Gloria Steinem (who appears in the movie and spoke with Mohl and Hurd at a post-screening Athena Festival panel), saw her outstanding bravery. She was the hero the world needed, but not the one it deserved.

In today’s chaos, says Gale Anne Hurd, Mankiller’s lessons are more vital than ever. She shared her thoughts on Wilma’s legacy, research on Native American cultures, advocacy for PBS and more.

JAIME LUBIN: The film is truly affecting. Watching it, I had tears running down my face.

GALE ANNE HURD: I find myself saying the same thing so much, and of course the tears of loss that she’s no longer with us at a time when her kind of leadership could be a shining beacon for what’s going on in the world. [That’s why] it was so important for Valerie and me to make the documentary, and to encourage people to watch it as it airs on PBS during Women’s History Month, and to encourage school districts and colleges to teach more women in the curriculum.

On the panel at Athena, you said you’re drawn to making stories about people who don’t realize the power within themselves. That’s a particularly powerful message in Mankiller.

Indeed. Whenever I’m having a bad day, I think about Wilma and the fact that she faced so much more, whatever I’m facing pales by comparison. And she had such quiet strength. She is really the kind of role model that I think we should all have whether or not we’re in politics. She listened to the other side. She always put her constituents first. And I love what Gloria Steinem said, that Wilma looked at leadership in a very different way, which is that she saw it as giving “power to,” or empowering her constituents, rather than having power over them.

You and Valerie have a long history of telling indigenous cultures’ stories in documentary form together.

Yes, many years ago I was chairing the Nicholl Screenwriting Fellowship at the Motion Picture Academy, and I read a fascinating script – a narrative script, so a fictional one – of the Navajos who served as code-talkers during World War II. And I thought that it was very important, since I am not Native, to partner with Native people and make sure we’re honoring them and telling their stories without cultural appropriation. Valerie had just directed a film called Naturally Native, and she was recommended to me by a mutual friend. I got in touch with her, thinking at the time that it was going to be a narrative film, a feature film, and we partnered with two other Native American women – Dawn Jackson, [now a global project manager for Disney] who was also involved with Mankiller, and Yvonne Russo, who’s gone on to an outstanding career on the East Coast. We flew to the Navajo Nation in the Four Corners area of New Mexico and Arizona, and we met with the surviving code-talkers; after discussions with them that went on for literally months and months, they finally said, “You know, this fictional story is very good. We’re very happy because it’s told from a Native point of view and not a white American’s perspective, but we’d really much prefer if you told the real story. If you told our story.”

So instead of the feature film, we made a documentary called True Whispers: The Story of the Navajo Code-Talkers for PBS. That was the first time [Valerie and I] worked together. And then we found out that the Choctaw Nation also had had code-talkers in World War I, and we made that story for PBS. And then Shirley Sneve, who is with Vision Maker Media for PBS, which is the Native Voices arm of the Corporation for Public Broadcasting, contacted Valerie and asked if we’d be interested in making a documentary about Wilma, so it actually goes back to Shirley.

Mankiller is airing on PBS all month. We should be aware that the Corporation for Public Broadcasting is in danger, and advocating for it.

That’s another thing that I feel is important to recognize. The current budget going forward in our nation has no funding for PBS, for the Corporation for Public Broadcasting, for National Public Radio, the National Endowment for the Arts, the National Endowment for the Humanities. And I cannot imagine our nation, and the people of our nation, without those vital resources. So I think it’s really important for people to be aware that those are all on the chopping block. If we don’t continue to shine a light on this, it’ll be too late. And once all these amazing organizations are dismantled, it’s going to be very hard to bring them back.

PBS is great in that it allows people from all across the political spectrum to see the same things, and it’s most striking in Wilma’s story that she was also universal in that way. When Ross Swimmer, then running for his third term as tribal chief, asked Wilma to be his deputy in 1983, he was a conservative Republican and she a liberal Democrat, but the combination worked spectacularly. These days, you start to wonder if we can ever achieve that kind of bipartisanship again.

Wilma, even from the beyond, has had such an impact. We screened the film twice in Washington, DC, once at the Capitol Visitor Center. Anything that is done at the Capitol Visitor Center requires bipartisanship. So we were introduced by Tom Cole, who we interviewed for the film, and he is a Republican elected to Congress from Oklahoma. He is a member of the Chickasaw tribe, and the Chickasaw also endured the Trail of Tears along with the Cherokee and three other nations. But the other person who sponsored the film was my Congressman, Adam Schiff, a Democrat from California. So the spirit of Wilma remains a uniting factor in bringing people on both sides of the aisle together.

At the Athena screening of Mankiller, you thanked the Lenape tribe, who are indigenous to Manhattan, where the film was showing.

Yes, we always thank the indigenous peoples of wherever we screen the film. I think it’s an important reminder that this was not always our land. I continue to read so much about indigenous cultures. There’s a fantastic book, 1491 – if you read that, it’s very possible that before Christopher Columbus, before the conquistadors and all of that, there were 100 million indigenous peoples in North and South America. The level of genocide that we’re not even aware of, to this day, is shocking. And when you read about it, you realize that they are the most marginalized people in the United States, and every bit of land that we now enjoy was theirs at one time.

[The Lenape] were part of the Delaware people. By the way, if you research them, you’ll find out that they did not believe they were selling the island of Manhattan. They believed they were sharing it. It was a very different cultural interpretation of what they were doing. And you’ll find out so many interesting things; for example, in the Lenape culture, wise women were valued just as much as they were in the Cherokee culture. In fact, the women of the tribe could remove what they thought to be incompetent male leaders.

It is [a crucial moment] in the film. And you know, we interviewed someone who said that they felt that that was not about jobs, when it could not be more to the point about jobs. I mean, that is exactly how you create good paying jobs for your populace – having them well educated and trained, and healthy. And I think that we’ve forgotten all of that. In our country teachers are paid so little that many of them have to take additional jobs. They’re not valued. We’re cutting back on health benefits for all. And I think we’re really forgetting what Wilma knew was important. I think the Cherokee Nation is in good hands because of the foundation that she laid, but I think the U.S. is going to have to relearn some of those lessons.

What are the lessons we can take from Wilma’s life and from the documentary?

I think the foremost lesson really is that even though we may not realize it, we all have leadership potential within us, and I think it’s especially inspiring for women who are considering running for office for the first time, whether it’s for the school board or for city council, that Wilma’s life and her story can provide great inspiration. We’ve partnered with organizations like She Should Run, Emerge America, All in Together, and EMILY’s List, because they are all helping women learn the tools and gain the resources that they need to run for office.

MANKILLER can be seen on PBS throughout March; find the full schedule here. For more information on Wilma Mankiller’s life and the documentary, visit mankillerdoc.com. Follow on Facebook and Twitter. 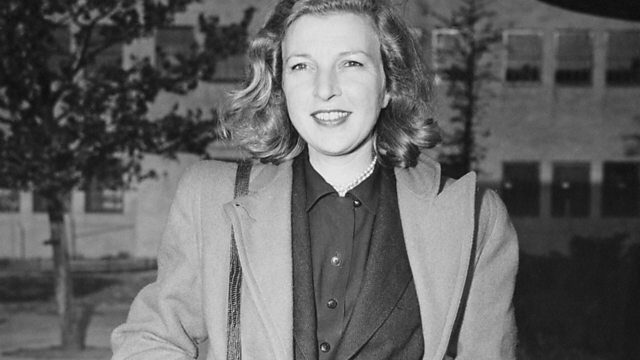 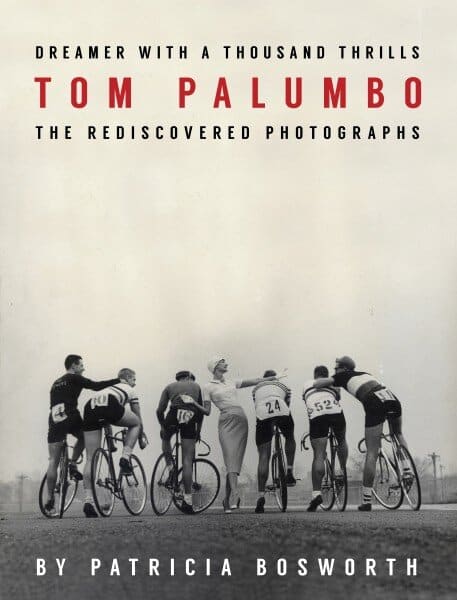